Potato Gnocchi
The potato crop is in; we bought Golden Delight’s at 50 cents a kilo this week – in fact we bought several kilos at that price. The reason – potato gnocchi! This is a lot easier to make than you may suspect and with a few cool breezes rising at dusk and the first snowfalls recorded, gnocchi makes great early Winter food which you can combine with your favourite sauces to make something pretty special for the hungry hordes. Also, after tasting your own homemade pasta you won't settle for store bought again!

Having made this dish for decades, and no returns, we have a few cheat secrets which have ensured success – number one; use self raising flour instead of plain flour – the ‘raising’ ingredient will help you make lighter fluffier gnocchi and also help when you cook them off to put in your sauce. Number two; let your sauce simmer and thicken, don’t begin it ten minutes before you’re going to drop your little pillows of potato pasta in, start it ten minutes before that to let the flavours develop. Number three; don’t overwork your pasta dough, less is more when making these, and too much flour or kneading will produce hard dough and inedible pasta.

Add enough water to a saucepan to reach a depth of 3cm. Bring to the boil over high heat. Place potato in a metal steaming basket and steam, covered, for 15 minutes or until tender. (It's best to steam rather than boil the potato. Boiling can saturate potato with water, which will increase the amount of flour required and result in a heavier gnocchi.) Transfer to a bowl and use a potato masher to mash until smooth. Season with salt and pepper; you can also add in some herbs like basil, chives or parsely at this stage if you want to add more flavour to your gnocchi.

Add the egg and stir with a wooden spoon until combined. Add half the flour and parmesan and stir until combined. Add the remaining flour, in 2 more batches, until well combined and a firm dough forms. (If dough is too soft, add more flour.) Turn onto a lightly floured surface and knead until smooth. Line a baking tray with non-stick baking paper or use a floured clean tea towel. Divide dough into 4 equal portions. Roll 1 portion into a 2cm-diameter log about 30cm long. Use a lightly floured knife to cut into 2cm pieces. Repeat with remaining dough portions.

Lightly flour your hands and roll each piece of dough into a ball. Use your thumb to roll each ball over a floured fork. Place on your tea towel.

Bring a saucepan of salted water to the boil over medium heat. Add one-quarter of gnocchi (drop onto base of pan in a single layer; but don't overcrowd as they can stick together. Cook for 3 minutes or until they rise to the surface. Use a slotted spoon to drain and transfer it to your bubbling pasta sauce. Allow to simmer while you do rest of gnocchi. Serve hot with a nice green salad.

The word gnocchi may derive from the Italian word nocchio, meaning a knot in wood, or from nocca (meaning knuckle). It has been a traditional Italian pasta type of probable Middle Eastern origin since Roman times. It was introduced by the Roman legions during the expansion of the empire into the countries of the European continent. In the past 2,000 years, each country developed its own specific type of small dumpling, with the ancient gnocchi as their common ancestor. In Roman times, gnocchi were made from a semolina porridge-like dough mixed with eggs, and are still found in similar forms today, particularly the oven-baked gnocchi alla romana and Sardinia's malloreddus (although these do not contain eggs).

The use of potato is a relatively recent innovation, occurring after the introduction of the potato to Europe in the 16th century. Potato gnocchi are particularly popular in Abruzzo, Friuli-Venezia Giulia, Veneto, Ciociaria and other provinces of Latium. As with other mashed potato dishes they are best prepared with floury potatoes to keep a light texture. 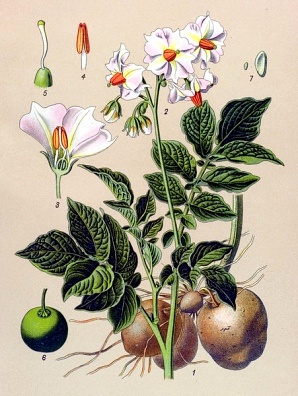 The potato was first domesticated in the region of modern-day southern Peru and extreme northwestern Bolivia between 8000 and 5000 BC. It has since spread around the world and become a staple crop in many countries. According to conservative estimates, the introduction of the potato was responsible for a quarter of the growth in Old World population and urbanization between 1700 and 1900. Following the Spanish conquest of the Inca Empire, the Spanish introduced the potato to Europe in the second half of the 16th century. The staple was subsequently conveyed by European mariners to territories and ports throughout the world.

The potato was slow to be adopted by distrustful European farmers, but soon enough it became an important food staple and field crop that played a major role in the European 19th century population boom. However, lack of genetic diversity, due to the very limited number of varieties initially introduced, left the crop vulnerable to disease. In 1845, a plant disease known as late blight, caused by the fungus-like oomycete Phytophthora infestans, spread rapidly through the poorer communities of western Ireland, resulting in the crop failures that led to the Great Irish Famine.

Thousands of varieties still persist in the Andes however, where over 100 cultivars might be found in a single valley, and a dozen or more might be maintained by a single agricultural household. 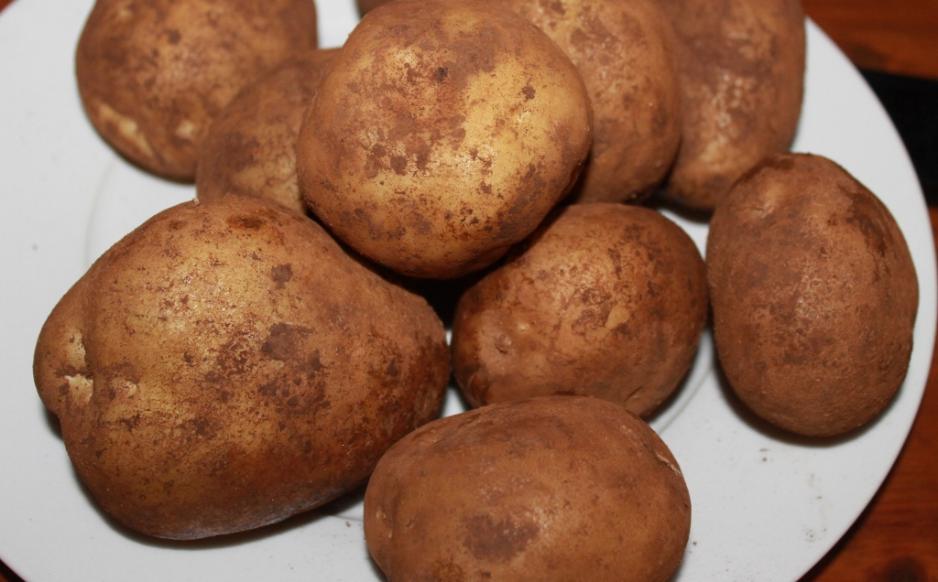