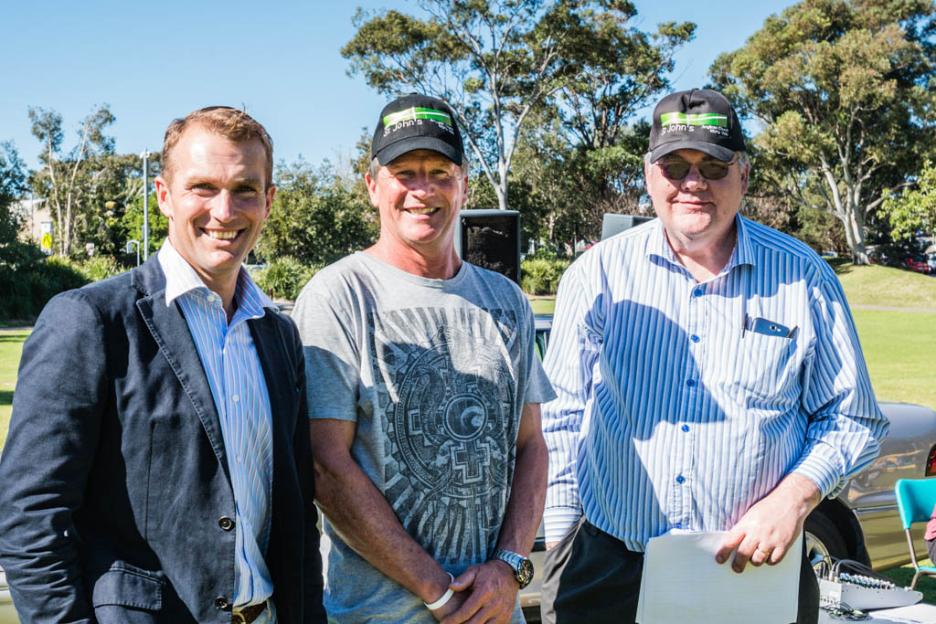 Although the target for this first year was $100, 000 was not reached a substantial amount was raised. When we checked last night, as it always takes time for everyone to collect their sponsors commitments, a quite substantial $18,301.00 was the total. Mr Corbett-Jones told us last week that funds raised will enable World Vision to feed families in Malawi.

Member for Pittwater, Hon. Rob Stokes, attended the Break the Famine Lunch was asked by John Reid of St John’s Mona Vale, to say a few words to the children and adults present. After thanking all present who had participated as either children in the 40 Hour Famine or adults who had given up something such as coffee for 40 days, or those who had sponsored those participating, Mr Stokes provided an insight into the differences between life here and life in Malawi;

Your sponsorships are going towards some very important work which Amanda from World Vision is going to tell us about and I’d just like to put it into context. The focus of this year’s 40 Hour Famine is the nation of Malawi where a huge number of people are living on less then one dollar a day; if you were to add up all the money that has been contributed by Federal Government, State Governments, by local Councils, and then divided it by the number of people living in Australia and then times it by 365 so you could get a daily rate, we are spending, juts in public monies alone, something more then 500 hundred dollars a day just on basic services for the Malawi population. Then, on top of that, you have the new costs incurred everyday, whether they be rent or a mortgage or power, water, buying food…all those things that we pay for everyday, you quickly arrive at a figure for each of us at well over one thousand dollars a day. If you compare that to one dollar a day in Malawi you realise suddenly that we are at least one thousand times better off in real terms then some of the people who are going to benefit through the 40 Hour Famine. We are shockingly privileged and shockingly wealthy when we look around the globe as a whole, and particularly here in the most beautiful area of all here in Pittwater.

I want to thank in particular everyone who has sponsored today, including our local Council and all of the many Sponsors who have given so generously to make today a success, particularly those who have participated either by going without or by giving. Hopefully in future years this will continue to be held and Pittwater will be known for its generosity and spirit.

So thank you to all who have participated, from each of the churches, from the schools and the Pittwater Business Limited, including our local Council and all of the many Sponsors who have given so generously to make today a success, and particularly those who have participated either by going without or by giving. Thank you for your concern for others.

Mr Reid, in introducing Amanda Carey from World Vision, stated that those who have did the 40 Hour Famine or gave up something else did not feel that they had given up a lot; “Some of the kids have given up talking, some of the kids have given up electronics, one of our staff members has given up sleeping on a bed or watching television too and similar things for 40 days. These are really a drop in the ocean but it reflects our care from the community and in particular the wider community for the people of Malawi.”

A few extracts from Amanda Carey’s address;
The thing I like the most about Malawi and the other close to one hundred countries that we work in is that we’re all about community and community development. And I love that today it is community rising together and coming together to help community in Malawi. I think that that is a really powerful thing; that we can come together, that we can make change, and the fact is that we can’t actually do this without each and everyone of you.

When you’re working through social justice with poverty it’s kind of like a big jigsaw puzzle and each and every one of us fit into that puzzle …and if we’re missing one or two pieces then we can’t actually complete what we need to do. So I really encourage you, no matter how small or big your part is in that, we need each and every one of you to be able to continue doing what we’re doing; for the work of World Vision and other charities as well.

This year our focus is Malawi and Africa. At the moment there is a severe hunger and food crisis happening there, and more then 1.9 million people are really really hungry and they don’t have enough to eat. Most of them are living on less then fifty cents a day to feed a family of five or six or more and, as Rob said before, that is so different to how we live.

When we look at the reasons for why this happening the first that is prevalent is environmental; in Malawi they often suffer drought and floods. Most countries will experience either a drought or a flood but in Malawi they have both. That makes it really hard for them to grow crops and the food that comes from them. They also have the economic side, where the cost of living is so high that they cannot afford to buy anything because the money that they are earning is so low.

I want to encourage you today by letting you know that the aid does work. Over the last few years, with the millennium development goals, we’ve seen more children in schools then we’ve ever seen before. We’ve also seen less children under the age of five dying then ever before. I think that is something to be celebrated and for you to know that the money that you put towards these projects does work and is making a change.

World Vision is providing things like improved farming, seed packs, irrigation programs, reading programs and self sufficiency in Malawi. World Vision is about helping communities sustain and continue to work so they can continue to do what they’re doing on their own and then don’t actually need World Vision anymore. That is our ultimate goal; that they become self-sustainable.

So I’d really like to thank you once again for doing the 40 Hour Famine and coming along here this weekend to be here and coming along today to be part of this great community event. By turning up here today it shows that you want to continue to give hope to our friends in Malawi by giving up something this weekend. Thank you very much.

Special thanks and acknowledgments went to Mark Corbett-Jones for all his hard work in ensuring the success of this first ever Pittwater Famine Village and the Mona Vale Chamber of Commerce also received thanks for contributing the sausages, bread rolls and jumping castle entertainments to the Break the Famine Lunch.

Donations to the 40hr famine of $2 or more are tax deductible and can be made online at www.pittwaterfaminevillage.com.au
Volunteer Photography Public gallery at: http://gallery.volunteerphotography.org/p949701322 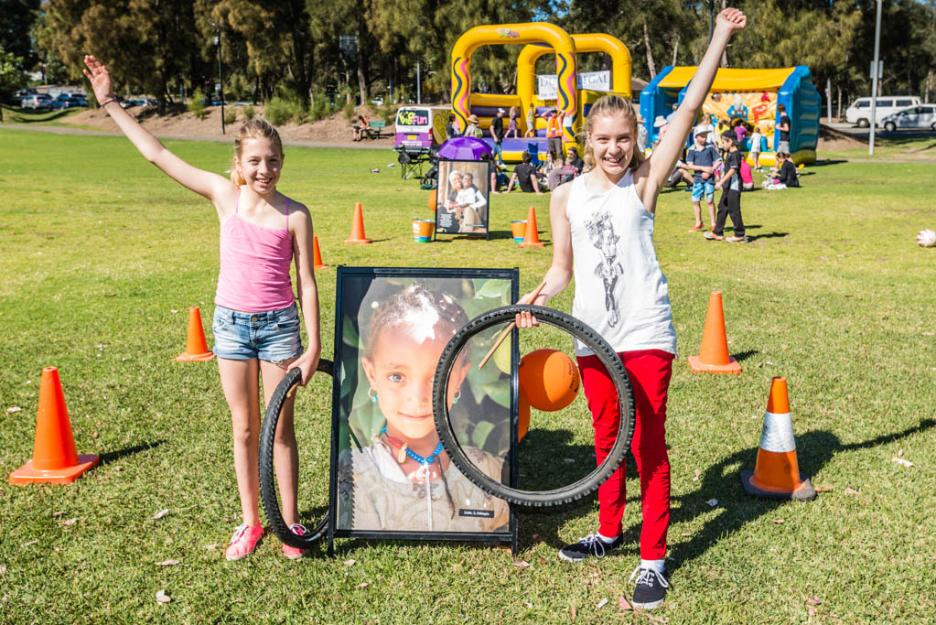 Payge and Taylah Hillier - having some well earned fun! 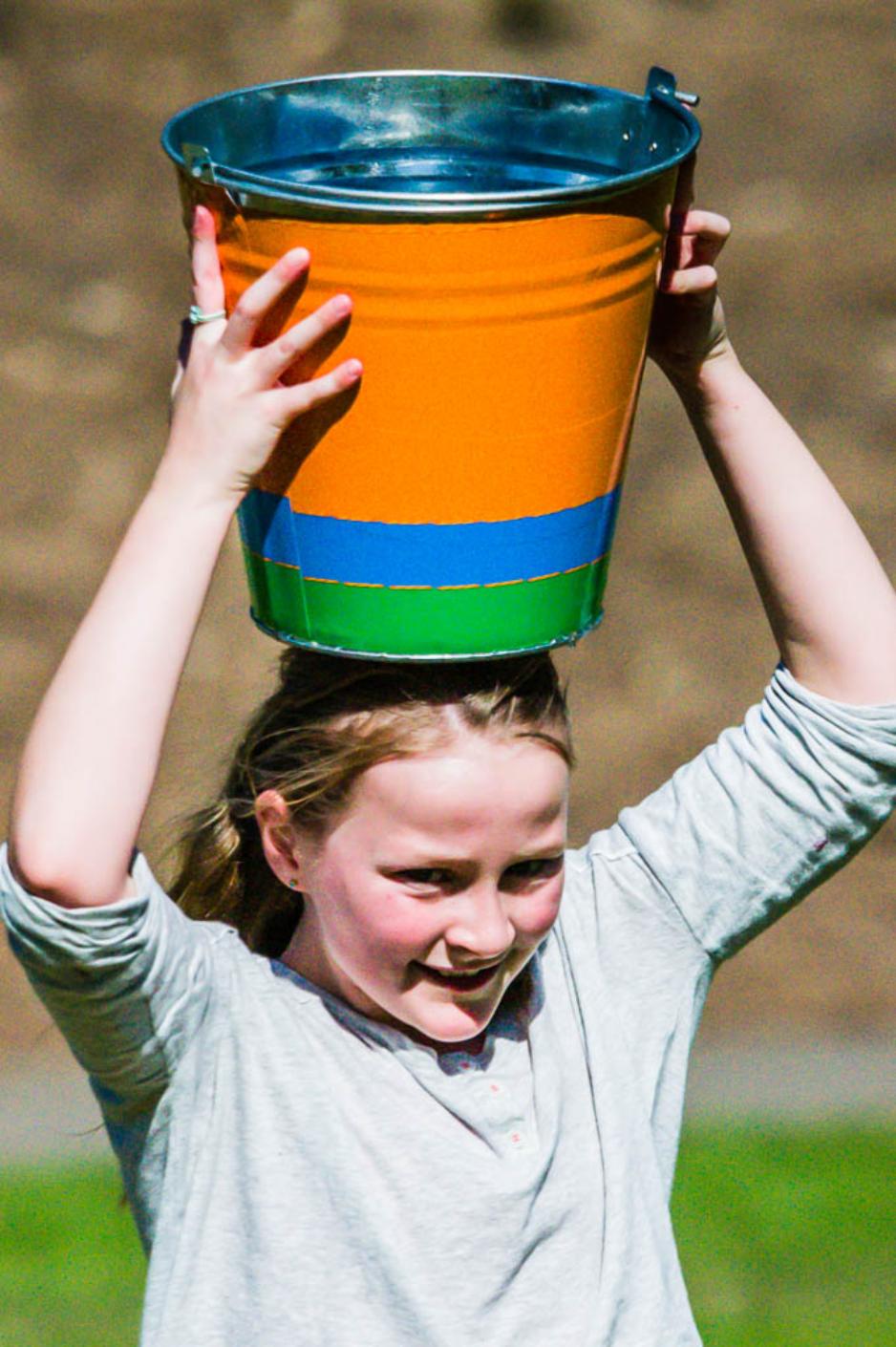 Hannah Blair - games were organised as part of the Break the Famine Lunch. 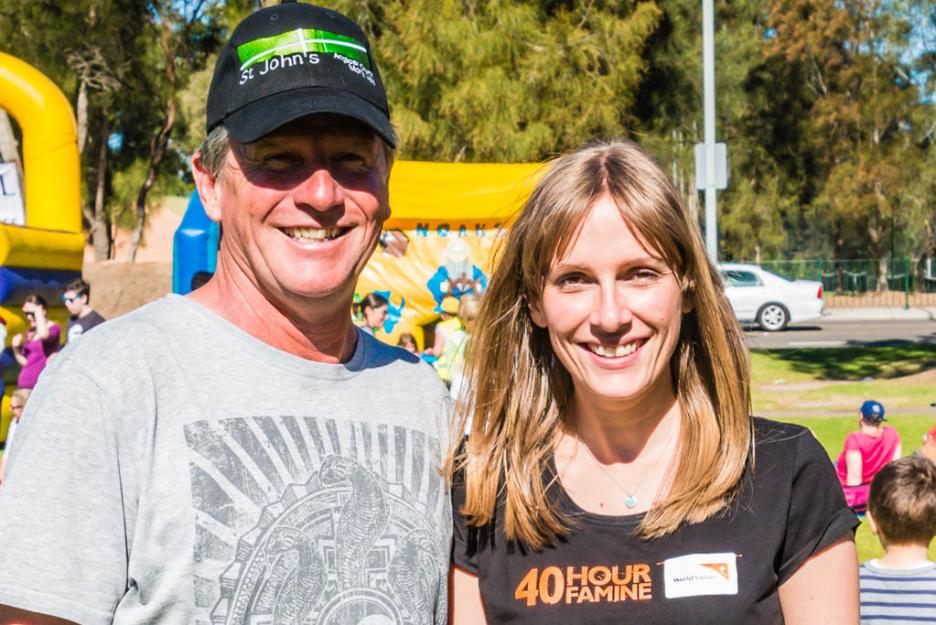 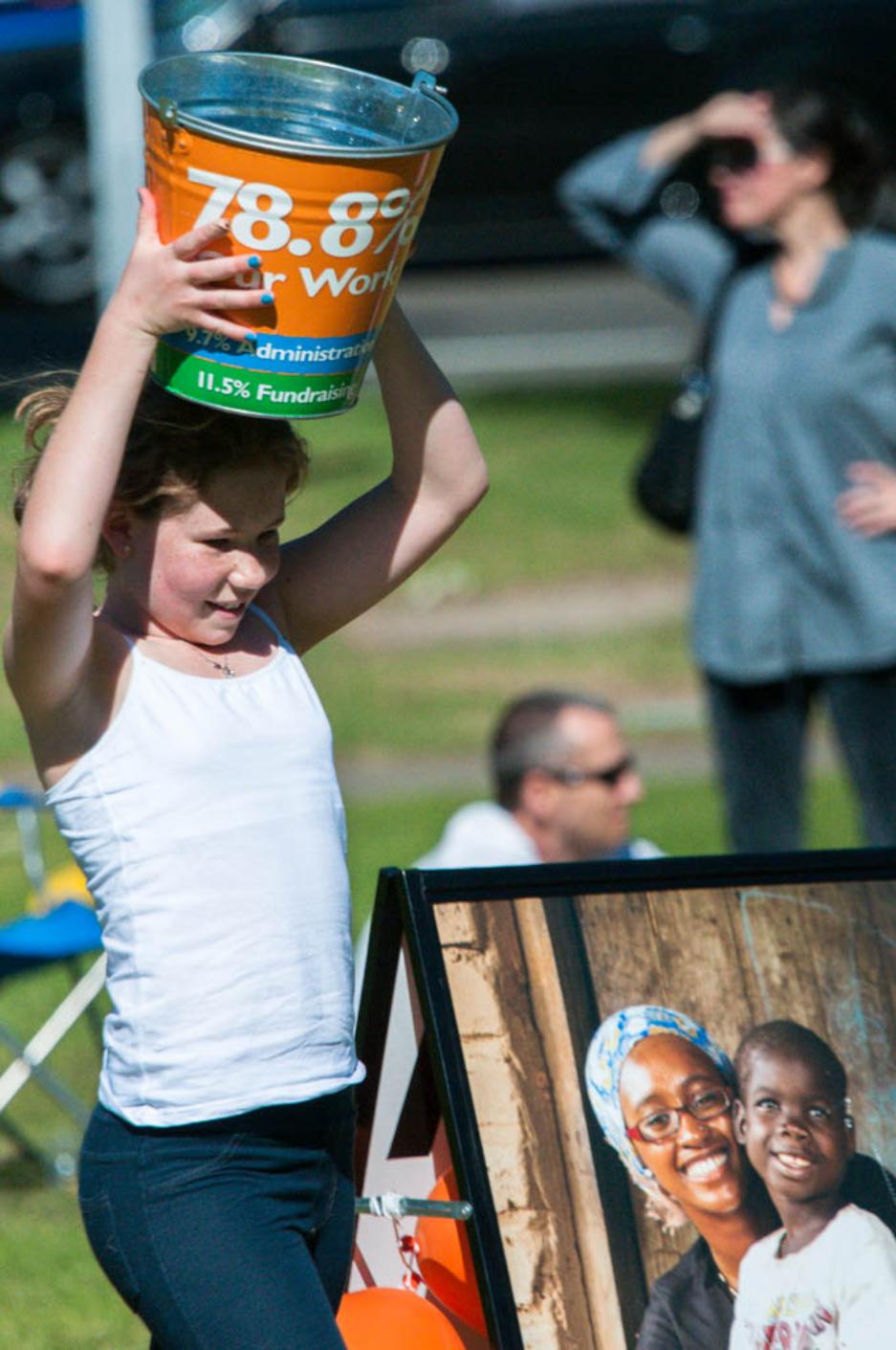 Kirra Jackson - joining in the fun.

Text by A J Guesdon. Photos by Michael Mannington, 2013.