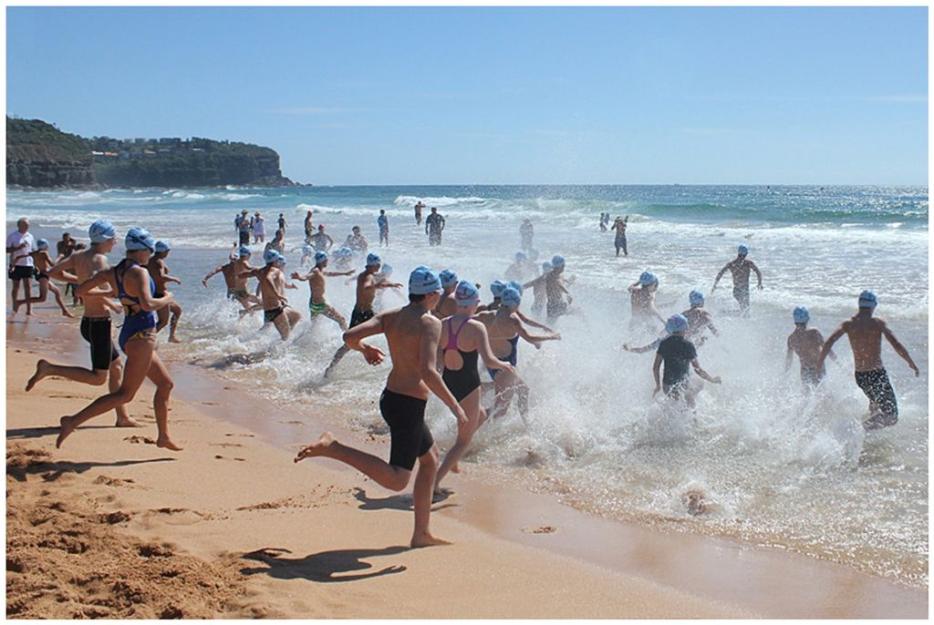 Pittwater Council will again support the Pittwater Ocean Swim Series during the 2014/2015 season with a grant of $5,000 approved at council's meeting on 18 August.

The grant will help the participating surf clubs Bilgola, Newport, Avalon, Mona Vale and Whale Beach to promote the series bringing swimmers from all over Australia and overseas.

In their submission to council the clubs emphasised the value of the swims to the region with local businesses benefiting from participants and their families patronising cafes and restaurants and other businesses while in the area.

The ocean swims give the opportunity to showcase the unique environment of Pittwater with tourism the likely winner.

Ocean swimming is a growing sport with many clubs holding events up and down the coast making it a very competitive to attract swimmers. The Pittwater clubs are focusing on making the Pittwater Ocean Swim Series a true festival of ocean swims with excellent cooperation with each other with promotion, gear and safety craft.

According to Rob Berry, one of the organisers of the series, the swims are major fund raisers for the clubs with funds going towards essential life saving equipment.

"This means the local community, as well as the many visitors to Pittwater during the summer season, benefit from enhanced safety at each beach. Operating a surf club is very expensive these days with a lot more gear required in the form of IRBs (inflatable rescue boats) fuel and many other costs.

"We greatly appreciate the support of Pittwater Council for the series. We believe it will be of benefit to the whole community as the Pittwater region will be promoted strongly through advertising in traditional media as well as online through the ocean swimmers' "bible" the website www.oceanswims.com, the clubs' websites, Facebook pages and newsletters," said Rob.

He also thanked local travel agency Travel View for providing return airline tickets for two to Byron Bay for the ocean swim classic to be held there in May next year. The Byron Bay club has provided free entry for two for their swim and Bay Royal apartments have kindly donated three nights luxury accommodation.

"All swimmers who compete in three of the five swims will go into the draw for this prize and that will be a real incentive for all ocean swimmers to enter as it is a lucky draw not based on swim times," Rob added.

The Bilgola ocean swim will be held on Sunday 7 December followed by Newport on 4 January, Avalon 11 Jan., Mona Vale 18 Jan., and the Palm Beach to Whale Beach (The Big Swim) on 25 January. Entries for the swims will be available on www.oceanswims.com

Each club also has prizes for swimmers in addition to the major prize of the trip to Byron Bay.

Warren Young (Wazza) from Avalon SLSC has successfully negotiated the prizes for the Pittwater Ocean Series, the same as last year. That means the winner will enjoy return flights for two to Ballina/Byron Bay, 3 nights luxury accommodation at Bay Royal Apartments for two, directly opposite the beach. The prizes also include entry for two into the Byron Bay Classic on Sunday 4 May 2015.

We need to support the providers of these great prizes which will help to attract swimmers from all over the nation and around the globe!

Travel View is an award winning travel agency based at Avalon. They can be contacted on (02) 9973 4455 or at their website www.travelview.net.au The Bay Royal invites you to lose yourself in the style of Byron Bay's premier self contained luxury apartments. Contact them on 66809187 or visit their website www.bayroyal.com.au