These delightful Pacific Black Ducks were photographed taking a bath on Careel Creek during the week; not an easy task when you have waterproof feathers, but certainly necessary to keep down parasites. 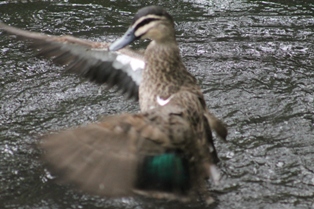 The Pacific Black Duck (Anas superciliosa) is mostly mid-brown in colour, with each feather edged buff. The head pattern is characteristic, with a dark brown line through the eye, bordered with cream above and below and a dark brown crown. The upper wing colour is the same as the back, with a bright glossy green patch in the secondary flight feathers. The white underwing is conspicuous in flight. Young Pacific Black Ducks are similar to the adults in plumage.

The Pacific Black Duck is closely related to the Mallard, A. platyrhynchos, introduced into Australia from the Northern Hemisphere. The two species are very similar in habits and occupy the same niche in the two regions. The two species will interbreed in situations where Mallards have been released. The Pacific Black Duck is one of the most versatile of the Australian ducks. It frequents all types of water, from isolated forest pools to tidal mudflats. Pacific Black Ducks are usually seen in pairs or small flocks and readily mix with other ducks. In the wild, birds are often very wary of humans and seldom allow close approach. It is found throughout Australia and the Pacific. 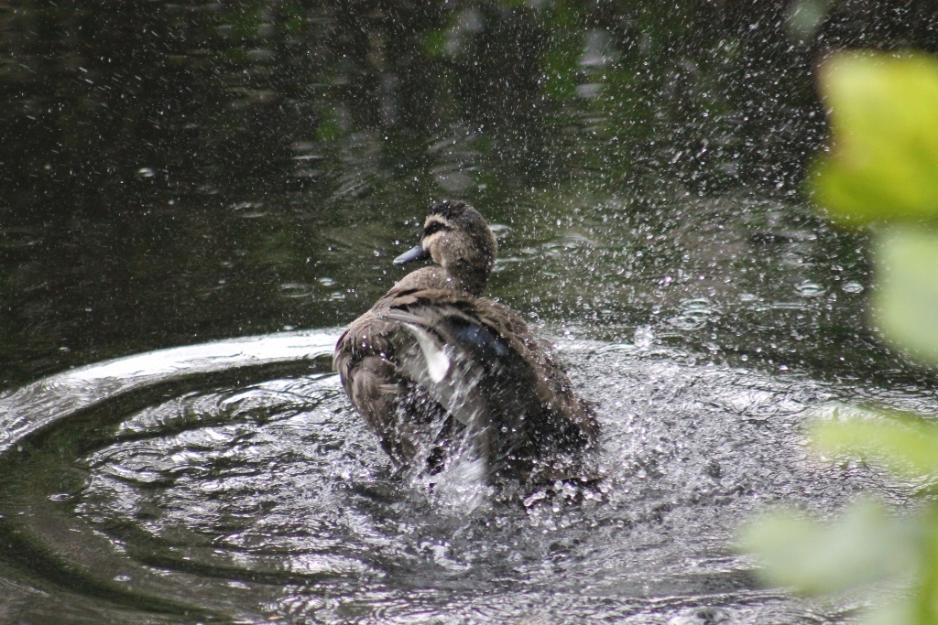 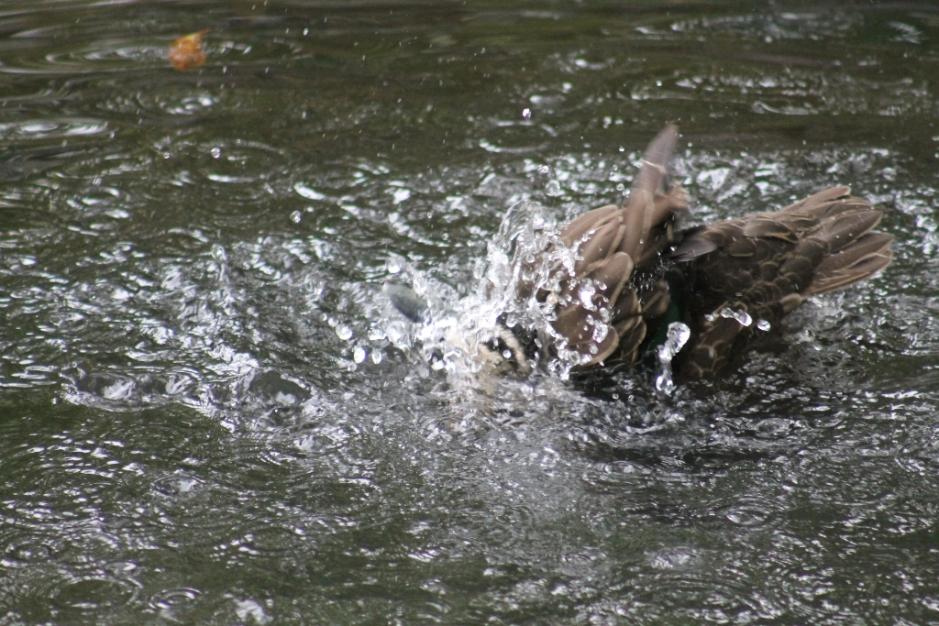 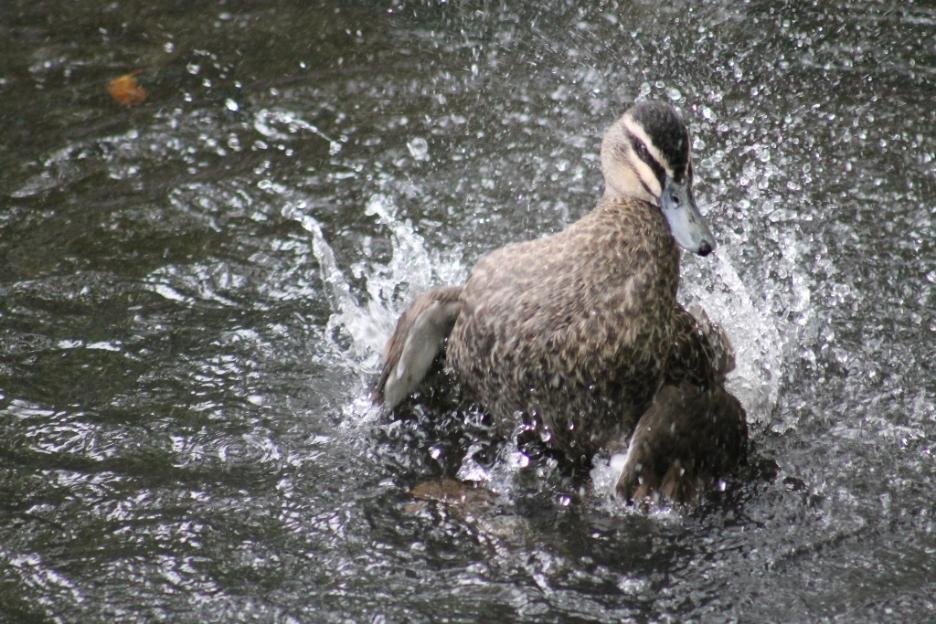 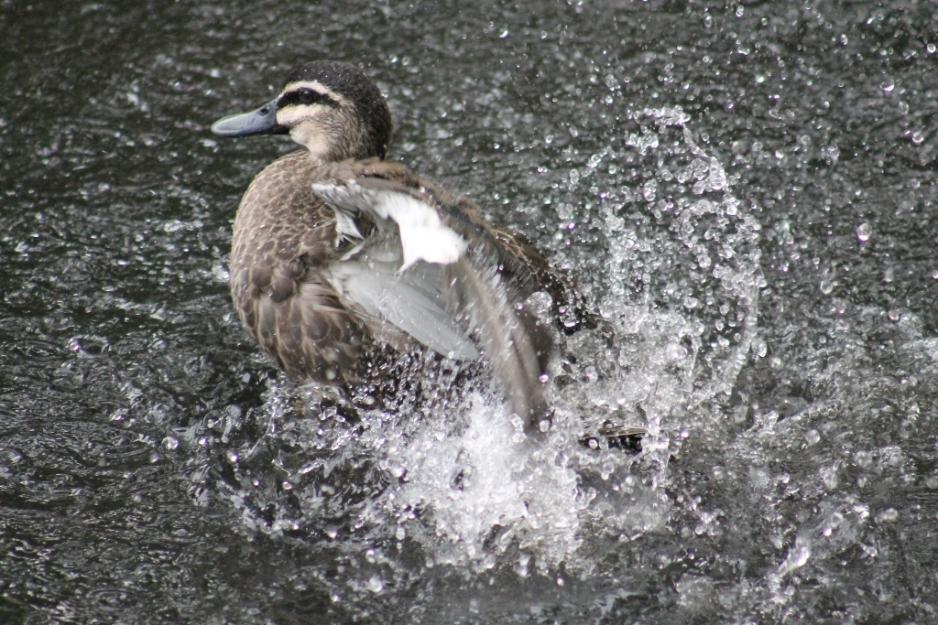 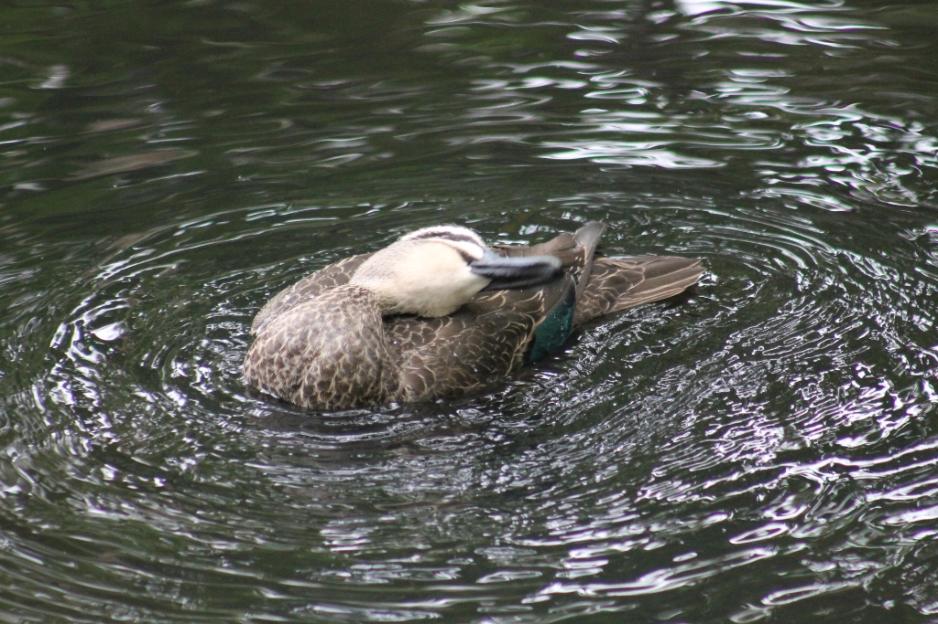 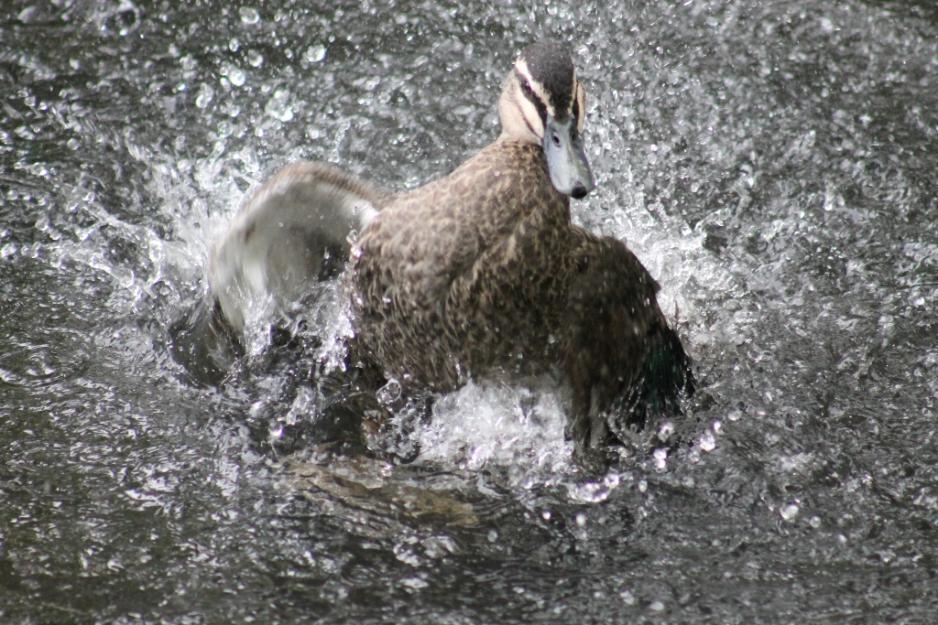 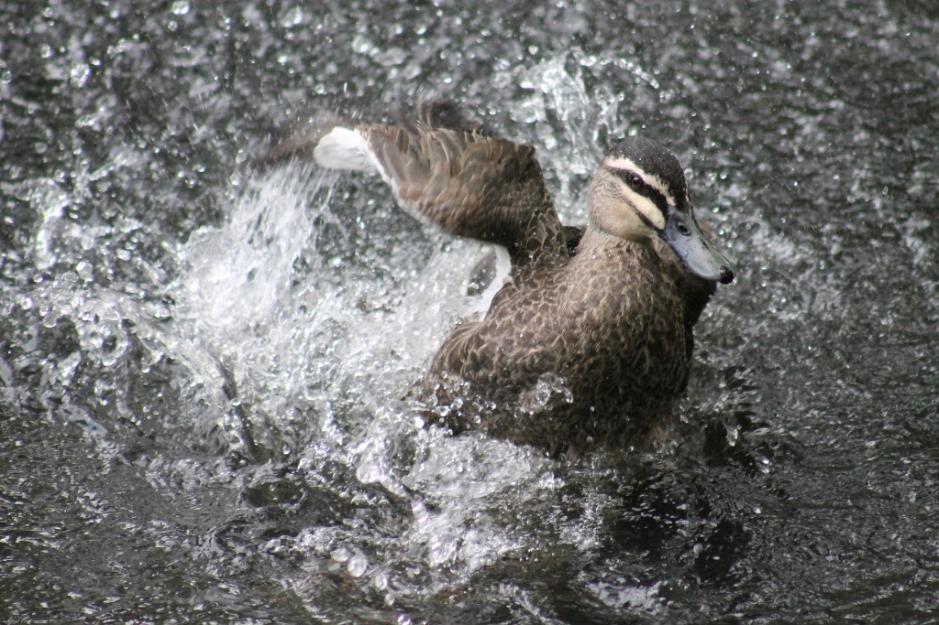 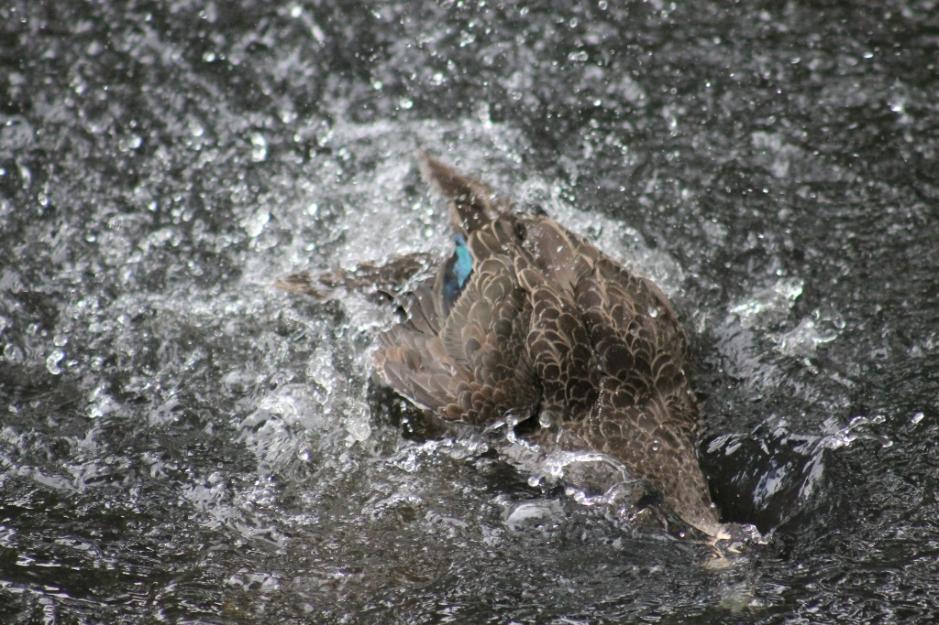 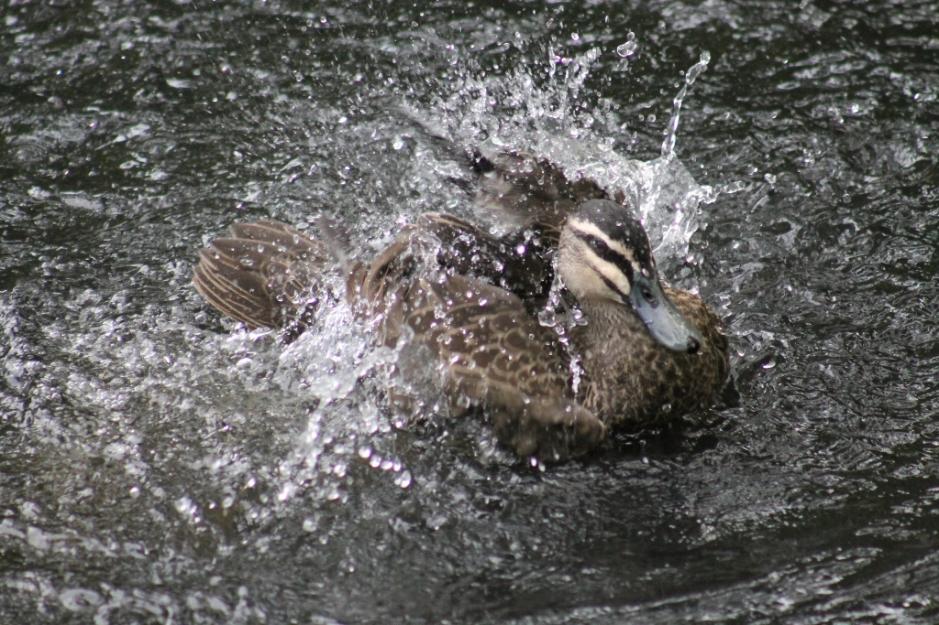 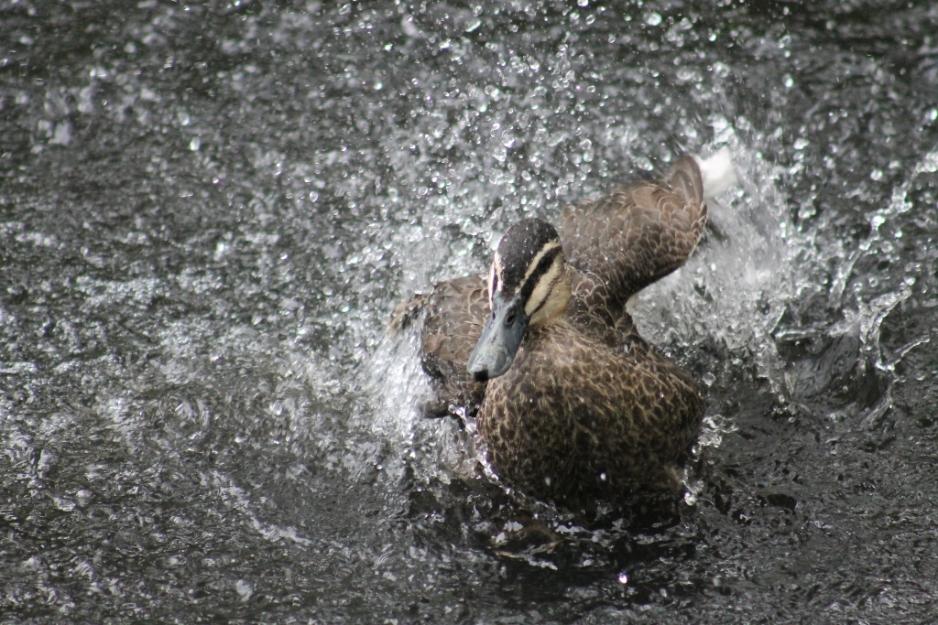 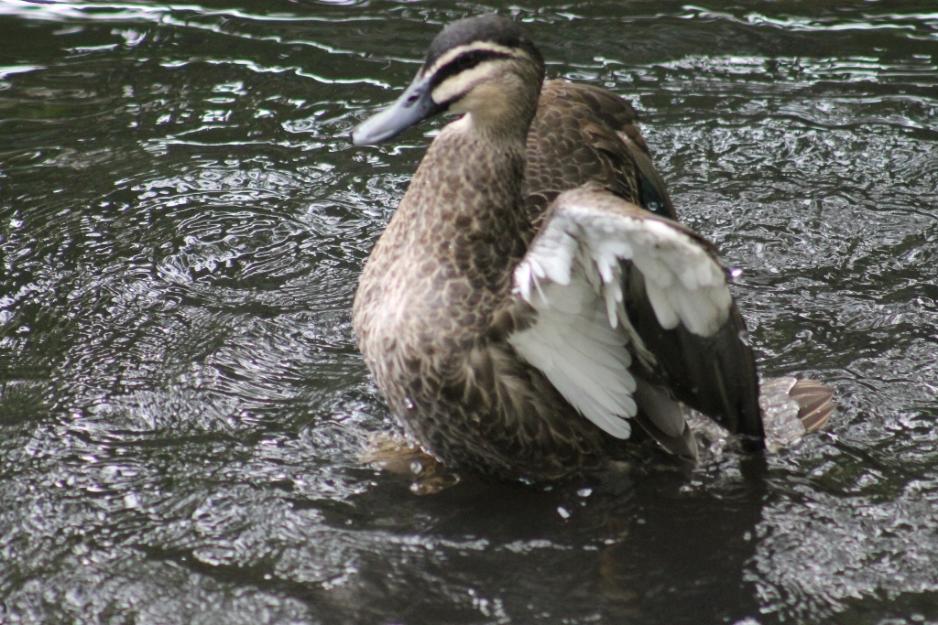 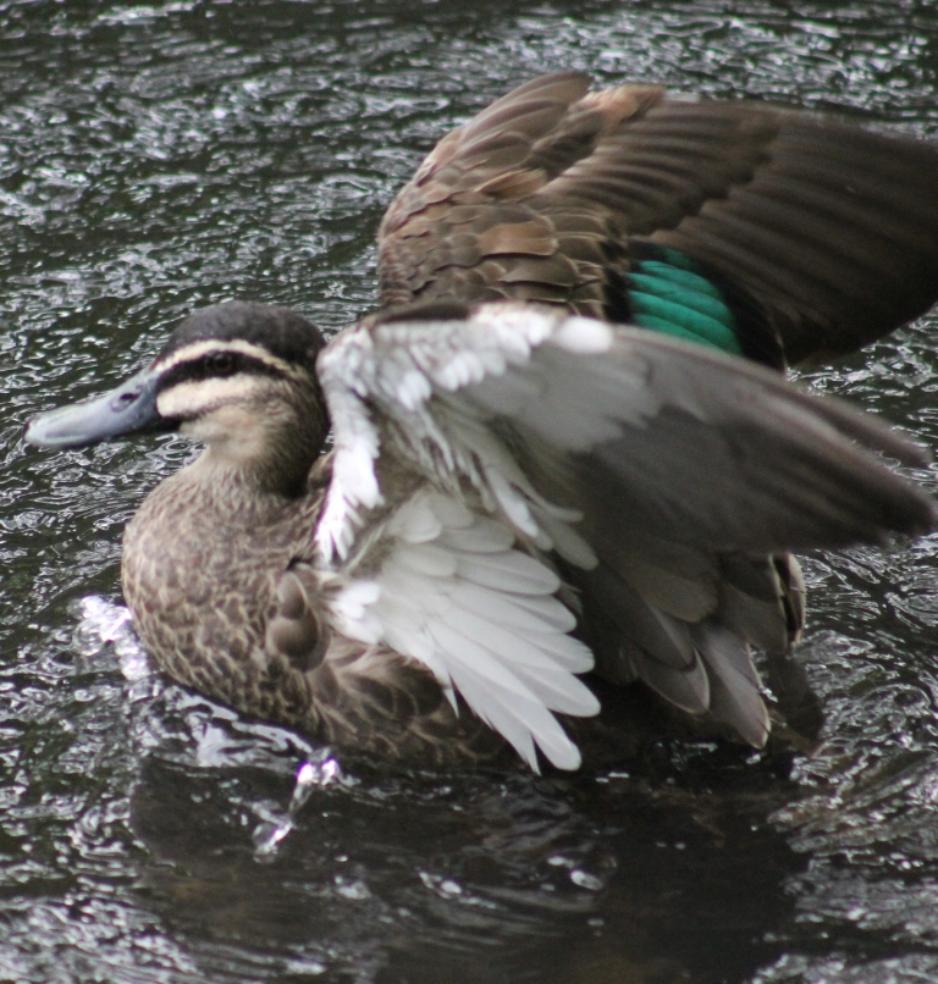