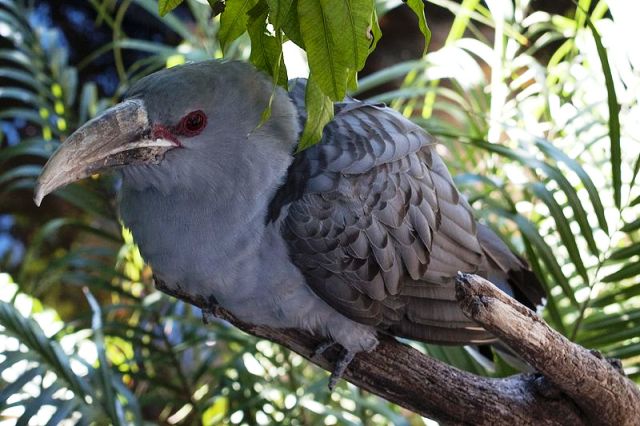 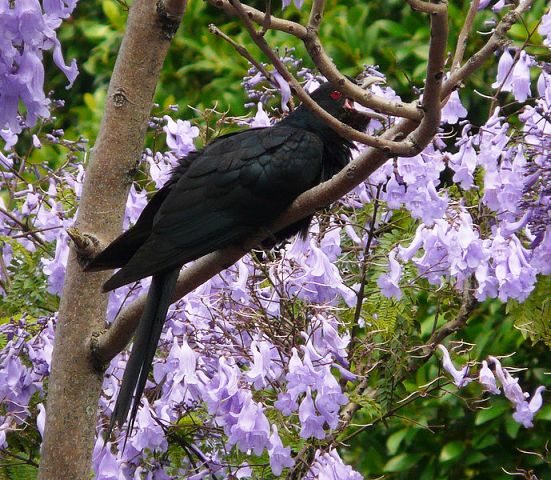 Is it my imagination or are Channel-billed Cuckoos really worse than ever this year? I mean more plentiful and noisier! The shrieks and screams you hear, often in duet and during the night as well as day come from these large grey birds.The clamour of Currawongs pursuing them adds to the din.

This large cuckoo spends our colder months in northern Australia, New Guinea and Indonesia, returning south to breed, arriving in Sydney about the middle of September. A  lot of the racket they make is to distract their host birds from attending to their nest, so the female can quickly deposit an egg, or three.

One year we had three gawky juveniles clamouring for food from their foster parents, a couple of Pied Currawongs, who looked absolutely exhausted. Not that I felt truly sorry for them, given their predatory  habits on other birds.  For more details go to http://www.birdsinbackyards.net/species/Scythrops-novaehollandiae

Almost as noisy a cuckoo  is the Koel, another summer breeder. Its call sounds like Ko-el, oft repeated, also a wurra-wurra call. The male is glossy black with a red eye and the female splotched and barred brown and cream. Red Wattlebirds are their hosts. More details: http://www.birdsinbackyards.net/species/Eudynamys-scolopacea

Wattlebirds and Currawongs can raise a brood of their own in early spring before these cuckoos arrive, ensuring there will be future hosts. Come the middle of March, adult and juvenile cuckoos head for warmer climes once more.