Navy ASRL Open Finals – and Interstate 2015 Surf Boat Championships
Navy ASRL Open Finals – and Interstate 2015 Surf Boat Championships Northern Beaches Surf Boats Triumph
NAVY is the naming rights holder of the 2014-15 Australian Surf Rowers League Series. The 2014-15 NAVY Australian Surf Rowers League Series consists of 30 events around Australia from October 2014 to February 2015 and are held on some of the country’s premier beaches.
The Australian Surf Rowers League was born in New South Wales in 1992 as the International League of Australian Surfboat Rowers Inc. (ILOR) and currently has over 3,000 members from over 260 clubs which make up over 550 crews competing nationally each year.
A number of clubs from the Pittwater region competed against the best surf boat rowers in the country last weekend at the Navy ASRL Open. Over 300 crews competed in six categories at Warilla Barrick Point beach. The three day competition was scheduled for Shellharbour but due to the surf conditions event organisers made the decision to move the event to nearby Warilla.
The Clubs from Pittwater shined throughout the competition. Peter Spence, Boat Captain from the Palm Beach SLSC was pleased with the event on he weekend.

"We are stoked with the results for Palm Beach. With two golds and a bronze this was our best ASRL Open yet".

"The win from the Open Women & Reserve Grade was thrilling for the rowers in both crews as it was their biggest wins in the sport and some of them have been rowing for close to 10 years".

Aaron Tannahill, whose great photographs appear here told us, "Although we had to move the event everyone had a brilliant time. The competition was tough and the conditions were testing"

"In addition to the main competition we also had the SLSA Interstate Championships. Saturday morning was state v state and NSW came out as the winners"

Competitors will now compete in a number of branch and state carnivals before heading to Tugun for the SLS Australian Championships.

2015 NAVY AUSTRALIAN OPEN UPDATE AND RESULTS
DAY TWO SATURDAY 21 FEBRUARY
Racing was held today in a clean one metre swell, which was challenging but crews are coping well in the conditions.  Heavy rain fell for most of the day.
Today’s racing was made up of the Navy National Interstate Surf Boat Championship  and heats and qualifiers for the Open Men, Open Women, Under 23 Women and Under 19 Men  division with the qualifying crews racing in the finals tomorrow, Sunday 22 February.
The Navy National Interstate Surf Boat Championship was completed today and results are:
Overall
1 - NSW
2 - QLD
3 - WA
4 - VIC
5 - SA
Surf Life Saving NSW
February 21: It was a double celebration for the Manly and Palm Beach women and men's crews who represented NSW at the Interstate Championships at Shellharbour. Apart from beating the best from other states, Palm Beach and Manly also did the relay and won that as well, while the Mona Vale crew came third in the reserves. What a weekend for the Sydney Northern Beaches crews.
The results from Navy National Interstate Surf Boat Championship: 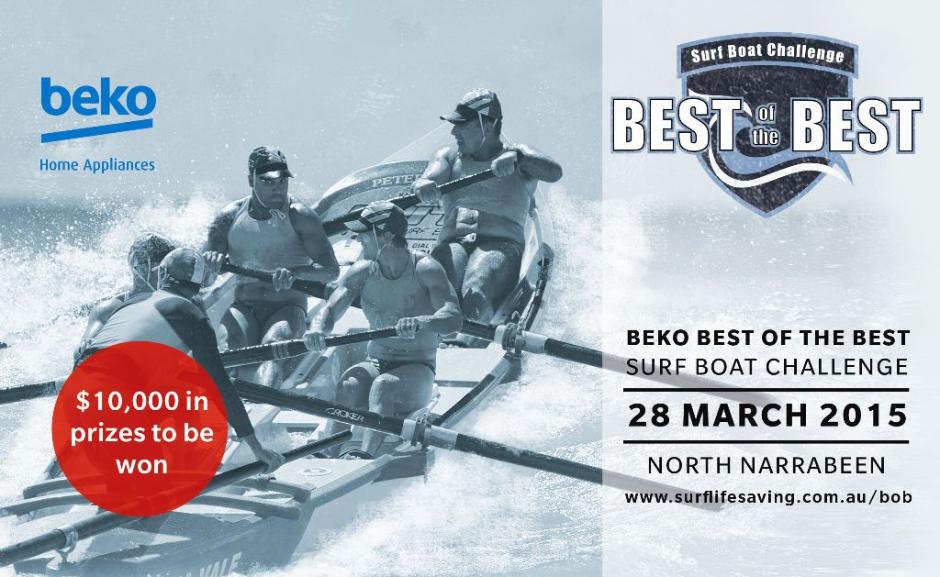 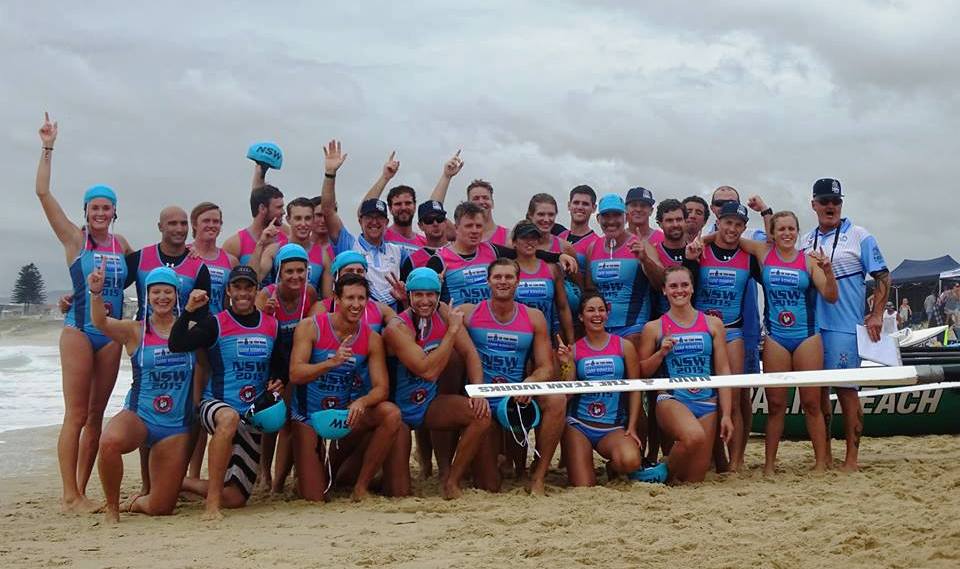 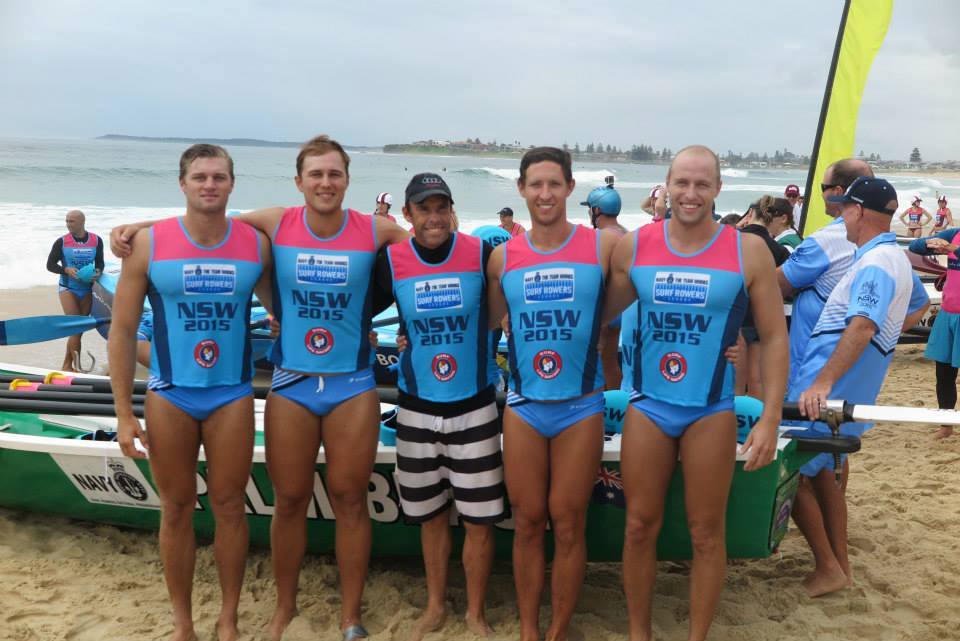 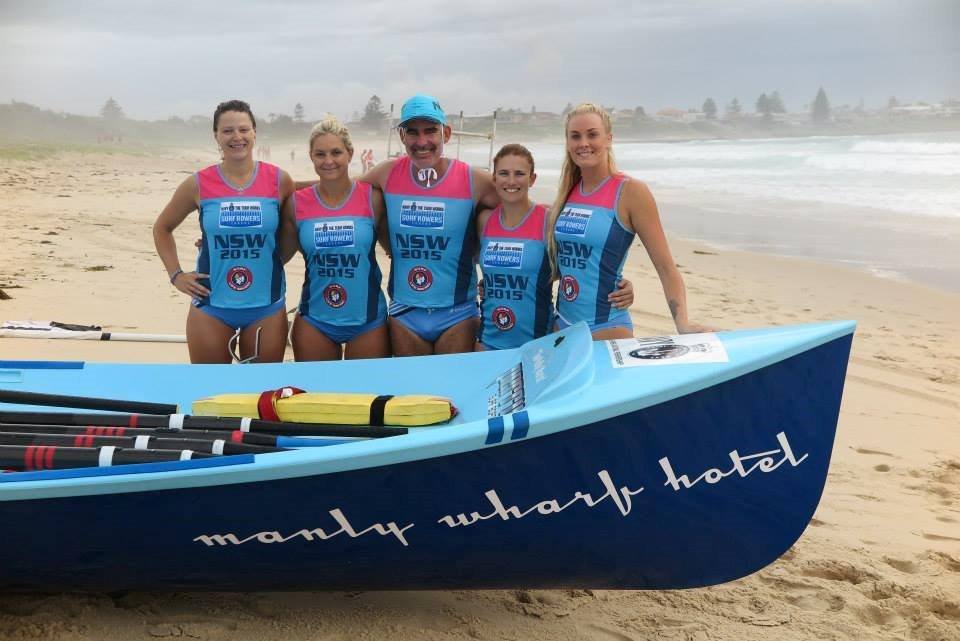 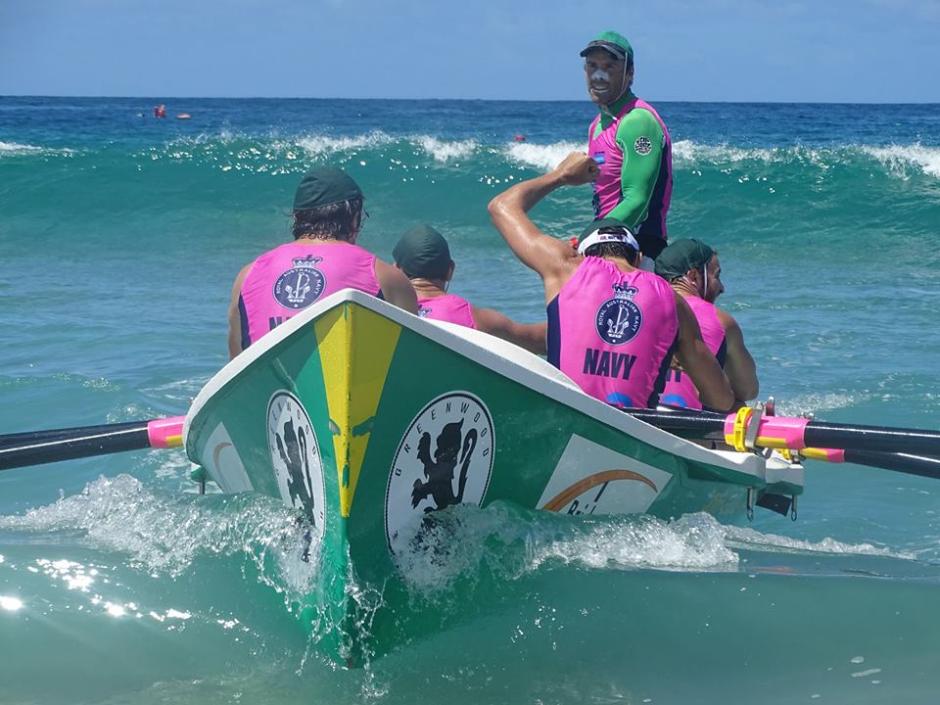 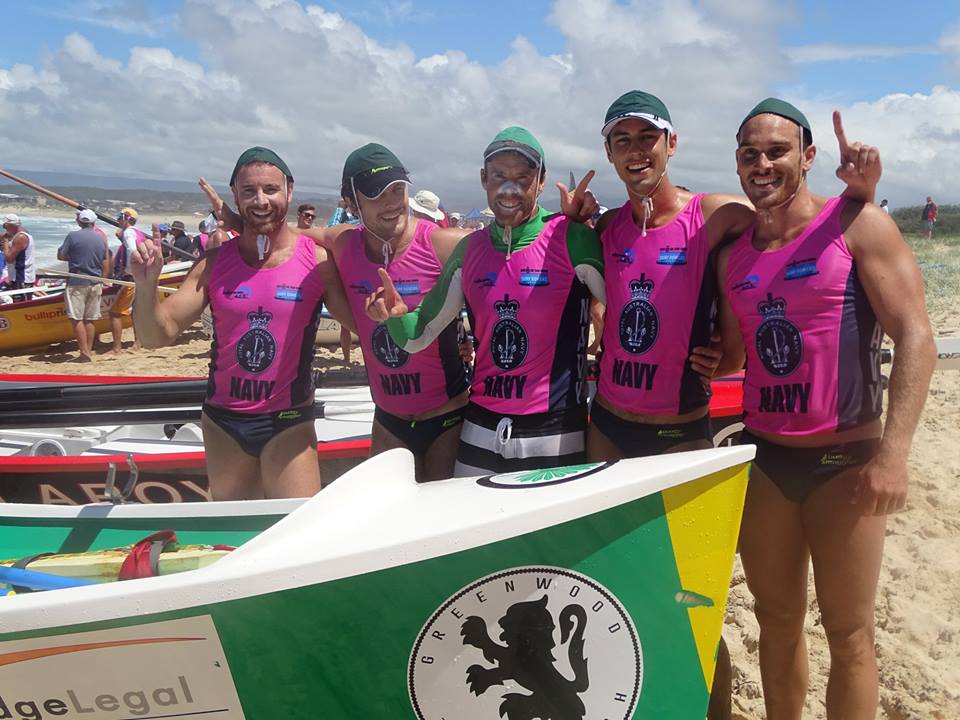 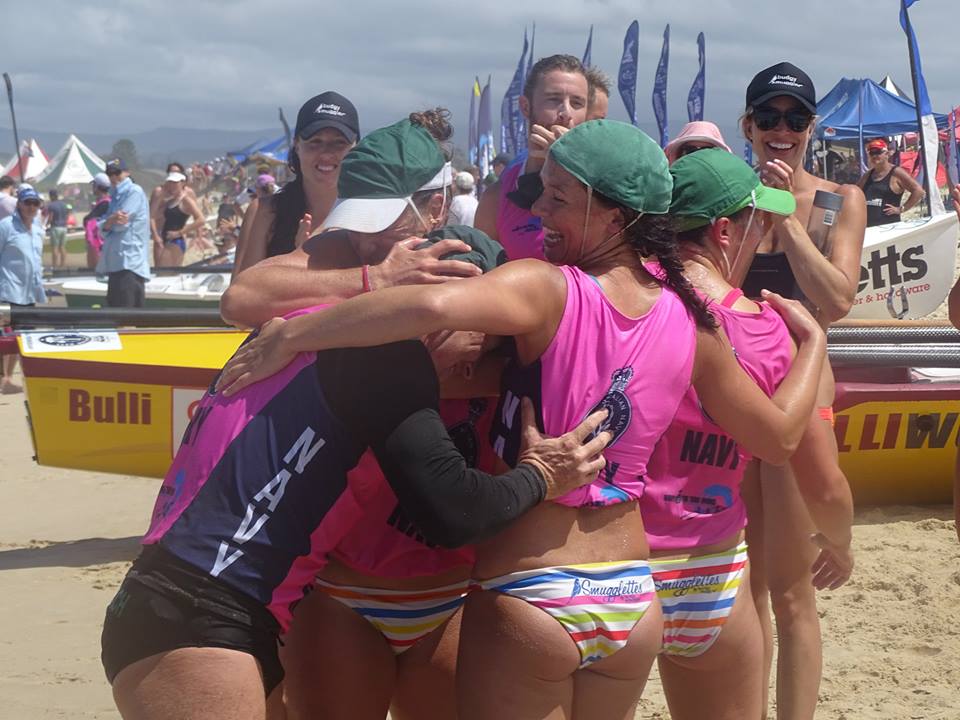 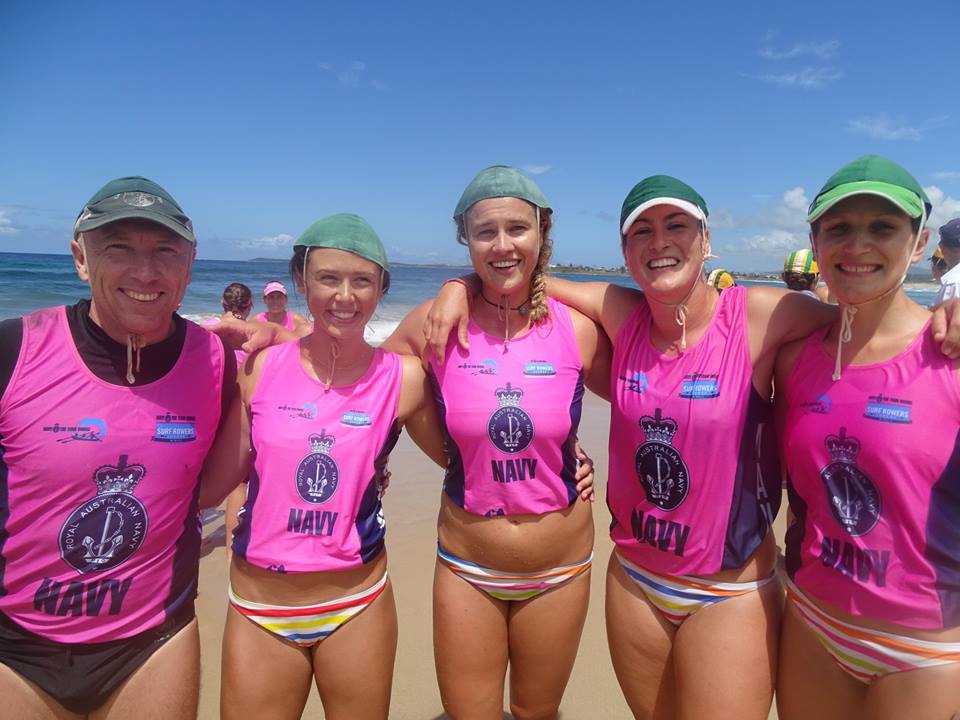 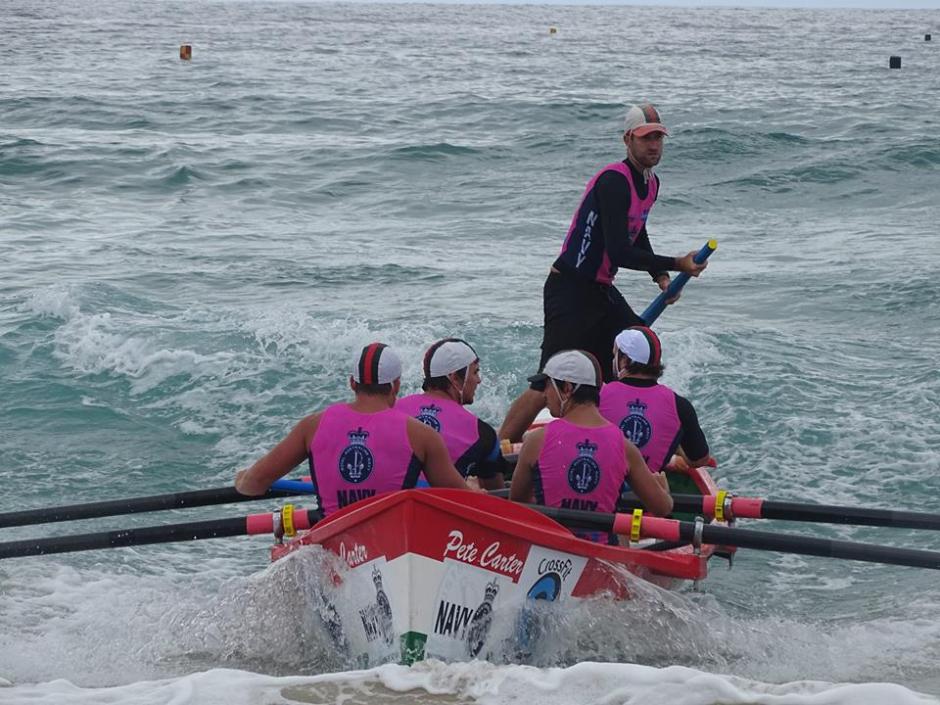 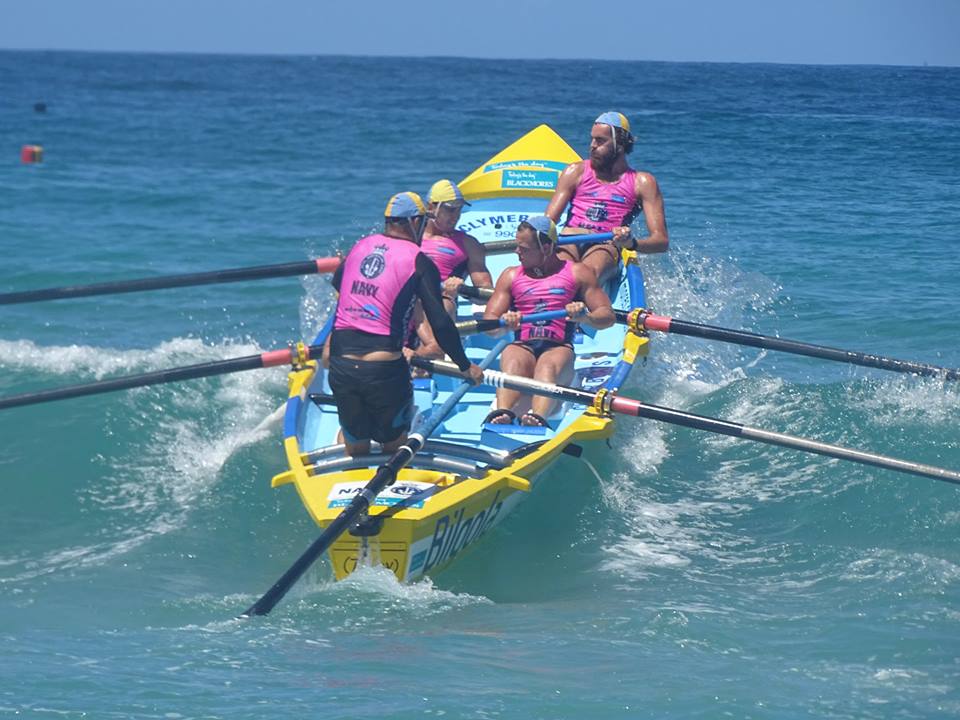 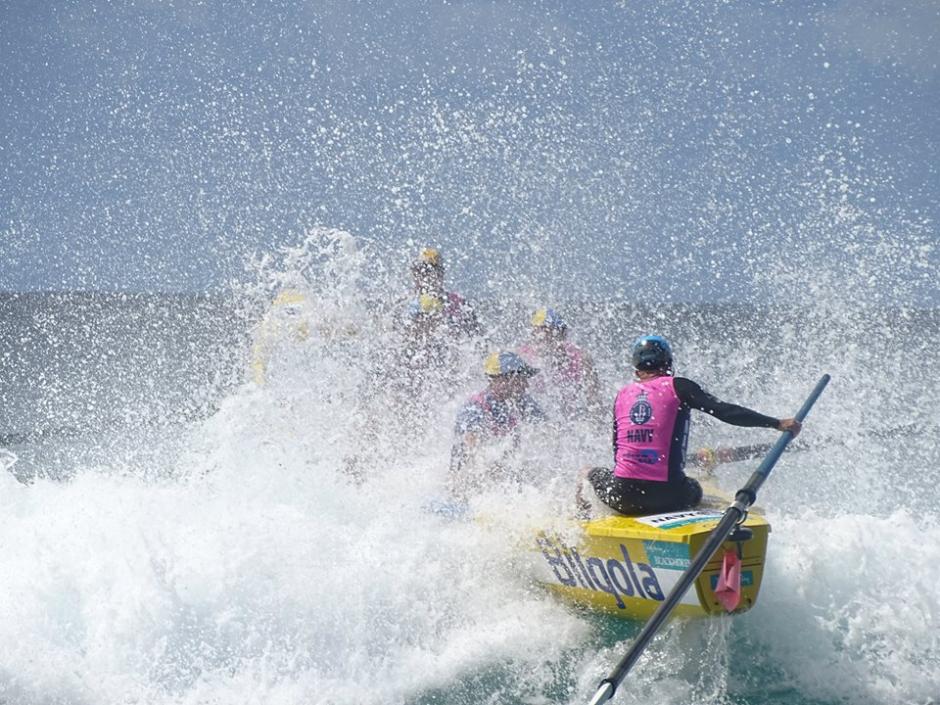 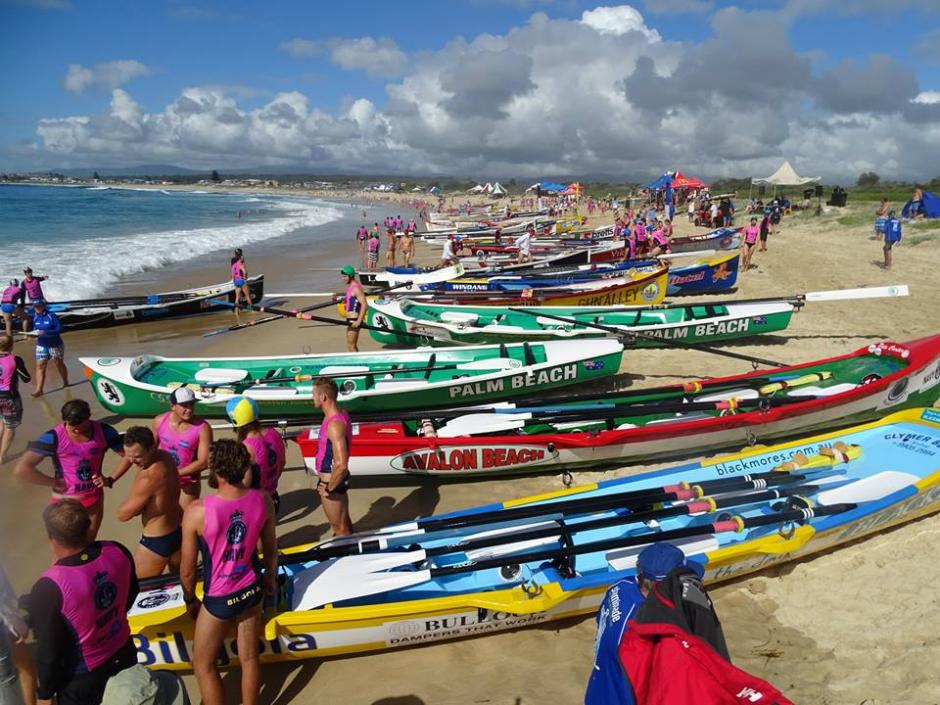