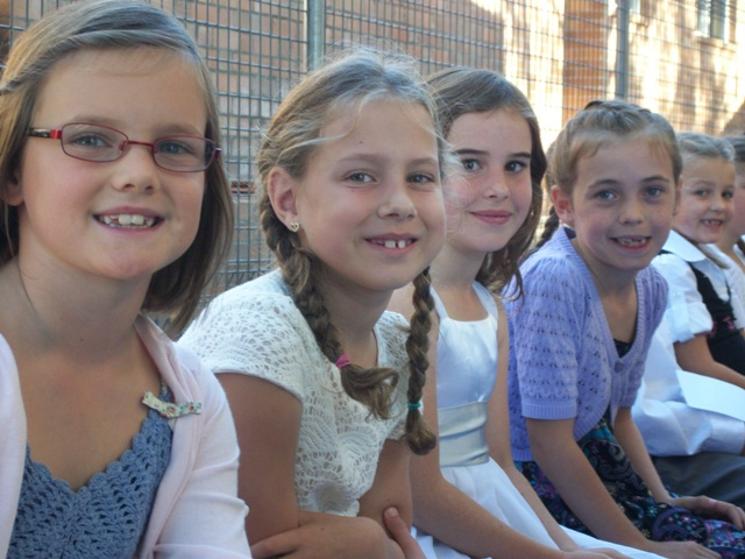 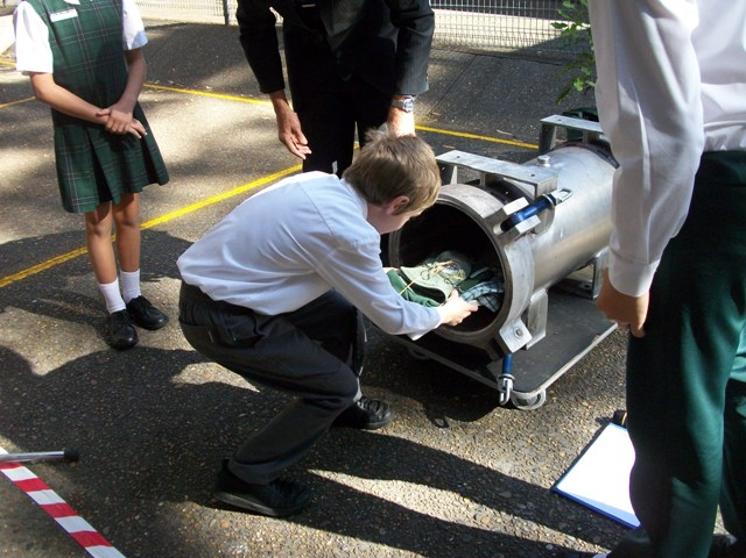 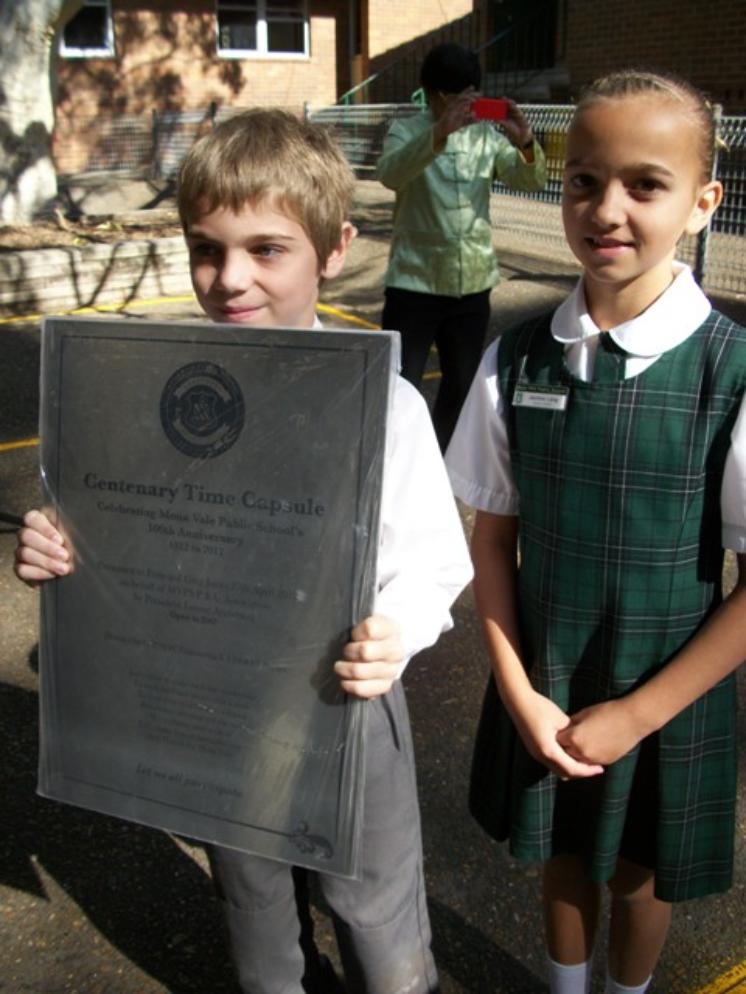 Above: Max Stevenson and Jasmin Laing. Below Michael Warby and Deb O'Shea 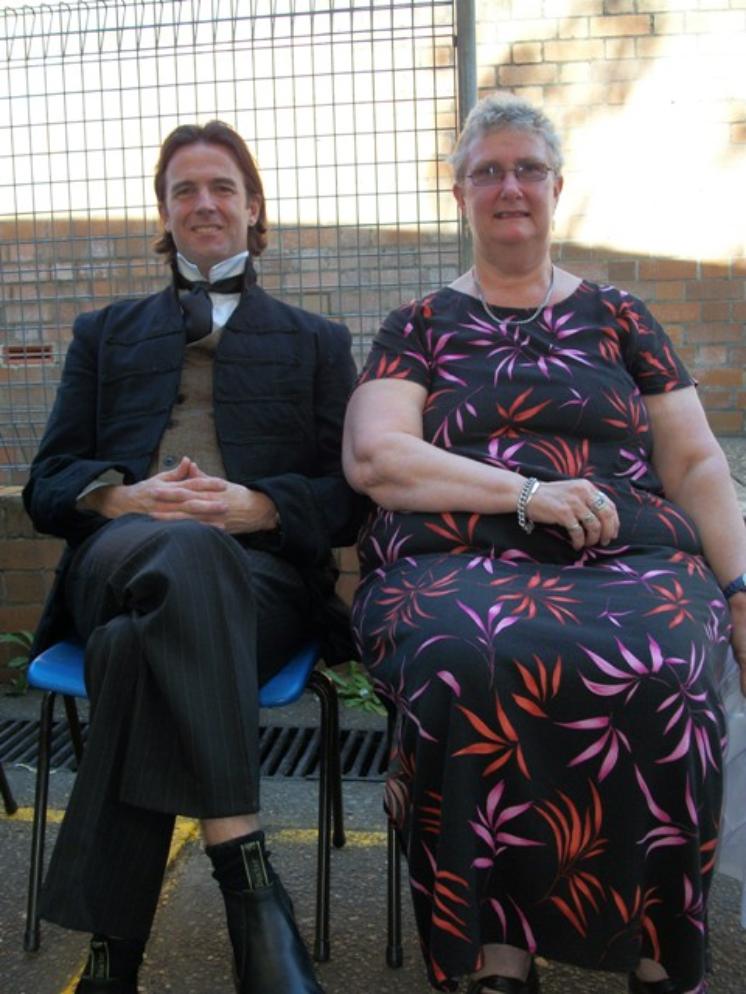 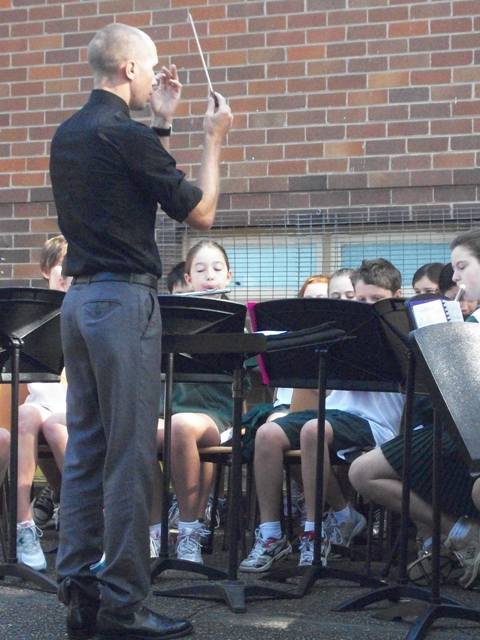 Wall Hanging Project: At the beginning of the year all MVPS families were invited to participate in the school’s Centenary Wall Hanging Project and over 160 squares were returned, each interpreting the theme ‘school and family’.  A few helpers and teacher Deb O’Shea are now working to bring together the final piece so it’s ready for dedication at the Special School Assembly on Friday 27 April, 2012. 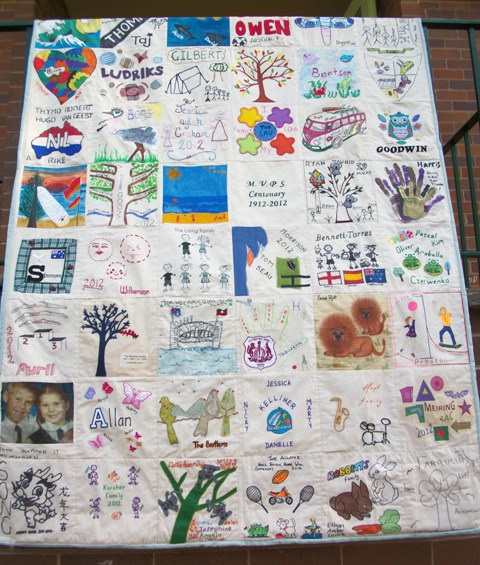 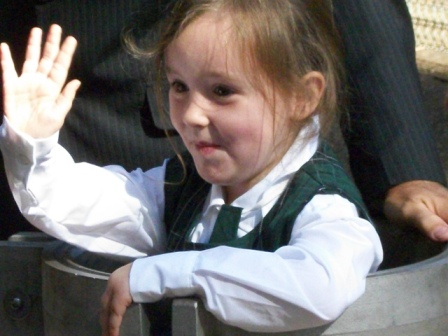 Above: Jasmine, tiny student who was placed in new time capsule, but only for a minute!, and thought it was hilarious

Mona Vale Public School turns 100 this year, a huge milestone for this great local school, past and present students and staff. On Friday they launched what will be a series of celebrations during coming months at a special assembly held on the very place where the original two room schoolhouse once was. This large space, at the core of the school and perhaps representing it’s spiritual heart, rang with the excellent musicianship of the Performance Band playing contemporary songs, led by conductor James Hill. One of three bands in this school, their rendition of a Coldplay song opened this assembly and the musicians were clearly enjoying playing tunes specific to their tastes.

Jasmine Laing, a student of the school, then welcomed all to the gathering and told us a little about when the school first opened. Jasmine then introduced newly appointed Principal Greg Jones who was also once a student at MVPS.

Principal Jones spoke of Samuel Morrison, the founding principal of the school and how Mona Vale was a rural place then, considered far from the hustle and bustle of the city. Next the students of 3O class told us more about the schools first official year, 1912, and even listed other events occurring in Australia to illustrate, and educate, all present about what life was like 100 years ago. A character called ‘Amanda Thompson’ with extracts read from a student’s diary based on events in Mona Vale and elsewhere in 1912 by current student Emily was an absolute delight. This class, led by teacher Michael Warby, then were joined by all students in singing, complete with accompanying actions, the ‘Skyburst Song’.

Past Principal, Richard Hoskins, who came to the school in 1976, and is also the longest serving Principal, was a special guest on Friday. He spoke of also being a student at the school 50 years ago and related some of the events they used to celebrate in his youth, such as Empire Day, which was the 24th of May each year.

Mr Hoskins also told the children of the deep heritage and ethos this great school teaches as part of its curriculum which all 880 bright pairs of eyes were taking in, nodding along. This gentleman concluded his insights by listing some of the past students who have gone on to represent not only Pittwater but Australian values, such as MP for NSW, Jim Longley or newsreader Matt Doran and even one of this year’s Logie winners, Robert Carlton, who attended the school in 1982.

The children were then entertained, and educated, by the talk given by Margaret Collins, a past Infant Mistress and for whom a current Citizenship Shield at MVPS is named. Miss Collin’s, whose father was a Principal at the school from 1936, and who was a student herself, shared some wonderful anecdotes on how much the school has changed.

Margaret saw tall trees and masses of them in Mona Vale. Paddocks with horses surrounded the school, some children coming from Bayview and Warriewood on these to attend. She recalled the extension of the school grounds and how Oliver Way, on the southern boundary of the present school, was formed due to land being donated by the Oliver’s of Bayview. Miss Collin’s relating of playing marbles under a Bunyip pine, which also once marked the fences border, also brought home to the children that some things do not change; children still play marbles, they still sit under the Bunyip Pine for some welcome shade during our hot summers.

Left to right: Bev Lewis(who has written book on History of MVPS, see below) Margaret Collins, Richard Hoskins AM, and Bev Harvey under the Bunyip pine

Other Highlights included:  the presentation of the new time capsule to Principal Greg Jones by school captains Max Stevenson, Jasmine Laing and Vic Captain, Jessica Graham. A Presentation of students whose parents, grandparents and great grandparents all attended MVPS demonstrated that three and four generations of Pittwater families have enjoyed being students and thrived in being part of and educated at MVPS.

Ongoing celebrations will culminate with a Festival Day on September the 15th (10am – 3pm). This special day will have a theme of Journey Through Time, and include a Vintage Motor Display organised by the Pittwater Motor Enthusiasts Association.

Invitational Morning Tea – Thursday 13 September, 10.00am: A morning tea will be held at the school for elderly ex-students who are not able to attend the Centenary Festival Day on Saturday 15 September, 2012.  The morning tea will give these special former students an opportunity to visit their primary school.  Please RSVP to Bev Lewis by 30 June 2012 by email bevlewis2069@gmail.com or via the school office ph: 9999 3481.

Journey Through Time: Kindergarten to year 6 students will be studying the Centenary topic in class during Term 2 & 3 as part of the unit Human Society and its Environment (HSIE).  From this will flow wonderful pieces of art, writing and craft which illustrate different time period’s in the school’s 100 year history.  The students and teachers skills and creativity will be woven through a major Festival Day exhibit called ‘Journey Through Time’. Students will also be involved in various performances on Festival Day  portraying the school’s journey through time.

BOOK: Packed with great tales, beautifully illustrated with images by Noela Cunningham, a local artist and illustrator of books and many wonderful photos from the decades, this is a must have for your library. This book will make a great keepsake for all students and teachers, past and present.

Inside the covers, pages are full of colour illustrations, class photographs, tables and lists as well as the school’s history as published originally by Mr Thomas Le Sueur and carefully reproduced here. Make sure you secure your copy of the History of Mona Vale Public School by downloading an order form today, or contact the author, Bev Lewis bevlewis2069@gmail.com 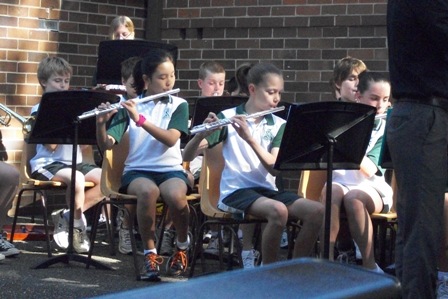 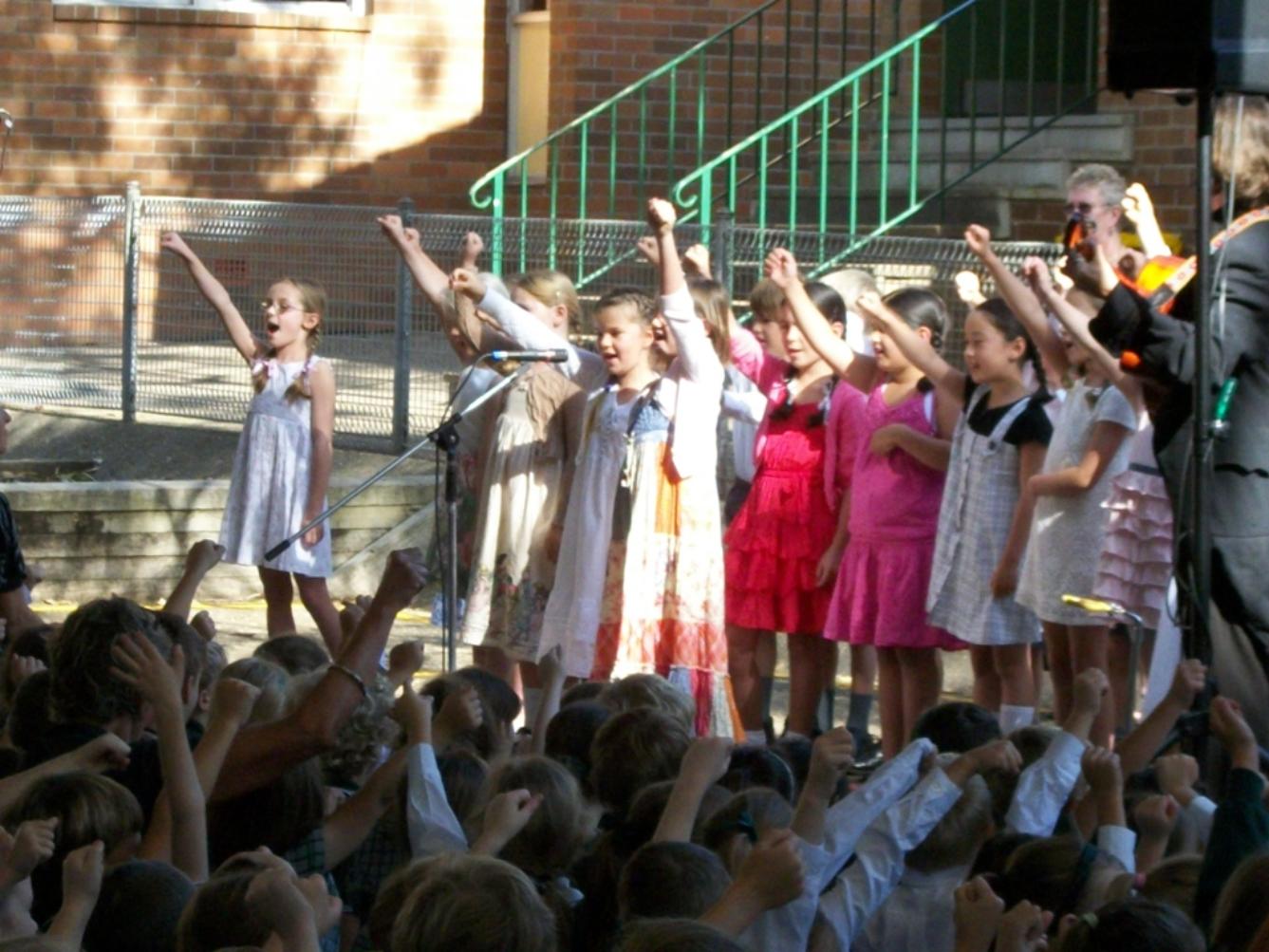 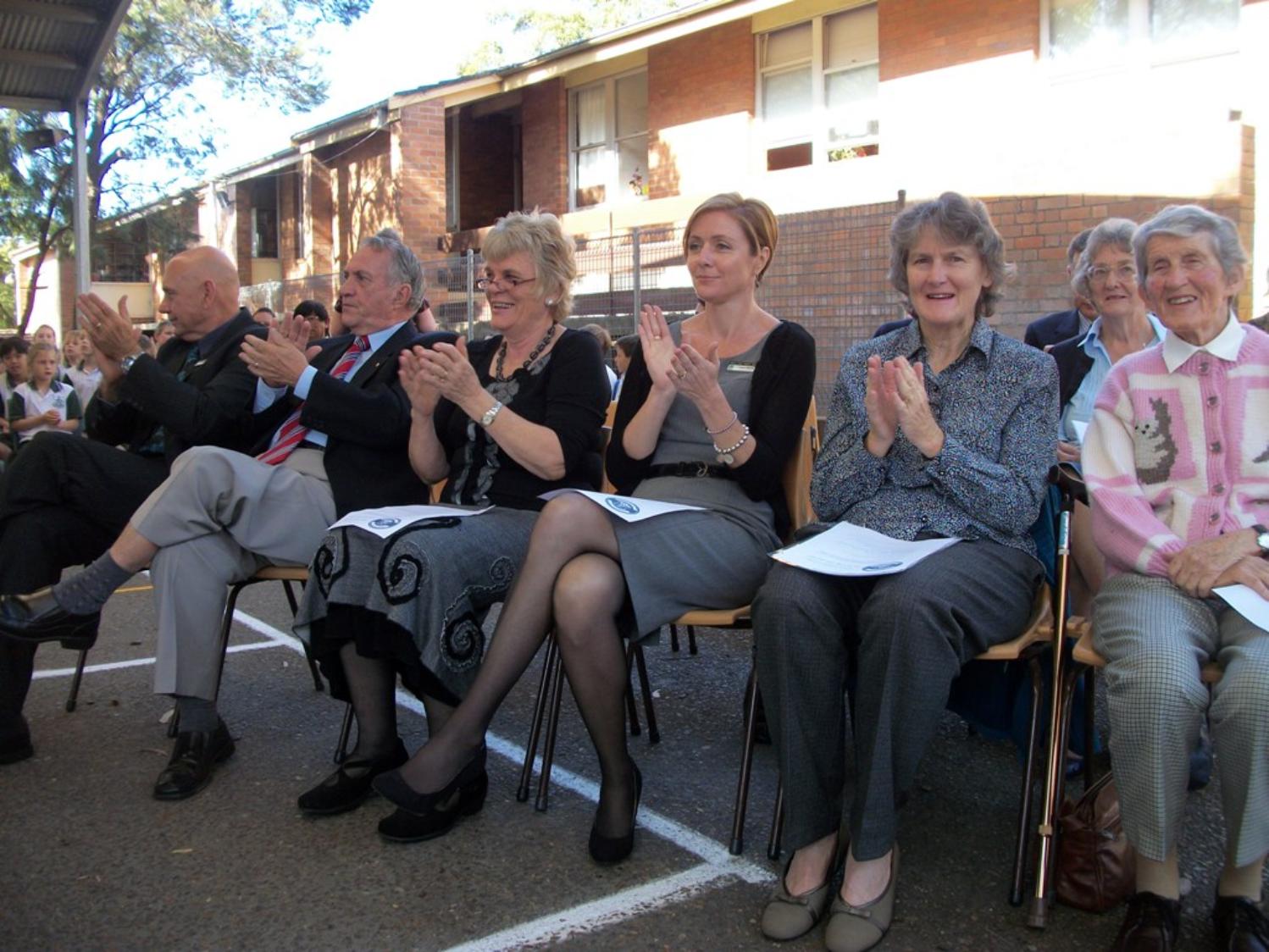