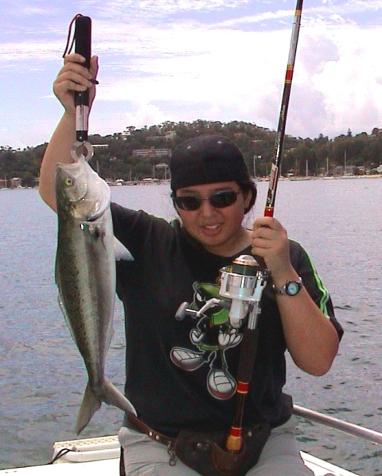 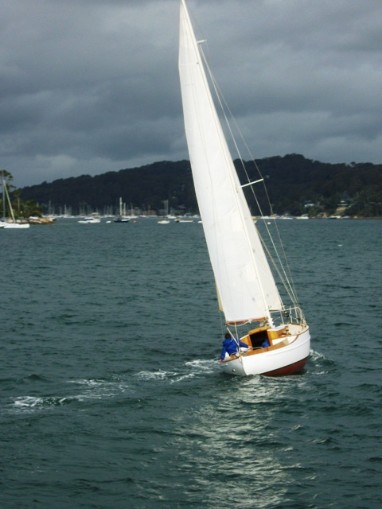 I grew up in Bankstown - yeah, I’m a “westie”. When I was a kid around 13 years old, my friend Yurgen and I would catch a bus to Bankstown railway station and the train to Wynyard to meet up with the first 190 trip of the morning. This was the early 1960’s. We would change buses, usually at Narrabeen and arrive at Church Point. Happily we would fish from the wharf all day and then, totally contented with the fishing, we would start the three hours plus journey in reverse. We vowed that we would move to this paradise as soon as we could.

Well, Yurgen arrived in 1976 but I had to wait until 1988 before I could afford it. Before that, together with many of my friends, we spent countless wonderful days and evenings enjoying the amenity and the fishing that Pittwater and the Northern Beaches had to offer. Nowadays, I sometimes wonder whether “us locals” take this paradise for granted.

In January 2002, my good friend David and his daughter Lesley came to stay for a weekend. Living in Picton, Lesley hadn’t fished before. We ventured into Pittwater in my tinnie and found a school of Australian Salmon. The pictures tell the story.

Last Saturday I was talking with Sean Greene at Sydney Powerboat Centre and he told me that he and a friend were fishing exactly the same way a few weeks ago. The salmon had come in and they were casting into the school with lures. Then the professional fishers came in their boats with their mesh nets. They warned Sean away, telling him; “You’re scaring the fish!” Sean told me; “they took the lot, there was even a 1.2 metre jewfish caught in their net.” Never mind that being there first on that school of salmon gave Sean every right to continue with his fishing.

Unfortunately, everyone knows that it is now virtually impossible to catch a legal size table fish in daylight in Pittwater. The area has been essentially fished out. Quite legitimately, professional fishers have hauled the beaches, dragging their nets across fragile sea-grass beds in the process. They prefer to haul when the fish are “running.” Sadly, that includes the breeding fish that produce the next generation.

Pittwater is an important breeding ground for the surrounding areas as fish come in to spawn and grow. Once mature, fish move out to neighboring coastal beaches, reefs and rocky shorelines as well as into the Hawkesbury River system and then the cycle begins again. Little wonder angling fish stocks have been depleted, not just in Pittwater but across the area.

Meanwhile, the “meshers” wait until a school of fish swims into Pittwater and circle them with a net. These nets can be up to 725 metres in length each and two can be joined together up to 1450 metres long. The fish are caught by their gills. Meshers also set their nets in areas where fish swim, even up as far as Scotland Island. They set their nets at night and leave them unattended for up to three hours.

The professional “trappers” don’t set their traps in Pittwater anymore …. I’m told it is a waste of time.

No wonder the kids of today aren’t fishing as much as we used to. It’s simple really: we had the chance to regularly catch good fish to take home and eat and they do not.

But all is not lost for Pittwater. Around five years ago Lake Macquarie was also in dire straits. Then the professional fishers were bought out for a fair price and today I am told that Lake Macquarie is fishing better than ever.

Pittwater is a beautiful, accessible and natural waterway. So, let’s give Pittwater a chance to regain her glory for today’s generation of fishers and all those that will follow. Please support your local MP Rob Stokes in his initiative to make our Pittwater a recreational only fishing haven. Contact Rob now: 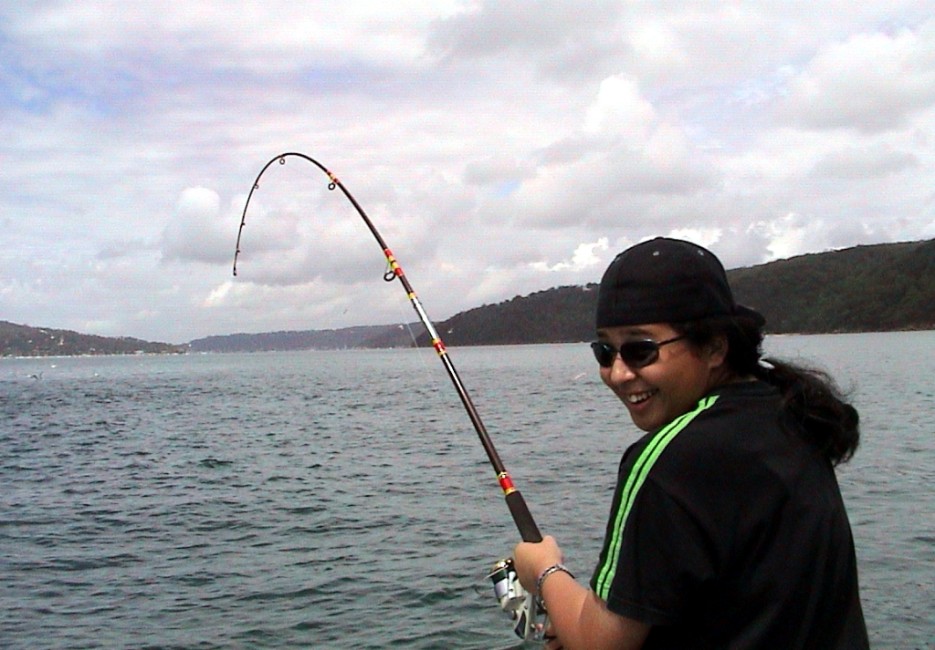