A long time ago, a small boy found a crocodile struggling to make his way from the lagoon where he was born, to the sea. Suppressing his fear of the crocodile, and out of great pity, the boy took the crocodile in his arms and carried him to the seashore.

The crocodile, although very hungry and needing sustenance, suppressed his urge to eat the boy and instead returned the act of great kindness with a promise. He told the boy that should he
ever wish to travel he should come back to the same spot and call to the crocodile.

After a while and during a period of restlessness the boy remembered the crocodile's promise and went to the sea to call for him. True to his word the crocodile returned. They were both very happy to be reunited with one another. The boy climbed onto the crocodile's back and together they travelled far and wide experiencing many great adventures together.

Much time passed and the crocodile was nearing the end of his life. The boy was stricken with grief for his great friend. Sensing this, the crocodile comforted the boy and asked him not to be sad. The crocodile told him that when he died his body would grow into an island on which the boy would continue to live, along with his family and all his descendants.

The crocodile died and became the island of Timor. The descendants inherited the boy's qualities of kindness, friendliness and sense of justice. To this day the people of Timor call the
crocodile "grandfather" and whenever they come across a river call out "Crocodile, I'm your grandchild, don't eat me!" 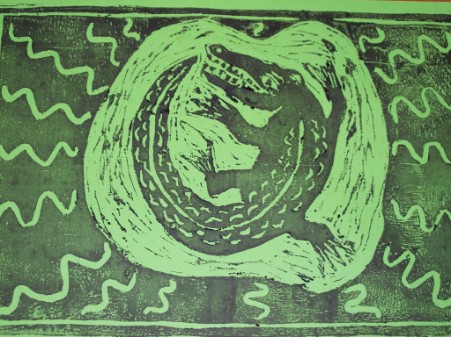 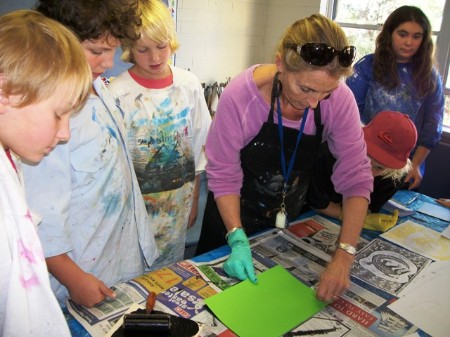