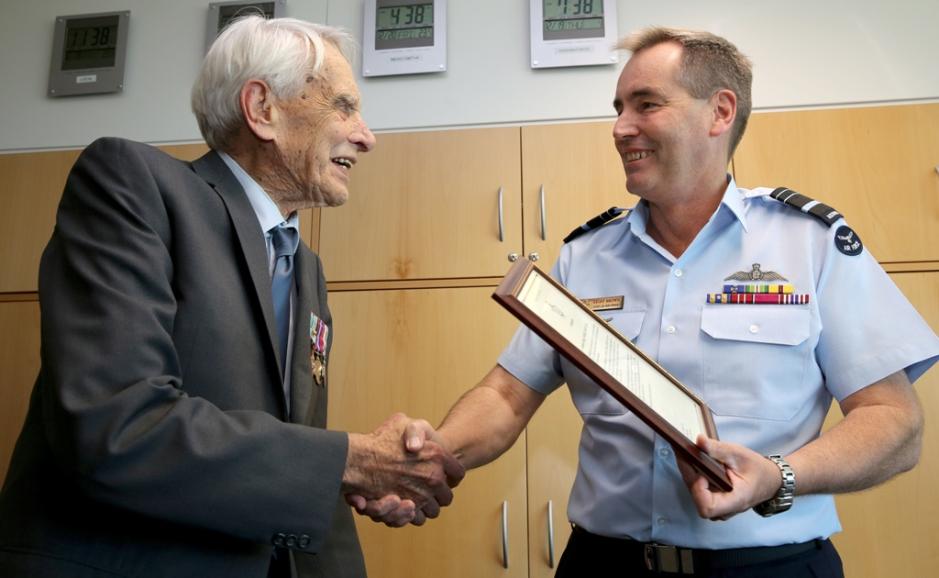 Presenting the surprise Honorary Rank to 93 year old FLTLT Wright (retired) in front of family and friends, Air Marshal Brown said it was important to remember the contribution of past Air Force members that helped shape Air Force today.

“It was a privilege to present this honorary rank today. FLTLT Wright’s skills, courage and leadership exemplifies the best traditions of the Royal Australian Air Force.

“The values of respect, excellence, agility, dedication, integrity and teamwork demonstrated by FLTLT Wright during his service mirrors those held by the modern Air Force,” Air Marshal Brown said.

FLTLT Wright (retired) was surprised and visibly moved by the unexpected honour.

“Thank you, it’s a real surprise. I applied for the commission before I was shot down, but the papers couldn’t be found. When I came back they said ‘forget about it’ so I did.

“After I was shot down I was picked up by the German Army and taken to an aerodrome, where I met the German pilot that shot me down. He shook my hand and said ‘one day we’ll be friends’,” FLTLT Wright (retired) said.

In a unique situation, FLTLT Wright (then Flight Sergeant) was interviewed for his commission in 1942, just six days before he was reported missing. Although the paperwork was lost, he was regarded as an Officer by his superiors. Despite extensive searches, the paperwork was never located. The Honorary Rank recognises his contribution to Air Force during World War II.

FLTLT Wright was born in Ballina, worked in Tamworth before enlisting in the RAAF, and now lives in Avalon Beach (North of Sydney) in NSW.

Spitfire Pilots of the Northern Beaches  by Steve Meacham 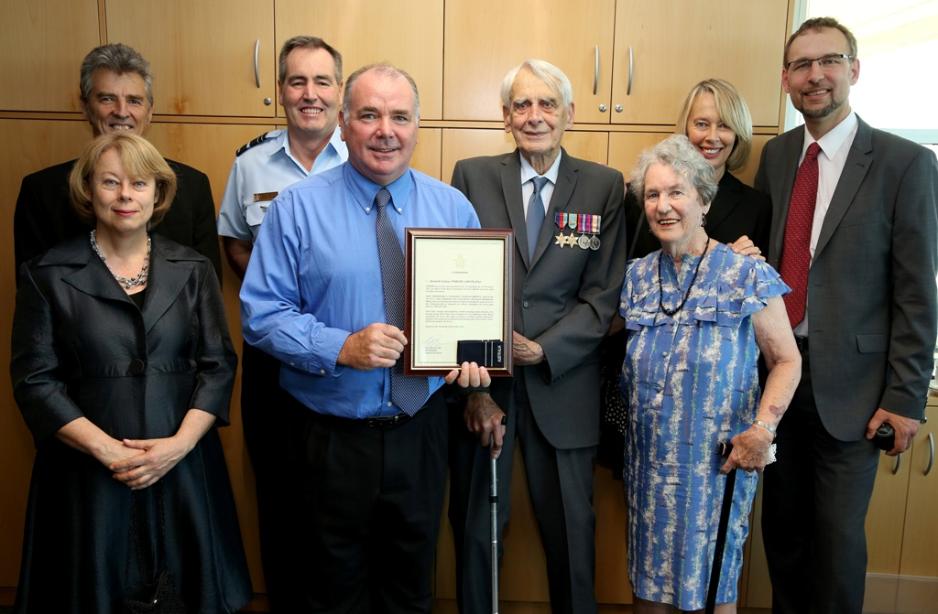