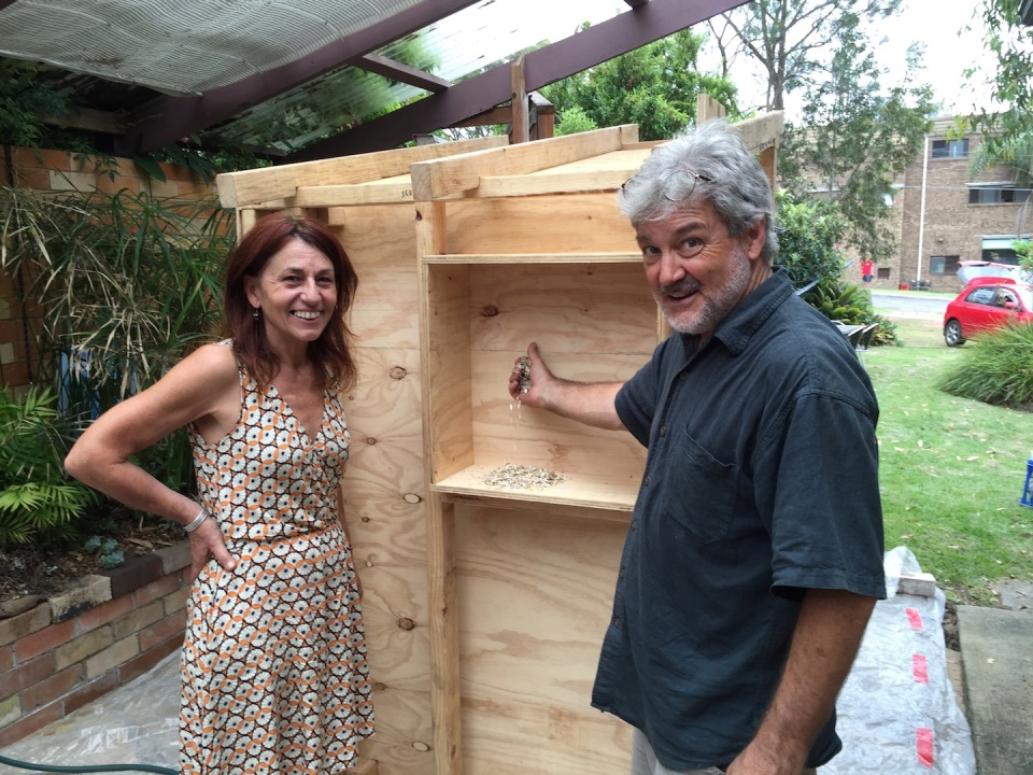 Why are you so enthusiastic about hemp building?

DC: It just ticks so many boxes, from production on the farm, through processing, to performance advantages in the building. It’s hard not to like it! It sequesters 1.7kg of carbon for every 1kg used, it is a nitrogen fixer in soil, and can remediate poor or degraded soils, it grows with little or no irrigation, much reduced or even no fertilizer, has no significant pests, and the farmer can get more than one crop per year. The processing should ideally be done locally, because it keeps the near-farm economies strong and diversified, and reduces transport impacts. And once in the building - well that’s a whole story in itself!

Hemp is a very old material, yet it seems to have disappeared from view until recently. What’s the story there?

DC: Old is right! Without hemp no seafaring could have happened with big ships. Hemp rope was critical to holding up tall masts, raising and controlling sails, even anchoring. So Australia itself would not have been settled by Europeans in the way it was or at the time it was without hemp. I can hear some of my Aboriginal mates chuckling about that. There is a 300 year old building in Japan, heritage listed, and some older ones in Europe. But there’s a bit of a gap then until the late 20th century.

DC: Two reasons I think. One is the rise of plastics in the early 20th century, which could be made cheaply and adapted to many different purposes. Not necessarily as well or as long lasting as hemp, but people can’t always see further ahead than the price tag. Then there was the prohibition spearheaded by the US against dope. Because industrial hemp has a similar leaf pattern to dope, and technically contains minute traces of THC (the druggy bit), they just banned all species within the genus. Typically heavy handed and unintelligent approach – maybe it was Donald Trump in a previous incarnation! They forced any allied country to follow suit, which included burning thousands of hectares of hemp in Bangladesh. I can’t help wondering if the CIA operatives tried standing downwind! And that’s the point – it would have done them no good – you can’t get high on industrial hemp, it’s a different plant! Human stupidity knows no bounds, just like human inventiveness and mercy. We are such a dichotomy!

So where is the industry at in Australia now?

DC: It’s still very early days. NSW and other states have been slowly recognising the distinction between industrial hemp and medicinal hemp. There are now hundreds of hectares under hemp, and an embryonic processing industry is emerging, with many millions of dollars of private funding in plant and equipment. There are four or five commercial entities in the market, some more active than others, and a national industry association has been formed to promote the material to governments at all levels, the Australian Industrial Hemp Alliance.

Who are the most active players?

DC: Oh I don’t want to pick favourites, but it’s important that we have several producers in the field, because it confirms the serious nature of what building with hemp can achieve. It’s important to note that in Europe hemp is taken very seriously indeed. Most of the major car makers there are using hemp bast – that’s the long fibre – to make car interior panels. Lotus even use it for exterior panels. This reduces the embodied energy, replaces plastics, and also makes those components 100% recyclable.

Are the multi-nationals in Australia making it hard for local producers?

DC: There have been rumours that one of the multi-nationals has been trying to cannibalise the client base of a local producer, but I find it hard to believe, because everybody’s best interests lie in growing the whole market, not just growing market share. Investors in embryonic industries need to be in it for the long game, not just next quarter’s profit result. There’s a little known anecdote from the local car industry that proves the point: some years ago Holden’s boss called his counterpart at Mitsubishi and said “We need you here.” Funny thing to say to a competitor? But it rests on the myriad of support industries and suppliers – if the market shrank it threatened the cost-base of the remaining manufacturers. And we all know what the end result of that has been! It’s called collaborative-competition, which is quite distinct from a cartel. And that’s what the national Alliance is all about: having a presence in Canberra that will put the multitude of economic and environmental benefits in front of the various policy-wonks that need to know what it’s about. And then there are the myriad benefits to the buildings when built.

Ok, so tell us about that – what are the benefits, say in a residential building?

DC: Well it’s horses for courses, every material and construction system has its advantages, except maybe brick veneer - I’m well known for my criticism of that one – it’s back to front! But hemp masonry – call it what you will, it gets called hempcrete, or hemp lime composite - can outperform many of the usual systems in most of the climate zones, not just in Australia, but in the Asia-Pacific as well.

DC: It’s a good insulator, so walls between 200 and 300mm thick provide the necessary R values for most climate zones. They can be thicker, but it is rarely needed. And it is a brilliant handler of humidity at the same time. Houses are generally more humid than the outside world, on a net annual average. This means that internal humidity will build up and up, mostly in winter when the house tends to stay closed up. As we build more air-tight buildings in response to improved construction techniques, condensation is become a bigger problem. Hemp walls built to the correct specification allow this humidity to move through the walls to the exterior, without condensing on the way through. This does not remove the need to provide fresh air exchange, but it removes the risk of condensation forming on plasterboard and sarking etc as it does in brick veneer buildings. All that, as well as the carbon sequestration, low embodied energy, land and rural economic benefits I mentioned before. 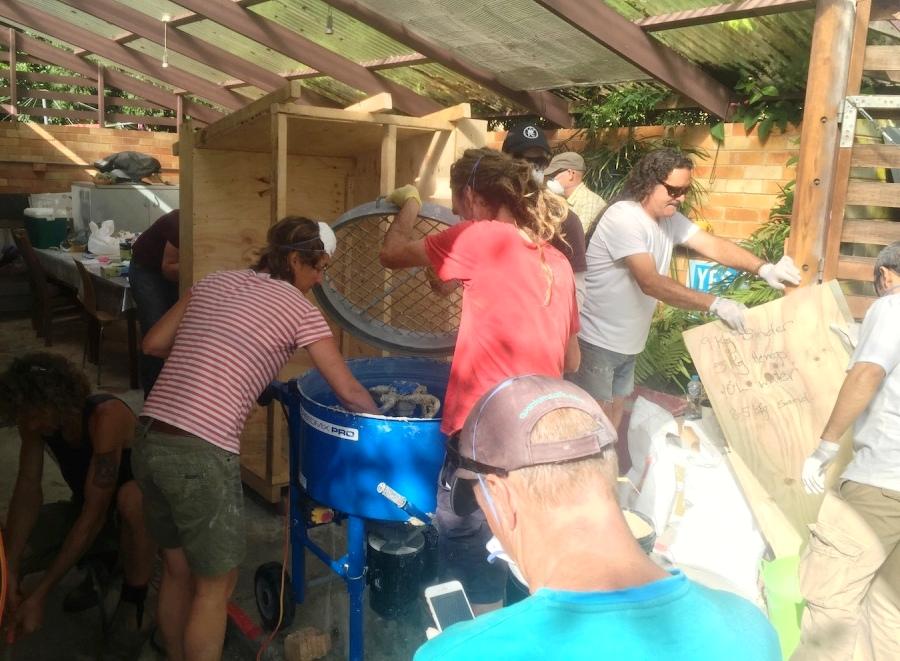 Wow. I begin to understand your enthusiasm. Are you an investor in hemp industries at all?

DC: It’s something I have looked at, along with several other friends and colleagues, especially those on the land. I have joined the Board of the Australian Hemp Masonry Company, to help steer it and its collaborative-competitors to grow the whole market, as well as create an Australian Standard for hemp masonry construction.

Which brings us neatly back to the building workshop that was held last weekend. How did it go?

DC: Yes, that was run by Klara Marosszeky, the founder and MD of AHMC. We just provided the venue. It was very successful, as all of her workshops are. Nearly 300 people have been trained in the various workshops over the last several years, as well as other workshops run by competitors, so it’s building a small but dynamic base of people with the right skills. At Envirotecture, we have now got a base of builders around most of south eastern Australia that we and our collaborative-competitor design practices can draw on to construct the build hemp buildings, and that’s one tipping point on the pathway to mainstreaming this fantastic natural material.

Thanks for your time, it’s a fascinating story. 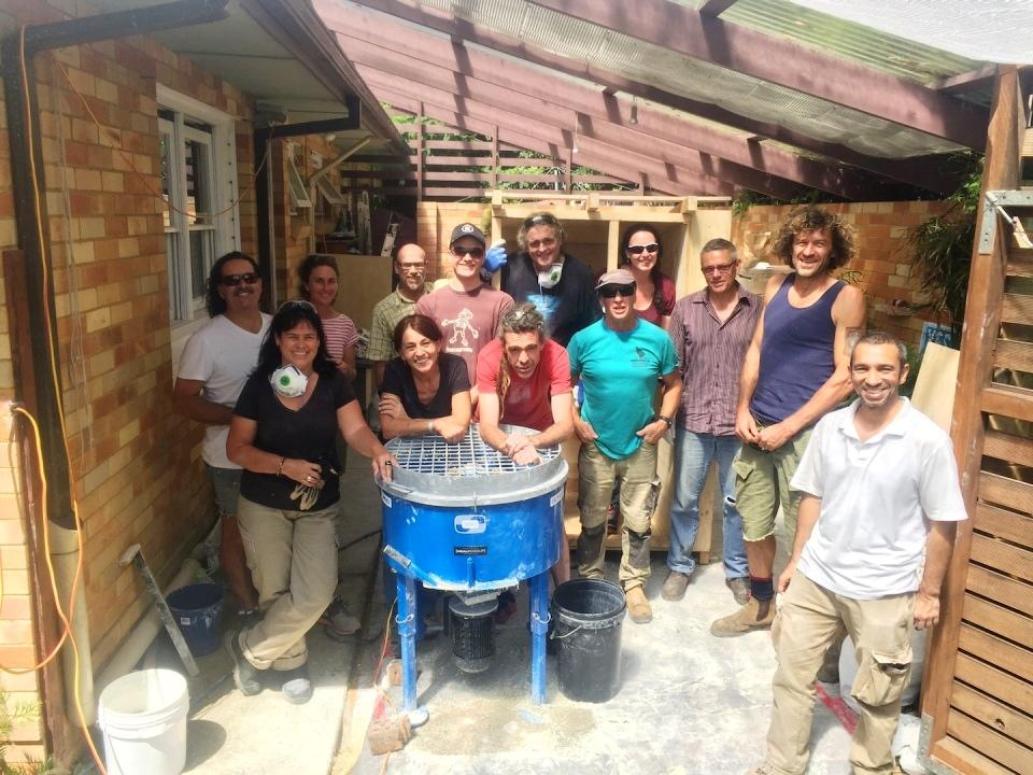