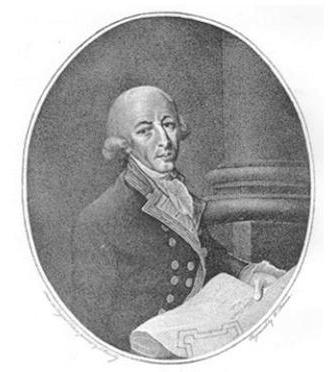 Above Picture: Arthur Phillip Esq. Captain-General and Commander in Chief in and over the Territory of New South Wales 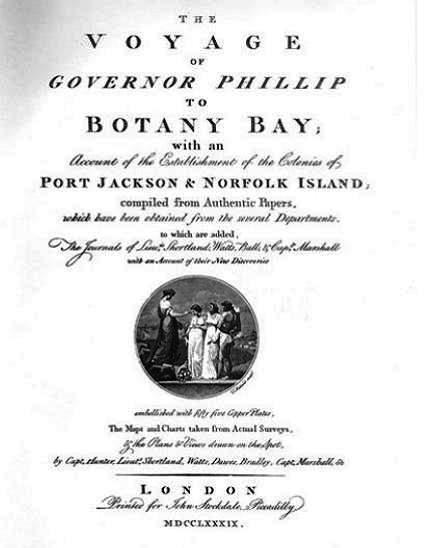 Above Book Front Page. About Front Page from Book: he elegant vignette in the title-page, was engraved from a medallion which the ingenious Mr. Wedgewood caused to be modelled from a small piece of clay brought from Sydney Cove. The clay proves to be of a fine texture, and will be found very useful for the manufactory of earthern ware. The design is allegorical;it represents Hope encouraging Art and Labour, under the influence of Peace,to pursue the employments necessary to give security and happiness to an infant settlement. The following verses upon the same subject, and in allusion to the medallion, were written by the author of The Botanic Garden, and will speak more powerfully for themselves than any encomium we could bestow.

File Below: The Voyage of Governor Phillip to Botany Bay with an Account of the Establishment of the Colonies at Port Jackson and Norfolk Island This book includes the Journals of Lieutenants Shortland, Watts, Ball and Captain Marshall, with an account of their new discoveries. Illustrated. Ships and Crews list of First Fleet. Published in London. 1789. 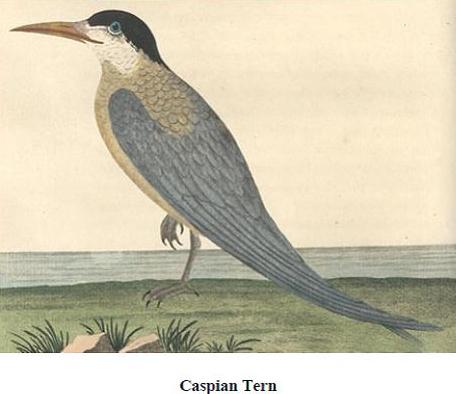 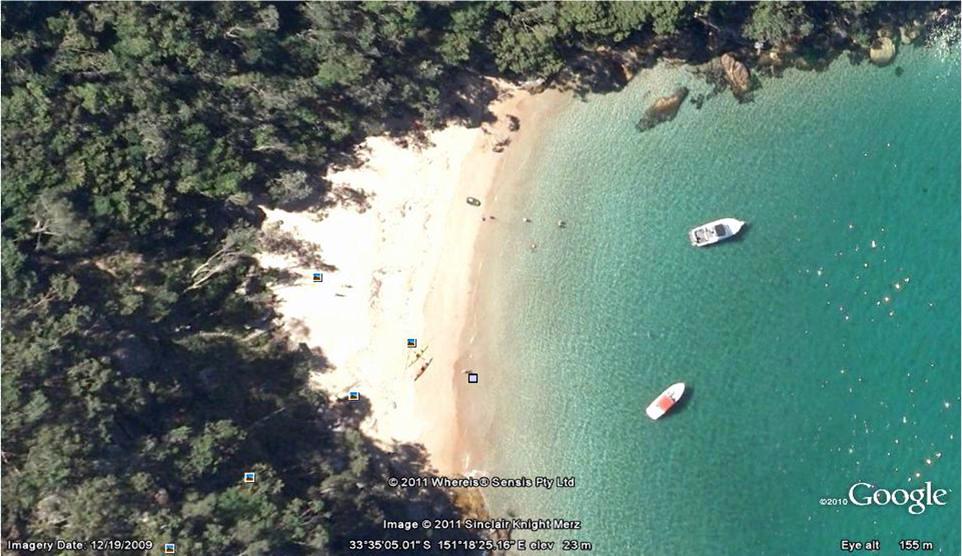 On the 5th of March, 1788, in rain that wouldn’t let up, British Naval Officer and first Governor of NSW, Arthur Phillip, officer’s and ship’s crew camped at Resolute Beach, the second little sandy shore inside south of West Head and just north of Great Mackerel Beach, Pittwater. Earlier that same day he had proclaimed our estuary ‘the finest piece of water he had ever seen’ and named it ‘Pitt Water’ after the then prime minister of

Britain, William Pitt the younger (right), the then Prime Minister of England. Resolute Beach is named for a timber schooner, (some sources state it was a paddle steamer) that ran aground there in 1877.

Governor Phillip travelled to Pittwater again in August of this year, walking overland from Manly. In June 1789 he again visited, finding many of the original custodians of these places suffering from smallpox.

Extracts From; The Project Gutenberg EBook of The Voyage Of Governor Phillip To Botany Bay. 1789.

On the 2d of March Governor Phillip went with a long boat and cutter to examine the broken land, mentioned by Captain Cook, about eight miles to the northward of Port Jackson, and by him named Broken Bay. This bay proved to be very extensive. The first night they slept in the boats, within a rocky point in the north-west part of the bay, as the natives, though friendly, appeared to be numerous; and the next day, after passing a bar that had only water for small vessels, they entered a very extensive branch, from which the ebb tide came out so strong that the boats could not row against it in the stream; and here was deep water.
This opening appeared to end in several small branches, and in a large lagoon which could not then be examined, as there was not time to seek a channel for the boats among the banks of sand and mud. Most of the land in the upper part of this branch was low and full of swamps. Pelicans and various other birds were here seen in great numbers. Among the rest an uncommon kind, called then the Hooded Gull, and supposed to be a non descript; but it appears from a drawing sent to England, a plate from which is here inserted, to be of that species called by Mr. Latham the Caspian Tern, and is described by him as the second variety of that species.* [* Latham's Synopsis of Birds, vol. vi. p. 351.]

Leaving this north-west branch they proceeded across the bay, and went into the south-west branch. This is also very extensive; and from it runs a second opening to the westward, affording shelter for almost any number of ships. In this part, as far as could then be examined, there is water for vessels of the greatest burthen, the soundings being at the entrance seven fathoms, and in going up still more. Continual rains prevented them from taking a survey. The land here was found much higher than at Port Jackson, more rocky, and equally covered with timber. Large trees were seen growing even on the summits of the mountains, which appeared accessible only to birds. Immediately round the headland that forms the southern entrance into the bay, there is a third branch, which Governor Phillip thought the finest piece of water he had ever seen; and which therefore he thought worthy to be honoured with the name of Pitt Water. (5th of March, 1788)
This, as well as the south-west branch, is of sufficient extent to contain all the navy of Great Britain. But on a narrow bar which runs across the entrance it has only eighteen feet depth at low water. Within the bar there are from seven to fifteen fathoms. The land is not so high in this part as in the south-west branch, and there are some good situations where the land might be cultivated. Small springs of water were seen in most of the coves, and three cascades falling from heights, which the rains at that time rendered inaccessible.
In this excursion some interviews with the natives took place.
One of their modes of fishing was now observed: their hooks are made of the inside of a shell resembling mother of pearl. When a fish which has taken the bait is supposed to be too strong to be landed with the line, the canoe is paddled to shore, and while one man gently draws the fish along, another stands prepared to strike it with a spear: in this attempt they seldom fail.
When the southern branch of Broken Bay was first visited, the getting round the headland that separates the branches, was attended with some difficulty, on account of very heavy squalls of wind, accompanied with rain. An attempt was made to land, where there proved not to be sufficient water for the boat. During this transaction, an old man and a youth were standing on the rocks where the boat was trying to approach.
Having seen how much our men had laboured to get under land, they were very solicitous to point out the deepest water. Afterwards they brought fire, and seemed willing to render any service in their power. Two of the officers suffered themselves to be conducted by the old man to a cave at some distance, but declined going in, though he invited them by all the signs he could invent. This was rather unfortunate, as the rain was falling very violently, and the cave was found next day sufficiently large to have sheltered the whole party. The old man certainly took great pains to make this understood, but the motive of his earnestness unluckily was mistaken, and his visitors suffered for their suspicions.
He afterwards assisted in clearing away the bushes, and making preparations for the party to sleep on shore, and next morning was rewarded with presents for his very friendly behaviour. Two days afterwards, when Governor Phillip returned to the same spot, the old man met him with a dance and a song of joy. His son was with him, and several of the natives; a hatchet was given them and other presents; and as the Governor was to return next day to Port Jackson, it was hoped that the friendship thus begun, and so studiously cultivated, would have continued firm.

It was now the 9th of March, and Governor Phillip returned to Port Jackson: having gained some useful knowledge of the country, and maintained an intercourse with the natives without departing from his favourite plan of treating them with the utmost kindness. He had endeavoured at the same time to gain their confidence, if possible, and secure their friendship. If these humane endeavours were afterwards rendered fruitless by the wanton profligacy of some depraved individuals, however he might regret it, he could have no reason to reproach himself.
The rain, which was almost constant, prevented the Governor from returning by land, which otherwise he meant to have done, for the sake of exploring a part of the country which appeared to be good and free from timber.’

Available at (along with other Australian Stories): http://gutenberg.net.au/pgaus.html