The Common Koel is being surveyed by Birdlife Australia for Birds in Backyards this Spring/Summer. Visit the Koel survey page for details.

The nectar loving Red Wattlebird is a likely candidate for looking after a growing koel, but such is the case in the trees alongside Careel Creek at present. A few months ago we heard the calls of an adult Koel in the trees of our yard and now, a few months later, what all that song, which we are still hearing, has been modified slightly to hearing a slightly different call from one of these youngsters to a year round resident for more food, food, food! Luckily the flower, fruit and nectar loving wattlebird and the mainly fruit eating koel share dietary habits.

In September and October each year the Common Koel, a brood parasite (or bird that lays it eggs in the nests of other species for them to raise) arrives in Australia from New Guinea, Indonesia and places a little further north. Although there are a few year round residents most migrate in the early spring and will settle in Northern Australia and Eastern Australia as far south as Nowra.

The Common Koel or Eastern Koel Eudynamys scolopacea chooses hosts such as the Red Wattlebird, Anthochaera carnunculata, friarbirds, the Magpie-lark, Grallina cyanoleuca, and figbirds. A single egg is laid in the host's nest and once hatched the chick will push the other eggs and hatchlings out of the nest. When fledging they leave the nest and roost in the outer branches of nearby trees, cheeping incessantly while much smaller parents desperately search for sufficient food to satisfy the incessant cheeps of the youngster. This will be a full-time job for a while as young Koels grow to nearly twice the size of their adoptive birds. Eventually they will migrate northwards, usually later than the adults, and return as a breeding bird the following spring.

In Australia Koels were originally called ‘cooee and cuckoo-birds’ due to this parasite brooding tendency:

THE FEMALE KOEL.
‘Kobbi' writes — ' A recent contributor to the nature notes column of the Brisbane ' Daily Mail ' states emphatically that in February last he saw the female koel cuckoo feeding its young. The statement, u the editor remarks, is an important one. Since, however, only the coucal or swamp pheasant is the only one among all the Australian cuckoos which has hitherto been credited with feeding its own offspring, the statement will require verification by further observation before being accepted as a fact. The koel is a bird confined to Northern Australia, New Guinea. Timor, and coastal Queensland especially, and does not go so far south as the other cuckoos. Southern ornithologists have not, therefore, been able to have the bird under close observation. Possibly the contributor, who hails from Rosedale, Queensland, is correct. The present time is an opportune one for observation, and bird-lovers in this part of Queensland would be doing a scientific service by being on the alert. The male koel— a black bird— is well enough known; but the female, being of quite a different colour, is not always associated in the minds of bushmen with the male koel Avery fine specimen of the female bird was sent to me recently. It was about 15 in. in length. The colour of the top or the head was a glossy greenish black. The rest of the upper surface being dark brown. The back and wing-coverts were thickly covered with large white spots, giving the bird a speckled appearance. The quills and wings of the faua and the tail were crossed with white bars, the markings on the underside not being so pronounced. The underparts were whitish with faint dark streaks. The bill was hooked and the iris was red. THE FEMALE KOEL. (1919, December 6). The Capricornian(Rockhampton, Qld. : 1875 - 1929), p. 26. Retrieved from http://nla.gov.au/nla.news-article69776655

KOEL CUCKOO.
'Wirrili' on the domestic habits of the Koel-cuckoo.— CC. (dp. 28/12/26).The Koel cuckoo generally selects the friar bird to attend to her maternal duties. Birds always chase the species of cuckoo that lay in their nests, and friar birds can always be seen in hot pursuit of the female Koel as soon as she arrives, although failing to recognise as an enemy the changling that she has reared. I have seen full grown
cuckoos almost bursting with food and fatness, still following their foster parents, incessantly calling for more. KOEL CUCKOO. (1927, January 13). The Capricornian(Rockhampton, Qld. : 1875 - 1929), p. 52. Retrieved from http://nla.gov.au/nla.news-article70647902

NATURE NOTES By JAMES DEVANEY (1943)
THE COOEE-BIRD Among the various 'bird doubles' in this country we have the mature males atin bower-bird and the male cooee bird, which look remarkably alike. At present we are hearing daily the loud call of the cooee-bird, so persistent from dawn till long after dusk. If it is not exactly a 'coo-ee' it approximates to that aboriginal hail. Only the male has that call, and he is a gallant lover. He has the habit of breaking off flowers from bushes and then presenting them to the lady of his choice; or at least he brings them to her in the wooing season as though to please her. This is a remarkable habit for any bird to acquire. The cooee-bird almost always comes when you imitate his calling; probably to chase a supposed male rival. Many people still believe that the bird is aweather prophet. The name was first the Flinders cuckoo and is now officially the koel, but 'cooee-bird' has come to stay. NATURE NOTES. (1943, January 8). Nambour Chronicle and North Coast Advertiser (Qld. : 1922 - 1954), p. 4. Retrieved from http://nla.gov.au/nla.news-article77420411

The word "Koel" is onomatopoeic in origin. The Sanskrit root is "Kokila" and the words in various Indian languages are similar. It is traditionally held in high regard for its song and held in reverence with the Manusmriti, an ancient decree protecting them from harm. The Vedas, Sanskrit literature dated to about 2000 BC referred to it as Anya-Vapa which meant "that was raised by others" (or "sown for others to reap"). This has been interpreted as the earliest knowledge of brood parasitism. Being familiar birds with loud calls, references to them are common in folklore, myth and poetry. It has been chosen as the state bird by the southern Indian state of Puducherry.
These birds were once very popular in India as cagebirds. Feeding even on boiled rice, they lived in captivity for as long as 14 years.

The Koel has a strong association with the Traditional new year celebrations of Sri Lanka. In the literature around the festival, the song of the bird is regarded as heralding the traditional new year. This bird is known as the koha in Sri Lanka by the Sinhala speaking community. Asian Koel. (2013, October 28). In Wikipedia, The Free Encyclopedia. Retrieved from http://en.wikipedia.org/w/index.php?title=Asian_Koel&oldid=579065353 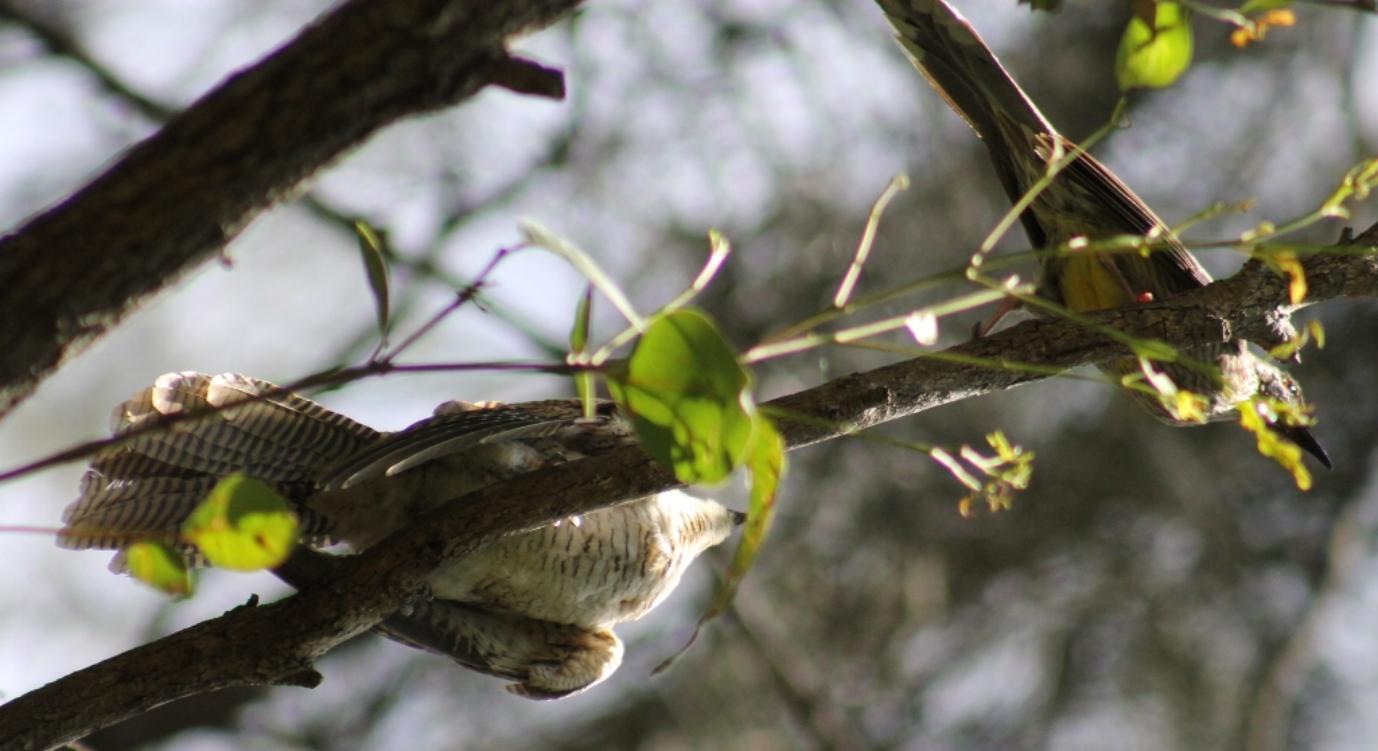 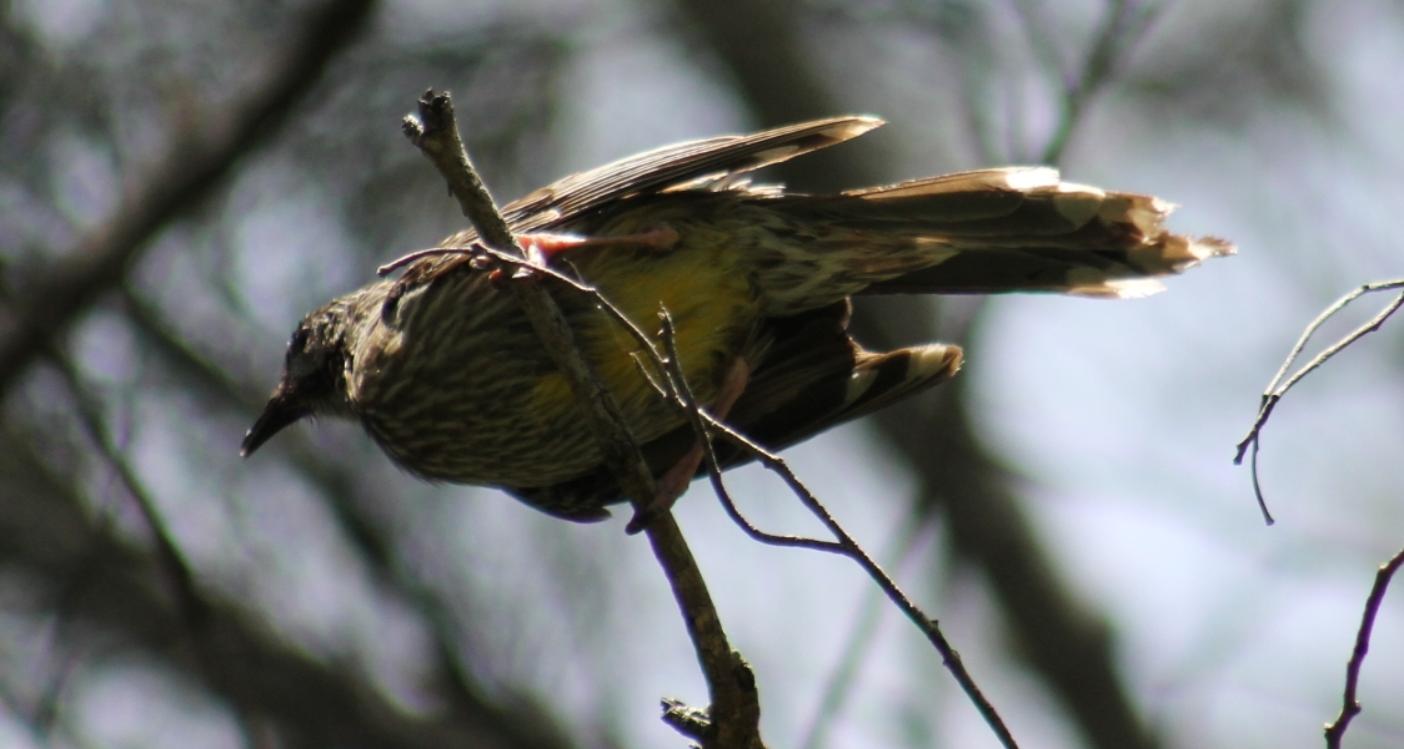 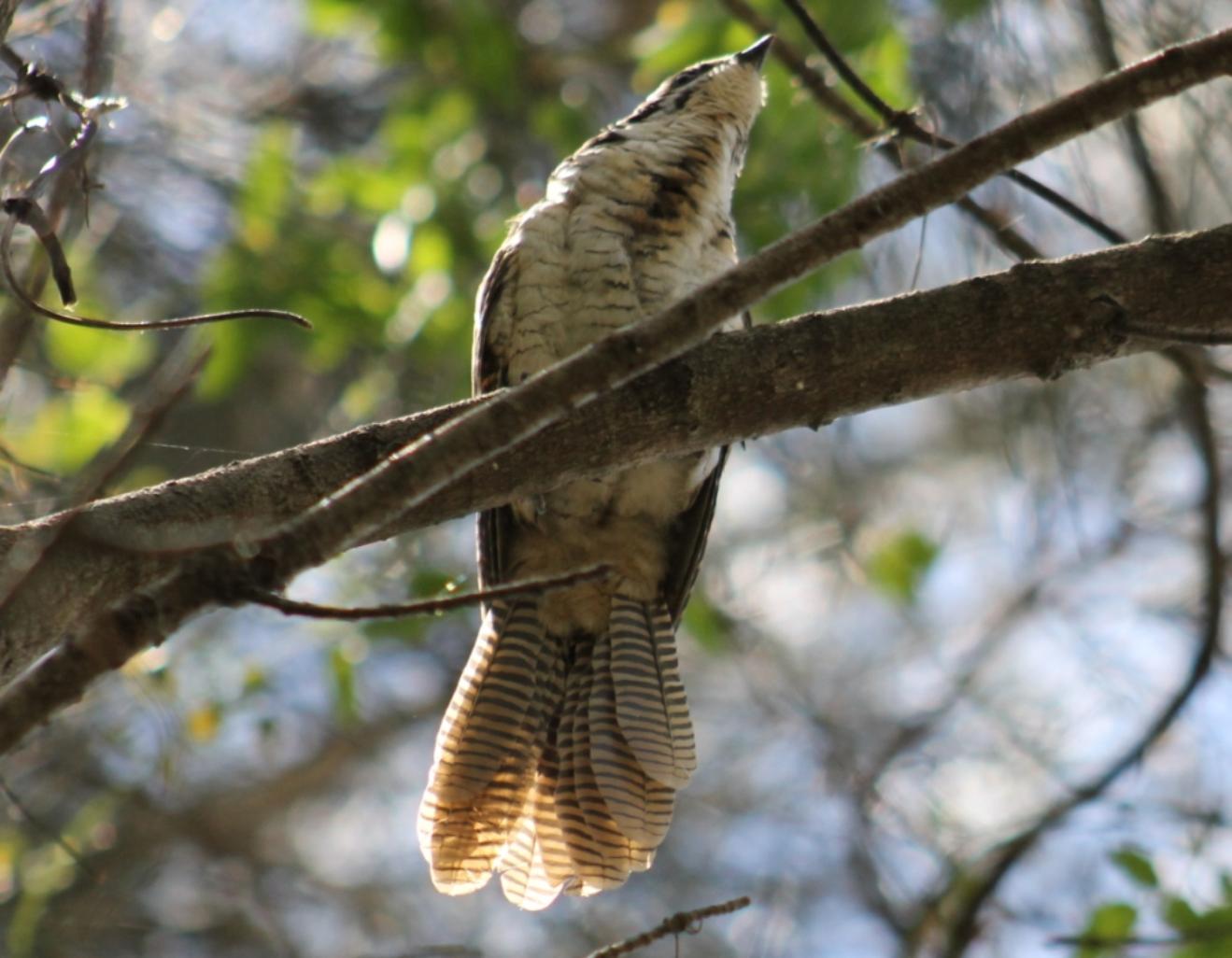 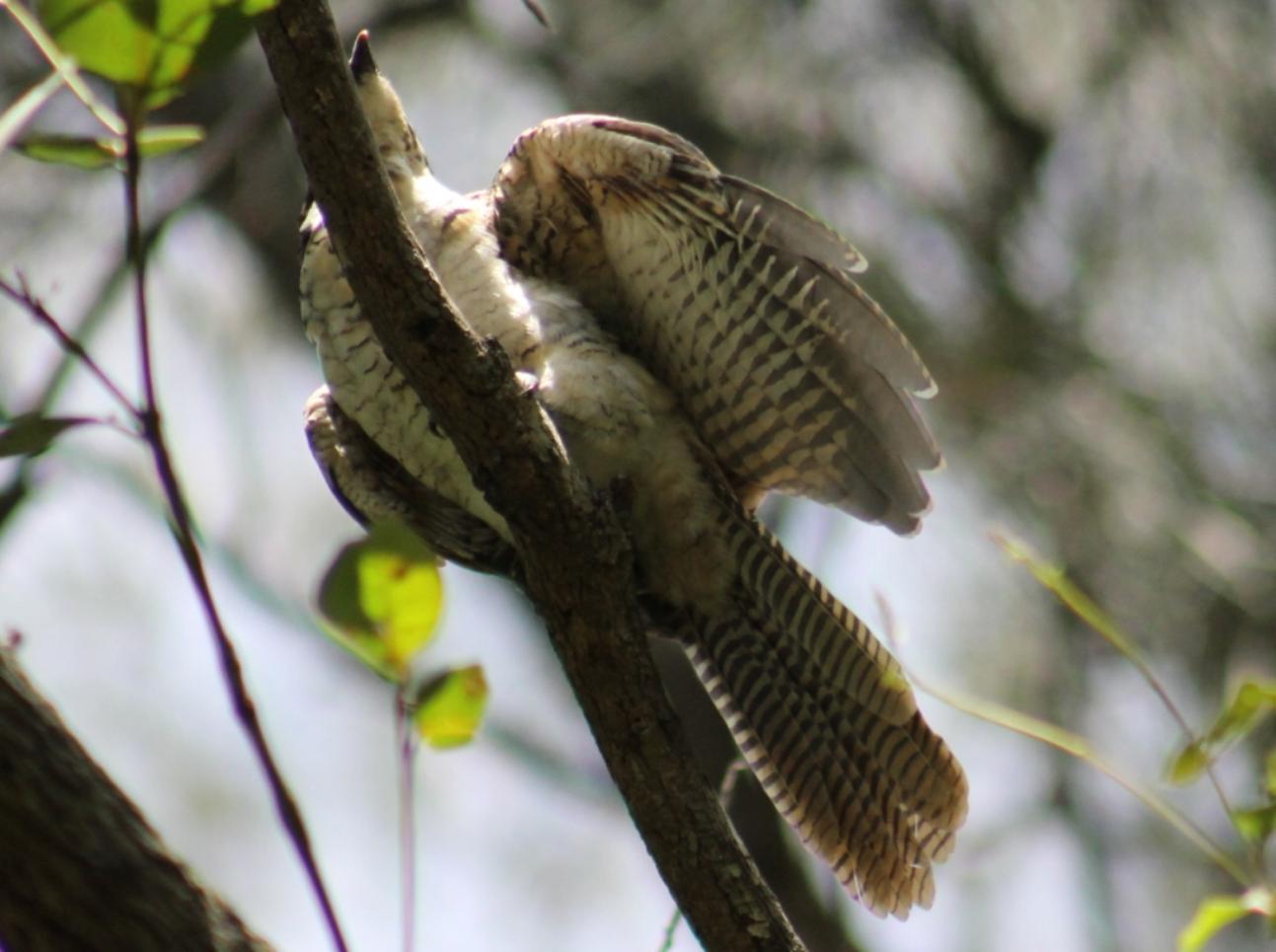