The First successful heavier-than-air flight in Australia occurred at Narrabeen Beach on Monday the 5th of December of 1909 and was taken by George Augustine Taylor, one of our pioneer aviators. This also constituted the first woman to fly in Australia 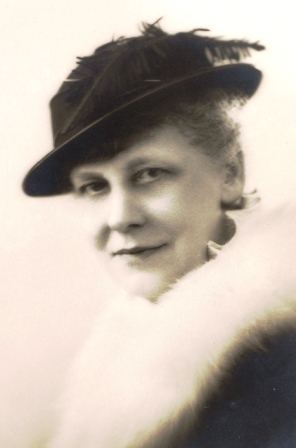 when his wife, Florence, also took a turn. Over one hundred spectators and media gathered to witness the flight.

The craft Taylor had built was a biplane glider. Constructed from coachwood and covered in oiled calico, with a box-kite tail for balance, the glider had a width of over twenty feet. They chose a launch area atop the dunes at the north end of the beach and pulled the tethered kite until it ‘nosed’ up into the winds and Mr Taylor called for these lines to be released. He manoeuvred the glider by shifting his weight.

Sources vary but most state that there were between 20-29 flights that day, made in 10-15 knot winds, that reached anywhere from 100 to 250 metres. Flights were made not only by George and Florence Taylor, but also by Edward Hallstrom (later Sir Edward Hallstrom), and Charles and Emma Schultz.

Reporting on Taylor’s triumphant flight, Aviation journalist, Jack Percival, wrote in The Sydney Morning "At 'let go' the wind immediately lifted the machine to the full length of the guide ropes and dragged the operators so fast that two let go; the machine now soared towards the ocean, and at the water's edge the remaining guide ropes were loosened, the machine making a leap upwards. Mr Taylor by careful manoeuvring, kept the machine well under control".

The original report in full:

On Sunday last Mr. George Taylor, secretary of the Aerial League, took a biplane, 18ft long, with 4ft planes, and box-kite tail balance, to Narrabeen. The trials at gliding were held, Mr. Taylor himself acting as demonstrator.

The scene of the flights was at Narrabeen Heads, in the presence of about one hundred visitors, the wide stretch of sand rendering any possible fall a matter of some safety.

At the beginning of the experiments the wind came from the south-east at 10 miles an hour. The machine was carried to a sand knoll, and brought face on to the wind. Messrs. Schultz, Le Clerc, and Gibbons, of Narrabeen, required all their strength to hold it down. For the preliminary flights the corners were held by guide ropes 15ft in length to prevent the machine from getting out of control before the experimenter was properly tuned to automatic balancing.

At the signal to let go the machine was well lifted by the wind, and by careful manipulation on the part of Mr. Taylor it shot towards the ocean 98 yards away in a series of curves from 3ft to 15ft above the ground, dragging its guides, who, however, pulled it to the ground at the water's edge. 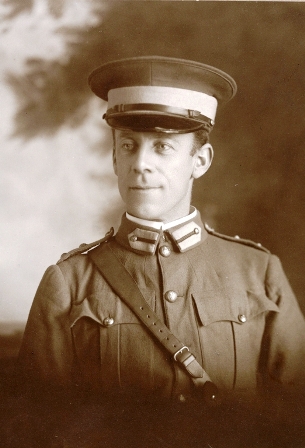 Twenty-nine successful flights were made by Mr. Taylor and Mr. Halstrom, an enthusiastic member of the Aerial League.

As the afternoon wore on the flights improved on account of the wind freshening to 15 miles an hour, and coming directly from the east so much so that the last flight of the day was notable.

At "let go" the wind immediately lifted the machine to the full length of the guide ropes, and dragged the operators so fast to the ocean that two let go; the machine now soared towards the ocean, and at the water's edge the remaining guide ropes were loosened, the machine making a leap upwards. Mr. Taylor by careful manoeuvring, kept the machine well under control, and dived it in the sea some little distance from the heads.

The machine will be fitted with steering gear and other improvements for further flights.

Mr. Taylor's monoplane is now having its powerful engine fitted to it at Gibson and Son's motor works at Balmain, and he hopes to have it in the air during Christmas week. If the flights are as successful as anticipated the machine will be placed at the disposal of the military authorities during the Kitchener camp and review. GLIDING AT NARRABEEN. (1909, December 7 - Tuesday). The Sydney Morning Herald (NSW : 1842 - 1954), , p. 3. Retrieved from http://nla.gov.au/nla.news-article15096414

The Aerial League of Australia was formed in Sydney in May of 1909 and founded by George Augustine Taylor (1872-1928).
Aerial League.
With the object of forming a body called the Aerial League of Australia, a 'number of enthusiasts met at the Australia Hotel, Sydney. Much enthusiasm prevailed, and close on 30 members were nominated. Mr. Laurence Hargrave, who was voted to the chair, gave a short address dealing with the object of the. meeting. Mr. George A. Taylor, in proposing the formation of the Aerial League, said that the conquest of the air placed the world on the verge of a remarkable revolution in civil and commercial condition.The Aerial League was necessary for many reasons. Australia held no mean position in the world to-day, and aerial engineering from a commercial point of view would be an important factor. Major Rosenthal, in seconding the proposition, pointed out that the Imperial authorities had practically told them that Australia had to look for protection from the sea attack, but when one began to realise the progress made towards perfecting the airship a graver danger came into view. He was hi charge of the howitzer section of the Australian Field Artillery, and he had noted that Great Britain was experimenting with 4.7 guns to shot 10,000 yards for opposing aerial invasion. This type of howitzer would no doubt 'be eventually adopted by Great Britain, and he hoped to see a brigade ( including eight guns) sent to Australia. There was no reason why Australia should not make arrangements for encouraging the aerial movement. The motion was carried unanimously. A provisional committee was formed to draft rules and a working programme, to be submitted to general meeting. Aerial League (1909, May 7). Albury Banner and Wodonga Express (NSW : 1896 - 1938), p. 32. Retrieved from http://nla.gov.au/nla.news-article132474748
AUSTRALIAN AERIAL LEAGUE.
The following officers were elected at a meeting of the Aerial League of Australia, held at the Hotel Australia, Sydney, on Wednesday afternoon: — Patron. Earl Dudley; president, Alderman Allen Taylor (Lord Mayor of Sydney); vice-presidents. Commander Brownlow, Lieutenant-Colonel Holmes, D.S.O., and Messrs. J. W. Turner, G. M. Merivale, and L. Hargrave; hon. auditor, Mr. Frank Taylor; hon. treasurer, Major Charles Rosenthal; hon. secretary, Mr. George A. Taylor. It was stated that over 200 nominations for membership are now in hand. Private offers of prizes for aerial flights have already been received, and the attitude of the Federal Government regarding a subsidy for Australian aeronautical research for defence purposes, will be watched with interest. AUSTRALIAN AERIAL LEAGUE. (1909, May 20). Evening News (Sydney, NSW : 1869 - 1931), , p. 8. Retrieved from http://nla.gov.au/nla.news-article115495481
Taylor opened an aeroplane factory in Surry Hills in September of 1909, constructing kites for military purposes, experimenting with a powered monoplane and human-carrying gliders. He warned of an approcaching need and persisted in trying to develop planes in Australia:
AERIAL EXPERIMENTS.
ORGANISATION FORMED.
At a meeting convened by aerial enthusiasts, an Aerial Experimental Section of the British Science Guild was formed. Mr George A Taylor, who was elected president, roeountod the difficulties that Australian inventors had experienced in securing adequate acknowledgment of their endeavours, especially in wireless and aeronautics.
Among the proposed activities of the section were the building of a motorless aeroplane, a competition for models and a demonstration by Messrs. MacFarlane and Daniell who are constructing a full sized machine. The following officers wee elected President Mr G A Taylor, vice presidents P. H. Vyner and W Hart, Committee; Messrs V J Hart, J Robertson, N E Marshall A P Hall jun G T Macfarlane F H Daniell E A Hand and E Halstrom hon secretary and treasurer, Mr. Fred Passey. AERIAL EXPERIMENTS. (1923, April 18).The Sydney Morning Herald (NSW : 1842 - 1954), , p. 13. Retrieved from http://nla.gov.au/nla.news-article16073095
A Memorial for George Taylor, opposite Narrabeen Post Office, to commemorate his feat.

THE HOUSE AT THE END OF THE ROAD By Robert Whitelaw
National Museum of Australia: George Taylors Biplane Glider; here 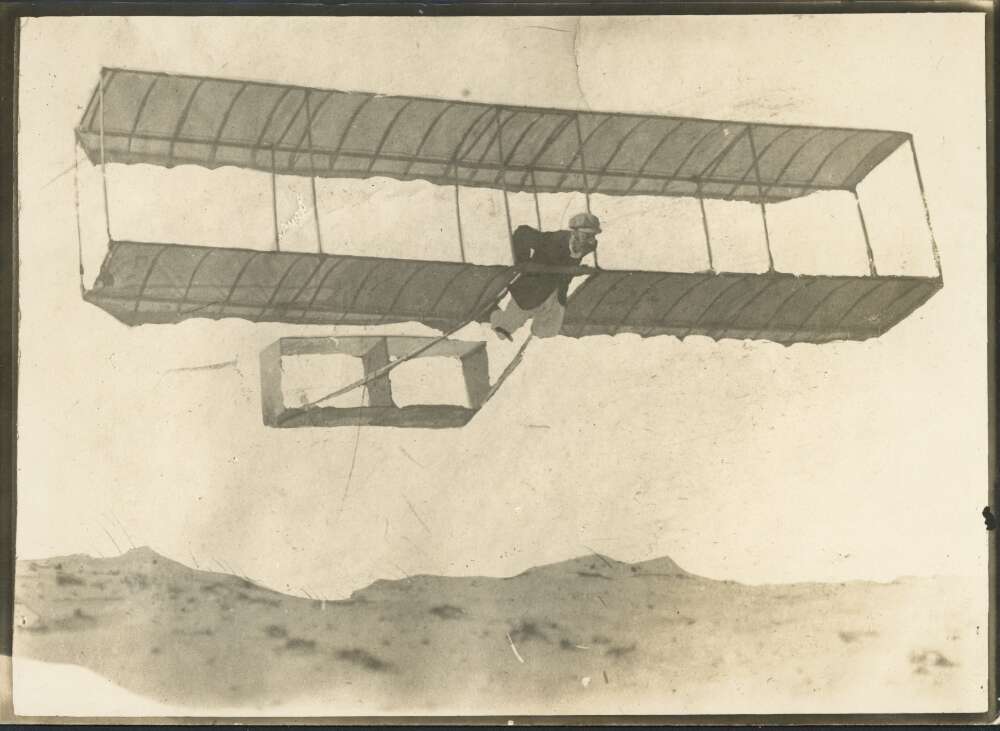 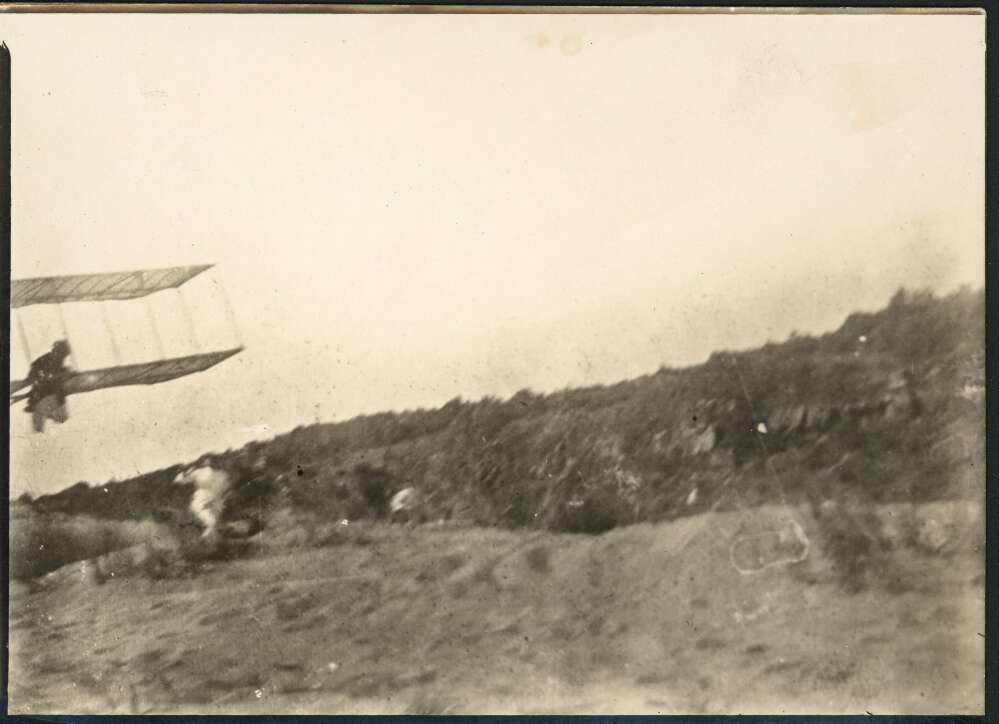