If you have your health you have everything. Anyone who has battled a debilitating illness or been a carer for a loved one during one of these testing times will not take any moment granted to spend with that loved one after that time for granted.

The health benefits of sea air and saltwater have long been spoken of and once we were, legally, allowed to swim in broad daylight in the sea, ‘Sea Bathing’, this no cost health building benefit saw people take to the ocean and its salty airs in droves. We’re still there.

Sea Bathing for Health. How to get well at the sea-side, or now to improve the health while living near the sea, is a question that should be of interest to many. The cases that may be benefited by a month's residence on some pleasant and bracing part of the coast are very numerous, says an English physician, and include all that partake of the nature of debility either of the nervous or muscular systems, or of the digestive organs. If one be suffering from weakness of any kind, wether from overwork or recent illness, he cannot do better than consider himself to a great extent an invalid while at the sea-side. Rest is of the highest importance. Nature can do nothing without it, and minus medicine of any kind it is often surprising how quickly cases are improved by even a brief residence by the sea, if plenty of time be spent in the fresh air, and baths in the open sea be taken daily. A regular plan or system should be adopted, and firmly adhered to, else but little benefit need be looked for. The cure of no ailment can be accomplished in a hurry. Nature refuses to be rushed. Yet we constantly see people who have been clown at the sea-side return home more jaded and weary than when they left home. The fresh water morning bath should be taken regularly, the sea bath about three hours after breakfast. This is safer than bathing iu the open before breakfast. Too long time should not be spent in the water, especially for the first two or three days. On first taking up one's abode by the sea, inordinate hunger is generally felt. This should not be too much gratified, however, else a bilious attack will be the result, and valuable time lost. Calmness of mind and body, with moderate exercise and freedom from care, will quickly work together for good if regularity and system be thoroughly adopted.

Once nicknamed the ‘Brighton of the South’, a reference to the famed ‘health resort’ and pleasure place of England, and what an original petition sought as a name for this place– Manly, was no exception to this moniker.

While recuperating on Manly Beach from the removal of his gall bladder, Rev. Drummond had what he described as an inspiration: 'to bring from the Far West to the seaside, children of the kind who would otherwise never see the sea during their childhood'.

Born on May 22nd, 1884 at Attunga, New South Wales, the eldest son of James Drummond and his native-born wife Mary Jane, née Richardson, his father was born at Beechworth, Victoria, and even though a saddler by trade, he and his wife taught in New South Wales public schools. Stanley was educated at various schools where his father taught, but was not a keen student and on leaving school became a junior clerk in the Department of Lands at Queanbeyan. After contracting pneumonia he followed medical advice and took up outdoor work as a carpenter's assistant.

Although some sources state his decision to enter the Methodist ministry was ‘sudden’, his works would seem to point for a lifelong love of others. He studied at the Sydney Central Methodist Mission, and in late 1909 took charge of the Home Mission station at Bulahdelah. In his first year he was thrown from a sulky, spending eighteen months in pain in an iron splint. Although he recovered he retained a limp. At Bowral on 13 November 1911 he married Lucy Doust, who had been a mission sister at the Central Methodist Mission.

Wattle Park.(From our Correspondent).FAREWELL TO REV. S. G. AND MRS. DRUMMOND. It was with regret that the folk gathered at the Wattle Park church on 2nd April for the purpose of farewelling Rev. S. G. and Mrs. Drummond prior to leaving for their new circuit in the far west, the former having been the Superintendent Minister for the past twelve months of the Yass circuit of which Wattle Park formed a part. And owing to a division being made by the last conference to the effect that Wattle Park be transferred to the Canberra circuit necessitated the early departure of Rev. Drummond, as Yass is at present supplied with a probation. The recorder, Miss Thelma Southwell, on behalf of the Comrades presented Mrs. Drummond with a beautiful silver jewel case as a token of their love and esteem. ... Mr. C. Kilby expressed a few words of appreciation to Mr. Drummond. He could honestly say the guest had been a true friend to all. His policy seemed to be to get the folk into work, which was a good one as he, himself, had been influenced for the better in that particular direction. On behalf of the young men he could honestly say that they always were glad to see him. They regarded him as a true friend who had won their admiration and esteem. They were indeed sorry to have to separate so soon. Mr. C. Southwell also spoke very highly of Mr. Drummond for his companionship as he regarded him more as a brother than a parson. He had always enjoyed his company and had benefited by his influence and personality. Mr. A. Kilby spoke of the sportsman-ship of Mr. Drummond and his keen interest in all their different kinds of sport, and whilst in the contest of " footy," Mr. Drummond had always been on the lines with the keenest enthusiasm, and they realised they were losing a good sport and barracker. (1924, April 15). Queanbeyan Age and Queanbeyan Observer (NSW : 1915 - 1927), p. 2. Retrieved from http://nla.gov.au/nla.news-article31657152 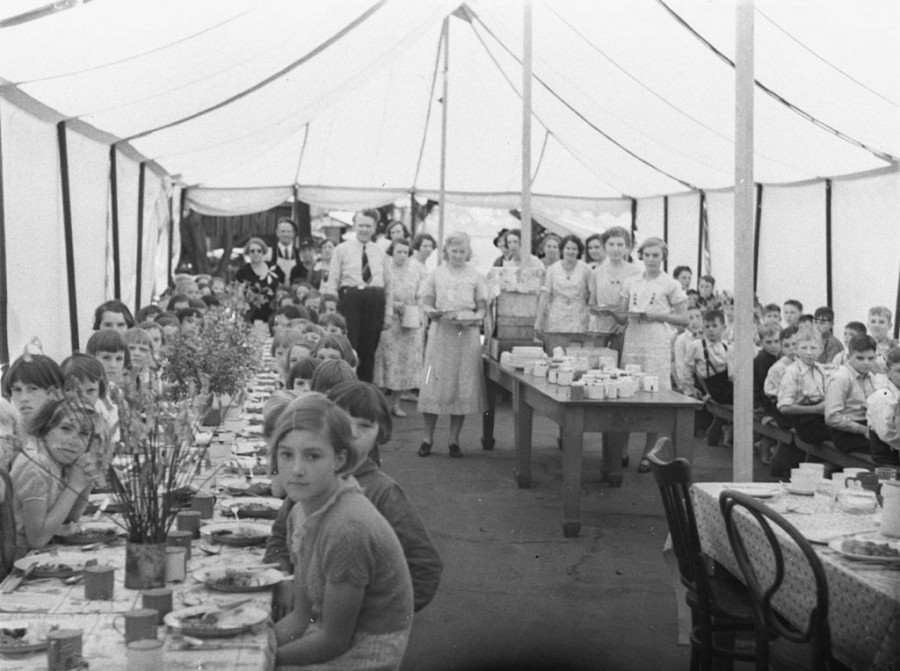 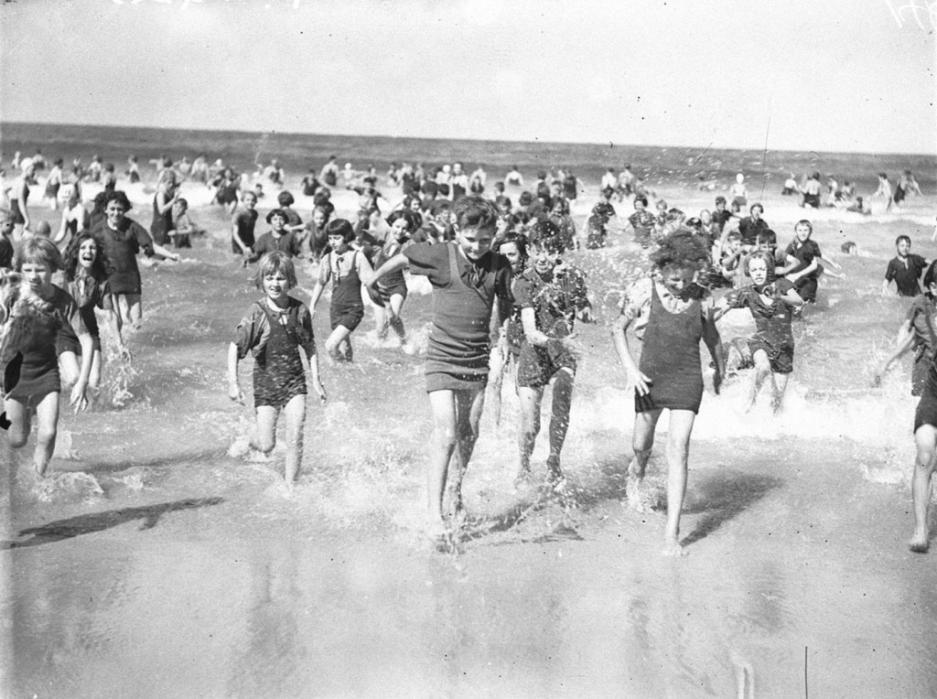