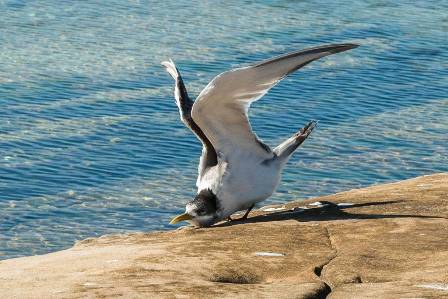 The plumage on this seabird, a Sternula albifrons, Little Tern, shows it is in its first year of life. Spotted just near a colony of Silver Gulls at Dee Why pool on Sunday its presence is also a sign of the approach of Spring. These birds migrate to Australia during the winter months. Breeding takes place during Spring and Summer from late August on. They build their nests on the ground, lining them with seaweed, seashell grit and small stones. Fish are their main diet which they catch by diving into the water. They will also eat insects and molluscs. Terns inhabit our coastal environment, including our lagoons and estuary. Silver Gulls often nest close to or in Little Tern colonies

Terns are seabirds in the family Sternidae, previously considered a subfamily of the gull family Laridae. They form a lineage with the  gulls and skimmers which in turn is related to skuas and auks.  The common English name for this group and the original genus name, Sterna, appear to be derived from the Old English "stearn"; a similar word was also used by the Frisians for tern. "Stearn" appears in the Old English poem The Seafarer, written around 1000 AD. Other English names: Least Tern, Eurasian Little Tern, Eastern Little Tern.

The Little Tern is a small, slender and elegant marine tern (total length 20–28 cm; mean adult weight approximately 53 g for males, 49 g for females [Higgins & Davies 1996]) with narrow wings and a fairly long and deeply forked tail. Sexes do not differ in plumage or size. Little Terns are typically gregarious throughout the year and generally seen in small flocks. 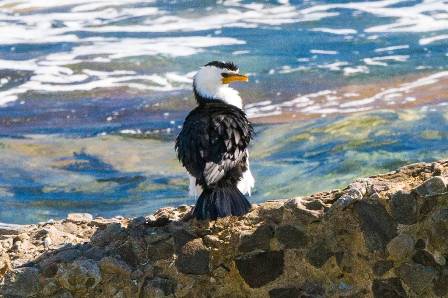 This Cormorant picture was also taken at the same rock platform; clearly a popular place for seabirds. Pics by AJG and MM.

The Seafarer is an Old English poem recorded in the Exeter Book, one of the four surviving manuscripts of Old English poetry. It consists of 124 lines, followed by the single word "Amen". In the past it has been frequently referred to as an elegy, a poem that mourns a loss, or has the more general meaning of a simply sorrowful piece of writing. Some scholars, however, have argued that the content of the poem also places it in the category of Sapiential, or Wisdom, Literature. Old English Version with Translation HERE. 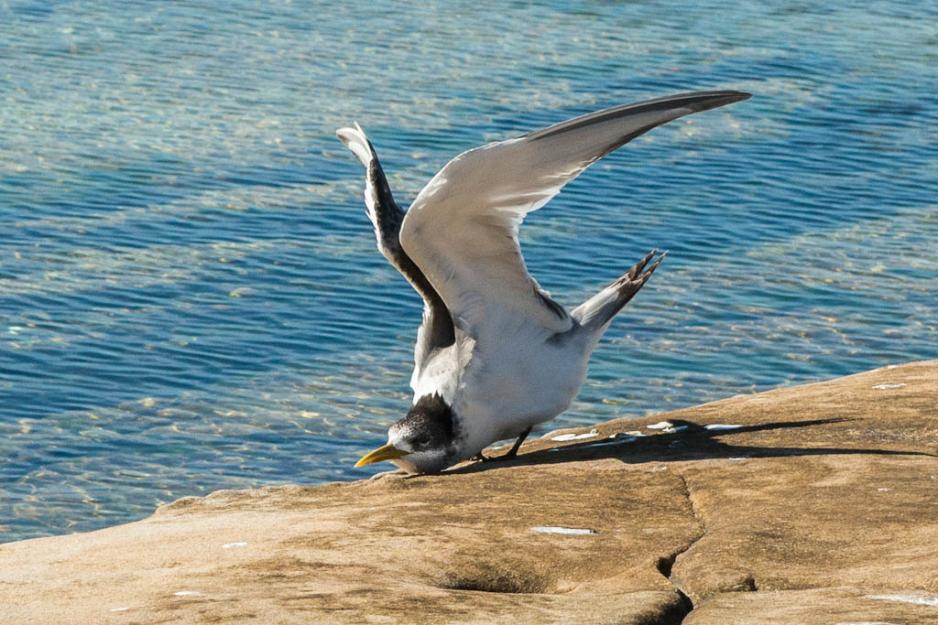 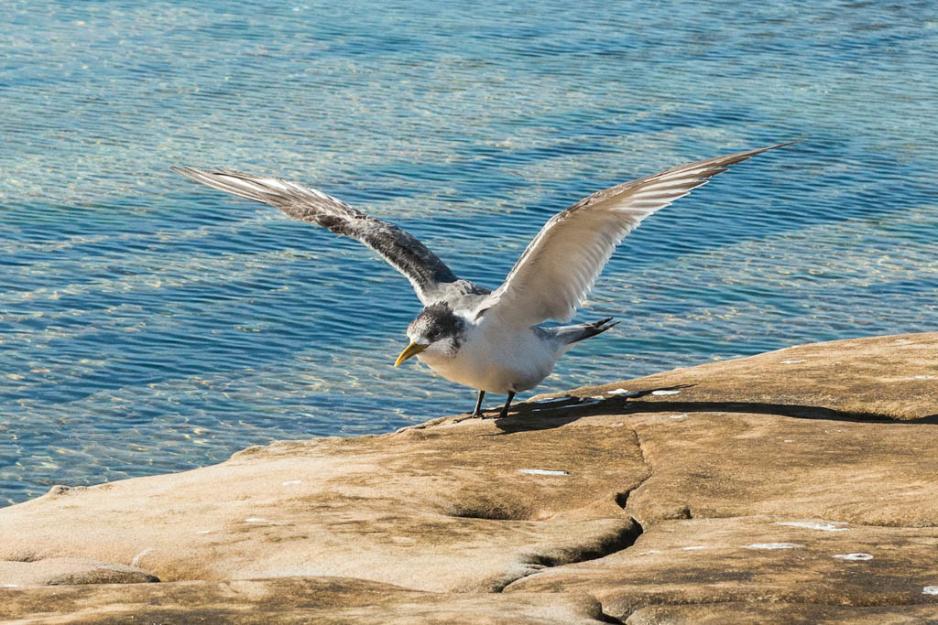