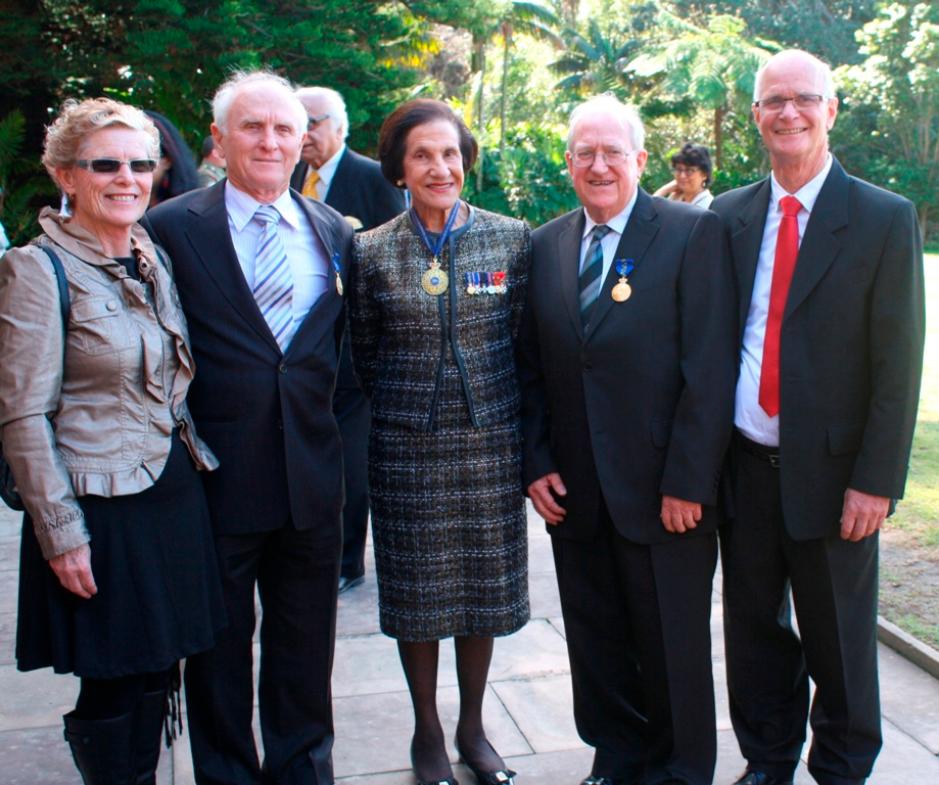 AIMPE Sydney Branch President David James has been honoured at this year’s Queens Birthday Awards with a medal of the Order of Australia (OAM).

The OAM was awarded to David for his service to conservation and the environment.

AIMPE congratulates David for this wonderful recognition of his tireless efforts to preserve and maintain the local environment of Sydney’s Northern Beaches.

It was a natural continuation of this work for David to campaign to protect the Warriewood Valley wetlands when a major development plan was under consideration. This was a considerable effort and involved not only the preparation of a detailed submission but then lobbying of the NSW Environment Minister Paul Landa. Landa agreed and an Interim Development Order resulted – banning the adverse activities.

The Narrabeen Lagoon Committee continued its activities and a State Pollution Control Commission inquiry into the health of the Lagoon resulted. Interestingly that led to some carefully planned dredging to rectify the siltation from urban development. So David had some interest in dredging before he went to work for Dredging International!

The focus on the pollution in the Lagoon revealed that a major tip was the source of some of the contamination. The campaign to close down the tip led to court action by the Waste disposal Authority and was one of the factors leading up to the enactment of the NSW Occupational Health and Safety Act 1979.

Eventually much of the bushland surrounding the Lagoon was preserved in a National Park – the Garigal National Park. There were many steps along the way to this achievement and different Ministers added to the park over the years.

Another part of the ‘project’ was the creation of a continuous public park from the hills of Ingleside to the Pacific Ocean at North Narrabeen. This idea was given a boost by the Bicentennial focus on long term concepts. The Warriewood Wetland was later addition to this corridor – just a short matter of 27 years from conception in 1979 to final completion in 2005.

The Warriewood escarpment was another ‘project’ on David list. Many others were involved but David was there again in the thick of it. Once again – mission accomplished after plenty of hard work and many meetings with the various parties involved.

Over the 37 years of this local environmental campaign, David served in local government – first on Warringah Shire Council in the 1980s and then on Pittwater Council in the 2000s. He was elected Mayor of Pittwater in 2007.

Of course AIMPE members know David James as a marine engineer. His career included service with Port Line, with the Manly & Port Jackson Steamship Co (on the Manly Ferries); and with J Fenwick tugs which was subsequently taken over by Adsteam which in turn was taken over by Svitzer. After retiring from the Sydney Tugs, David kept his Certificate valid and kept his hand in doing the odd delivery voyage, taking charge of a foreign container ship which lost its Chief Engineer due to ill health and also working in the dredging sector at a time when there were a number of big projects underway. His last vessel was the split hopper ‘Sloeber”.

During his time on the Sydney Tugs David stepped up and served as delegate for many years and indeed also took on the position of National Tug Convenor for AIMPE – so he is also well known to many tug engineers around Australia. 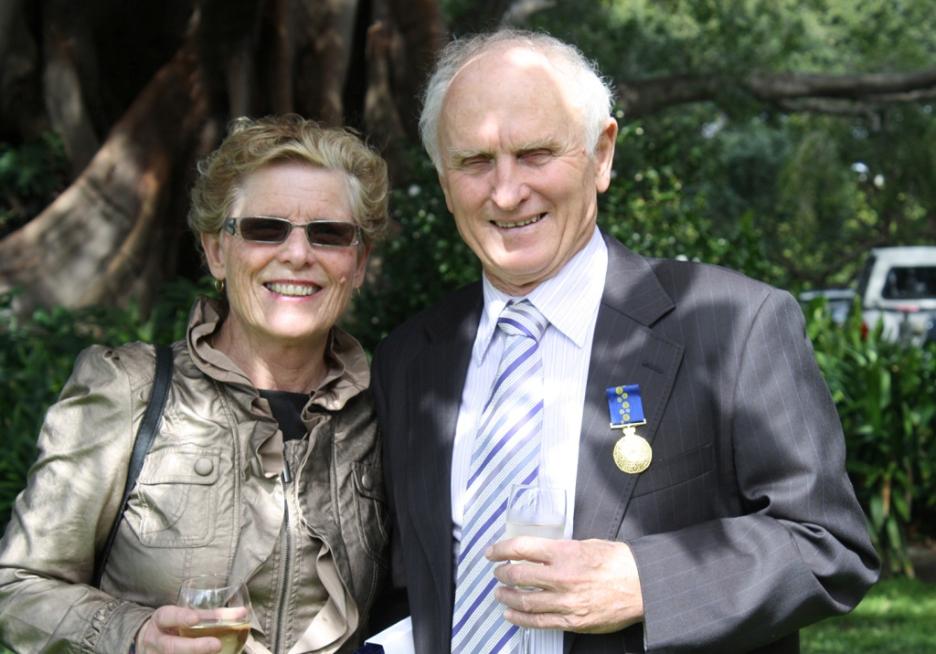 Diana and David James at the OAM Presentation Ceremony.