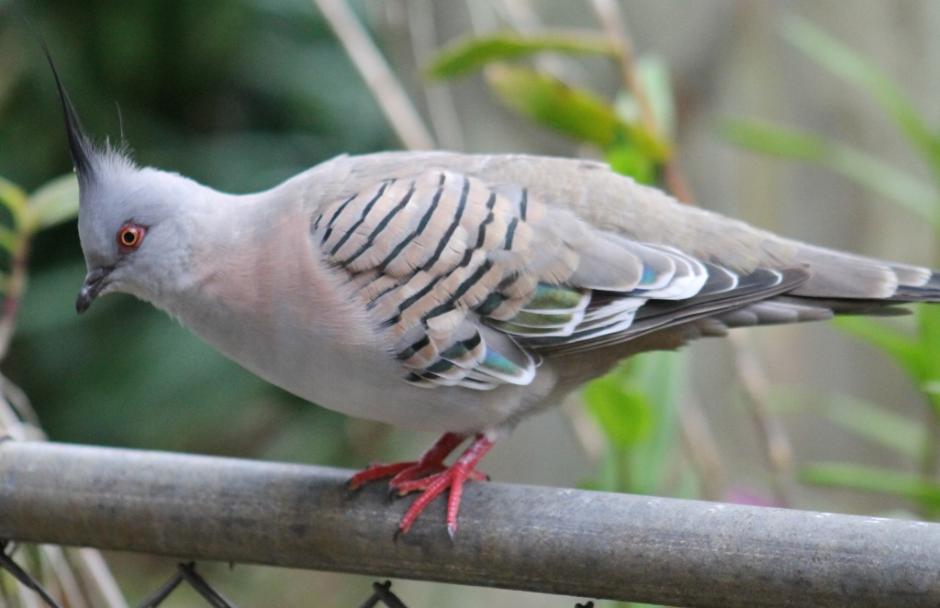 Crested Pigeons – An Australian Native
The crested pigeon (Ocyphaps lophotes, commonly mistakenly called a topknot pigeon) is a bird found widely throughout mainland Australia except for the far northern tropical areas. It is the only member of the genus Ocyphaps. There are only two Australian native pigeon species that possess an erect crest, being the crested pigeon and the spinifex pigeon. The crested pigeon is the larger of the two species.
Their most distinctive behaviour is the beating and whistling sound their wings make when they take off. This happens because they have an  eighth primary feather that is much narrower than its neighbours.

The length of the crested pigeon varies from 30 to 34 centimetres (12 to 13.6 inches). Colouration is grey with tinges of brown and green. It has afeathered but slender, black spike on top of the head. They run with the crest erect. The periorbital skin is bright orange. Wings have black stripes and are bronzed, while the primary feathers have colourful areas of brown, purple, blue and green. Immature birds have duller colours with no bronzing on the wings.
This week we read a story about how scientists have discovered that pigeons, always considered highly intelligent birds, have been taught to recognise signs associated with words.

Pigeons are able to navigate home across hundreds of miles using the sun, the Earth's magnetic field and landmarks such as tall buildings.

There are also many tall tales about pigeons traveling more than a thousand miles in one day -- sometimes many thousands. This is an exaggeration. The truth is that racing pigeons fly between 40 and 50 miles (64 and 80 kilometers) per hour, with the top performers covering a maximum of about 600 miles (966 kilometers) in a single day, according to the Solar Center at Stanford University.


Pigeons have been cohabitating with humans for 5,000 to 10,000 years, often as pets, or messengers. Remembering this inspired us to share a favourite poem by Australian writer ‘Banjo’ Paterson which mentions these beautiful Australian pigeons.

The Travelling Post Office
By A. B. Paterson
The roving breezes come and go, the reed beds sweep and sway,
The sleepy river murmurs low, and loiters on its way,
It is the land of lots o' time along the Castlereagh.

The old man's son had left the farm, he found it dull and slow,
He drifted to the great North-west where all the rovers go.
"He's gone so long," the old man said, "he's dropped right out of mind,
But if you'd write a line to him I'd take it very kind;
He's shearing here and fencing there, a kind of waif and stray,
He's droving now with Conroy's sheep along the Castlereagh.
The sheep are travelling for the grass, and travelling very slow;
They may be at Mundooran now, or past the Overflow,
Or tramping down the black soil flats across by Waddiwong,
But all those little country towns would send the letter wrong,
The mailman, if he's extra tired, would pass them in his sleep,
It's safest to address the note to "Care of Conroy's sheep",
For five and twenty thousand head can scarcely go astray,
You write to "Care of Conroy's sheep along the Castlereagh"."

By rock and ridge and riverside the western mail has gone,
Across the great Blue Mountain Range to take that letter on.
A moment on the topmost grade while open fire doors glare,
She pauses like a living thing to breathe the mountain air,
Then launches down the other side across the plains away
To bear that note to "Conroy's sheep along the Castlereagh".

And now by coach and mailman's bag it goes from town to town,
And Conroy's Gap and Conroy's Creek have marked it "further down".
Beneath a sky of deepest blue where never cloud abides,
A speck upon the waste of plain the lonely mailman rides.
Where fierce hot winds have set the pine and myall boughs asweep
He hails the shearers passing by for news of Conroy's sheep.
By big lagoons where wildfowl play and crested pigeons flock,
By camp fires where the drovers ride around their restless stock,
And past the teamster toiling down to fetch the wool away
My letter chases Conroy's sheep along the Castlereagh.
The Bulletin, 10 March 1894
Australian Poem You Should Know The Travelling Post Office. (1934, November 28). The World's News (Sydney, NSW : 1901 - 1955), p. 12. Retrieved from http://nla.gov.au/nla.news-article136999771 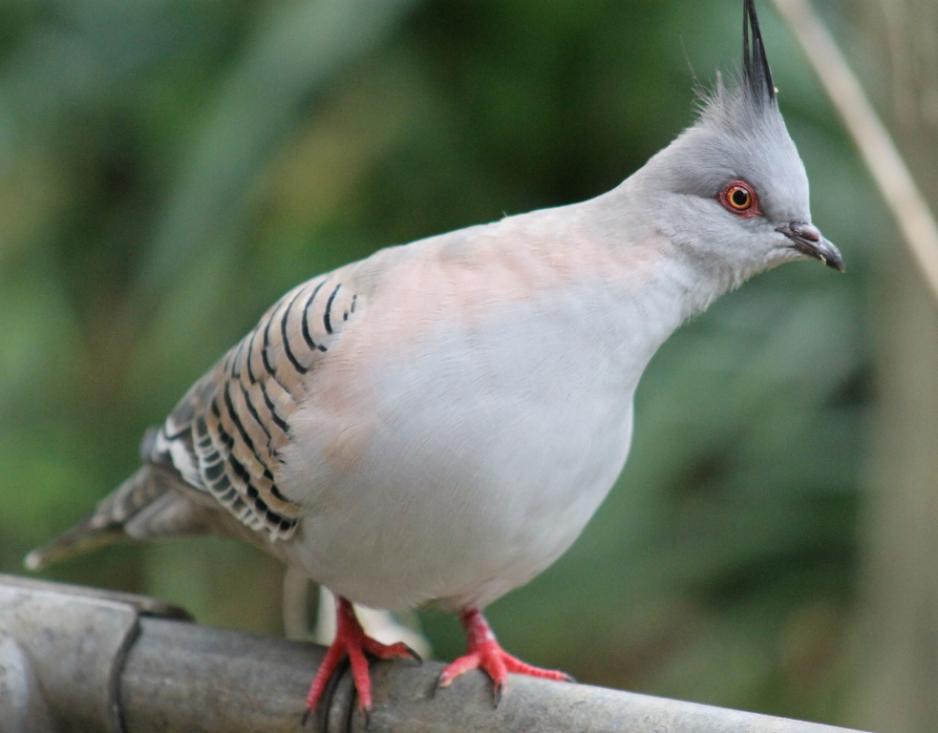