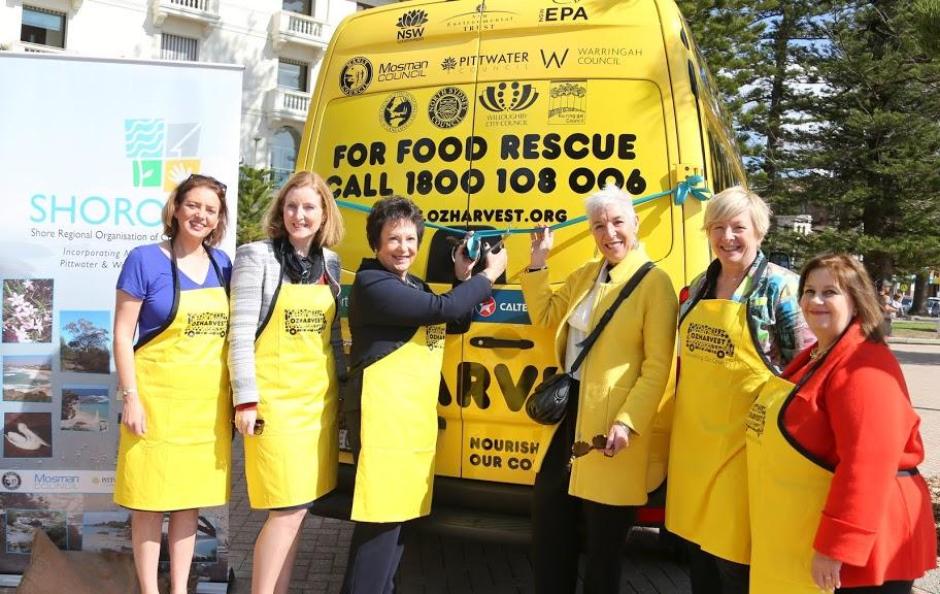 In an Australian first, Mayors from the Northern Beaches and North Shore today proudly launched a new OzHarvest van which will collect surplus food from local businesses to give to charities.

Each year businesses in Sydney throw away more than 300,000 tonnes of food and an estimated 139 tonnes of food will be saved from landfill through this partnership. OzHarvest picks up surplus food from businesses that would otherwise be thrown away. The food is distributed locally to charitable organisations including homeless shelters and assists many people in need.

The Mayor of Manly and SHOROC Vice-President, Cr Jean Hay AM together with the Mayors of Pittwater, Willoughby and Ku-ring-gai launched the new van with OzHarvest chef ambassadors and local charity recipients.

“As Mayor of Manly and SHOROC Vice-President, I am very proud to be able to launch this project. It is an Australian-first with councils from the Northern Beaches and North Shore partnering OzHarvest in collecting surplus food from local businesses to give to charities rather than being thrown away.

“Businesses save money by not having to pay to get rid of surplus food, but more importantly have the satisfaction of knowing they are making a valuable contribution to those in need in their local community,” Cr Hay said.

“We encourage other councils to also get on board!”

This project is a NSW EPA Waste Less Recycle More initiative funded from the waste levy and is part of SHOROC’s Too Good to Waste strategy. 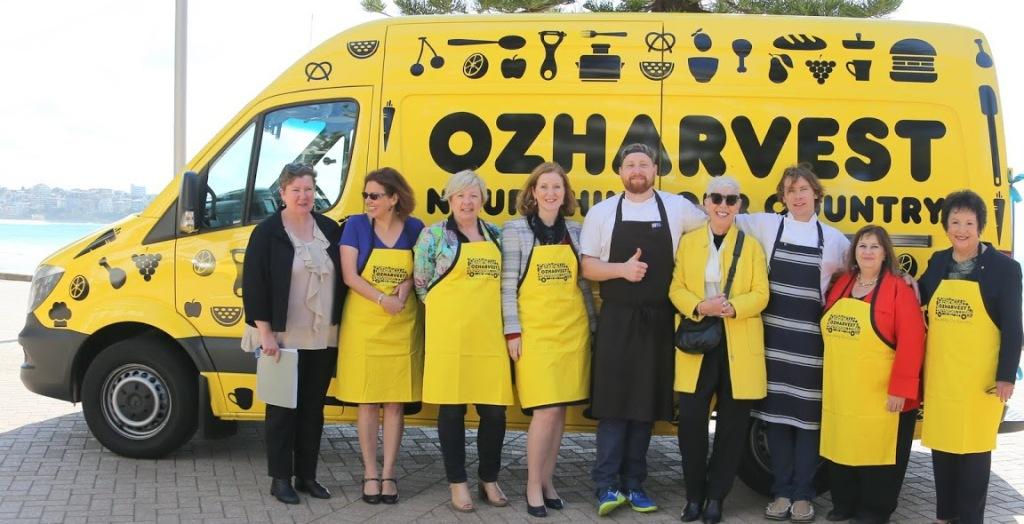