Every year, on the 2nd of February, the Anniversary of the

signing of the Convention on Wetlands of International Importance (Ramsar Convention) in Ramsar, Iran, on February 2nd, 1971, is celebrated as World Wetlands Day.

Pittwater Council is providing a range of activities to celebrate this day which are on the Community News page. To ‘whet’ your appetite we share some images taken this week in low tides at Careel Bay, a salt-marsh Estuarine Wetland. 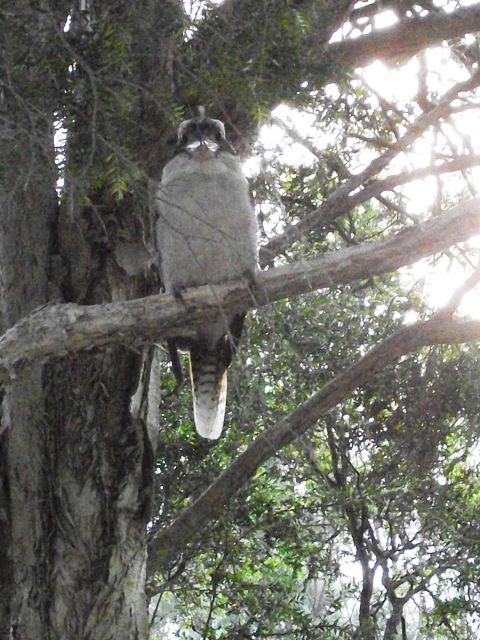 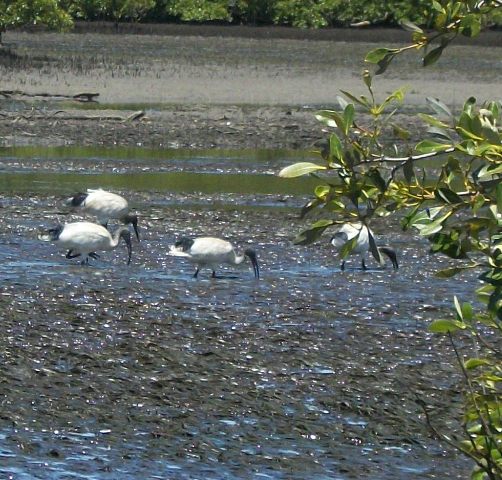 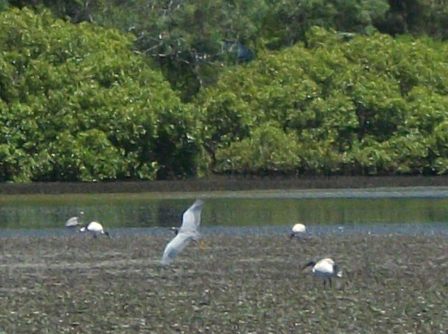 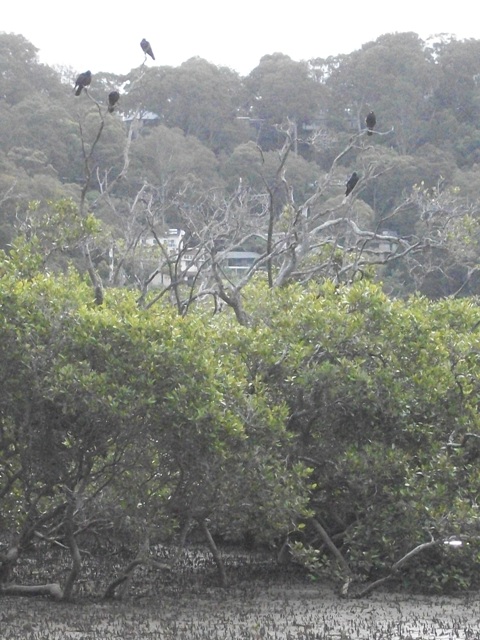 Top right – Nobby Club Rush.- Ficinia nodosa, Under that is Common Rush - Junus usitatus, under that is seedlings of Grey Mangrove – Avicennia marina, Under that: Seagrasses – this one is the one that grows in the more shallow area – Zostera sp. Last; Grey Mangrove Seedlings growing (DFE picture).

Above: Kookaburra in paper Bark – Melaleuca styphelioides, Ibis feeding, Ibis and flying White faced Heron, Ravens in dead tree
Below: Sacred Ibis walking over Seagrass at low tide, Under that – intertidal mud and sand flats with an edge of Sea Rush - Juncus kraussii leading up to the shore and the She Oaks, Under that Pneumatophores (aerial breathing roots) of the Grey Mangrove.
pneumatophore means "air carrier" in Greek. A 3-metre tall Grey Mangrove can have 10,000 pnumatophores. Pneumatophore: A specialized root that grows upwards out of the water or mud to reach the air and obtain oxygen for the root systems of trees that live in swampy or tidal habitats.
Pneumatophores are also called air roots.The aerial roots contain large air spaces that transport air and provide a reservoir of air during high tide when the aerial roots are underwater. The function of aerial roots are to absorb air and to provide structural support in the soft mud. Roots for absorbing nutrients are tiny and emerge near the muddy surface. 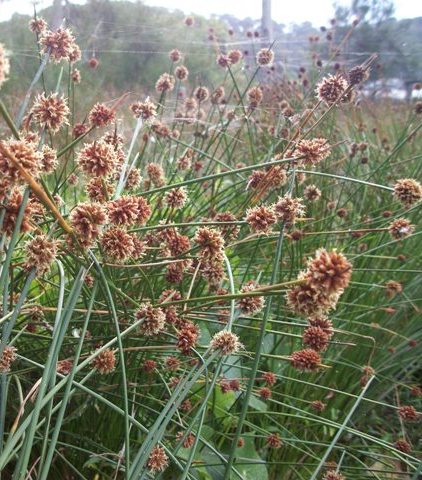 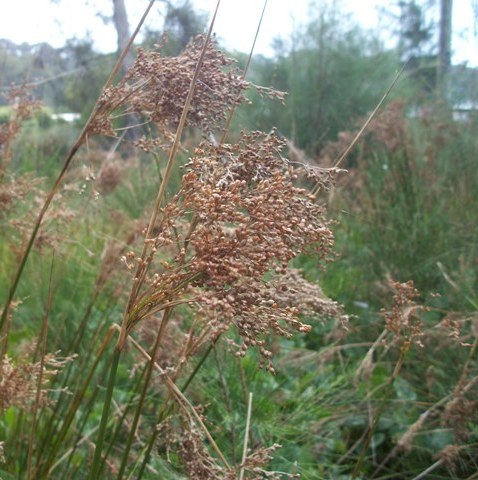 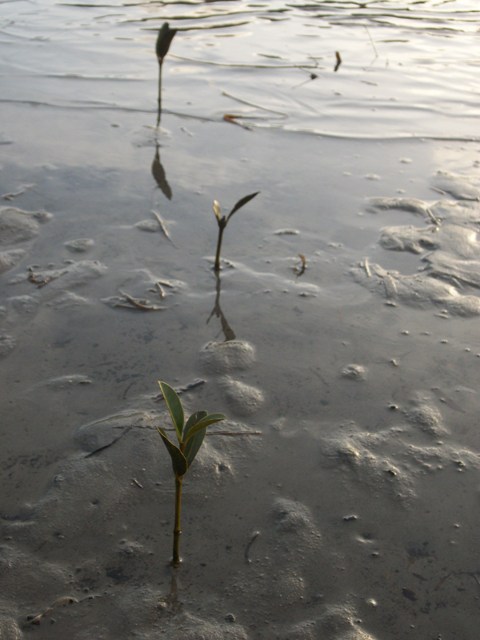 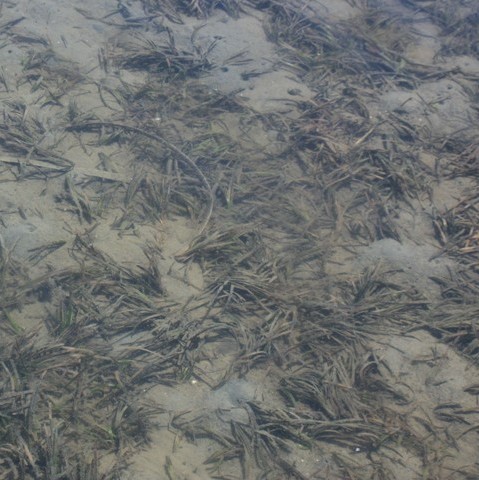 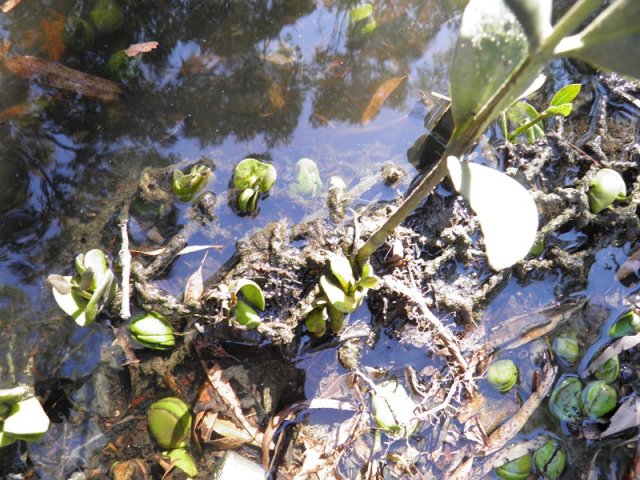