On Saturday afternoon a pair of Buff-banded Rails and a single fluffy black chick were spotted on Careel Creek. While at first unconcerned about the presence of the bird-watcher, alarmed peeps came from who is obviously the mum of the pair when the baby began stumbling and so a quiet retreat was in order while making soothing noises. These pictures were snapped quickly so as not to alarm the pair or baby.

The sight of these birds, kindly identified for us by Marita Macrae of PNHA, has not occurred outside of the Warriewood wetlands or the Royal Botanic Gardens. Thus our chant; please keep your dogs on their leashes when walking through or beside the habitat of these ground dwelling beautiful birds.  Their nests are usually situated in dense grassy or reedy vegetation close to water, with a clutch size of 3-4. Seeing only one chick with this pair, and their alarm at being seen, indicates rats have eaten the other eggs or someone’s pets have killed the others.

The Buff-banded Rail (Gallirallus philippensis) is a distinctively coloured, highly dispersive, medium-sized rail of the family Rallidae. This species comprises several subspecies found throughout much of Australasia and the south-west Pacific region, including the Philippines(where it is known as Tikling), New Guinea, Australia, New Zealand (where it is known as the Banded Rail or Moho-pereru in Māori)

They feed on snails, crabs, spiders, beetles and worms, feeding at dawn, dusk and after high tide. They can run at great speed but seldom take to flight. 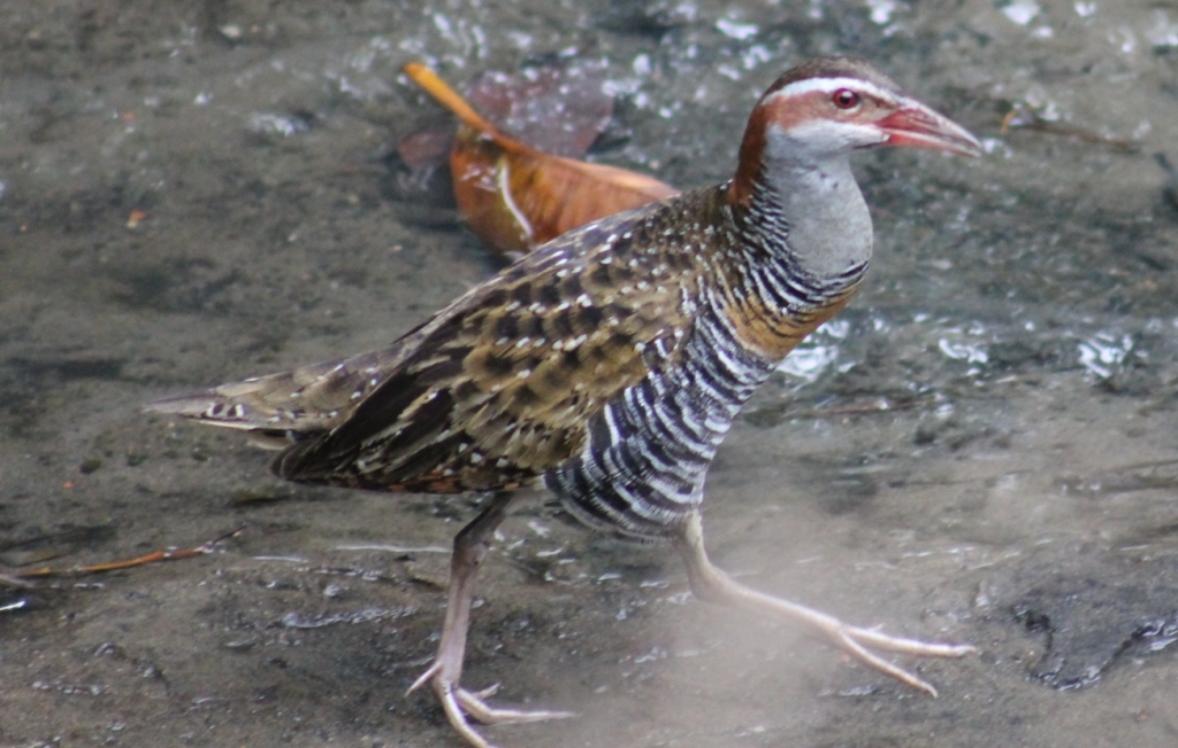 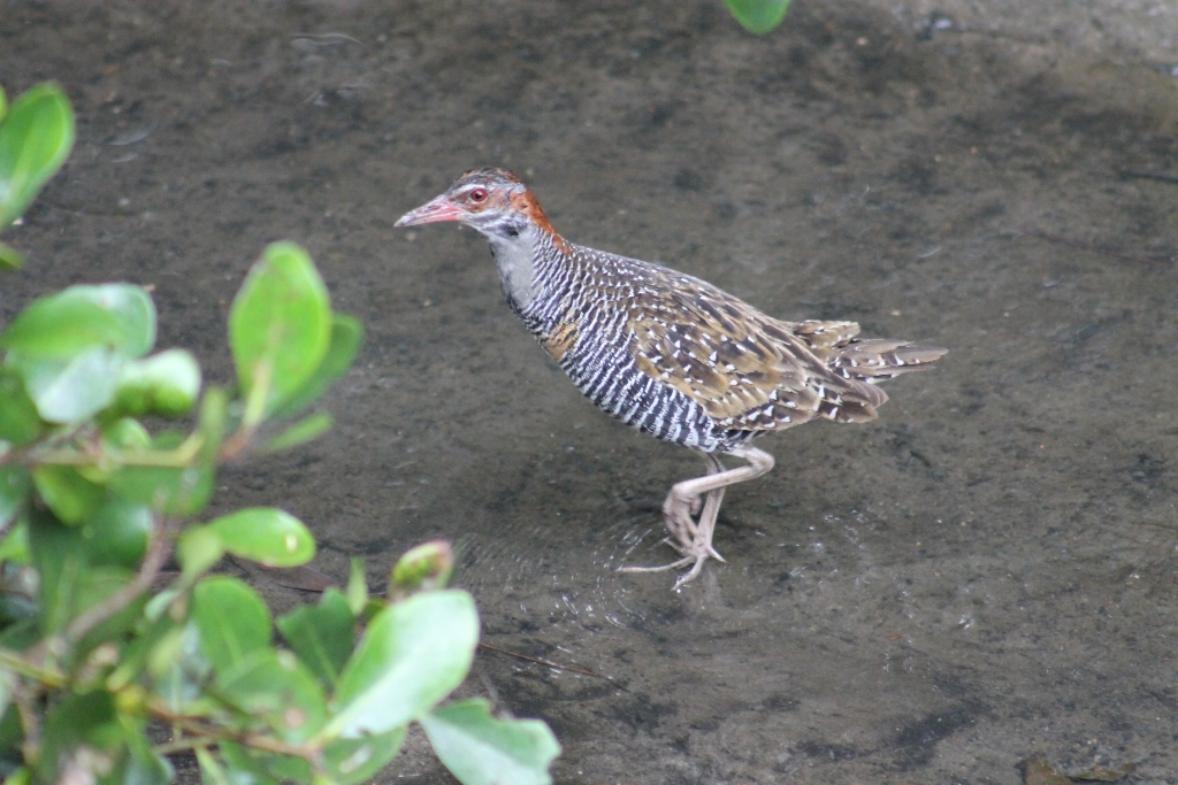 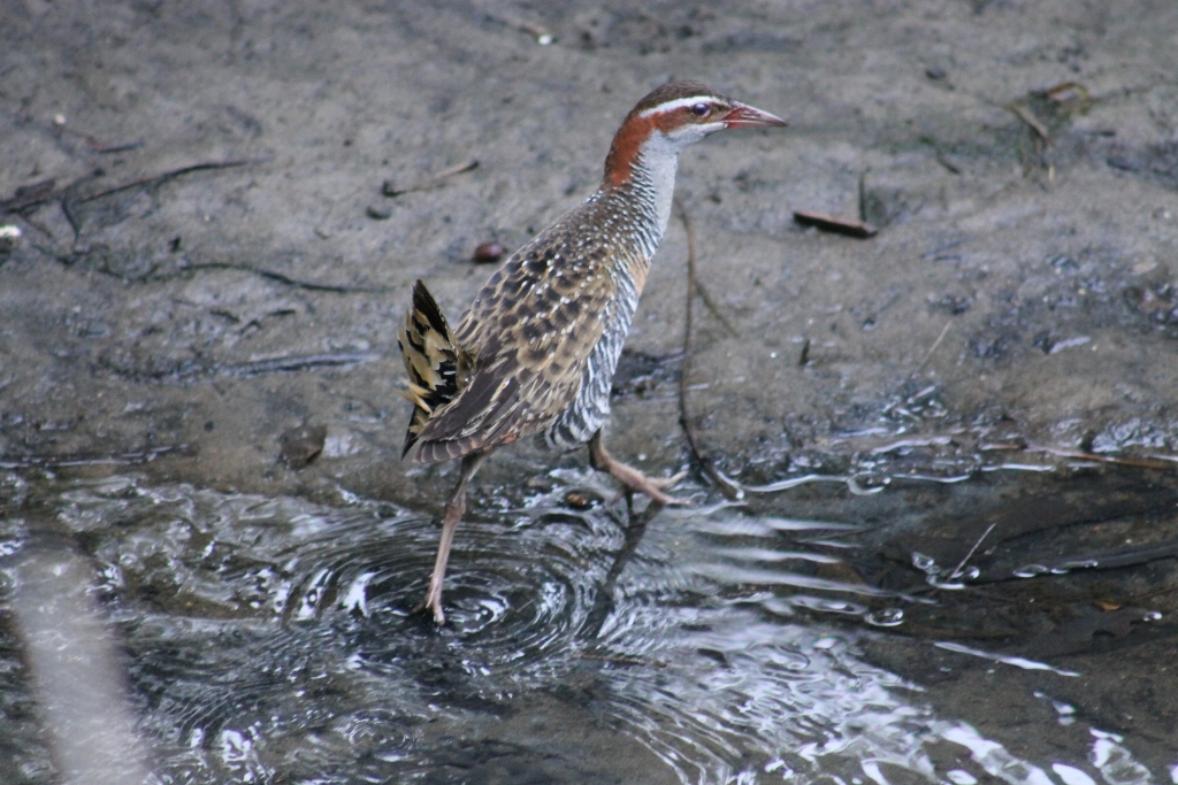 Pictures by A J Guesdon, 2012. All Rights Reserved.