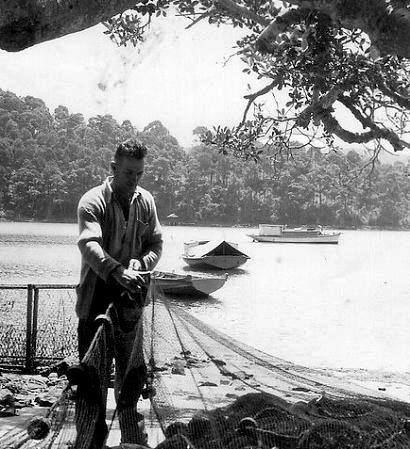 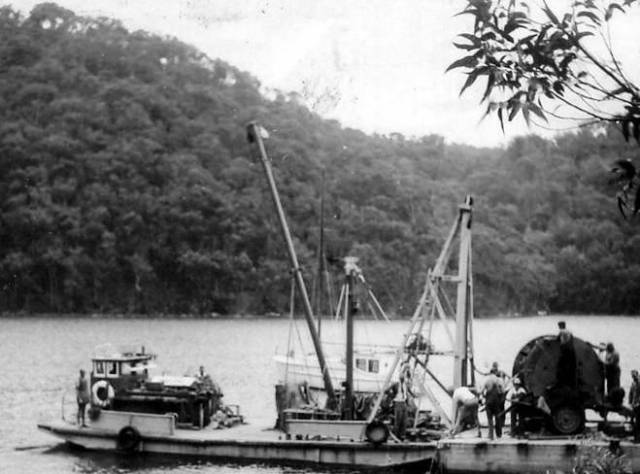 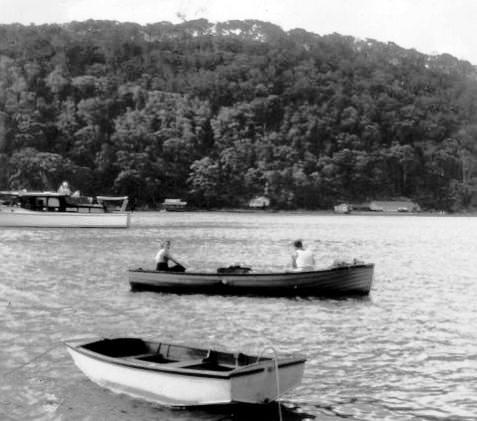 He regularly hauled around the shores of McCarrs Creek and used to fish Narrabeen Lake before the bottom bridge was built. He also rowed to Scotland Island, Lovett and Towlers Bay for flathead, bream, whiting, flounder, garfish, catfish, snapper, jewies, king fish and buckets of mackerel for bait. His
daughter, Laurel, one of the first licensed fisherwomen in NSW, helped her father from the age of five. 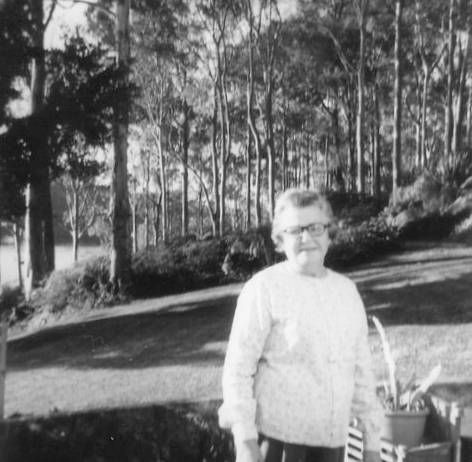 Above (top): Mrs. Botham was a fabulous cook and a committee member of Mona Vale Hospital, with Mrs. Overy. She was also a very keen gardener and is shown with the reserve in the background in the 1970’s. Note the beautiful spotted gums many of which were lost as a result of landslip in the area.