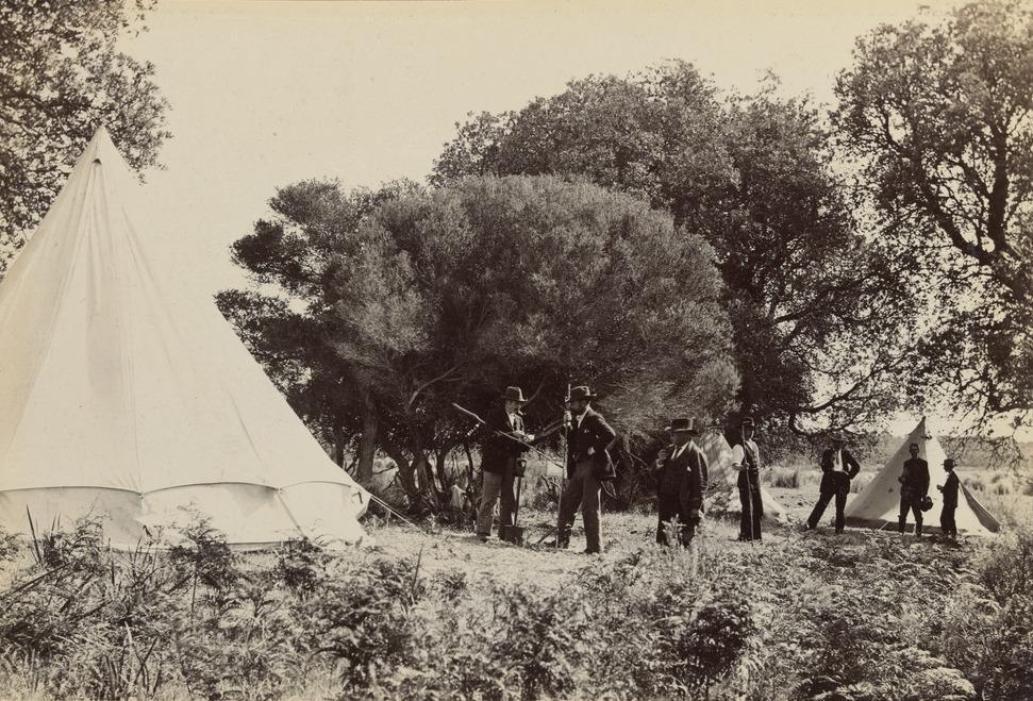 National Bird Week 2015 will take place between Monday 19 October and Sunday 25 October. The celebration of National Bird Week has its origins back in the early 1900s when the first 'bird days' were promoted by Birdlife Australia’s predecessor, the Royal Australasian Ornithologists Union. Other states joined in too and this was a movement that began in our schools:

The annual committee meeting of the Adelaide Branch of the Society for the Protection of Birds was held at the Y.W.C.A. Rooms on Friday morning… the chair. The Secretary, Mrs. John K. Playford, reported having received a letter from the Chairman of the Board of Inspectors in reference to the suggestion for a 'Bird Day' in public schools, asking for information upon the subject. She had furnished the methods laid down by the United States Government in connection with its annual Bird Day, which had become so popular. The figures supplied by Mrs. Playford showed 126 new members had enrolled since the last annual meeting, and 73 of them had been entered as associate members.— It was resolved that lectures be arranged in connection with city and suburban schools. Mrs. Playford reported having obtained a number of slides from London illustrative of birds and bird life, and it was resolved that more should be purchased. BIRD PROTECTION SOCIETY. (1900, September 29). South Australian Register (Adelaide, SA : 1839 - 1900), p. 8. Retrieved from http://nla.gov.au/nla.news-article54532505

What preceded this was the forming of different societies for the observation and protection of our birds as many of these were hunted by small boys as sport or as farmers who perceived damage to crops or stock by birds meant they could 'get rid of them' - an attitude that still, unfortunately, prevails today to the point where some of these species are now listed as endangered. The names of the people who spoke at the first Bird Day in Victoria are also among those who began the Royal Australasian Ornithologists Union, and among their first members are gentlemen who began many of Australia's earliest zoos:

A large and representative meeting of those interested in ornithology assembled at Miss Kissock's rooms, Collins street, Melbourne, on Wednesday evening, November 7, the occasion of a return complimentary dinner to Mr. Dudley Le Souef, assistant director of the Zoological gardens of Melbourne.

Doctor C. S. Ryan presided, and welcomed the intercolonial visitors. He said it had been thought advisable to form an Australian Ornithological Union. The Rev. Walter Fielder, in proposing the health of Mr. Le Souef, mentioned his many sterling qualities and great enthusiasm as a scientific collector, and on behalf of the ornithologists at Australia presented him with a small memento in the shape of a pamphlet containing the autographs of many prominent ornithologists in the colonies. Mr. Le Souef suitably responded.

Mr. A. J. Campbell, FLS., proposed: — 'That on Australian ornithological union be formed.' He read the history of the Starting of the American union, which was founded in 1883 by the joining together of 21 enthusiastic supporters of ornithology. It had grown to large proportions and great importance not only in disseminating knowledge from a humanitarian standpoint, but it had proved invaluable in advising the Government upon laws for the better protection of useful birds, laws which had been of untold commercial wealth to the States.

Mr. J.W. Mellor, secretary and representative of the South Australian ornithological association, who supported the motion, gave a brief outline of the history of the Adelaide association, the pioneer association in Australia. It was advisable to have separate bodies in each of the colonies to gain Knowledge in their respective locations, but the union should meet periodically in the various capitals to discuss ornithological subjects, and disseminate the knowledge gained by the individual bodies. Mr. Robert Hall wished the scheme success, but hoped that the formation of ornithological associations in the various colonies would not interfere with natural history bodies of a multifarious nature already in existence. Mr. G. A. Keartland thought that perhaps the societies would not be numerical strong enough to combine. The field naturalists' societies of the colonies should combine, and have all branches of natural history in the union. The continent of Australia had been only half worked with regard to ornithology. We were asleep while other countries were sending out men and doing scientific work which we should be doing, to the honour, glory, and lasting usefulness of our country. Mr. Le Souef was in full sympathy with the formation of the union, he read the rules and regulations of the British ornithological union, of which he was a member. The motion was carried.

It was resolved that the following become a committee to draw up rules and regulations for the proposed union, and report at a future meeting:—Dr. C. S. Ryan, Messrs. A. J. Campbell, KLS., K. Hall, G. A. Keartland. J. .Gabriel, and Dudley Le Souef, OM.Z.S. It was thought probable that the first meeting of the union would be arranged to take place in Adelaide early in the 20th century. After the general business of the meeting had terminated Mr. Le Souef entertained those present with some splendid views of bird life, and by the aid of the magic lantern took his audience to many places of interest to ornithologists. Many letters of regret at non-attendance through distance and business were read from all the colonies. Amongst those who wrote them were Messrs. C. W. De Vis, FLS., curator Brisbane Museum: Barnard Bros, Queensland; S. W. Moore. MLA, of New South Wales; Colonel Legge, FLS.. of Tasmania; Dr. A. M. Morgan, president South Australian ornithological association; Messrs. A. H. C.2ietx, FJLS., M. Symond Clark, and W. White, of South Australia,: C. French, FLS., Government entomologist, of Victoria; Sir Malcolm McEacharn, KCMG., mayor of Melbourne: and others.

The larynx of a man in Sydney became useless, through disease, and he lost his voice. Professor Stuart, of the University of Sydney, made an artificial one and it can be so regulated as to make the voice soprano, tenor, contralto, or bass at will. AUSTRALIAN ORNITHOLOGICAL UNION. (1900, November 12). South Australian Register (Adelaide, SA : 1839 - 1900), p. 3. Retrieved from http://nla.gov.au/nla.news-article54561004 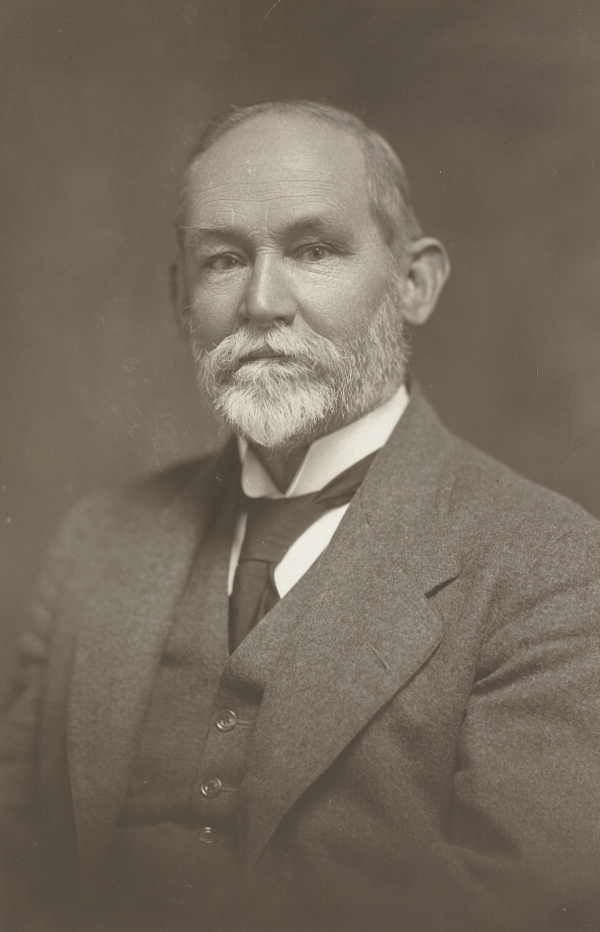 The birds didn’t shy away from the Count either, with more than 800,000 sightings of a huge range of species recorded over the week. The final result saw Rainbow Lorikeets, Noisy Miners, Australian Magpies, Sulphur-crested Cockatoos and Galahs as the most spotted birds, with more than 21,000 checklists submitted by backyard counters from across the country.

Rainbow Lorikeets were the top bird in New South Wales, Western Australia, South Australia, and Queensland, while the Australian Magpie led the flock in Victoria and the Australian Capital Territory. In the Northern Territory the Budgerigar was the most sighted, while the House Sparrow led the count in Tasmania.

Celebrate National Bird Week 2015 by taking part in the biggest citizen science project to hit Aussie shores! From 19-25 October, thousands of people from across the country are heading out into their backyards, local parks or favourite open spaces to take part in the second annual AUSSIE BACKYARD BIRD COUNT!

To get involved all you need is 20 minutes, your ‘green patch’ of choice, and some keen eyesight (or binoculars!) And it doesn’t matter if you’re a novice or an expert— Birdlife Australia will be there to help you out along the way. Simply record the birds you know and look up those you don’t on their Aussie Bird Count app (updated version available for download in September) or their website. You’ll instantly see live statistics and information on how many people are taking part near you and the number of birds and species counted across your neighbourhood and the whole of Australia! 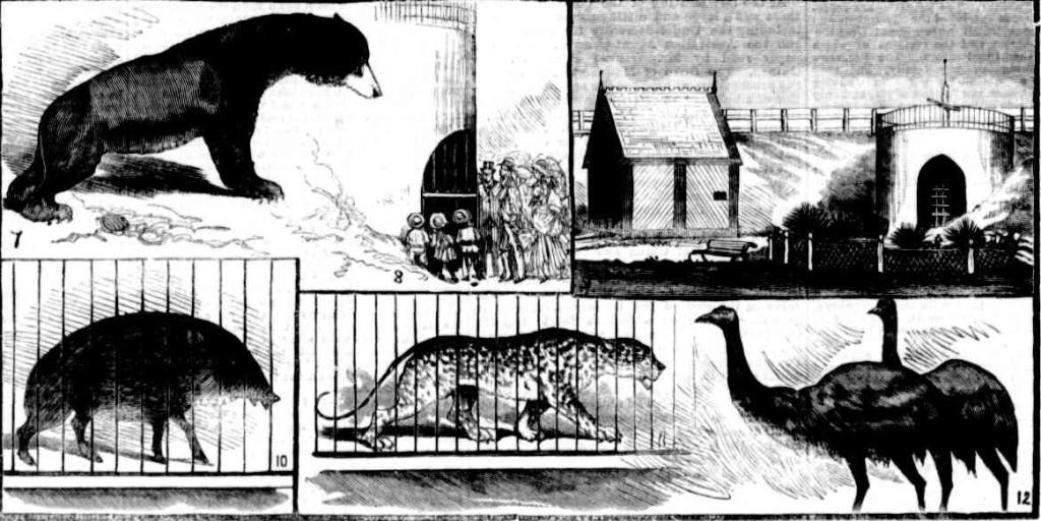 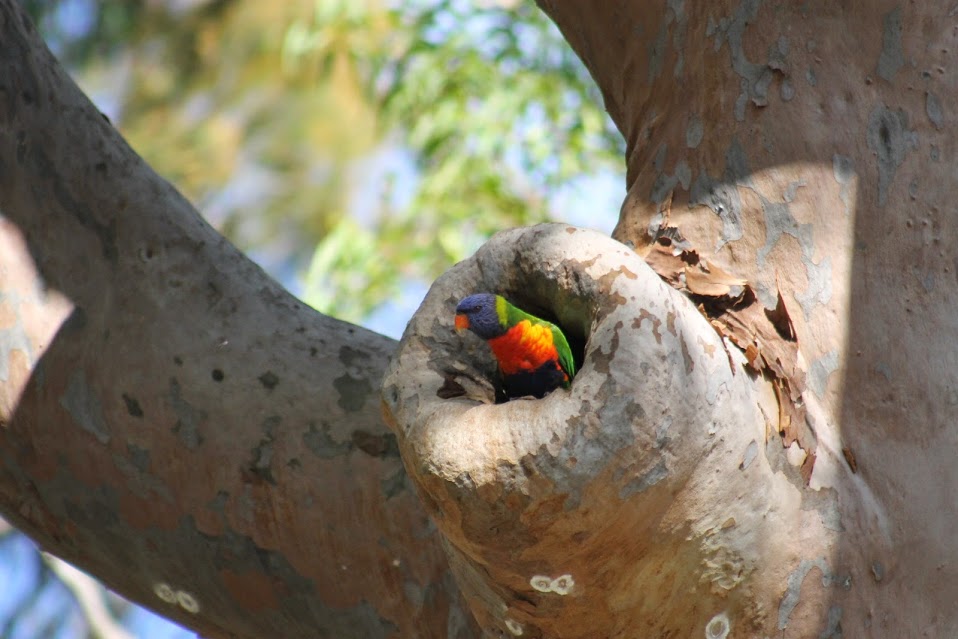 As you can read from some of these earlier articles on the First Bird Days, they were also known in some places as Bird and Arbour Day - the emphasis being on restoring habitat for birds. Birdlife Australia, with their whole approach to birds, also provide a few tips on how to create a bird-friendly, bird attracting back or front yard. Clearly the first step here is to keep your trees, and apart from that::

Tips for designing a bird-friendly garden

The key to designing a bird-friendly garden is to create a multi-layered habitat of ground covers, small and medium shrubs (i.e. create density) and, where possible, trees that will provide year-round food and shelter locations for many different species. Use these simple principles to help you plan your garden. You will find them equally useful for designing a brand new garden or modifying an existing design.

• Plant for vertical and horizontal structure: Avoid stark simplicity. Simplified garden structure and design may seem convenient but reduces the volume and variety of food and shelter for small birds.

• Plant for shelter: Several shrubs close together (five or more) can form dense, protective thickets, great habitat for small birds. Grow rambling, light climbers in amongst medium to tall shrubs and trees, to give extra shelter and possible nesting sites

• Plant below trees: A dense understorey is less attractive to Noisy Miners but enjoyed by smaller birds.

• Plant for seasonality: Different plants will flower and fruit at different times of the year. Ensure there is always food sources available in your garden by looking at the flowering and fruiting times of potential plants.

• Use small gardens effectively: With limited space, it is better to plant several plants of the same type, than only one of several types of different plants.

• Design for formality or informality: A variety of Australian native plants can be planted to create a formal garden or a bush-like garden, whatever you prefer. Most native plants respond very well to pruning.

• Provide water: Birds need fresh water. This can be provided in a bird bath or garden ponds but remember birds are vulnerable when they are drinking or bathing and need to feel safe.