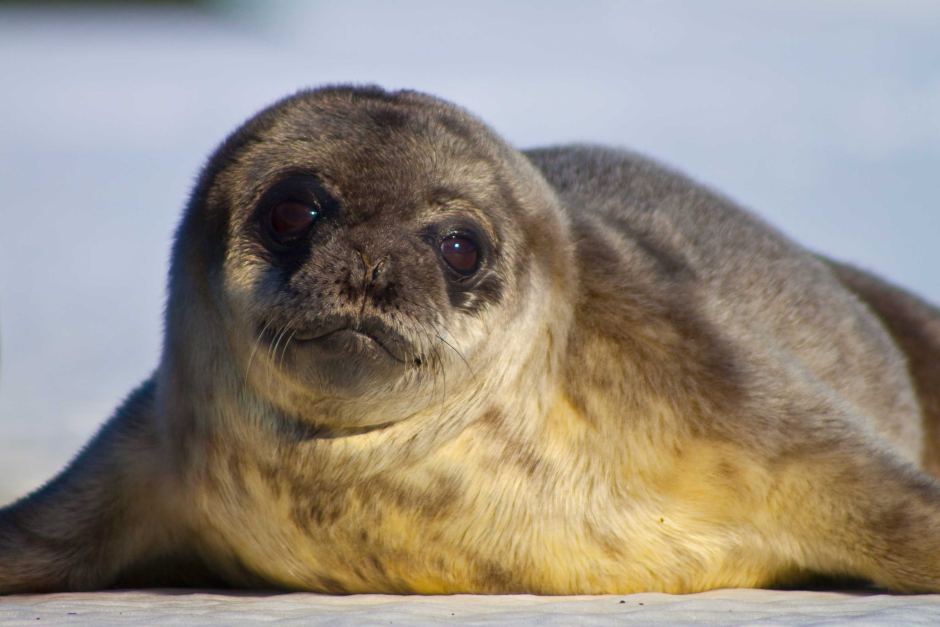 The Biogeographic Atlas of the Southern Ocean

A new book has been released this week that has been over four years in the making and has among its many premier contributors some of our own best and brightest.

The Biogeographic Atlas of the Southern Ocean provides the most thorough audit of marine life in the Southern Ocean. Launched as part of the Scientific Community on Antarctic Research (SCAR) Biennial Meeting (23 August – 3rd of September 2013) and Open Science Conference in Auckland, New Zealand on Monday 25th August this work is set to become the definitive reference point on our Southern ocean and Antartica. 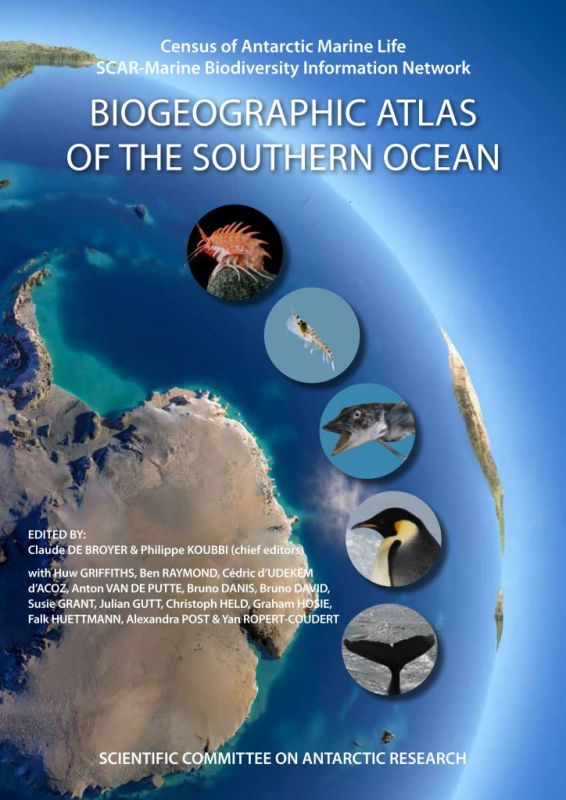 Leading marine biologists and oceanographers from all over the world spent the last four years compiling everything they know about ocean species from microbes to whales. It’s the first time that such an effort has been undertaken since 1969 when the American Society of Geography published its Antarctic Map Folio Series. The Biogeographic Atlas of the Southern Ocean is an unprecedented international collaboration of 147 scientists from 91 institutions across 22 countries (Australia, Belgium, Brazil, Canada, Chile, Denmark, France, Germany, Ireland, Italy, Japan, the Netherlands, New Zealand, Norway, Poland, Portugal, Russia, South Africa, Spain, Switzerland, the UK and the USA) who have combined their expertise and knowledge to produce this new Biogeographic Atlas of the Southern Ocean.

More than 9000 species are recorded. The Atlas contains around 100 colour photos and 800 maps. Hundreds of thousands of records show the extent of scientific knowledge on the distribution of life in the Southern Ocean. In 66 chapters, the scientists examine the evolution, physical environment, genetics and possible impact of climate change on marine organisms in the region.

Chief editor, Claude De Broyer, of the Royal Belgian Institute of Natural Sciences, said: “This is the first time that all the records of the unique Antarctic marine biodiversity, from the very beginnings of Antarctic exploration in the days of Captain Cook, have been compiled, analysed and mapped by the scientific community. It has resulted in a comprehensive atlas and an accessible database of useful information on the conservation of Antarctic marine life.”

Author, and editor, Huw Griffiths, of the British Antarctic Survey, said: “The book is unique and contains an amazing collection of information and photos. It’s been an enormous international effort and will serve as a legacy to the dedicated team of scientists who have contributed to it. The Atlas is a must-read for anyone interested in the animals living at the end of the Earth.”

The Southern Ocean waters to the west of the Antarctic Peninsula are warming faster than almost any other place on Earth*. This area of most rapid environmental change was among others targeted by the Census of Antarctic Marine Life in its collection of biogeographic information. Such biogeographic information is of fundamental importance for monitoring biodiversity, discovering biodiversity hotspots, defining ecoregions and detecting the impacts of environmental changes. It is the preliminary and necessary step in designing marine protected areas in a changing ocean.

At the end of five years of extensive biodiversity exploration and assessment by CAML (www.caml.aq) and the OBIS Antarctic Node (the SCAR Marine Biodiversity Information Network, www.scarmarbin.be), a new initiative, the multi-authored "CAML Biogeographic Atlas of the Southern Ocean", has been established under the aegis of the Scientific Committee on Antarctic Research (SCAR) to provide an up-to-date synthesis of Antarctic and sub-Antarctic biogeographic knowledge and to make available a new comprehensive online resource for visualisation, analysis and modelling of species distribution. It will constitute a major scientific output of CAML and SCAR-MarBIN as well as being a significant legacy of CoML and the International Polar Year to fulfill the needs of biogeographic information for science, conservation, monitoring and sustainable management of the changing Southern Ocean.

Maps illustrate data such as the proportion of the year spent under sea ice (left), and the number of species reported across the length and breadth of the ocean (right)

This work and its publication will be of direct benefit to the Antarctic Treaty and associated bodies such as the Convention for the Conservation of Antarctic Marine Living Resources. The data and expert opinions in the Atlas will help inform conservation policy, including the debate over whether or not to establish marine protected areas in the open ocean. Sophisticated environmental models coupled with existing species distribution data provide a valuable outlook on the possible future distribution of key species as they adapt to climate change.

New advances in genetics have shed light on some of the best known species from the Antarctic sea floor. The giant isopod crustacean Glyptonotus antarcticus is one of those. The animal lives on the edge of the continent at depths of up to 600 metres. Previously considered to be a single species with a circumpolar distribution, molecular barcoding suggests it may, in reality, be a group with up to eleven species inhabiting much smaller geographic regions.

Establish - on the basis of an unprecedented amount, diversity and quality of biogeographic and environmental data - a new synthesis of the biogeography of the Southern Ocean (patterns and processes), covering benthos, zooplankton, nekton, birds and seals, to provide a benchmark of biogeographic knowledge at the end of CAML, and to help define the present biogeochemical and biogeographic provinces and to predict future changes under various climate change scenarios.

Model predictive distribution of species and assemblages according to abiotic factors. Develop dynamic editions of the Atlas, including a dedicated webportal and an e-book, connected to a world network of interoperable databases, and offering advanced functionalities for access to original occurrence and environmental data, customized mapping, data visualisation and analysis, to contribute to the ecoregionalisation process and the modelling of predictive distribution of species and assemblages in the context of environmental changes.

Clearly, this work and all those who have contributed to it, have given a great gift to our world.

See online data base associated with this work being built and download Part 1 – the Introduction,  at:

These solitary sea squirts, standing half a metre high on the seafloor, 220 m below the surface, were photographed in Antarctic waters during the Census of Antarctic Marine Life. (Photo: Martin Riddle)