This seal, which people have sent us photos of over the past few months, has been spending a lot of time at North Whale beach lately. In June this year Tamara Sloper Harding shared some photos of a seal that was resting at Bilgola.

Coastalwatch attributes the rise in seal numbers to a rise in population numbers, stating;

“Before seal hunting began about 200 years ago and decimated the population there was thriving seal colonies on the New South Wales coastline, hence the namesake Seal Rocks.”

These photos are by Michael Mannington who took these on Tuesday (24.9.2013) while snapping some BL’s Blast Off pictures. Those we spoke to were absolutely delighted to see the seal although everyone was aware of the 40 metre exclusion zone you must adhere to when watching visiting seals.

Seals are protected in New South Wales. It is an offence to interfere with or approach within 40 metres of an adult and 80 metres of a pup seal or sea lion. Maximum penalties for indiviudals include fines of up to $110, 000. 00 and imprisonment for two years.

Arctocephalus forsteri, also known as the Australian fur seal, New Zealand fur seal or southern fur seal, is a species of fur seal found around the south coast of Australia, the coast of the South Island of New Zealand, and some of the small islands to the south and east of there. Male-only colonies are also located on the Cook Strait coast of the North Island near Wellington and vagrants are found as far north as New Caledonia. The English common name New Zealand fur seal is used by English speakers in New Zealand (kekeno is used in the Māori language), and southern fur seal by English speakers in Australia.[citation needed] Although the two populations show some genetic differences, their morphologies are very similar, and thus they remain classed as a single species.

Although the seals look docile, they can move surprisingly quickly and it is advisable never to approach a female with young or get between a seal and the water, cutting off its escape route to the sea. 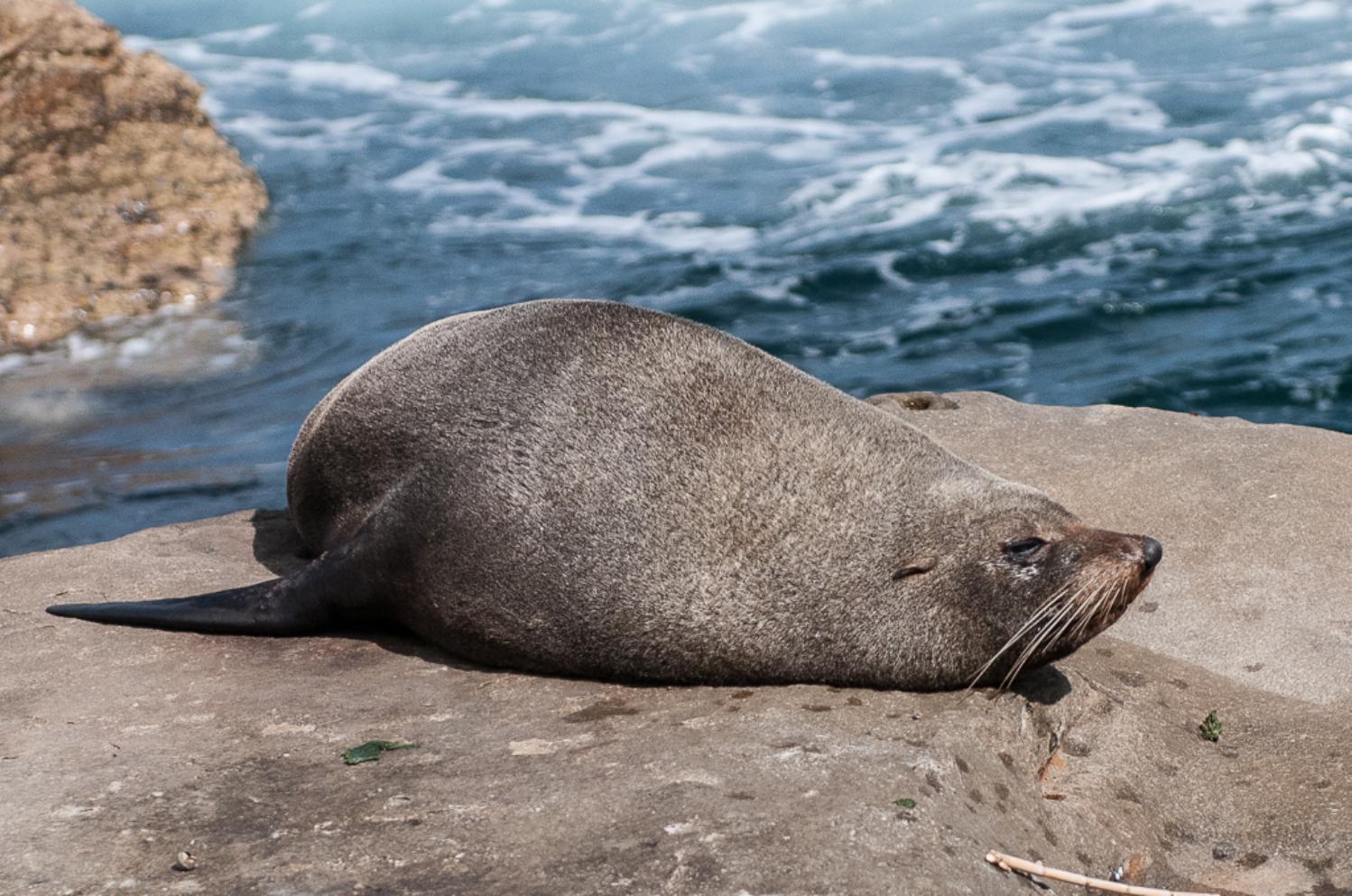