Rainbow lorikeets chirruped loquaciously in the flowering Swamp Mahogany's around the Scout Hall on Narrabeen Lagoon last Sunday, heralding all with noticing this end of Autumn feasting as a welcome. Inside the Scout Hall and on the grounds surrounding a large crowd of people gathered to share food, stories and friendship. The atmosphere was a large family gathering; warm, caring and relaxed.

The Welcome to Country was given by Bob Waterer and Laurie Bimson and Tania fired up the BBQ. Children coloured in and made beaded necklaces and bracelets. Les McLeod and Ged McMinn shared traditional dances and their meanings, including their original language and where in Australia each came from. A wonderful afternoon was had by all.

We thank Neil Evers for allowing us to share some extracts of his Address:

National Sorry Day is recognised as a National Day of Commemoration and Remembrance. This is a day to come together for a Day of Healing.

In 1994 legal action was commenced in the Supreme Court of New South Wales against the removal of the Generations of Aboriginal children, as a result of the, Forced Removal Policies. These children who were removed came to be known as the Stolen Generations.

The first Sorry Day was held on 26th May 1998. Why the 26th? In 1997 on the 26th of May the Report of the National Inquiry into the Separation of Aboriginal and Torres Strait Islander child from their families, was tabled in Federal Parliament.

The Report was called The Bringing Them Home report; it revealed the extent of the Forced Removal Policies, which went on for 150 years into the early 1980s. The Report revealed the devastating effects of these policies in terms of spiritual, emotional and physical trauma, a result from the broken connection to traditional land, culture and language, the separation of families and the effect it had on these children’s parenting skills.

The release of the findings of this Report had a profound effect on the Australian public. The Bringing Them Home report sold more copies than any comparable report. The Report detailed the unquestionable evidence - about the forced removal of thousands of Indigenous children from their families and communities.

Most of us here are parents or grandparents - Can we truly understand how it must have been for the parents?

The Bringing Them Home Report stated:
Nationally we can conclude with confidence that between one in three and one in ten Indigenous children were forcibly removed from their families and communities in the period from approximately 1910 until 1970. In certain regions and in certain periods the figure was undoubtedly much greater than one in ten. In that time not one family has escaped the effects of forcible removal (confirmed by representatives of the Queensland and WA Governments in evidence to the Inquiry). Most families have been affected, in one or more generations, by the forcible removal of one or more children.

The report closely examined the distinctions between "forcible removal", "removal under threat or duress", "official deception", "uninformed voluntary release", and "voluntary release". The evidence indicated that in a large number of cases children were brutally and forcibly removed from their parent or parents,[38] possibly even from the hospital shortly after their birth.[39] Aboriginal Protection Officers often made the judgement on removal. In some cases, families were required to sign legal documents to relinquish care to the state. In Western Australia, the Aborigines Act 1905 removed the legal guardianship of Aboriginal parents and made their children all legal wards of the state, so no parental permission was required.

The Bringing Them Home report acknowledged that 'Indigenous children have been forcibly separated from their families and communities since the very First Days of the European occupation of Australia' by governments and missionaries. In 1998 Sydney saw the first Sorry Day - now it’s commemorated nationally with thousands of Australians from all walks of life participating in meetings like this one here today.

It’s where we come together, in a day of Healing to honour the Stolen Generations. Because - Together - we CAN- make a difference.

The Guringai Festival - Live Life Loudly, goes right through until NAIDOC week 14th July. The Festival involves 11 Local Councils and Reconciliation Groups like ASGMWP, with 66 events for you to go to. The ASG has 13 events on with the Guringai Festival, details on our Events Page.

Finally, tomorrow is the last day of Reconciliation Week 2013. The reconciliation begun with the 1967 referendum in which 90 per cent of Australians voted to remove clauses in the Australian Constitution which discriminated against Indigenous Australians. This allowed Aboriginal people to vote.

Neil Evers tells us this is unfinished business as the Government has committed to holding a referendum to finally recognise the First Peoples of this land and ensure our Constitution reflects the principle of racial  equality. The Journey to Recognition began in Melbourne last Sunday morning and will wind through every state and territory until it finishes at the Garma Festival in northeast Arnhem Land in August this year. 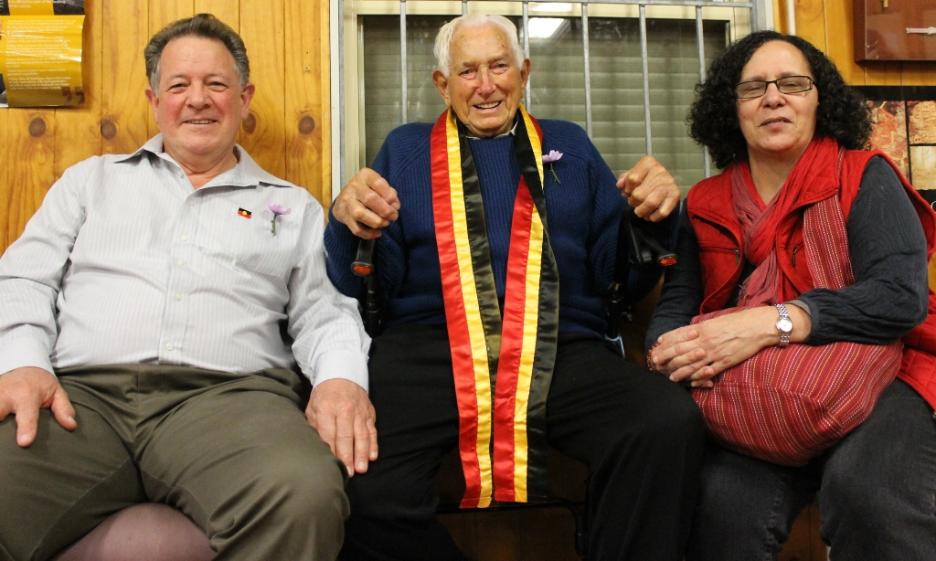 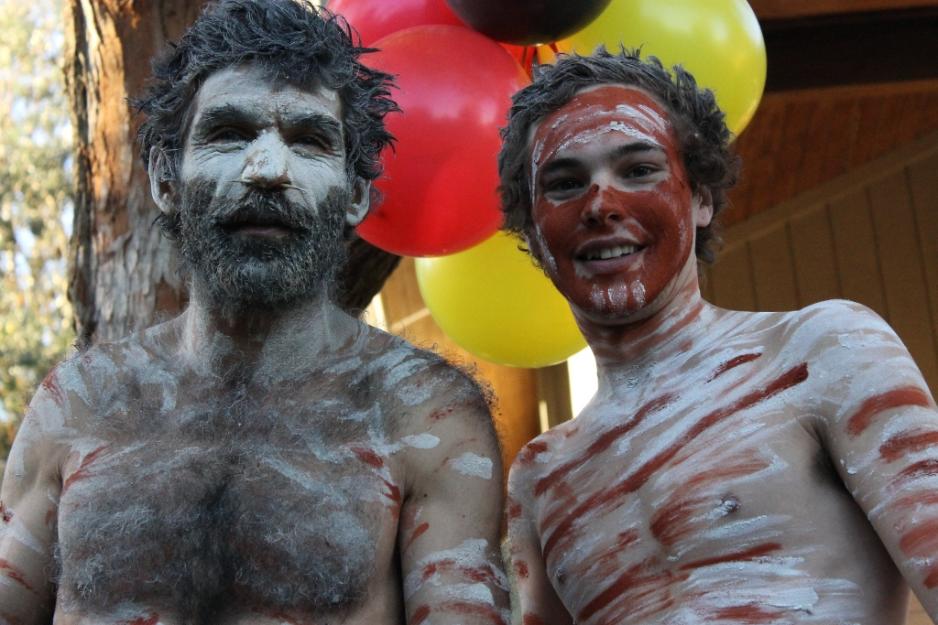 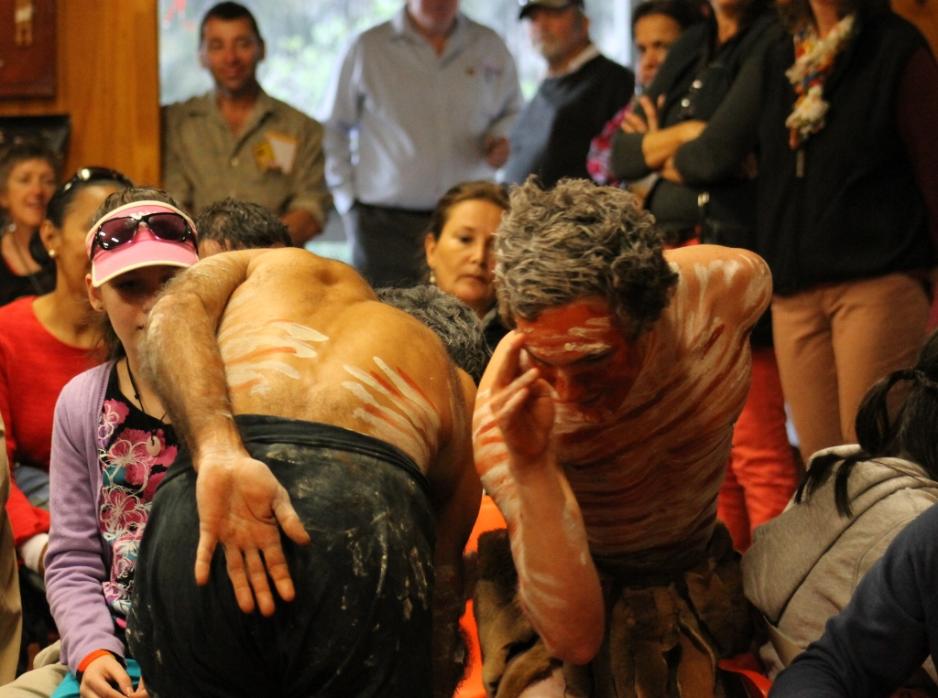 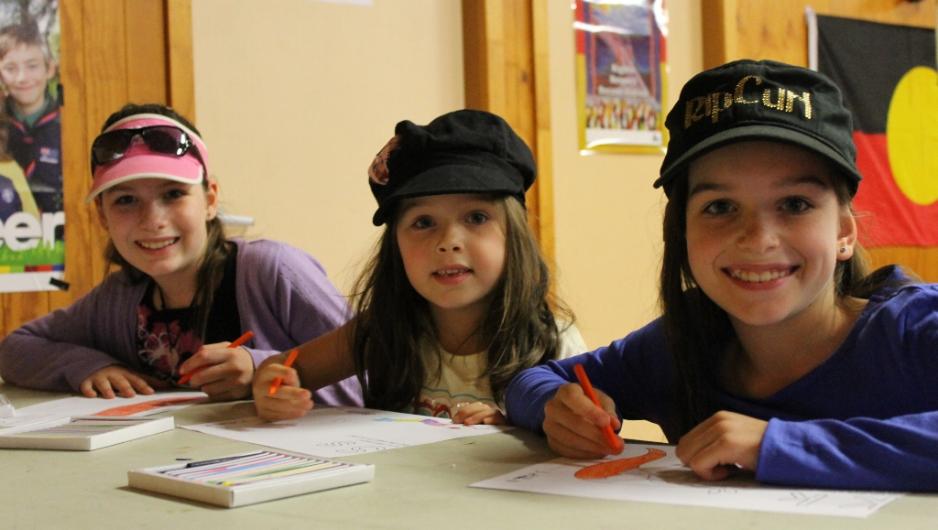 Drawing and Colouring in! 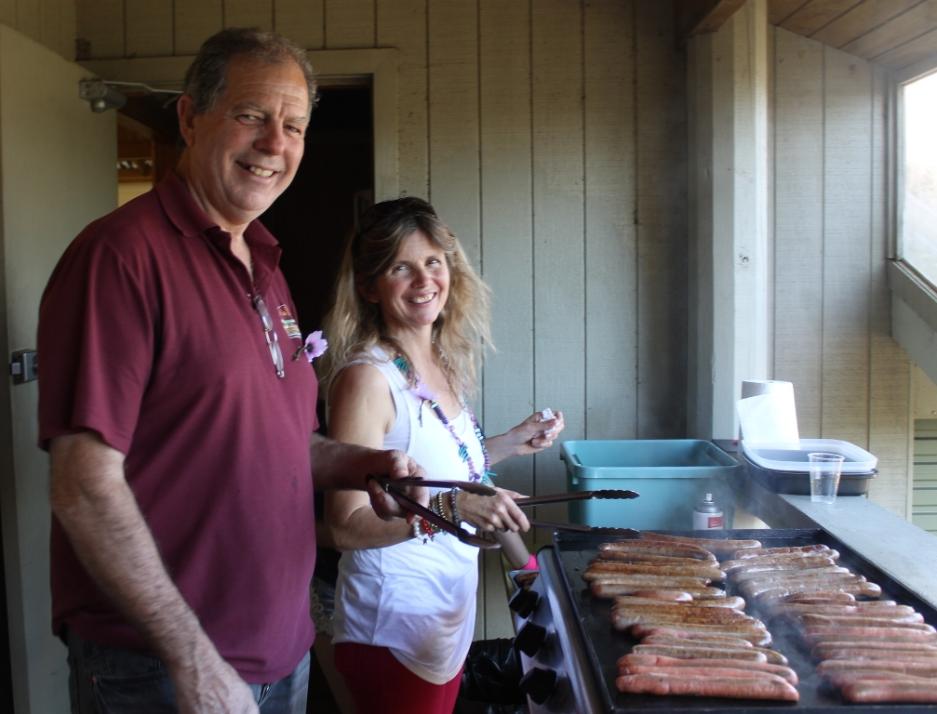 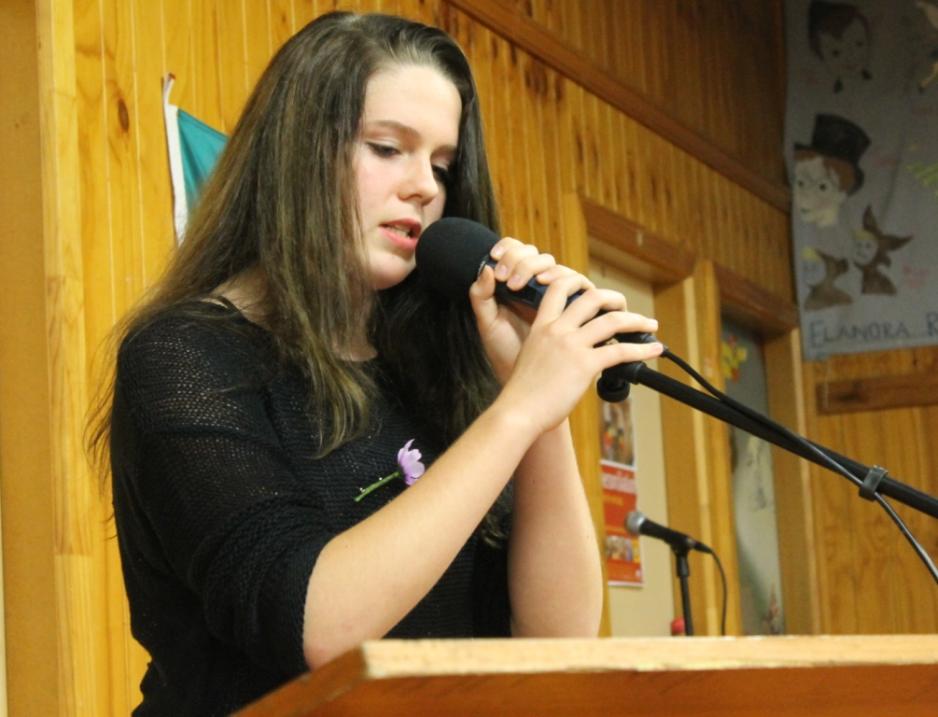 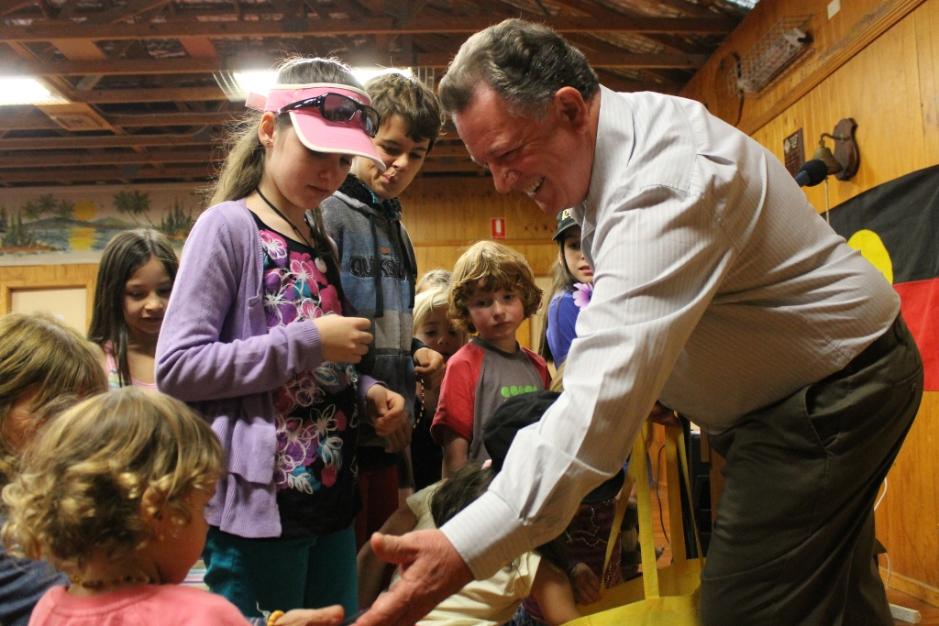 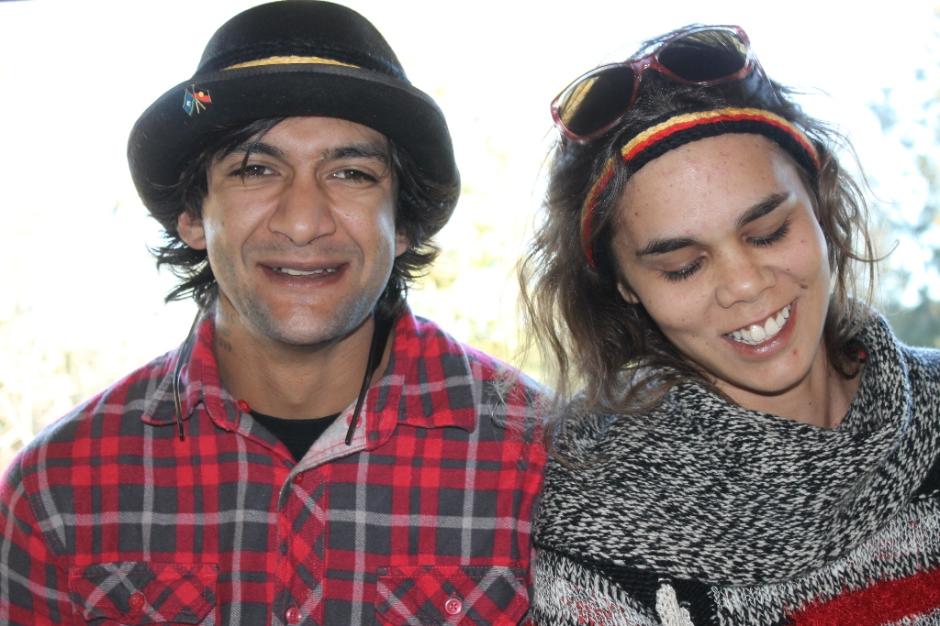 Cody Chungai Costelloe and Corey Kirk are very talented musicians who will be sharing their songs on  Sunday 30 June, 7pm- 9pm at Mona Vale Memorial Hall 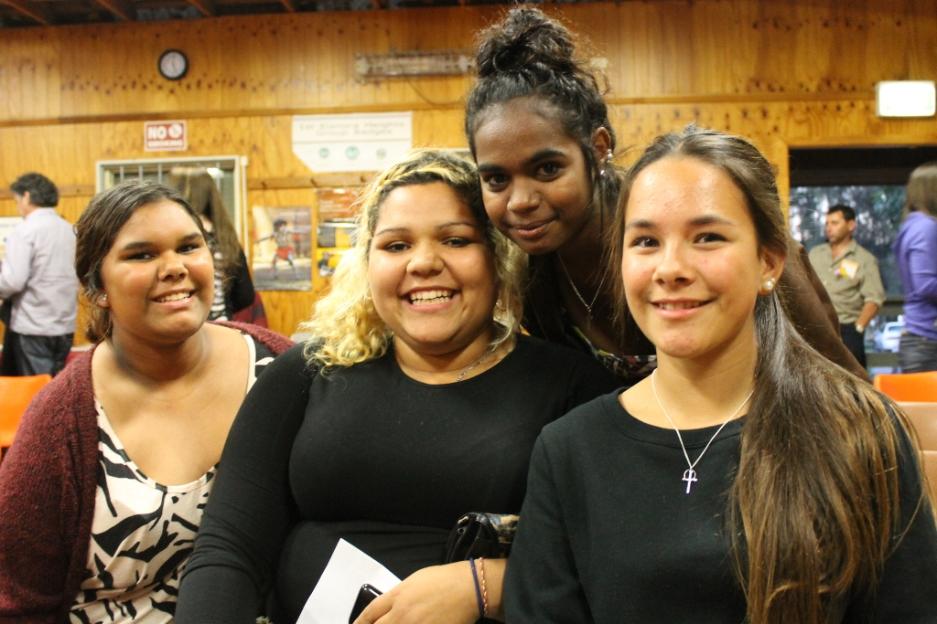 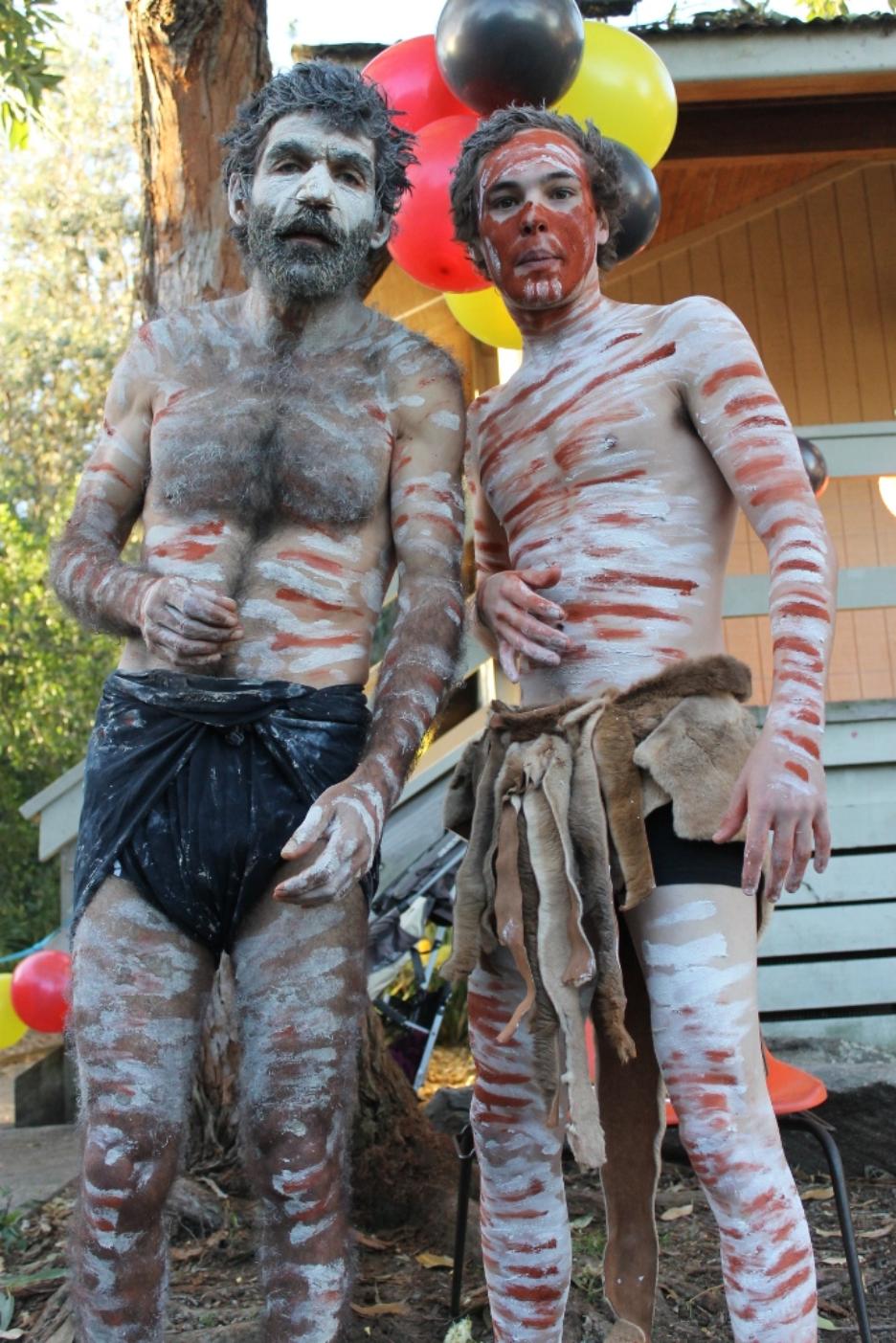