A health and wellbeing check up of World Heritage-listed reef ecosystems in the Pilbara region of Western Australia will provide a critical baseline of marine conditions to government, industry and researchers.

The 300km swathe of coastline to be surveyed during the five year, A$12 million Pilbara Marine Conservation Partnership includes two major marine parks and also areas under development for ports, and oil and gas extraction and processing.

The partnership, a joint venture between CSIRO’s Wealth from Oceans Flagship and The University of Western Australia, will be the first whole of ecosystem study for the region’s unique marine environment.

“Our research will help government and industry balance the environmental sustainability of the Pilbara with its increasing broad sector use,” CSIRO lead scientist Dr Russ Babcock said.

“Over the next five years we want to find out everything we can about the health and makeup of the region, as well as observe and evaluate any localised changes, so we can give the best possible advice to future use managers on how they can act sustainably.”

Dr Babcock and his team have recently returned from their first exploratory tour of the region, where they were scouting survey sites.

Some unwelcome discoveries were made, including the bleaching and decimation of a pocket of ancient coral heads – many up to 400 years old – that have provided an important record of reef health.

“We suspect this bleaching event was due to marine heatwaves that occurred in the region over the past few summers, and to see it up close was sobering,” said Dr Babcock.

“But to offset this loss, some reefs only a short distance north showed much less damage and will continue to contribute to a healthy ecosystem.

“By studying these sorts of variations and finding out why they occur, we can improve our overall understanding of the marine environment in the region, and how we can best preserve it”.

The University of Western Australia’s Professor Shaun Collin said the study would set a precedent for future development in the Pilbara.

“This study will develop a greater understanding of the dynamics of coral and fish communities in the region, which in turn will provide us with the ecological indicators of potential human impacts,” Professor Collin said.

“With it, we can provide a research baseline for decision making in the region that will strike the right balance between environmental conservation and industry development.” 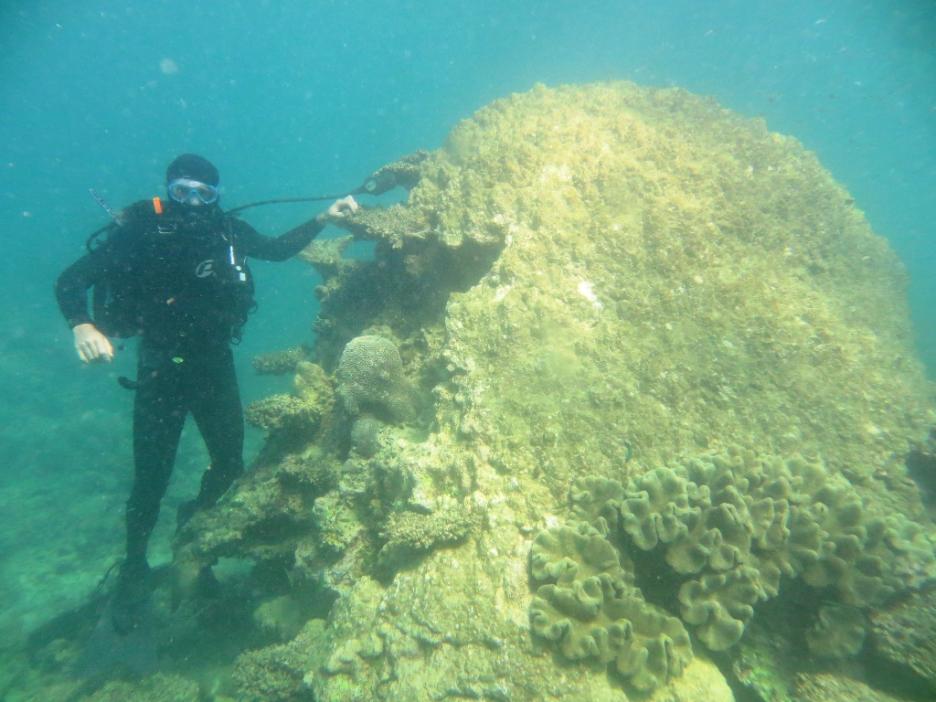 Dr Tim Langlois, UWA, with a 400 year old Porites coral head that has succumbed to coral bleaching, off Montobello Island. 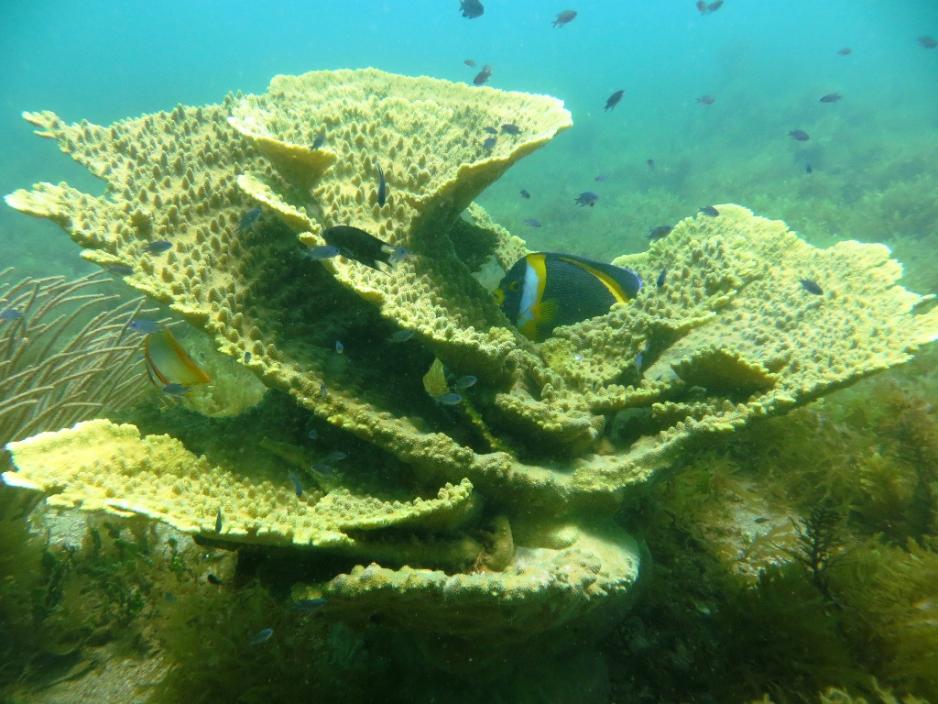 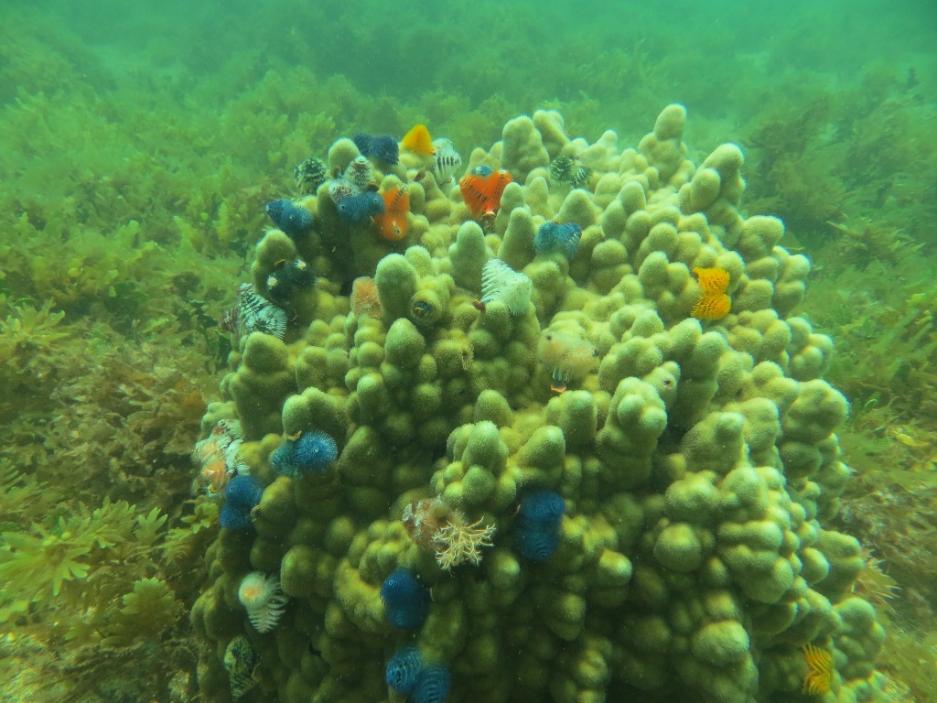 An international team of scientists has produced global maps showing how fast and in which direction local climates have shifted.

In research published today in the journal Nature, CSIRO and an international team of scientists revealed global maps showing how fast and in which direction local climates are shifting. This new study points to a simpler way of looking at climatic changes and their likely effects on biodiversity.

As climate change unfolds over the next century, plants and animals will need to adapt or shift locations to track their ideal climate.

The new maps show where new thermal environments are being generated and where existing environments may disappear.

“The maps show us how fast and in which direction temperatures are shifting, and where climate migrants following them may hit barriers such as coastlines. Our work shows that climate migration is far more complex than a simple shift towards the poles,” ecological geographer with the project Kristen Williams said.

“Across Australia, species are already experiencing warmer temperatures. In terrestrial habitats, species have started to seek relief by moving to higher elevations, or further south. However, some species of animals and plants cannot move large distances, and some not at all.”

Species migration can have important consequences for local biodiversity. For example, the dry, flat continental interior of Australia is a hot, arid region where species already exist close to the margin of their thermal tolerances.

Some species driven south from monsoonal northern Australia in the hope of cooler habitats may perish in that environment.

“In the oceans, warming waters and a strengthening of the East Australian Current have mobilised the Long-spined Sea Urchin (Centrostephanus rodgersii), previously only found as far south as southern NSW, to invade the eastern Tasmania coast. This has resulted in the decline of giant kelp forests with knock-on effects for commercially-fished rock lobsters,” Dr Poloczanska said.

CSIRO and University of Queensland’s Anthony Richardson said the study cannot be used as a sole guide as to what to do in the face of climate change.

“Biological factors such as a species’ capacity to adapt and disperse need to be taken into consideration,” Professor Richardson said.  “But in an unprecedented period of climate change, economic development and fast growing demand on an already pressured planet, we need to act fast to make sure as much of the world’s living resources survive that change.”

The study was undertaken by CSIRO's Dr Elvira Poloczanska and Associate Professor Anthony Richardson and Dr Kristen Williams with a team of 18 international researchers from Australia, Canada, Germany, Spain, UK and USA. 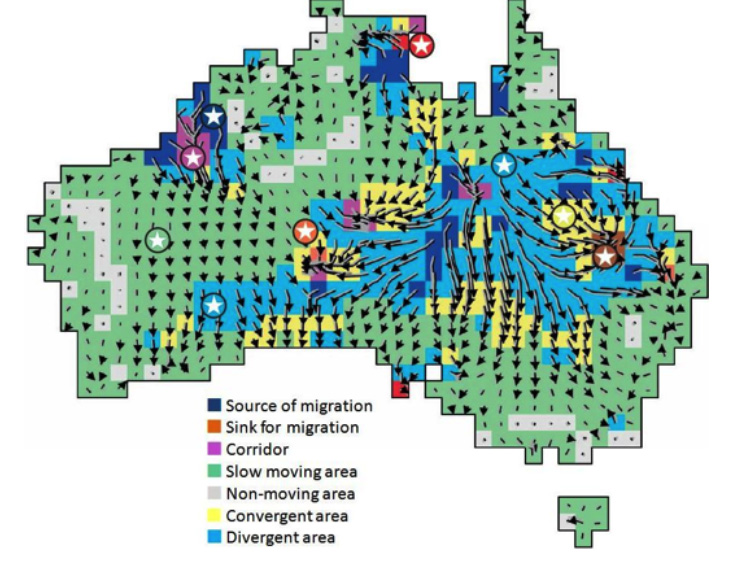 Map: Speed and direction of climate shifts over the past 50 years in Australia. 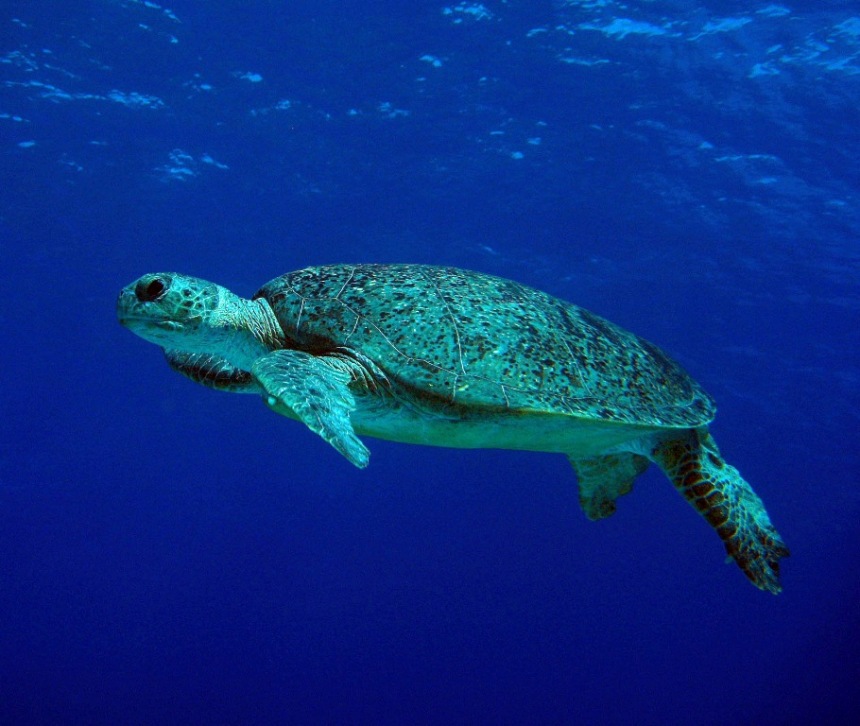 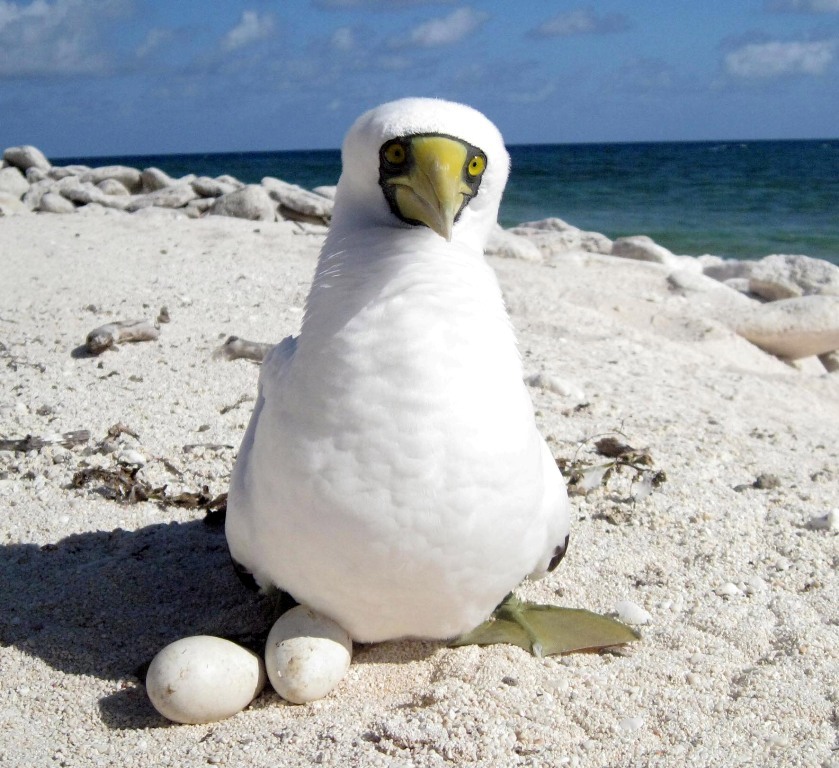