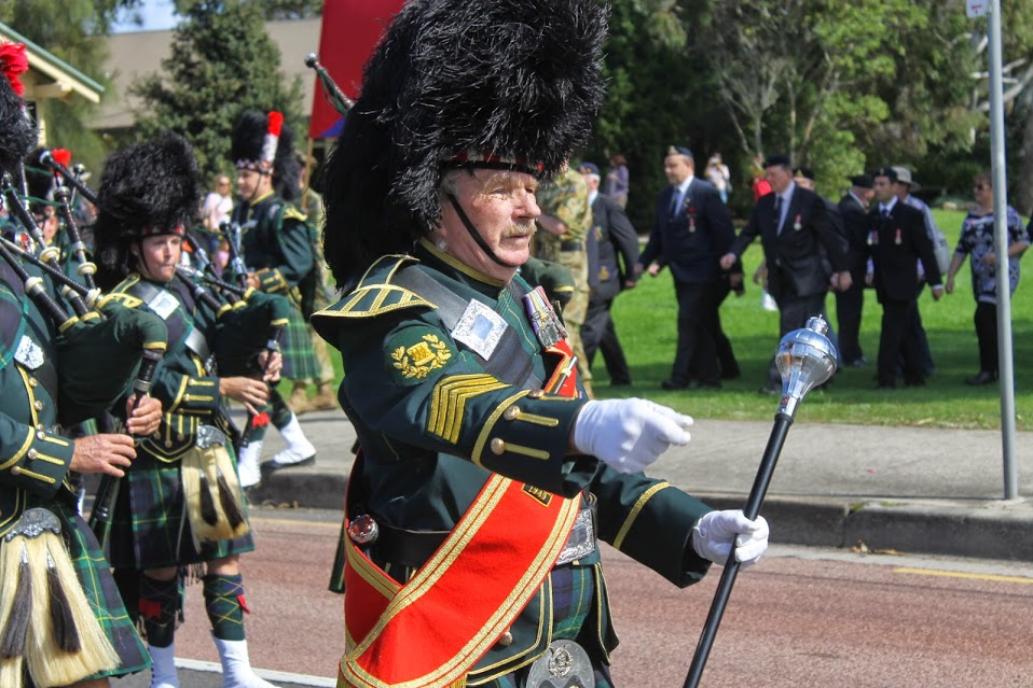 It was emphasised from the outset of planning that the Warringah and Mackellar ANZAC Centenary Commemoration Service on Sunday 19th April 2015 was to be a whole community event.
Meetings held in the offices of the Hon. Bronwyn Bishop throughout the two years preceding brought together representatives from the Warringah and Mackellar Federal Electorates’. The Commemoration was in cooperation with the Davidson, Manly, Pittwater and Wakehurst State Electorates; the Manly, Mosman, Pittwater and Warringah Councils together with ex-service groups including the RSL, Vietnam Veterans and National Service organisations.
All schools, sporting, community and Community and Emergency Service organisations in the two electorates were invited to participate, along with an estimated 1,500 current and ex-service members of the Defence Forces.

Thousands more lined Pittwater road to applaud those streaming past them, some of whom had been in Pittwater Rugby Park since dawn preparing the seating, sound equipment and all the associated tasks that made this ANZAC Centenary Commemoration Service such a success.

Despite the amount of those marching and those who turned out to applaud the whole service retained a community and family atmosphere. Everyone seemed to know or be friends and if names were not known, faces were.

The Master of Ceremonies, Lieutenant Colonel John Moore AM RFD (Ret’d), included many symbolic elements of the Service during the proceedings for those attending their first ANZAC Commemoration and to ensure the many younger people attending understood where they are from. The Ode, he explained, is an extract from the poem ‘For the Fallen’ by English poet and writer Laurence Binyon, written in mid September 1914, and after the Battle of the Marne where the British Forces suffered appalling casualties. Now a part of all ANZAC Day Commemorative Services, last Sunday both the 3rd and 4th stanzas were read by Mr Bill Hardman, Chairman - Centenary of ANZAC Organising Committee and President of Forestville RSL Sub-Branch.
Bill Hardman
Mr. Hardman also read the Prologue which he kindly allows us to share with those who could not attend last Sunday’s ANZAC Centenary Commemoration Service:

We are assembled here today to commemorate that immortal day 100 years ago on 25th April, when the young men of Australia, by their deeds and sacrifice at Gallipoli, demonstrated to the world that Australia was truly a nation.

That was the beginning of Australia’s involvement in First World War, The Great War; the War to end all Wars; where volunteers left our shores in search of adventure, only to be immortalised on the battlefields at Gallipoli, Palestine, Egypt and the Western Front. The stories of many of those battles are well known in Australian military history and have been recorded so that we may never forget the enormity of the sacrifices made in the service of this nation

It is on this day that we remember the sacrifice of such men and women, for an ideal and a way of life. Let us take strength in the knowledge and hope that our children will never forget the examples set by their forebears. In our everyday life, let us endeavour to carry on those traditions established at such a tragic cost.

We think of every man, woman and child who, in those crucial years, died so that the lights of freedom and humanity might continue to shine. We nurture too, the obligation of showing gratitude for the peace we enjoy and the responsibility of ensuring that the freedom and liberty so costly won, is not lost by our own indifference. We must continue to hold fast to the heritage entrusted to us, and never lose sight of the ideals that are the cornerstone of this nation.
His Excellency General The Honourable David Hurley AC DSC (Ret’d)
Governor of New South Wales
The ANZAC Centenary Commemoration Service was given by the Governor of New South Wales:

I thank you for the warm welcome to the Manly, Warringah and Pittwater region and I can say before I begin that this is not my first visit as I was here a few days ago at the Sydney Academy of Sport and Recreation, in Narrabeen for the National Electric Wheelchair Sports Championships. My wife and I are frequent visitors to this area and you will see more of us.

I would like to acknowledge Mr Bill Hardman, Chairman - Centenary of ANZAC Organising Committee, the Honourable Tony Abbott, Prime Minister of Australia and Member for Warringah, The Honourable Mike Baird, Premier of NSW and Member for Manly, the Honourable Bronwyn Bishop, Speaker of the House of Representatives and Member for Mackellar, His Excellency Abel Gueterres, Ambassador of Timor Leste to Australia and Mrs. Ana Gueterres, Mr. Eric Berti, Consul-General of France, Şeyda Hanbay Arca, Consul-General of Turkey, Ministers and Members of Parliament, Representatives of the Services, Veterans, in particular, ladies and gentlemen and boys and girls.

I’d like to pay my respects to the Traditional Owners of the land we’re on here today, the Guringai People, and most appropriately as this year we are beginning to show due recognition fore the service of our indigenous brothers and sisters in the defence of our country, so we should acknowledge that as well as acknowledging their custodianship of our land.
(Lengthy Applause)

The Prayer for the Services we have just prayed. I ask that we find the same courage and resolution, the same comradeship and service shown by our ANZAC forces in the cause of a lasting peace.

These characteristics derived form our ANZAC forebears have been and continue to be the hallmarks of the Naval and Military Service and contributions that this country has made in the pursuit of peace.

Today we remember the men and women who were determined to look out for each other, to support and protect each other in battle and most importantly, afterwards.
They were prepared, all too frequently, to die for one another.

We often talk about the Spirit of ANZAC, most commonly we use four words; courage, endurance, sacrifice and mateship.
I would like to offer a different perspective. For me the Spirit of ANZAC has three elements – give us a job and we will do our damned best, to the best of our ability to get the job done. We might not always succeed, as our forebears at Anzac Cove didn’t, but it will not be because we didn’t try. We will do the job you’ve asked us to do I a ,manner that will make you very proud of us. And while doing what you have asked, we wil not neglect our mates, we will not be self-centred, we will work for each other, and most particularly when we return home, we will continue to look after each other.

Seen from this perspective I believe that as a nation we can discern the Spirit of ANZAC in a broad range of activities across our history and those that we are undertaking today.

This Spirit s very evident in the history of this area during and after the First World War. The population of Manly and the Northern Beaches at the outbreak of the First World War was fewer than 20 thousand. Almost 1500 volunteered from this area, enlisting in the AIF, which was a substantial commitment at that time. 197 servicemen are remembered at the Manly War Memorial, but many are not, so we can estimate that in excess of 200 fell in action.

Manly was reported to have more men serve form its sporting clubs than any other town in Australia. 140 playing members from Manly Rugby Club served in the First World War.

The men and women of this area did the job asked of them in a manner that we will remain and we remember them with great pride. For example, Sapper Fred Reynolds, aged 21, a Freshwater-Manly boy, whose plaque is to be found in Soldiers Avenue of Honour in Freshwater, was one of the first to fall at Gallipoli, early in the morning on the 25th of April 1915. he was awarded a Mention in Despatches, the oldest British award, for saving three wounded soldiers by getting them off the landing boats in the first wave before being shot himself. I believe Lone Pine was planted in his honour yesterday by the Premier.

Manly was one of the first to recognise Service through a Memorial – the Manly War Memorial built in 1915 to 1916 and unveiled by the Governor General, Sir Ronald Munro Ferguson PC, GCMG in 1916, funded by the Mitchell Family of Manly whose son was killed at Gallipoli in 1915.

Just as significantly, when our men and women returned to this region, the community gathered around them. In response to a New South Wales Government establishment of a scheme whereby land was set aside for returning Veterans, 27 or so small houses were built on acreages in an area called ‘Soldiers’ Settlement’, now known as Forestville, Killarney and Frenchs Forest. The land wads cleared and the houses were built by community voluntary labour. The Manly Branch of the Voluntary Workers Association was particularly active.
In the Champion’s Book – French's Forest soldiers' settlement : success or failure?, there is a very telling statement or recollection of history; ‘…300 people went to Frenchs Forest on Sunday afternoon, 6th of August 1916, being conveyed out by twenty-two motors and seven motor wagons, the occasion being the handing over of a cottage erected by the Manly Branch of the Volunteer Workers Association for Sergeant Bennet, his wife and two little children. Sergeant Bennet had been twice wounded at Gallipoli…’

That was then. We live in a very different Australia now, rich in diversity of races, religions, cultures and traditions. The ANZAC story and its meaning must be as relevant to them as it is to us who have lived and grown with the ANZAC story throughout our lives. When we utter the words ‘Lest we forget’ we are remembering sacrifice. Now sacrifice in a religious sense is normally linked with atonement, forgiveness, but it also has another meaning; a new beginning, a fresh start, ready to begin again.

I think the most important thing that we will achieve as a nation over the next four years, as we reflect on one hundred years of Service, is to create a new legacy for a new generation.

All Australians, what will we make from this new beginning that was given to us and we have built on for so many years; May we honour them with our commitment to service, to volunteering, to the community, and building a country we can all be proud of; compassionate, generous and inclusive.

Their spirit lives through our taking their legacy forward and not just dwelling with it.
Lest we forget.

They went with songs to the battle, they were young.
Straight of limb, true of eye, steady and aglow.
They were staunch to the end against odds uncounted,
They fell with their faces to the foe.

PRAYER FOR THE SERVICES
The Hon. Bronwyn Bishop MP
Speaker of the House of Representatives
Member for Mackellar 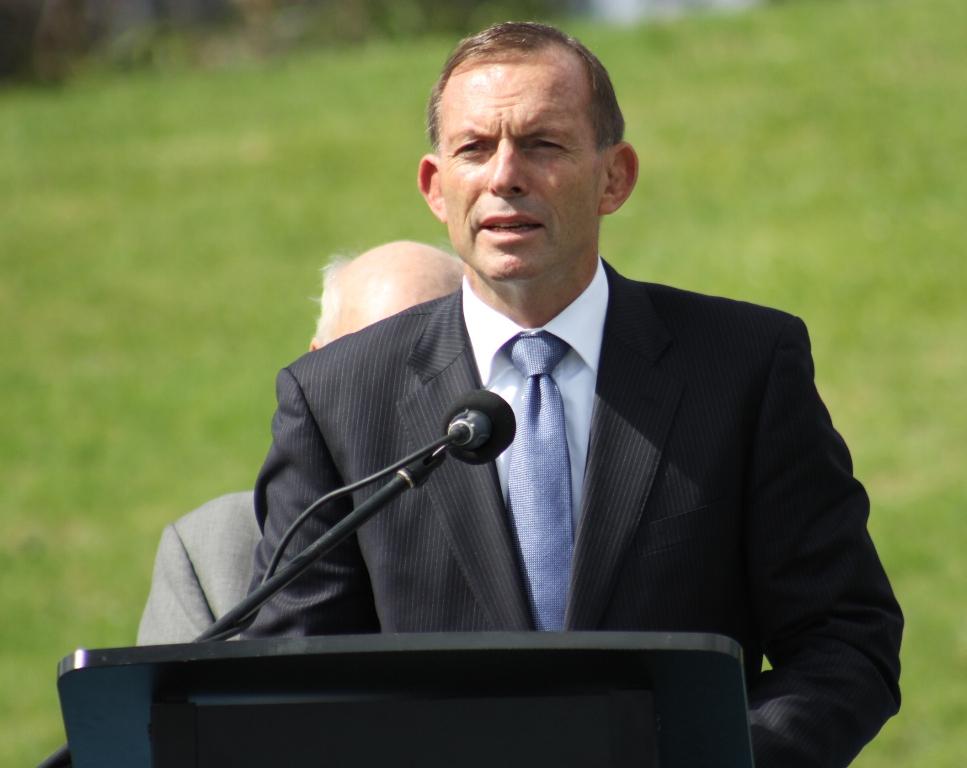 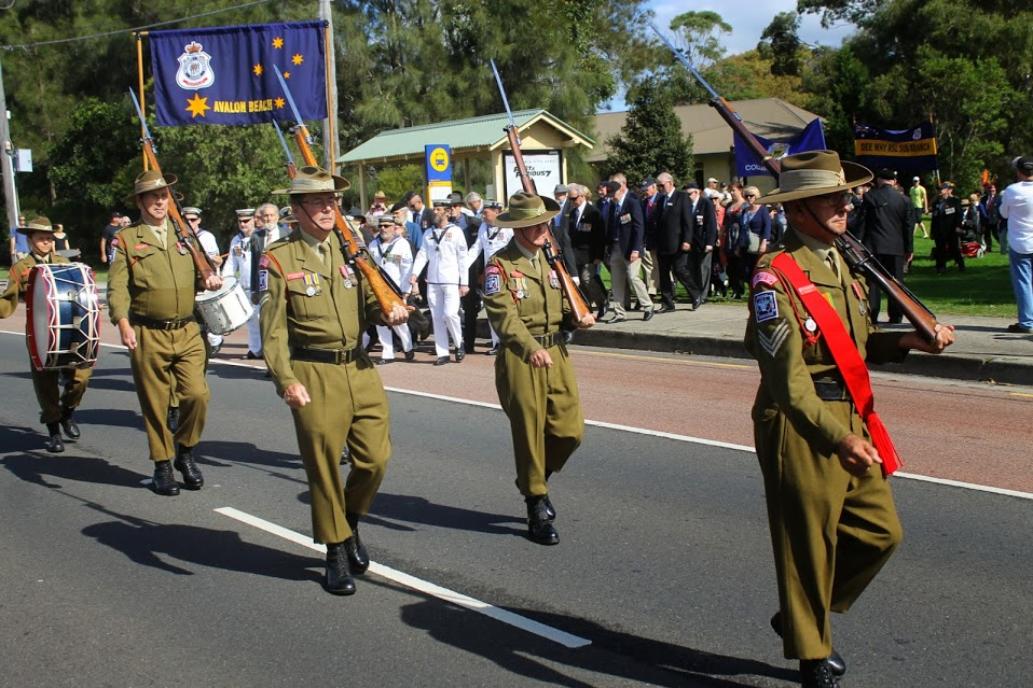 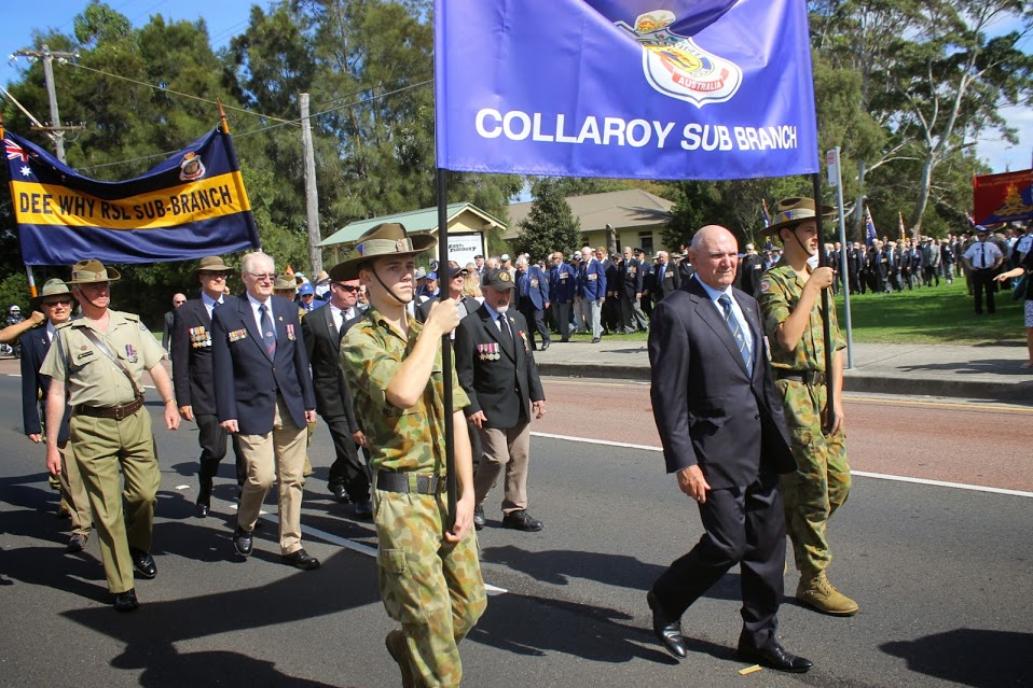 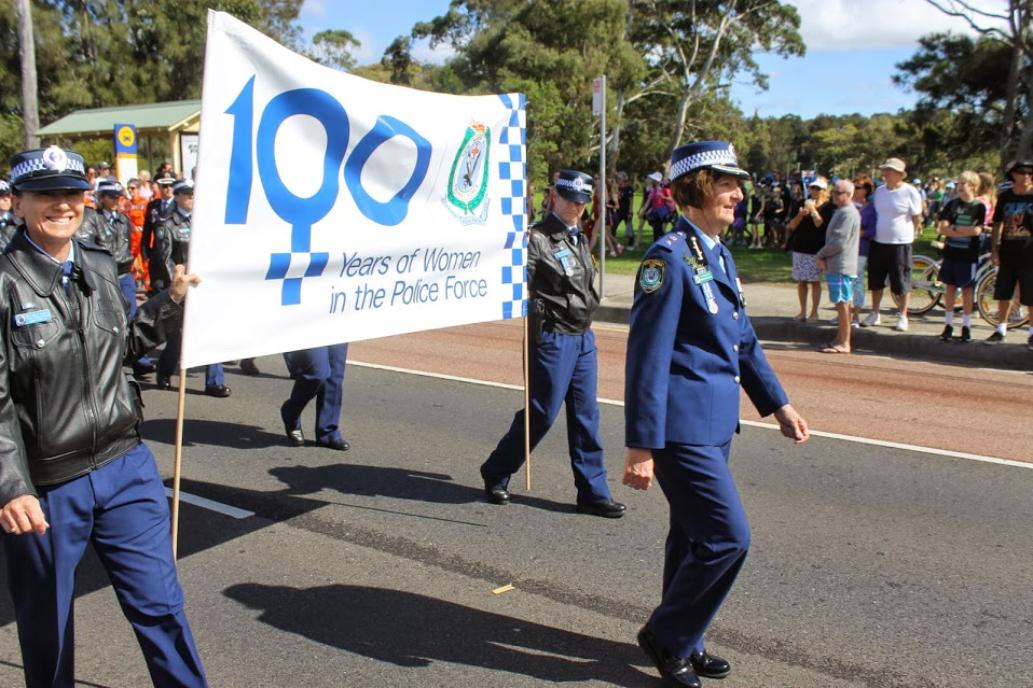 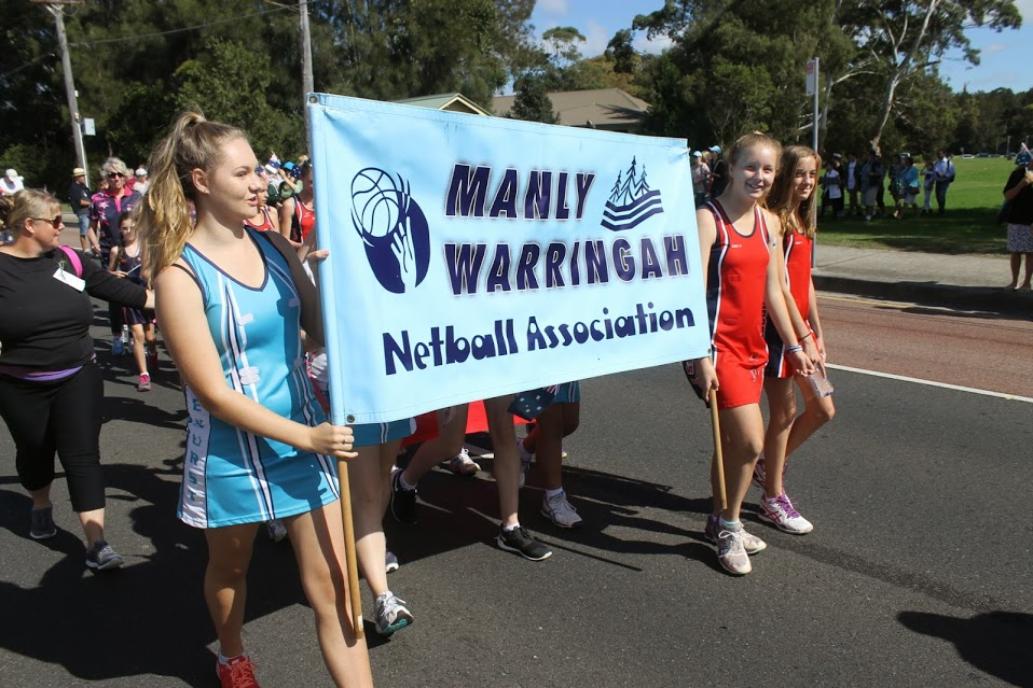 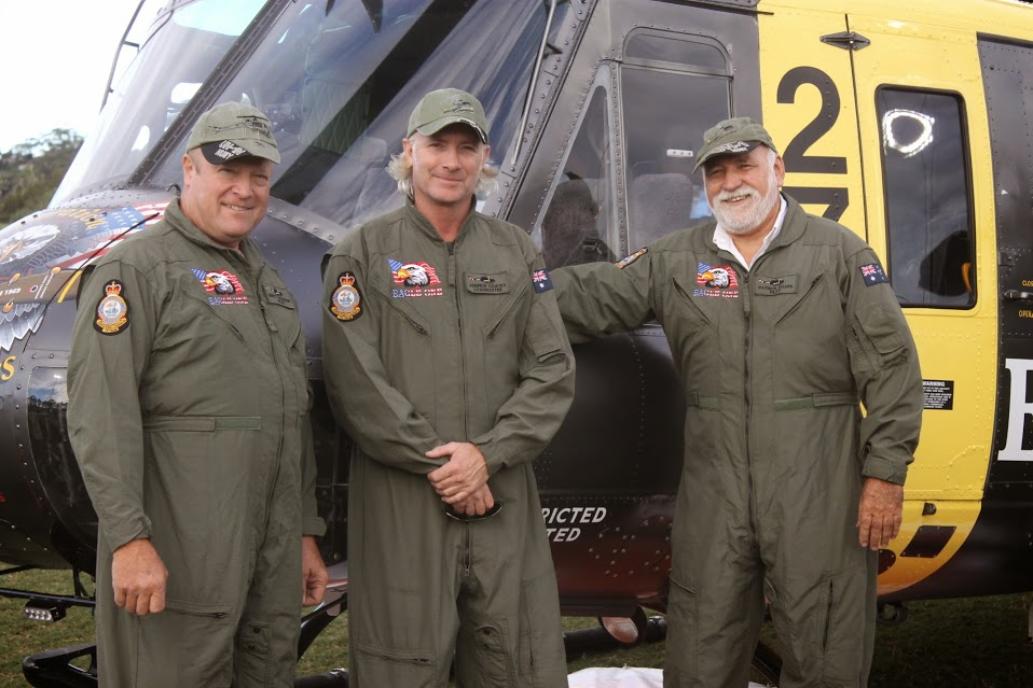 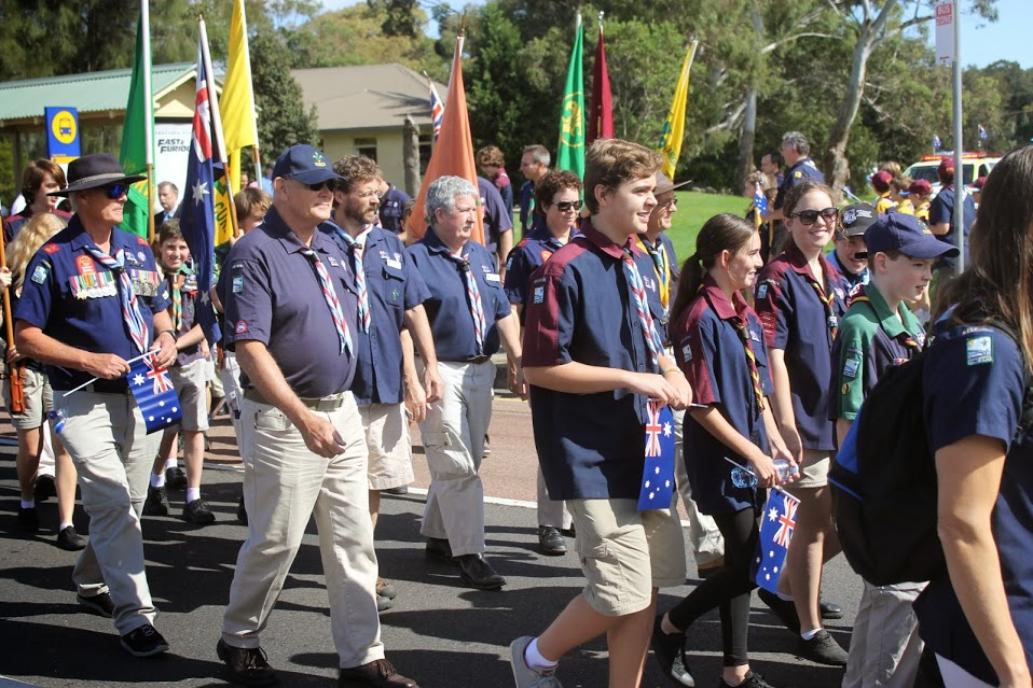 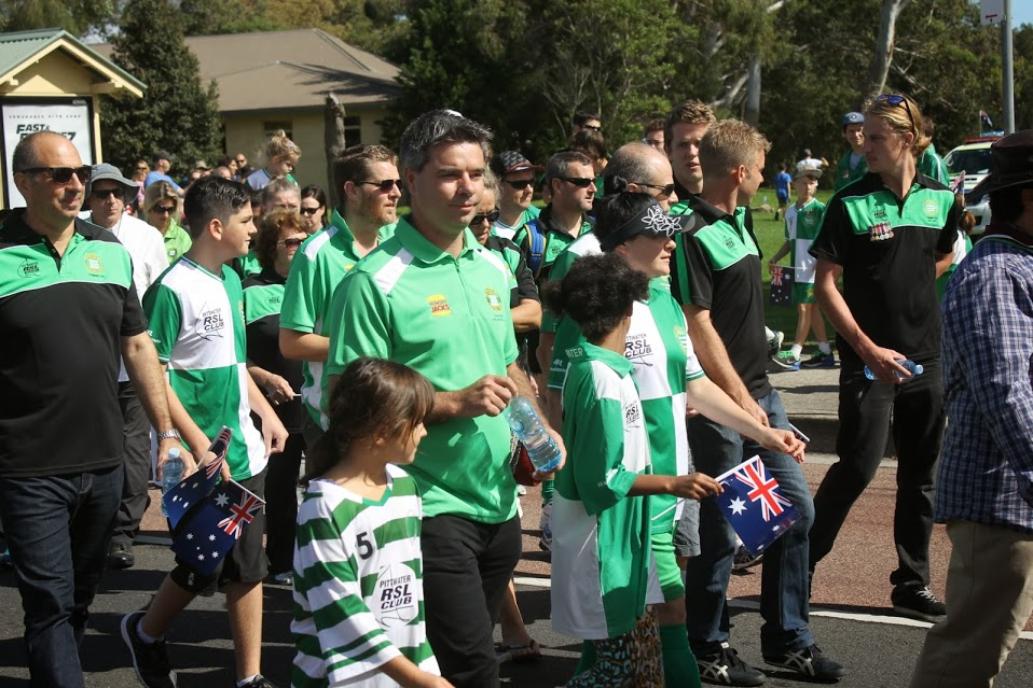 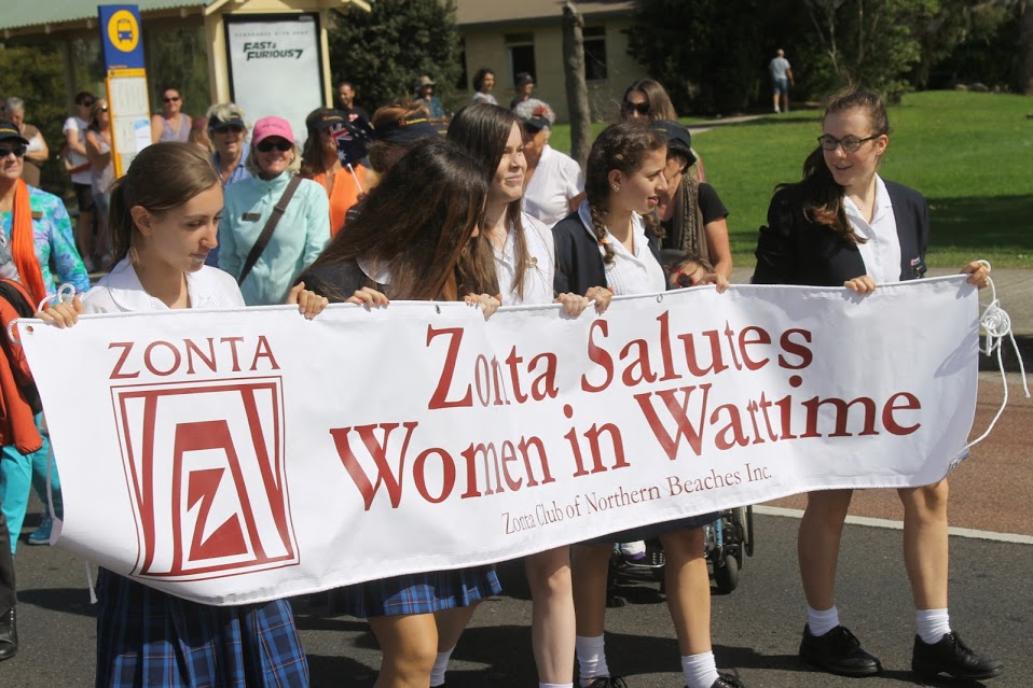 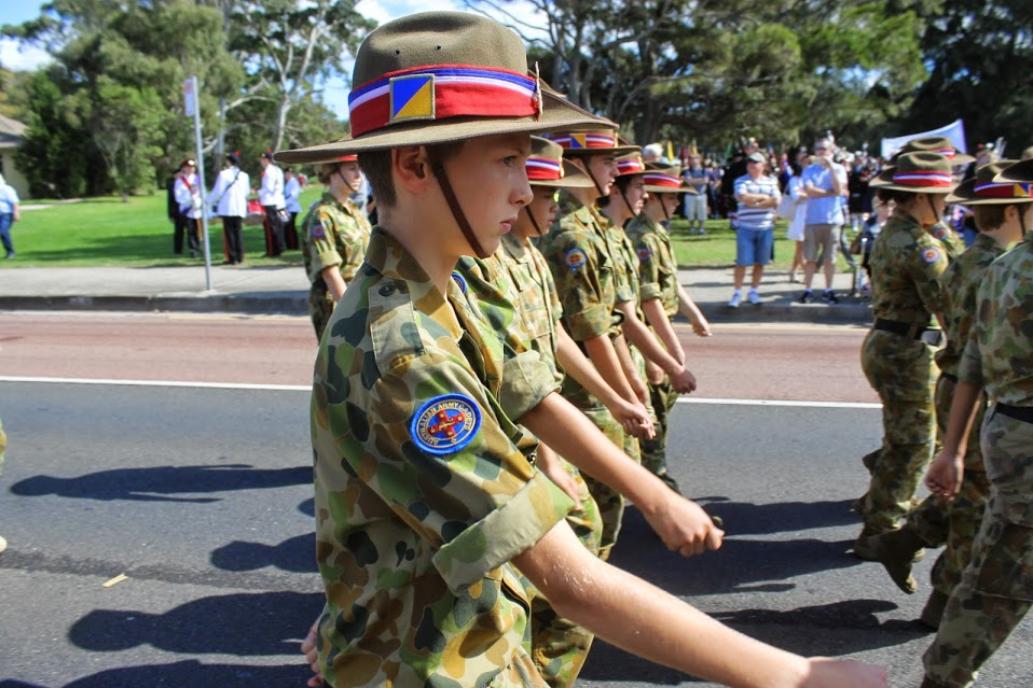 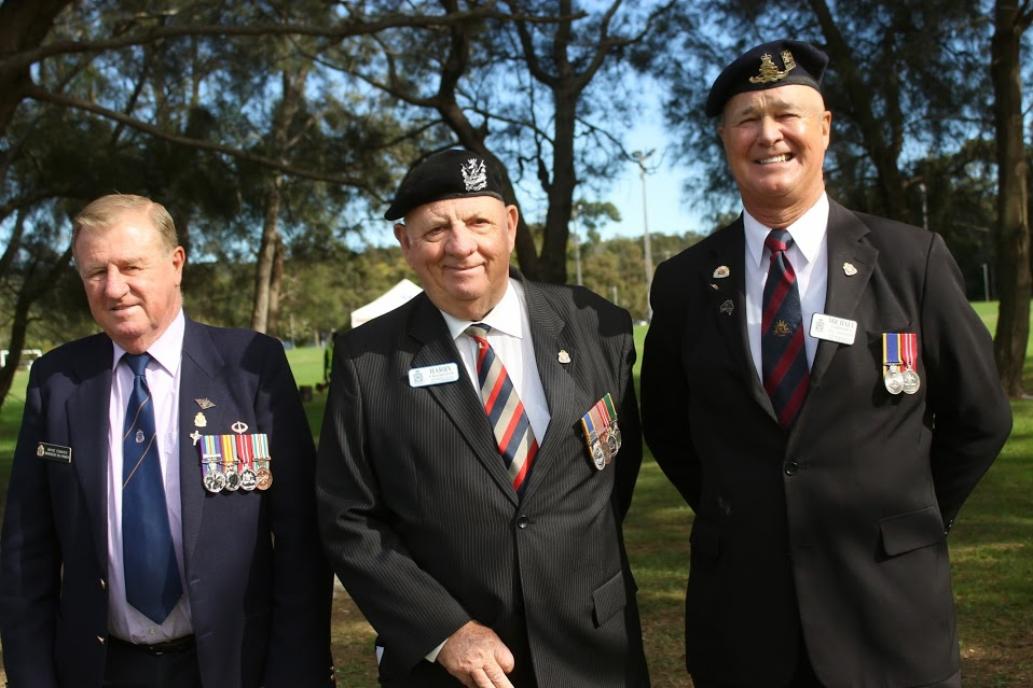 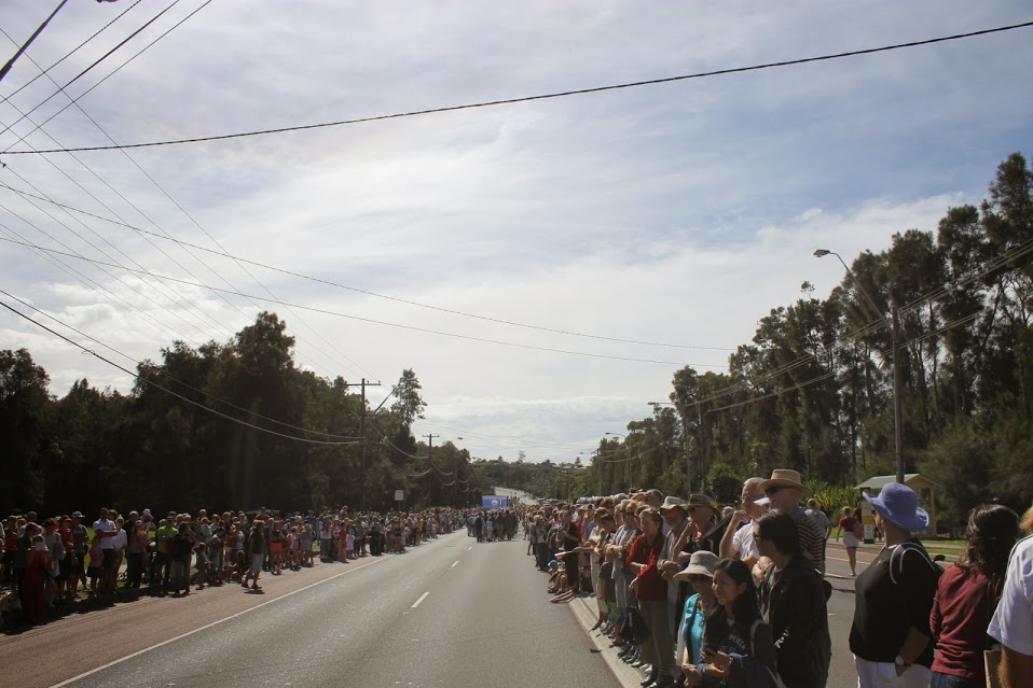