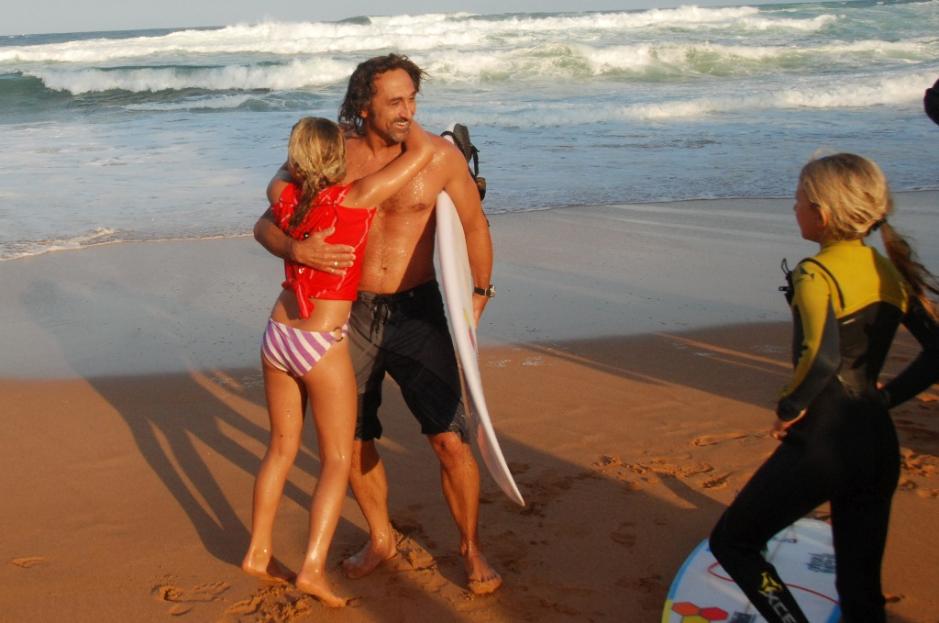 Matt Jones, local hero, being thanked by the girls he rescued at yesterday's Surf and Skate Compeition. Photograph by Mike O'Flynn.

The Adrenalin 350 Surf and Skate Competition for boys and girls aged under 12 to under 16 years of age was a power packed display of skills in the Avalon skate rink and in the water all day yesterday. Difficult surf conditions tested those competing in the surfing rounds all day with waves that closed out too quickly or were sets of pure wash. A rip to the south of the competition area beside the pool area earlier in the afternoon carried one young boy who moved out of a heat's way on his boogie board close to the rocks and then further out to sea. Commentator for the event, 'Tezza' or Terry not only alerted the Avalon SLSC patrol members on duty to this boy's plight, he then spoke over the microphone coaxing the boy until he had moved out of danger, returned to shore, and was with Avalon Beach SLSC lifesavers.

Later in the afternoon local surfer Matt Jones rescued two girls in the finals as they too were carried out to sea.

In the skate rink boys and girls put on a display of turns, flips, airs and glides along the rails to an appreciative crowd.

The Adrenalin 360 comp at Avalon was an opportunity for local success story Adrenalin 360, who began on a street corner shop in Avalon, to practice one of their core philosophies; to encourage those who enjoy their skateboards, scooters, safety equipment and accessories to hone their skills and then bring them into a competition where they can not only show how much they have progressed but enjoy the company and skills of fellow skaters.

Competitors could compete in The Surf Competition or The Skate Competition or in both competitions. The competitors with the highest combined score from both events were awarded the title of The Adrenalin 360 King or Queen.

There were trophies and prizes for top three in each division as well as encouragement awards, huge competitors draw and beach side giveaways. All entrants received an Adrenalin Event T Shirt and a block of WaxyWax Surf Wax.

Although girls were under-represented in the skate comp comp, there were over 60 boys. Mark ‘Rady’ Radford and his team ensured the heats flowed smoothly and fast. Just watching them was exciting as you can probably tell from some of the photographs on this page.

The surfing component of the competition was run in very difficult conditions that will probably cause long discussions between organisers and their backers this week. Our main photographers reported that the rescue by Matt Jones when two young girls were washed out to sea was one of two incidents they witnessed that afternoon. The other being a surfer who was not part of the competition being washed onto the rocks. Matt Jones, who stayed in the background during the prize giving presentations, had lots of parents and kids coming up to him and thank him for his brave deed.

There was still some great surfing though. Those who did select a good wave among the sets executed some great manoeuvres and went for length of ride as best they could. Many came into the beach at the south end after a ride and would run back to mid beach and paddle out through the wash to attempt another a few times during each heat.

We will be sent a full list of results early this week and will add these into this page when received; so perhaps check back later in the week to see how you and your mates went.

The organisers were very thankful to Avalon Beach SLSC, whose members patrolled the beach on Saturday and also extended big thanks to the Johnson Bros Mitre 10 team who arranged a long list of fun activities for the day.

As this is the inaugural Kids Festival of this kind in Pittwater a review of how to make it safer and even more spectacular may see an even more exciting Grom Comp here again. We certainly need this kind of event for our younger teenagers, they thrive on it, love getting to do the kind of activities that will build their sports skills and spending time meeting and being with people their own age. 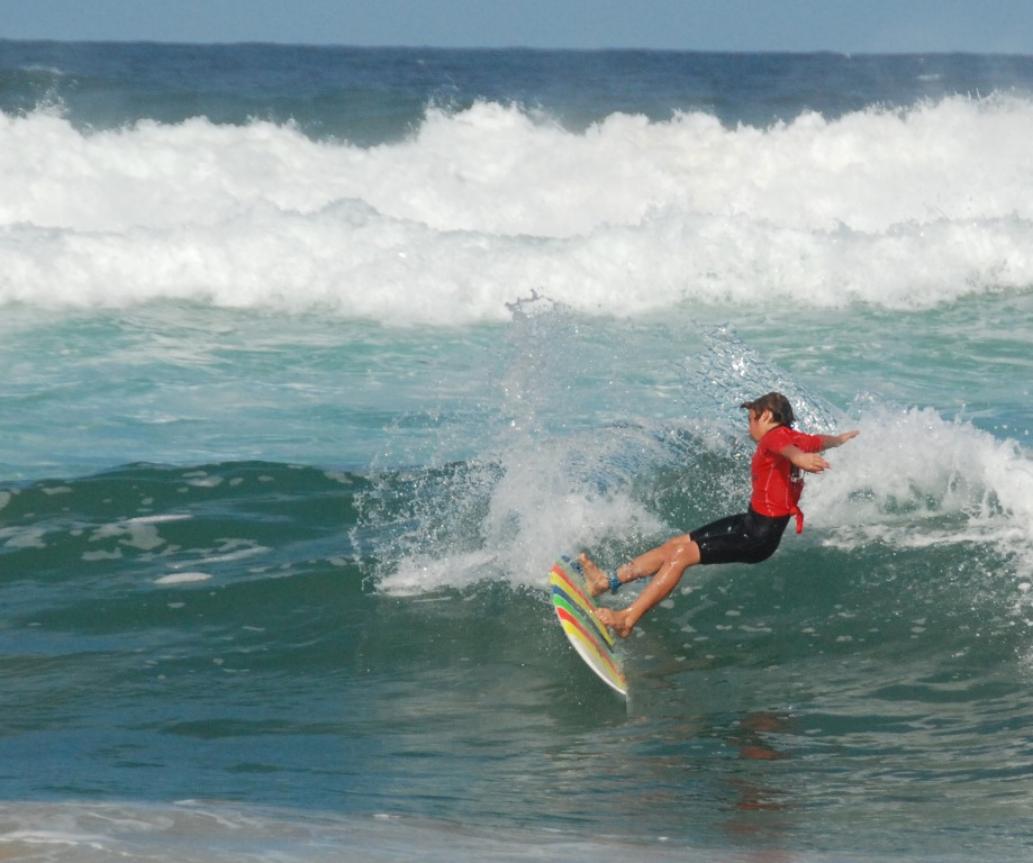 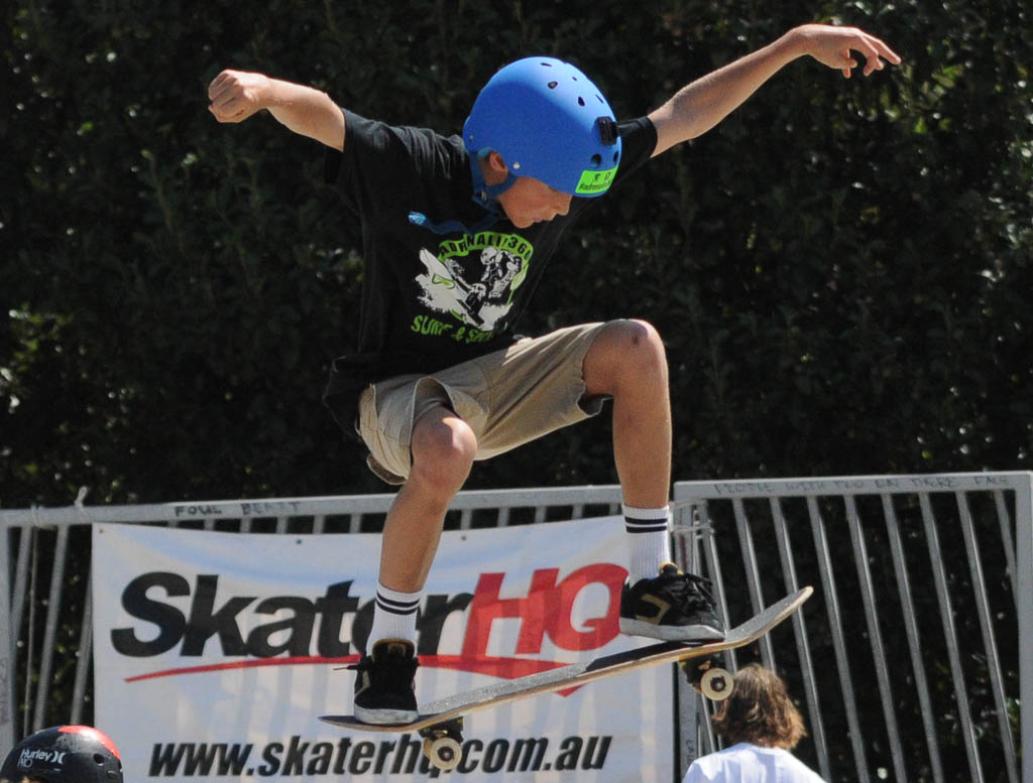 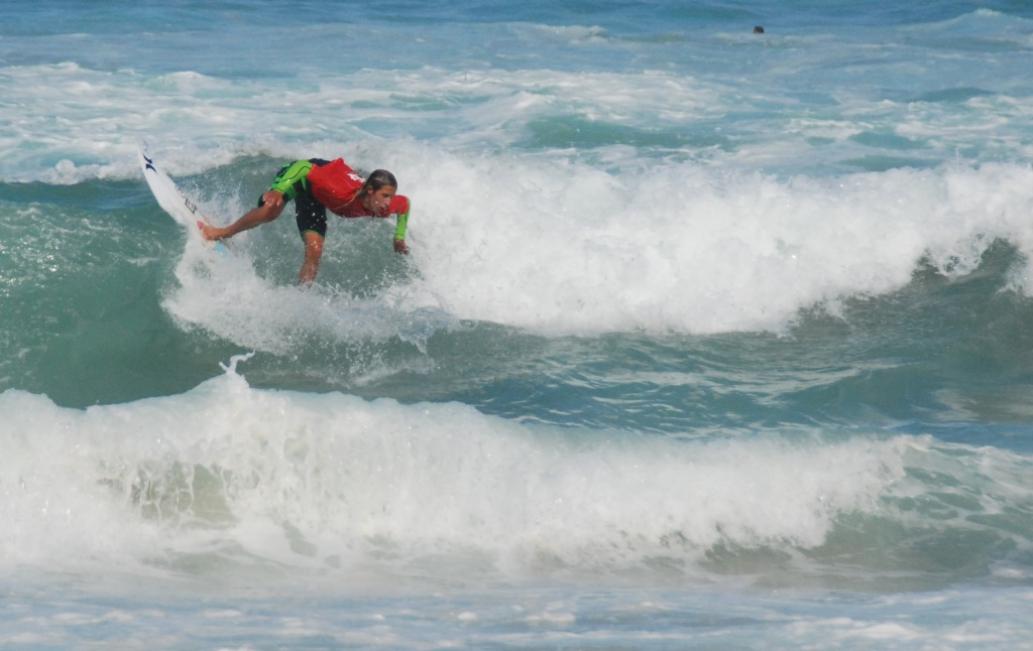 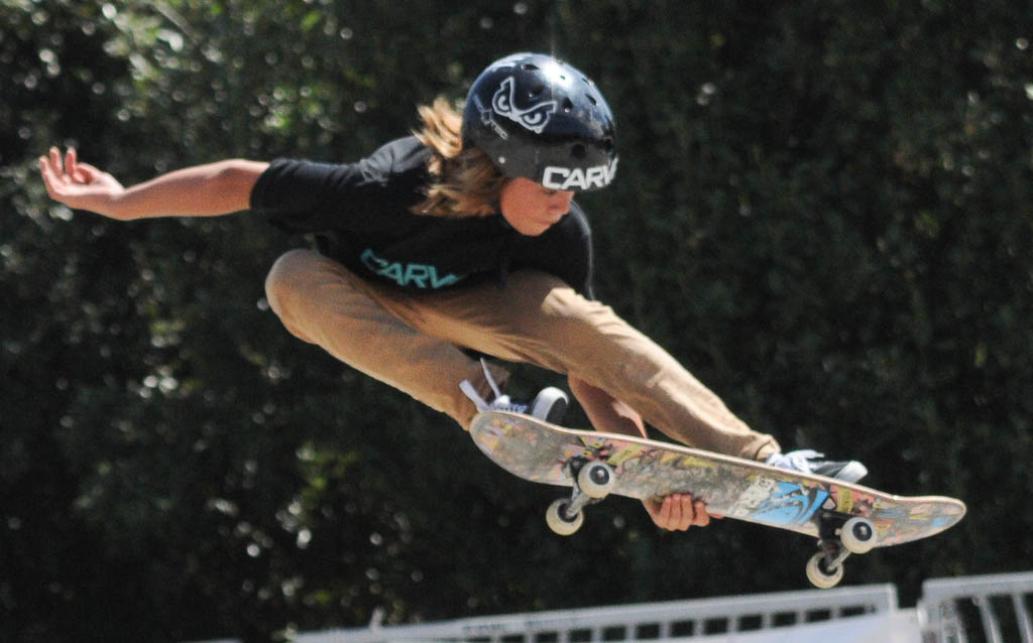 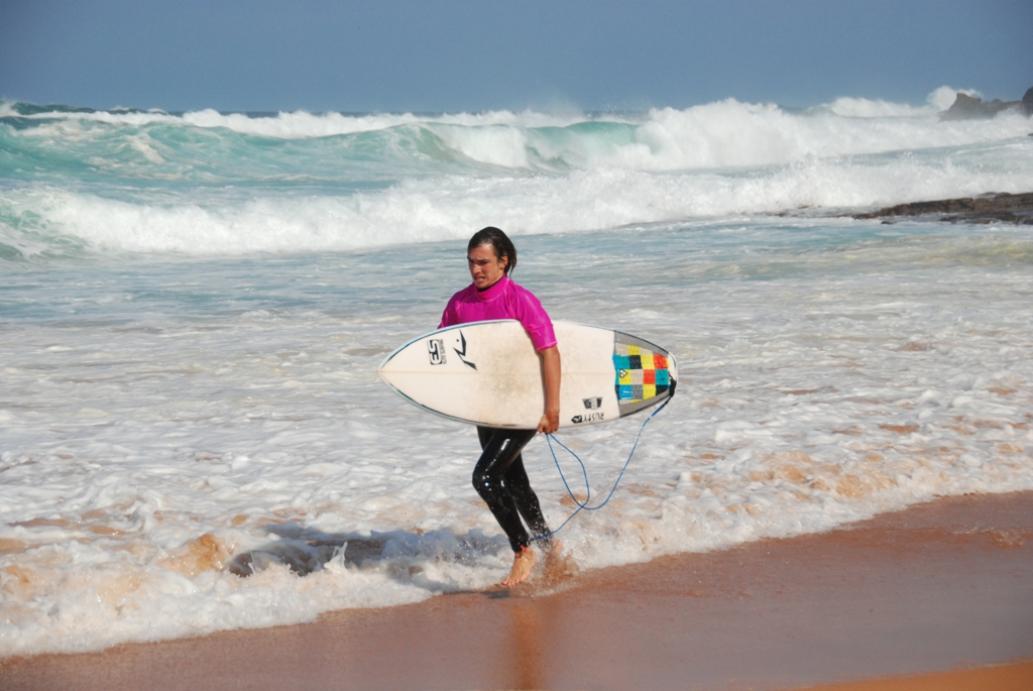 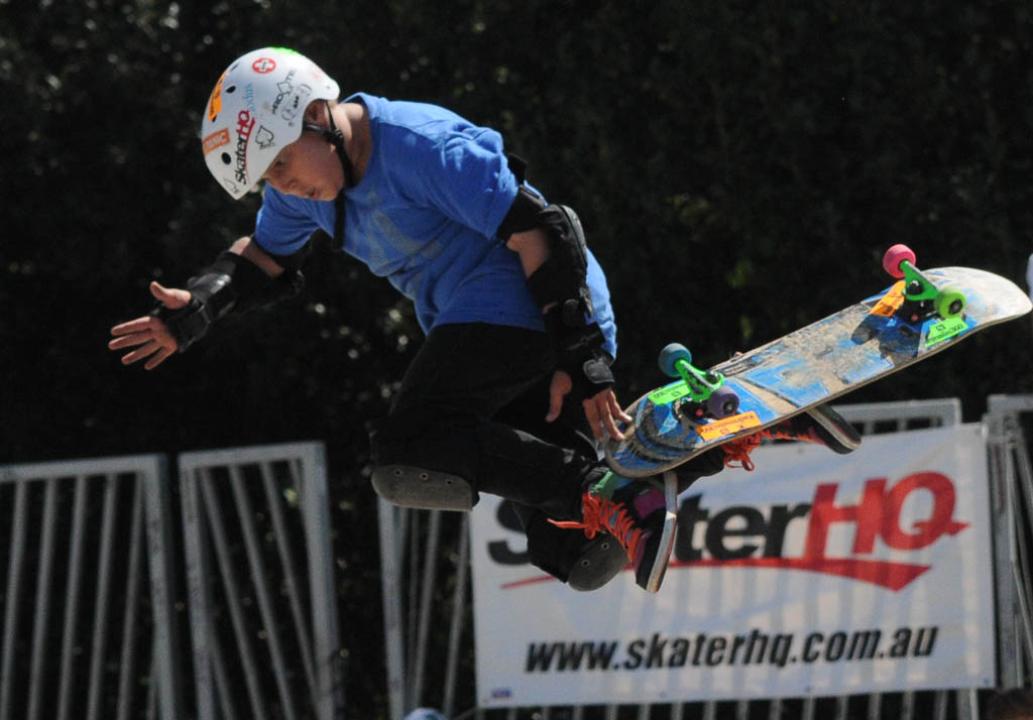 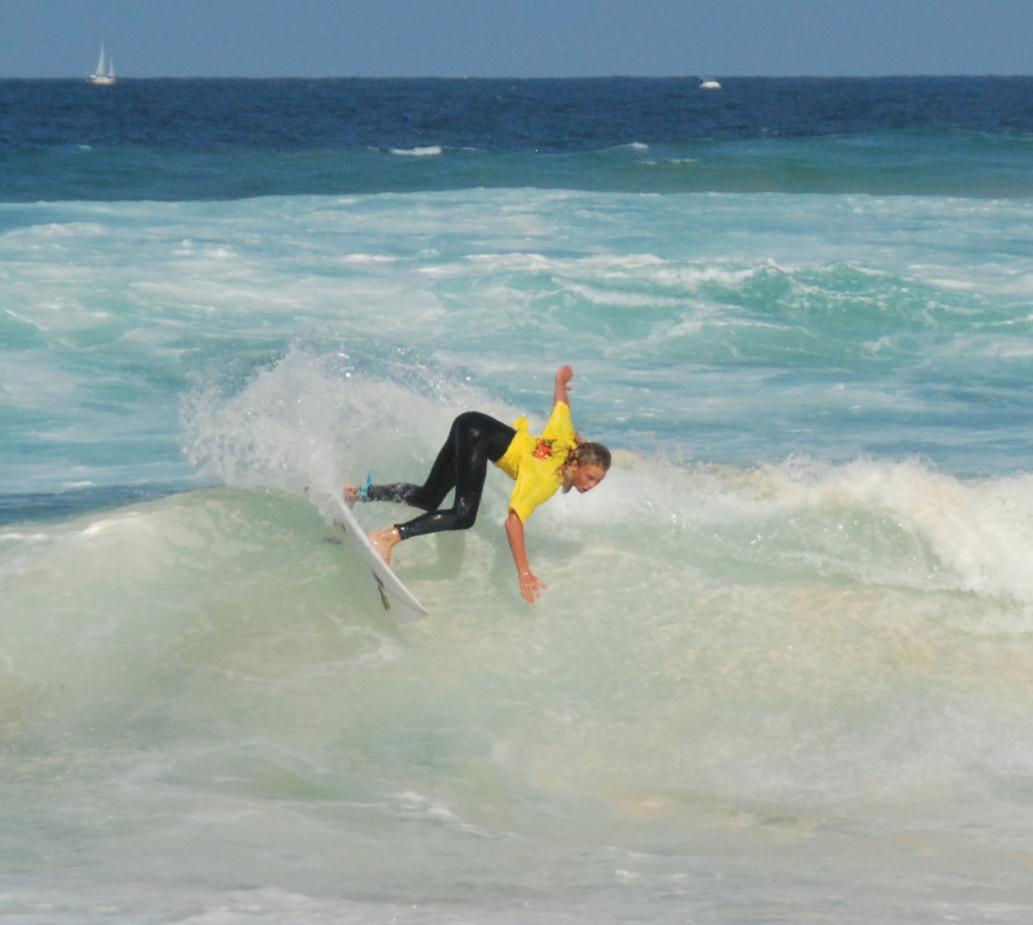 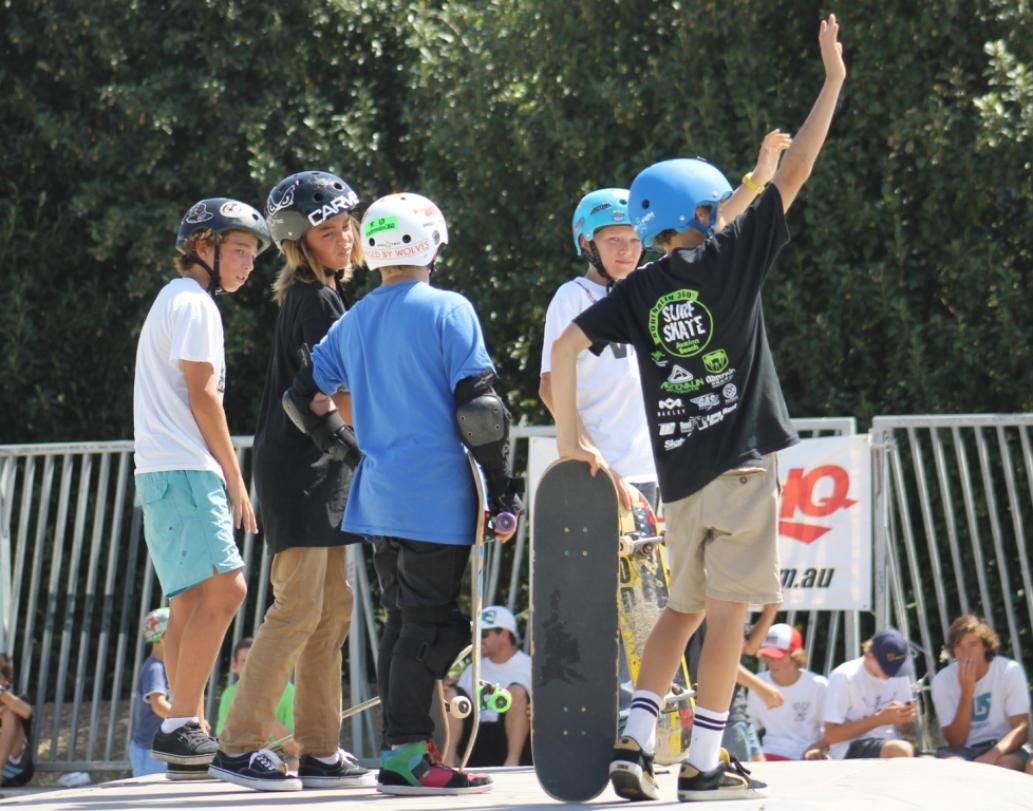 Under 14's Boys Finalists. Photo by A J Guesdon. 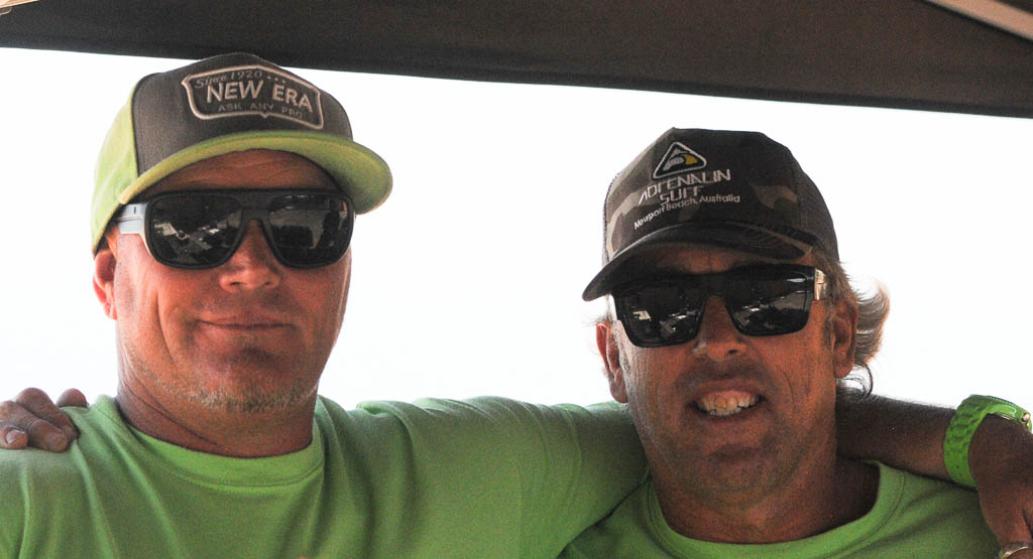 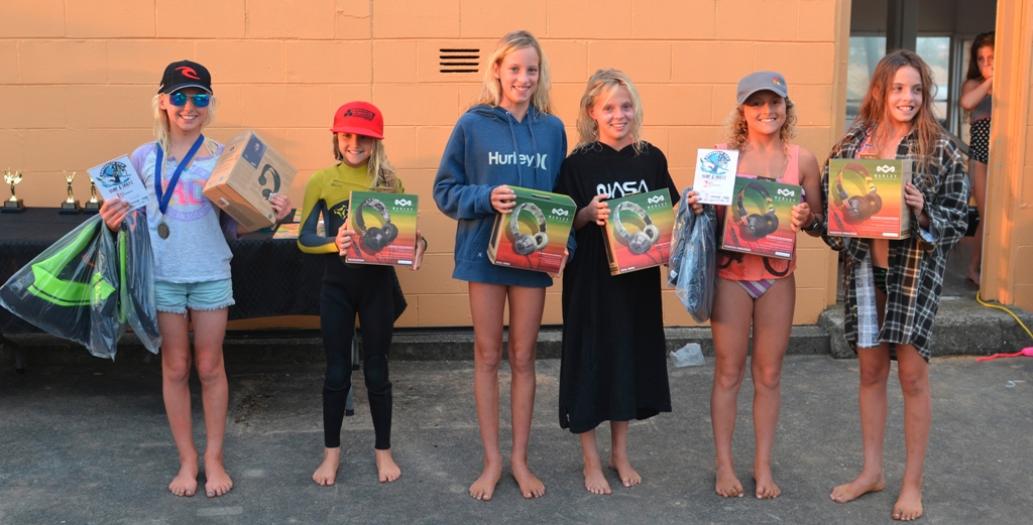 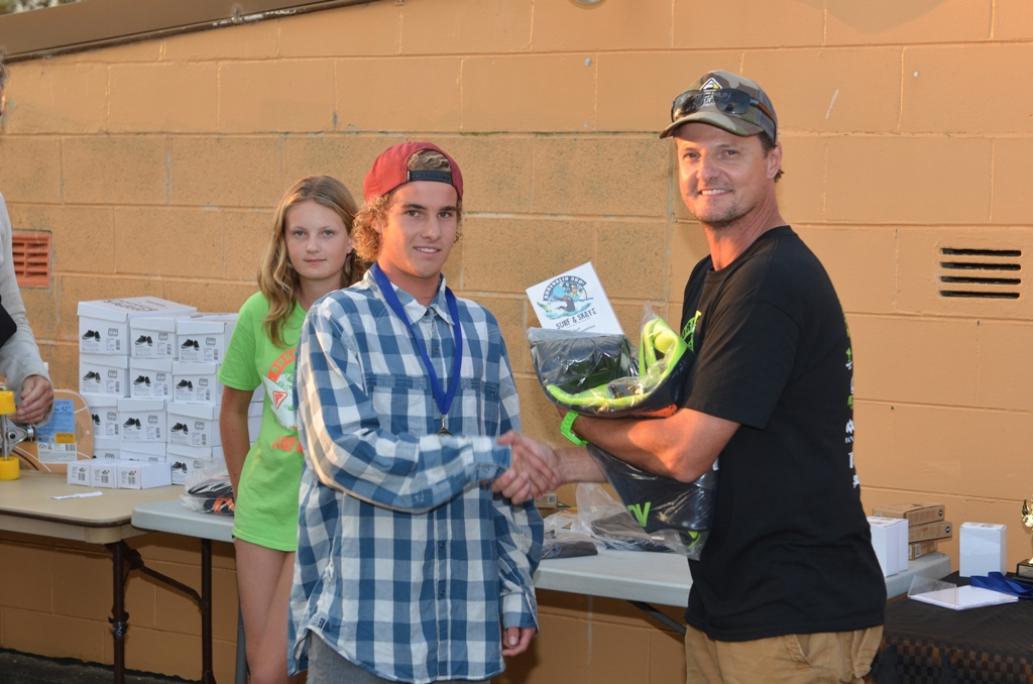 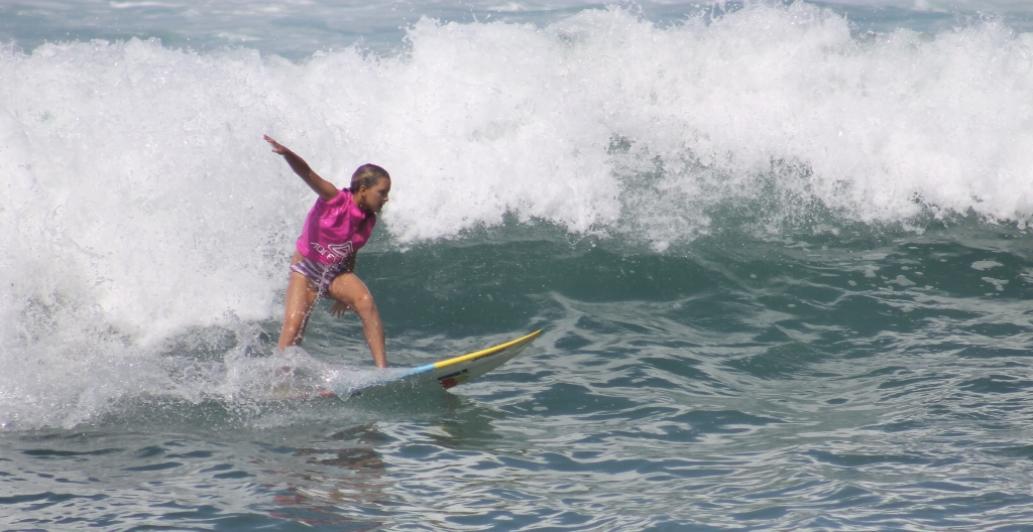 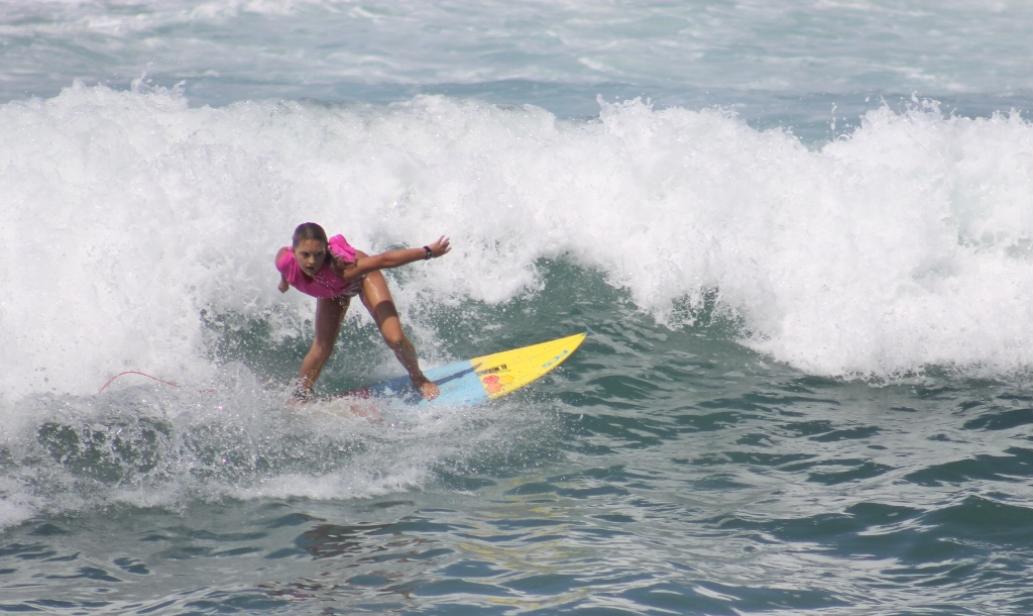 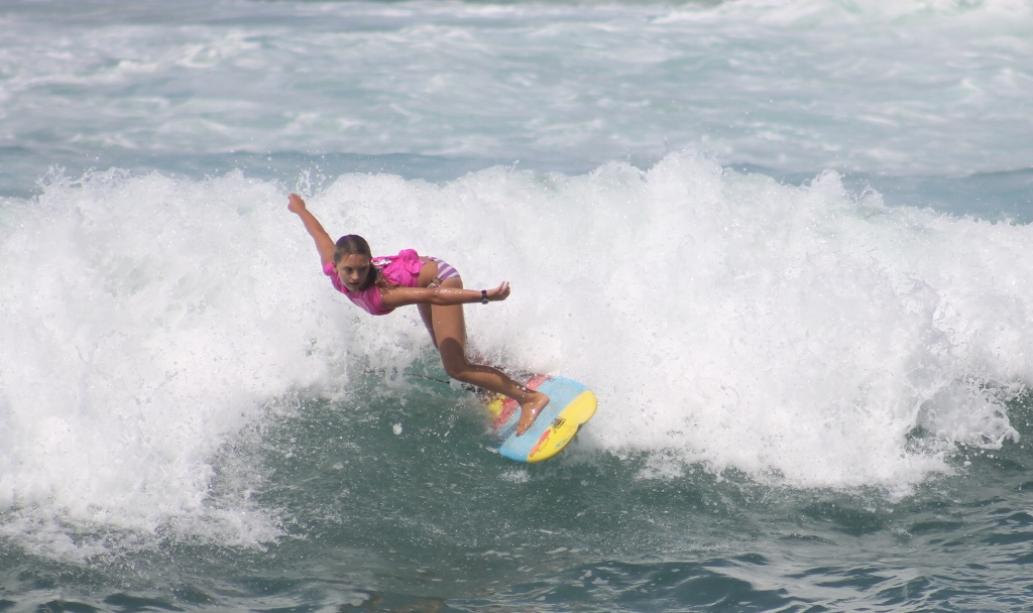 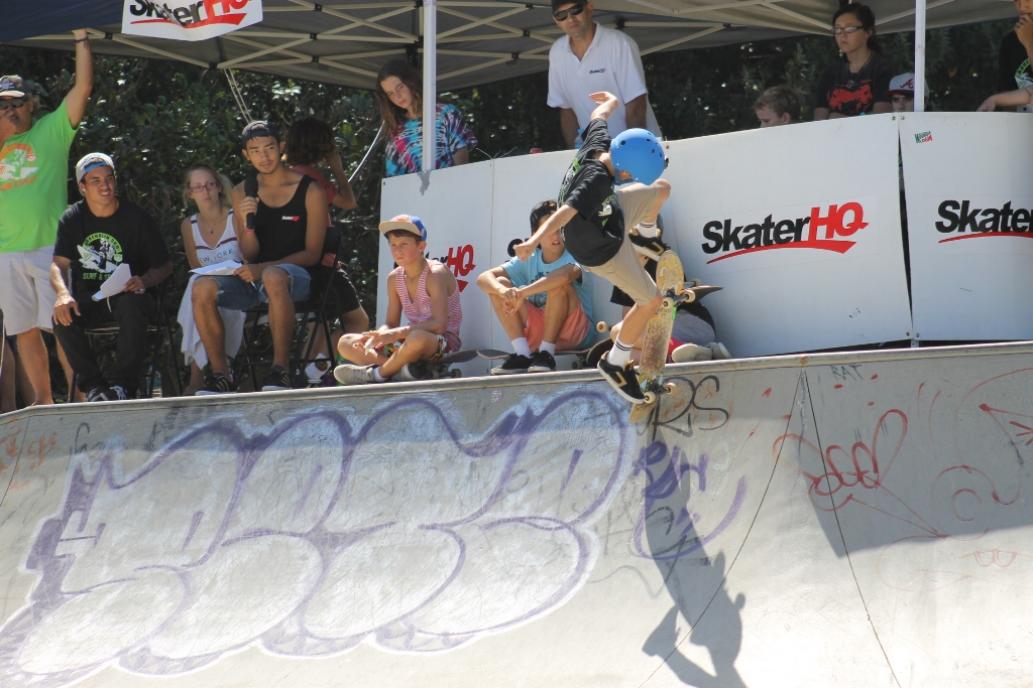 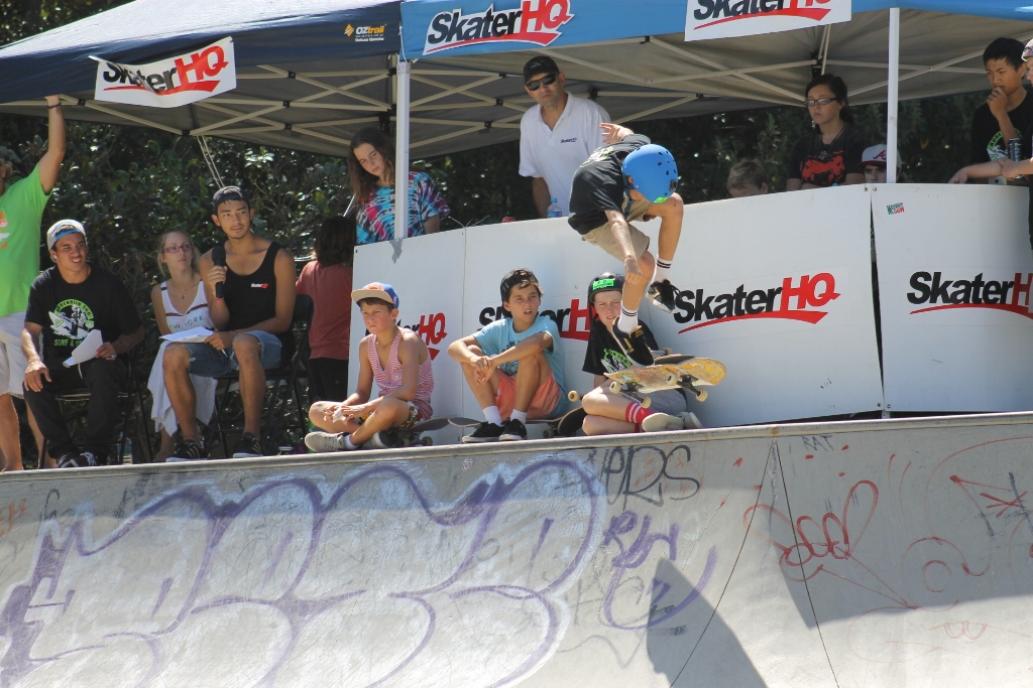 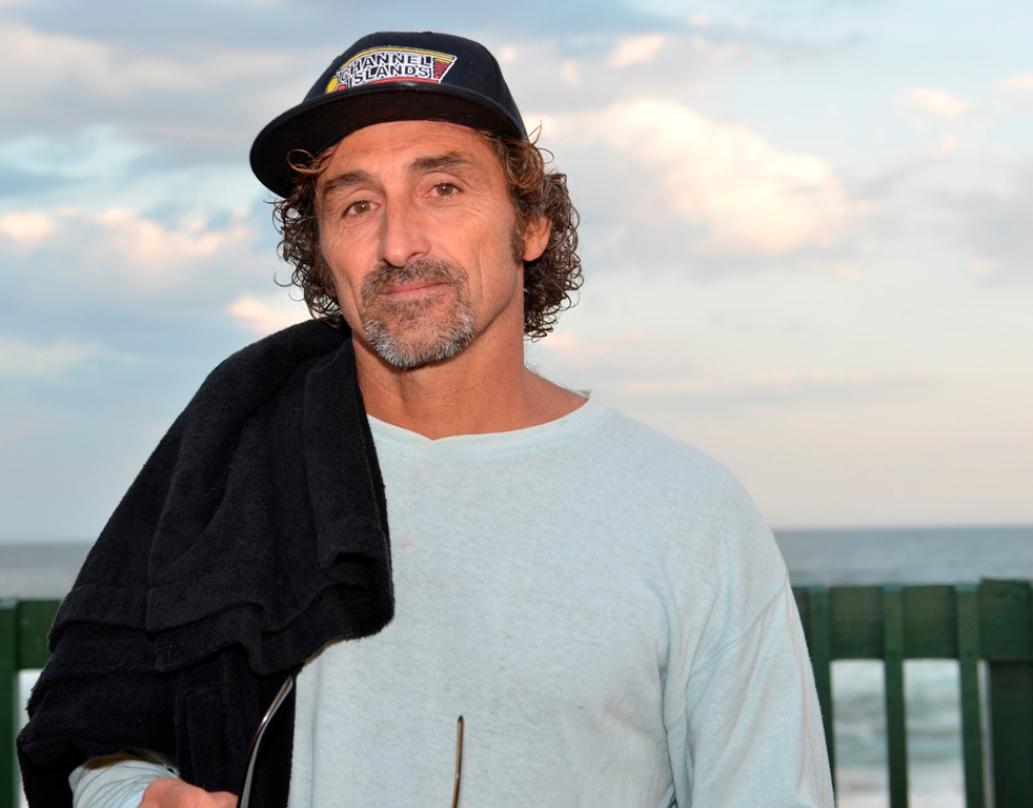 All Pictures by Michael Mannington, Mike O'Flynn and A J Guesdon, 2013.