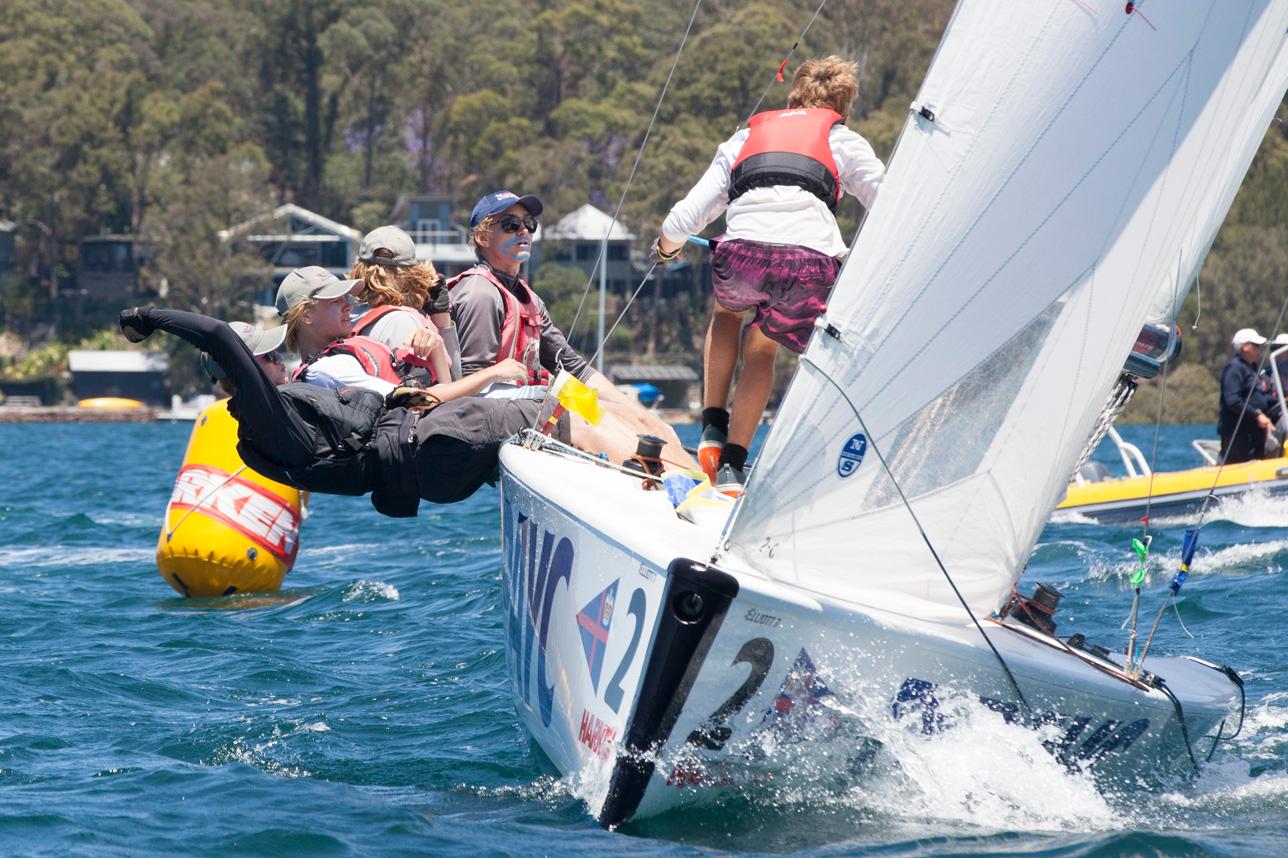 Scheduled to be conducted from 16th November through to 20th November, where the first day is reserved for team practice and training, four days of racing is programmed for this World Sailing Grade 3 event, for those aged under 23 years.

When November rolls around and the next ‘HARKEN’ champion is crowned, three long years will have passed since Alastair Gifford (NZL), beat Matthew Whitfield (GBR), 3-2 in the hotly contested 2019 final, to take both the spoils and bragging rights, back to his homeland in New Zealand.

Absent from the Youth Match Racing scene during the Covid impacted years, the Club is excited to again welcome local and international youth teams to the ‘HARKEN’, as the sailing world has now confidently reopened, post the Covid-19 pandemic.

Notably, many of the sailors expected to compete this year will now become a part of Youth Match Racing’s ‘Generation Next’, as most of this year’s cohort, were likely not yet even on the scene, or, were just entering the cut and thrust world of Youth Match Racing, way back when Gifford came out on top.

“The ‘HARKEN’ has always held its own, particularly as it has become such a prestigious World Sailing Grade 3 Event. To come out on top at the ‘HARKEN’ is always a major achievement for these young teams”, RPAYC Sailing & Communications Manager, Brendan Rourke, commented.

He adds, “The event is extremely competitive, so this next generation of young sailors will have to be really dialled in and on their game, which will challenge them, but should also make for some great match racing.”

Also pleased to see the return of the international youth event proudly bearing its name, is long time naming rights sponsor HARKEN. Equally proud of their association with the ‘Alfred’s’ and their ongoing support of ‘Youth Development’ at the Club, HARKEN’s Managing Director Australasia, Grant Pellew said, “The team at HARKEN are most excited to be able to support this very important and very successful international event again, particularly after such unprecedented years. Once again, we’ll see youth teams from around the world, all doing what we all love most, and that is sailing and racing competitively.”

In a clear nod to the recent events around the world and with the ability to now reunite with overseas acquaintances, Pellew remarks;

“We’re obviously very looking forward to seeing our old friends again, plus the opportunity to make new ones when we’re back out on the water, because unfortunately, it’s been a while. It’s really great to see international competition back in Pittwater too, so that must be a good thing for both the sailors and the Club.”

This year’s ‘HARKEN’ Championship will again be contested in the Club’s matched fleet of eight Elliott 7 keelboats, which are also the beneficiary of the long-standing partnership between HARKEN and the Club.

Pellew further added, “The Club took on a major overall of their Elliott 7 fleet last winter and HARKEN were of course more than happy to provide some quality, brand new, deck hardware. The Club’s done a fantastic job and the fleet is now looking super refreshed and close to feeling brand new again.”

As always, the ‘HARKEN’, along with the RPAYC’s nimble fleet of Elliott 7s, has been a major drawcard for entries from countries spanning the globe, including entries from continental Europe, the UK and Ireland, the USA, as well as Japan and New Zealand.

Similarly, many high-quality local teams based around Australia have found themselves on the event card as well, all fighting the international visitors to become champion and all fighting to lift the ‘Rockin’ Robin Perpetual Trophy’, for championship glory.

As early indications would have it, this year is again pointing to another good mix of international and local crews taking to the water.

This now means, that the stage is ‘almost’ set, the return of the ‘HARKEN’ is eminent, and those skilled young sailors of ‘Generation Next’, are surely eager to announce themselves, onto the scene of International Youth Match Racing.

Find out more at: www.intyouthmatchracingchampionship.com.au

Established in 1992, the Harken International Youth Match Racing Championship has grown into a world-renowned international youth event. The original aim of the event was to provide Club members under the age of twenty the opportunity to experience an international competition against some of the best youth skippers from around the world including the United States, Japan, New Zealand, Italy, France, Germany and the United Kingdom.

The event was first sailed in the Yngling class before the club purchased a fleet of six Elliott 5.9’s in 1994. The introduction of the Elliott 5.9’s received unreserved praise from the skippers and crews and it became obvious that the International Youth Match Racing Championships would be recognised as the one of the premier events on the World Youth Match Racing circuit. In the interest of being at the forefront of youth sailing and the match racing discipline, the Royal Prince Alfred Yacht Club developed a new fleet of purpose built Youth Match Racing boats. The fleet of ‘Elliott 7’s’, performance keelboats were introduced last year and it was quickly realised that the boats were the perfect match for the event.

The event has proven to be a fine training ground for outstanding young sailors who have gone on to sail in the America’s Cup, World Match Racing Tour, Volvo Ocean Race, World Championships and Olympics. It goes without saying the climate, the pristine waterways,The Royal Prince Alfred Yacht Clubs vision to be at the forefront of Youth Development and the match racing discipline, attracts many of the most talented youth crews from around the world. The popularity of the event is reflected in the demand for places in the team line-ups and in the ever broadening geographic spread of competing nations.

The International Youth Match Racing Championship is a match race regatta, comparable to the America’s Cup. The sailors race head-to-head in direct competition. Unlike the America’s Cup, the Harken International provides sailors with equal boats so it is more a test of sailing ability than design, materials and development.

The “HARKEN”, as it is now known by aspiring young sailors from around the world, will see RPAYC host the event for the 28th year (2022) since inception.

The Harken International is certified Grade 3 for World Sailing match race rankings. The event will be sailed in the RPAYC’s Elliott 7m fleet of performance keelboats with a crew of four/five. Racing will be conducted on the beautiful waterways of Pittwater on Sydney’s Northern Beaches.

Ten international teams will compete at this year’s event with crews of four/five, all of who must be under 23 years of age.

Robyn Wiltshire presented the Club with a perpetual trophy named the ‘Rockin’-Robin Trophy’.

Robyn presented the trophy in memory of her husband Grant and son Robert, Andrew Young and Jeff Smith, all Club members who tragically lost their lives at sea aboard the yacht ‘Rockin’ Robin’ whilst on passage to Fiji in 1990.

Many Club members provided financial assistance and volunteered their time to help with the Search & Rescue, after the group was spotted next to their partially submerged yacht approximately 200 nautical miles off the Australian Coast.

Even after an extensive Search & Rescue lasting more than one month, the sailors or the vessel were never sighted again. 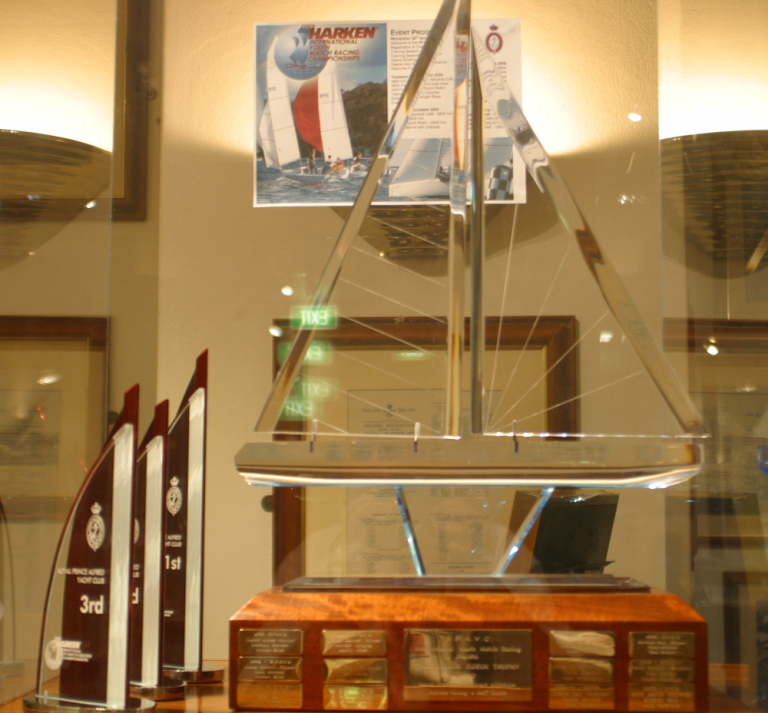 Royal Prince Alfred Yacht Club is situated on the beautiful stretch of water named ‘Pittwater’, on Sydney’s Northern Beaches. ‘The Alfreds’ as it’s known by locals and members, has a long and colourful history and is one of Australia’s most successful and prestigious yacht clubs. The Club is approximately 40 minutes from the Sydney CBD and 50 minutes from the International airport.

The club was formed on October 15, 1867 and borne Royal affirmation in 1911. In its 150-year history, the RPAYC has continued to grow and prosper to its present splendid position, offering guests one of the finest facilities in Australia. The club has more than 1800 members and houses the largest modern floating marina in New South Wales.

The Club boasts one of the finest yachting histories in Australia with many Olympic medallists, Volvo Ocean Race sailors, America’s Cup sailors and World & National Champions amongst its members. The Club is also the home of the RORC’s prestigious Admiral’s Cup.

The Club’s hospitality is recognised throughout the community. During the event, RPAYC families will billet and house competitors from around the world providing them with great Australian hospitality. This generosity helps competitors and clubs keep their overall expenses down. The week’s activities include breakfast in Halyards café and a formal awards ceremony and dinner, giving competitors the opportunity to rekindle old friendships and develop ever-lasting new ones.

The hull and deck shells are constructed using E Glass fibres over PVC foam and coremat. The internal structure is female moulded, solid fibreglass. All components are engineered to exacting standards to ensure strict control of weight and provide a strong, stiff, durable and light yacht. Ease of operation and low maintenance are prime considerations in the construction of all components. All equipment is selected from recognised suppliers with good worldwide service coverage.

The strategic placement of all controls around the cockpit allows for ease of use by skipper, mainsheet/traveller trimmer, jib trimmer and bowman. Halyards, vang, tack line and control line for the retractable bow pole are controlled from the base of the carbon-fibre mast. Trimming position for mainsheet and traveller is just in front of helmsman, and jib sheet winches are well forward. Hiking straps run the length of the cockpit. There is a removable bowsprit so that the boats can be sailed with the option of spinnaker or gennaker. There is a pit forward of the mast for the bowman and for sail stowage. The keel fin, which is retractable, is constructed of carbon fibre with a lead bulb incorporated. The rudder, which is removable, has a carbon fibre stock, foam and glass blade.

Mast and spars are built by Southern Spars. The mast and boom are of a modern design, constructed of carbon and aluminium materials, using state of the art engineering. The mast is designed to be lightweight but still retain standard operation safety factors as normally expected in this type of rig. Mast assembly is consistent with common practices, to enable easy maintenance and service. The rig has been designed to allow for effortless assembly, stepping and tuning. 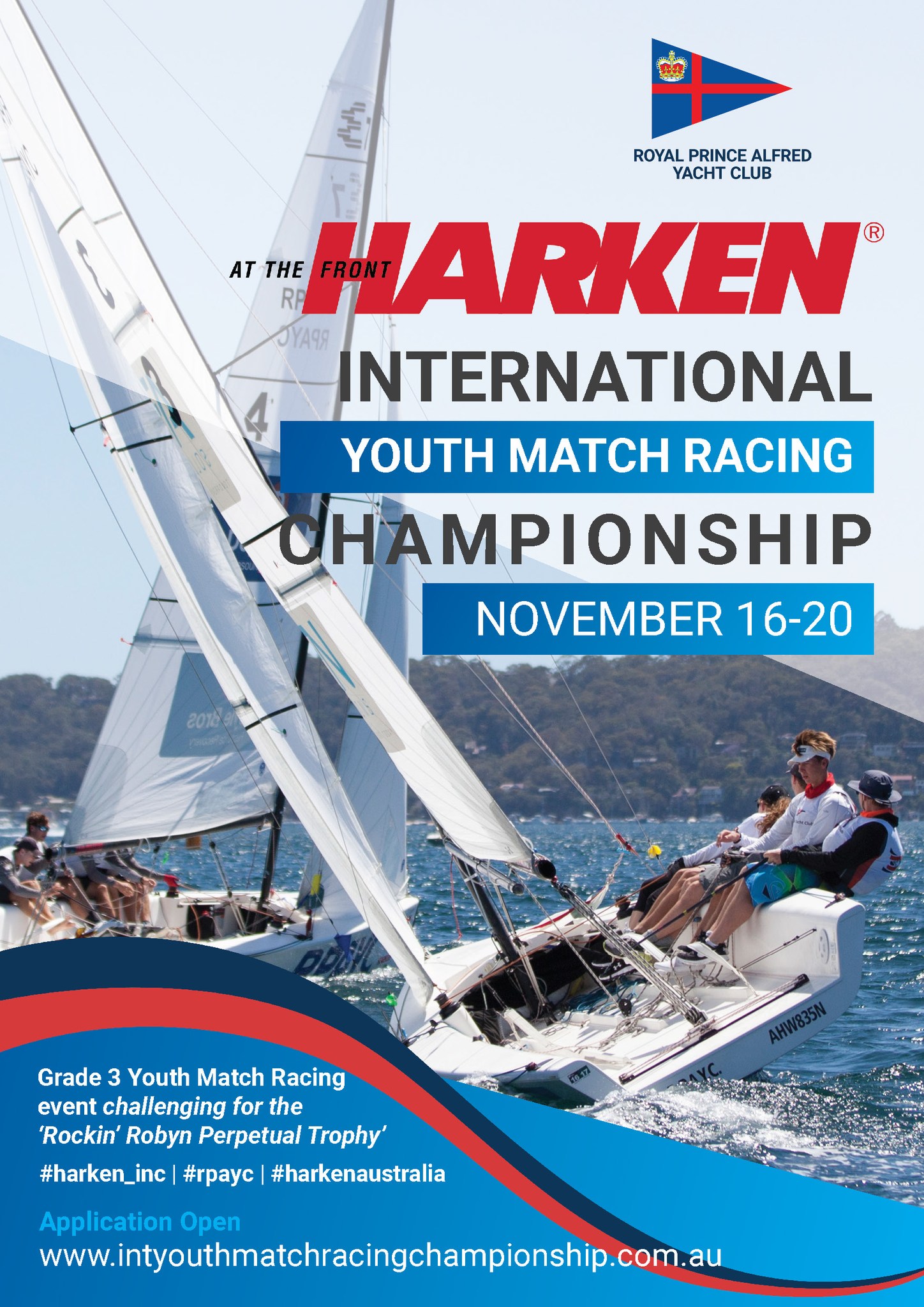