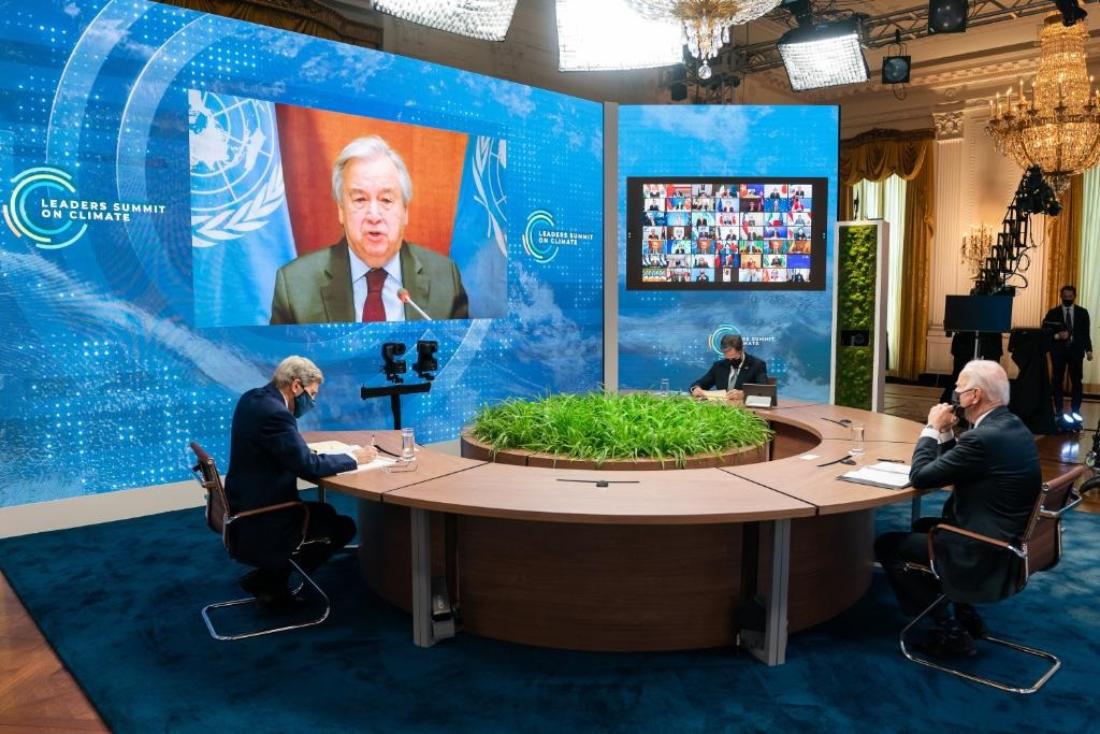 About 18 months ago, before the pandemic, before the historic US election, I changed my life from working on energy technologies that will contribute to the climate solution, to working on the politics, the policy, and the communications side of Climate Change. I founded Rewiring America with Alex Laskey, another successful energy entrepreneur, to advocate for more aggressive climate policy and to work on regulation fixes, industrial capacity building, community activism and low cost finance, 4 things critical to solving climate change in an economically beneficial way that deeply understands that you don't solve climate change if only half of the people can afford the solution. I wrote a book "Electrify" which will be published by MIT Press in October which outlines the audacious task ahead if we are to beat 2 degrees and the wartime level of effort required.

Alex and I talked to many of the advisors and teams of the 2020 candidates, and I had even rented a home in Washington DC where my whole family was to move so that Alex and I could spend 2020 walking the halls of US Congress to sell a positive story of American abundance if we were to reframe the climate solutions as a pathway for infrastructure and civil rebuilding and economic renewal instead of selling the tired 1970's environmentalist trope of scarcity, reduction, efficiency.

Alas COVID-19 locked the US down before I made it to DC, and we retreated to Zoom meetings and video advocacy. Our ever expanding group of volunteers started building coalitions and partnerships with the myriad of other passionate groups trying to move the needle on Climate. We modelled the positive effect we could have on jobs (creating 25 million short term and 10 million long term new jobs in the US) . We modelled the economic benefit that would be realised by households - families - if we got all the pieces of technology, policy, scale, and finance right. Every home in the US should end up saving thousands of dollars on energy every year - if only we commit to doing it thoughtfully.

But COVID got worse, horrible racism precipitated the Black Lives Matter movement, life deteriorated in the US and I found it best to move my family back to Australia, where I was born, and where my kids could go to school in person. I made terrible jokes to my American friends once I was back in Oz, but before the US election, that it was nice to have returned to a functioning first world democracy. I was discouraged by the US primaries and the defeatist tone that surrounded any mention of climate change. I started to build a new world view that Australia could lead the world on climate action, with positive household economics on the back of our rooftop solar boom. I engaged with the people at Beyond Zero Emissions and their efforts to help Australia see the giant opportunities in decarbonizing.

When Biden was elected I didn't have any confidence that we'd get the level of climate ambition required. Through Rewiring America we continued to push policy and technology recommendations for massive household electrification - the cars, the furnaces, the water heaters, rooftop solar, batteries, dryers, vehicle chargers, even critical yet invisible technologies like smart circuit breakers.

Expecting the usual political puffery around Earth Day I had anticipated that this week I would have to come out and criticize the very governments I had been trying to help all year. I'd imagined that they would couch net zero by 2050 as a good enough climate target and not-quite-solutions like carbon sequestration and a hydrogen economy.

Biden came out and said it. I'm not sure very many people realise the importance of that number, and the audacity of it. To have any chance of 2 degrees this is the right target. This is science based policy. And because while we know it is possible to achieve, like flying to the moon should be possible, we don't yet know how to build all of the pieces of the rocket. This is finally a moonshot, only better, being earth day, it's an earthshot. A heroic effort in service of the earth. It also fits with my theory of change that unless the US goes big, and goes hard, we wont drop the costs enough to make this the model for development needed in the giant markets of China and India. Every country needs to chase that target and the wealthier, luckier, and more competent must lead.

In essence 50% by 2030 means no new fossil infrastructure. No new fossil resources. Every new electricity generator needs to be nuclear or renewable. Some of the dirtiest fossil plants will have to be retired early. Additionally we'll have to double or triple the amount of electricity we generate to absorb the electrification of vehicles, and the electrification of our buildings. There is no new gas infrastructure in this target. There are no new export terminals. We need massive investment in vehicle charging infrastructure and electric vehicles need to become the standard, not the niche. We need homes that don't have a connection to natural gas or any other fossil fuel. We'll need to do lots of retrofits.

Churchill called Roosevelt in 1939 to warn him of the grave threat of Hitler and to request of Roosevelt that America build the munitions to win the war as Britain didn't have the industrial capacity. It took a couple of years for Roosevelt to garner the political support to commit America to building "the Arsenal of Democracy". This industrial coalition that made the guns, the tanks, the bombs, the ships and the airplanes that won the war for the allies. I had anticipated that it would take the Biden administration a few years to commit at this level to win the war against climate change, and that it would only happen if they won the 2022 mid-terms. But Biden got there in months, and not a moment too soon. The world's climate scientists have been that panicked Churchill for a decade now and we finally have our FDR.x

I am impressed. I am delighted. The first ambitious and science based climate commitment by a major world emitter bent on beating 2 degrees. Kudos team Biden. Go America. Let me know where to sign up to help.

As for the Australian government? Yet another piss-poor no show of inactivism and excuses and vagaries that pass with a confused public as giving a shit. It could have been different. We are actually leading the world on rooftop solar deployment, and grid tied batteries. We are on one of the better tracks in terms of utility policies and distribution. With decent EV policy, electrification of our homes, and a higher level of federal commitment including a partnership with Australian industry to mine the copper, silicon, aluminium, steel, lithium and even uranium that the world will need to hit this target (and to use cheap domestic renewable electricity to process it into high value added products) Australia could have shown the way for America, and stood proud on the world stage as an innovator, as a visionary, and as a protector of the world's children.