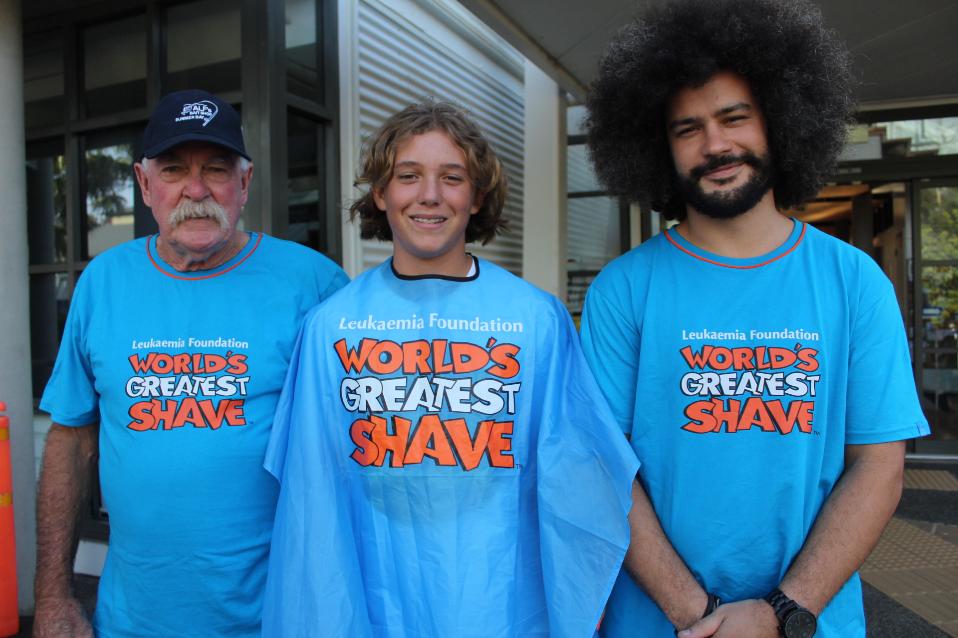 On Friday Newport teenager Sebastian Brown and Brian Friend (Friendly) plunged into losing a little hair for a great cause.

Seb said he decided to be part of this year's World's Greatest Shave for the kids who experience leukaemia, 'but also for their families, this impacts on them too. In fact (I'm doing this) for all people affected by cancer."

"It's just cutting your hair off - it's not going to matter much in 20 years time."

Friendly may have had a different perspective - his 'mo' has been a part of his life for well over two score and something years...while Doug has been cultivating that halo of hair for a while too and may require a beanie in his period of hairless adjustment.

They all went ahead and came out grinning, laughing - their fan bases stoked with what they have done.

Between them they have met the fundraising targets they set and then some - Friendly exceeding his goal line by almost three times what he thought people may chip in. Not only that, his wonderful wife Robyn and Team Friendly found 20 sponsors in the neighbourhood who put up great prizes for a raffle and when he was looking like he may be getting close to losing that Mo the 'Flower' as Friendly calls her started spruiking kisses for 20 cents!

Some pictures to show how it all unfolded:

The year 9 Pittwater High School student was supported by a fan base;

Seb steps up to the Friendly mark;

but Seb doesn't mind at all;

he has the crowd smiling back at him; and the next-generation documentary makers backing him;

Chortle in the background  Mr. Friend - soon your moustache will be following this Worlds Greatest shave trend;

that 'ummmmm... wonder if I can ... turn this into something useful' moment;

Sebastian hoped to rais 1 thousand dollars - he exceeded that!

That hairy upper caterpillar that's been lingering for 43 years is about to cause a grown man to shed it, but no tears....

He steps up, and sits down;

The MO to GO commences through granddaughters employing the necessary tools;

Just let me get that bit there;

he chooses to close his eyes;

SAnd opens them again - t may be time to call in the World's Greatest hairdresser instead - this is going nowhere fast (he's not sure how long his upper lip may last ! ) ;

Ok; we'll let the Greatest Hairdresser have a go;

With That Mo half gone, he's still grinning;

Bravely stares down a moustache-less future....

With most of that MO GOne;

His supporters finally see Friendly the shorn - what a beautiful picture!;

Just when he thought 'well, that's done' .... Kylie reappears with some of that 'shaving cream' stuff... to make him look even better;

Come on old son - let's get this done;

The good wife, young Robyn takes this as an opportunity to commence spruiking 'kisses for 20c' - after some ignoramus in the crowd points out that's unlikely to garner more cents for Worlds Greatest Shave as 'it's a bit rich!' the price quickly drops to 5 cents - band more $ for the World's Great Shave rattle into that tin -

And suddenly it appears - that moment Robyn has been dreaming of for years (43 in fact) - a spikeless kiss for her and all her granddaughters;

Mo To Go,  Kylie Leach, Ros Verrills, Deb Wiltshire and  Kathleen Feehely and Tina and Karina helped Robyn with the selling of and handing out of raffle tickets - Fabulous raffle prizes from and Friend Family thanks go to:

Some of the Mo to Go Team;

The raffle board of granddaughters;

Doug is a nephew of Robyn's and Friendly's - doing for others is what this family is all about.

Doug explained, "Cancer has unfortunately been a big part of my life and I don't have enough fingers to count family members and friends fighting or passed on from it. Losing my uncle the start of last year made me decide to do it. And my mates wife Stacey passing mid year along with Ellys uncle really cemented me doing this. Every time I thought of trimming my hair I remember how proud Stacey Laird-Byrnes was that I was going to do it when I told her 29th birthday last year."

Before the shave Doug said "It will be hilarious trying to see clippers get through this mop" and then...

But he's alright - and he's done what he set out to do:

In 2019 the Leukaemia Foundation celebrates 21 years of the World’s Greatest Shave campaign. The World’s Greatest Shave began back in 1998 and is now one of Australia’s biggest and most loved fundraising events. More than 2 million Aussies have taken part over the past two decades, with an estimated 37,5000 kilograms of hair removed!
People of all ages shave, colour, or wax the hair on their head, chest or face – supported all the way by proud family, friends, colleagues and classmates
Some will have a personal connection to blood cancer, while others take part simply to have fun, tick a bucket list box and raise money for a good cause.
Did you know? 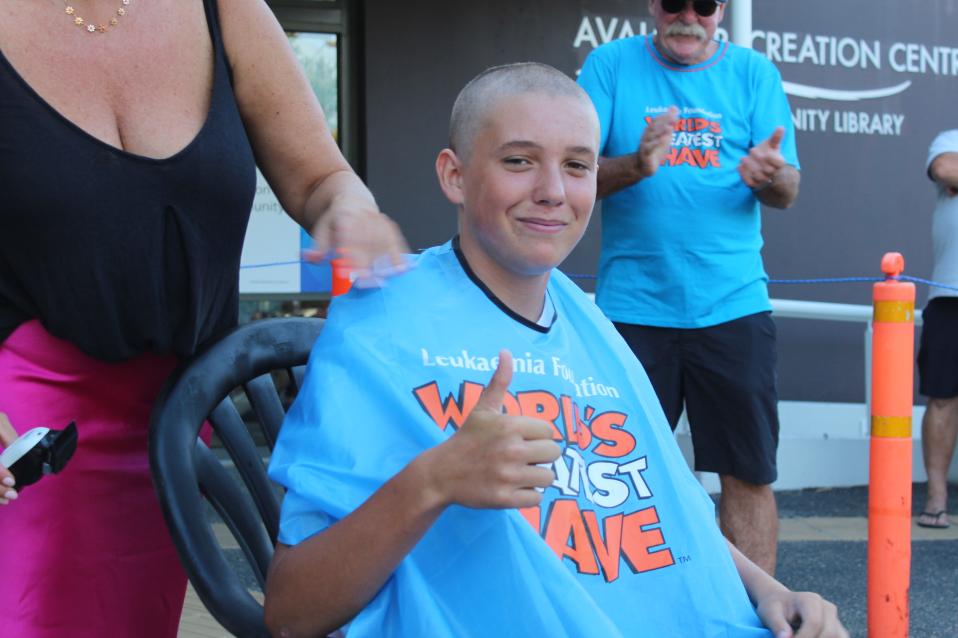