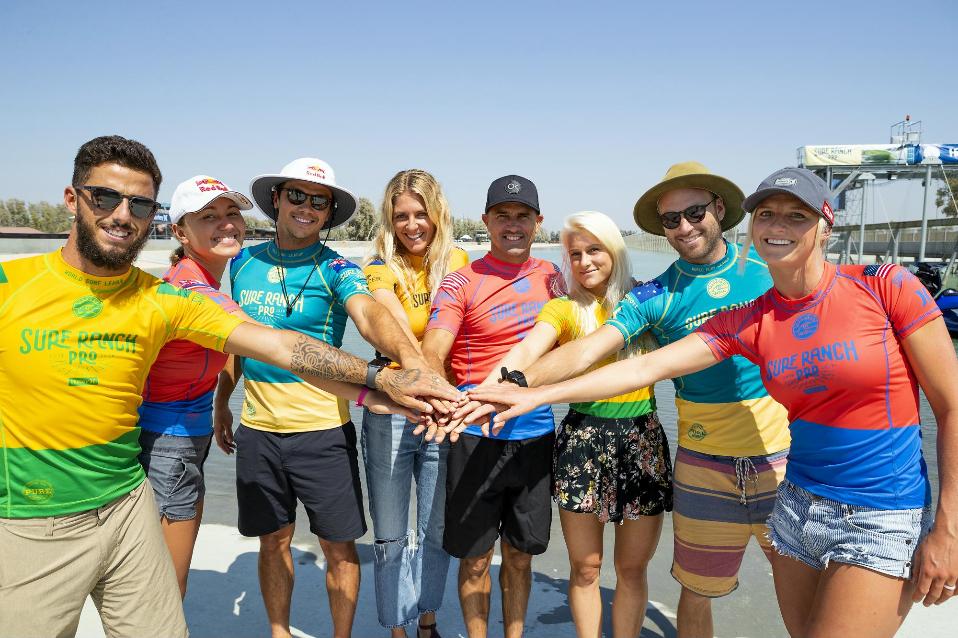 The World Surf League (WSL) today announced that it will award equal prize money to male and female athletes for every WSL-controlled event in the 2019 season and beyond, becoming the first and only US based global sports league, and among the first internationally, to achieve prize money equality. The WSL is proud of its commitment to gender equality, and proud to join other organizations beyond the world of sport reaching this important milestone.

WSL CEO Sophie Goldschmidt said, "This is a huge step forward in our long-planned strategy to elevate women's surfing and we are thrilled to make this commitment as we reveal our new 2019 schedule. This is the latest in a series of actions the League has undertaken to showcase our female athletes, from competing on the same quality waves as the men, to better locations, and increased investment and support."

Goldschmidt continued, "This change is simply the right thing to do for the WSL and we would like to thank the many advocates who have worked for decades to help advance women's surfing. We want to be at the forefront of pushing for equality in all walks of life, starting on the waves, and we feel very lucky to have women on our tour who are highly talented, iconic role models, and more than deserve this recognition as they stand alongside our extraordinary male athletes."

Stephanie Gilmore, six-time World Champion, said, "This is incredible, and I am thrilled. The prize money is fantastic, but the message means even more. From the moment current ownership became involved, the situation for the women surfers has been transformed for the better in every way. We have been so appreciative, but this takes it to another level. I hope this serves as a model for other sports, global organizations and society as a whole. My fellow women athletes and I are honored by the confidence in us, and inspired to reward this decision with ever higher levels of surfing."

Kelly Slater, holder of 11 World Championships and 55 Championship tour event victories, said, "The women on the tour deserve this change. I'm so proud that surfing is choosing to lead sports in equality and fairness. The female WSL athletes are equally committed to their craft as the male athletes and should be paid the same. Surfing has always been a pioneering sport, and this serves as an example of that."

Kieren Perrow, WSL Commissioner said, "Today is a huge moment for the sport of surfing. With our 2019 calendar (link below), new season and dates, we are proud to confirm the new prize money equality will be in effect. This covers all WSL-controlled events: the Championship Tour, the Longboard Tour, the World Junior Championships and includes the Big Wave Tour starting on October 1st, 2018 to March 2019. We will be working with our partners at competitions where we don't control prize money, such as certain Qualifying Series events, to achieve equality as soon as possible."

The WSL continues to be one of the fastest-growing sports leagues globally, continually expanding its reach and fan base. WSL content and live coverage is now digitally available in every market and over 100 linear broadcasters now cover its events, including this week's groundbreaking competition at the human-made wave at Surf Ranch. Surfing has also been added to the roster for the Tokyo 2020 Olympic Games, introducing the sport to new audiences.

In further support of its commitment to women's surfing, today the WSL also announces three initiatives which will launch in 2019:

A global marketing campaign to highlight the women's tour as well as increase event viewership and fan engagement.

An local community engagement program for girls around the world, featuring instructional clinics with WSL athletes at each women's Championship Tour stop to inspire the next generation to embrace surfing.

A monthly content series about the pioneering women of surfing, celebrating them across WSL channels, starting next week with seven-time World Champion Layne Beachley.

Appendix The World Surf League has continued to feature the world's best surfers on the world's best waves, creating inclusive, exciting, high-quality events enjoyed by millions of fans around the world. A key focus in recent years has been to increase the investment in women's surfing:

The World Surf League (WSL) is dedicated to celebrating the world's best surfing on the world's best waves through a variety of best-in-class audience platforms. The organization, headquartered in Santa Monica, is a global sport with regional offices in Australasia, Africa, North America, South America, Hawaii, Japan and Europe.

The WSL has been championing the world's best surfing since 1976, annually running more than 180 global events across the Men's and Women's Championship Tours, the Big Wave Tour, Qualifying Series, Junior and Longboard Championships, as well as the WSL Big Wave Awards. The League possesses a deep appreciation for the sport's rich heritage while promoting progression, innovation and performance at the highest levels, and in doing so crowns the undisputed Men's and Women's World Champions across all tours.