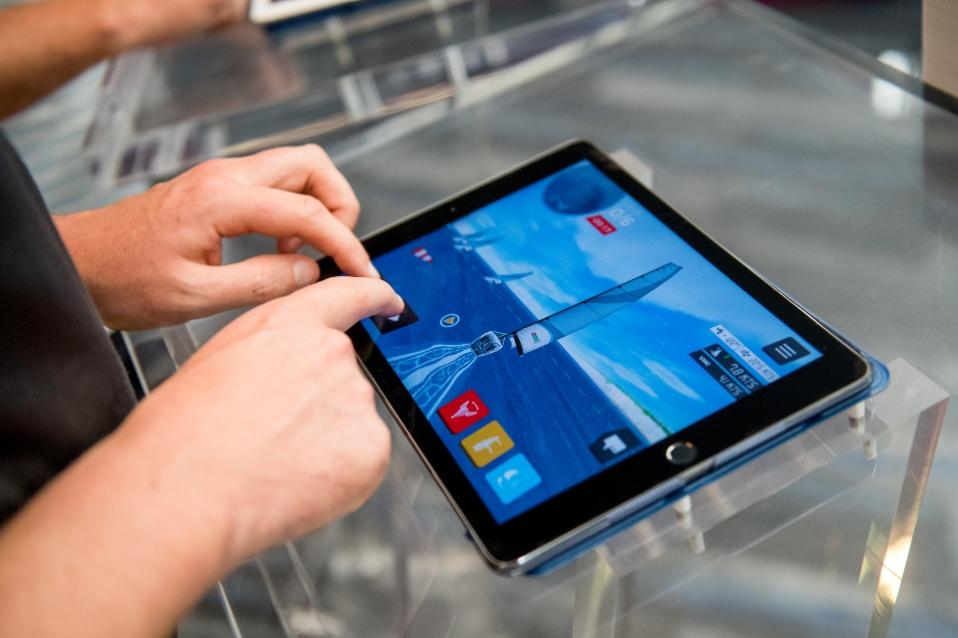 World Sailing is pleased to announce that the Official eSailing World Championship starts today; the game is now available online for millions worldwide to play and enjoy for free.

The game can be played on desktop and via iOS and Android devices by following the links below:

The launch of the eSailing World Championship takes sailing into a brave new world, where the core skills of sailing remain, but the constraints of venue and equipment are removed. Sailing demands constant inputs and an acquired skillset to manage the relationship between the boat and the forces of nature. These unique qualities are all captured accurately in this virtual world and will provide sailors onshore, and fans without access to sailing equipment, to become engaged and inspired by the excitement of sailing.

In partnership with Virtual Regatta, the leading digital sailing platform, the eSailing World Championship will be comprised of a series of weekly Challenges and Play Offs, with the boat types and venues changing on a regular basis. The series will culminate in a Live Arena Final to be held in Sarasota, Florida on the 30th of October.

Governed by the Virtual Racing Rules of Sailing, the 2018 eSailing World Championship open access game will start on the 10th of May and run through to the start of September. Each Challenge will be graded based on the importance of the Challenge with Players earning Ranking points. The top five Players from each weekly Challenge will automatically qualify to the Play Offs.

The Play Offs will bring together the pre-qualifiers and the top ranked Players from the eSailing World Championship World Rankings, until a quota of 1,000 is reached.

The Play Offs will be an online virtual regatta and will last up to 14 days in September.

The top four ranked women and top four men from the Play Offs will qualify for the eSailing World Championship Final. They will be invited on a full expenses paid trip to compete against the best eSailors in the world. It will be held in front of a live crowd on Tuesday 30th October 2018 at the Van Wezel Performing Arts Hall in Sarasota, Florida, USA, and streamed worldwide on a range of OTT channels from Twitch to Facebook Live.

Each Challenge will be held in boats that are internationally recognised with the intricate details that make them challenging to sail on the water, seamlessly incorporated into the game. Players will be able to race on:

Alongside the announcement of the launch, World Sailing welcomes North Sails, the worldwide leader in sail-making, as an Official Technical Partner for the eSailing World Championship.

Speaking at the launch event, World Sailing President Kim Andersen stated, "Sailing as a sport is constantly pushing the boundaries of human innovation and engineering and today, World Sailing is entering a brave new world that is going to revolutionise our sport.

"As the world governing body, World Sailing has a duty to develop and promote the popularity of the sport.

"We are moving the sport into an exciting new future that will inspire millions more to fall in love with a sport that so many of us here hold dear to them.

"Aimed at everyone from expert sailors to sports gamers, the eSailing World Championship will enable sailors on shore and fans without access to sailing equipment or facilities to become engaged and inspired by the excitement of sailing."

Philippe Guigne, Founder and CEO of Virtual Regatta said, "It’s a very big day for Virtual Regatta. We are launching the most ambitious project we have ever undertaken and we are proud to be partnering with World Sailing who have become one of the first International Federations to enter this industry."

Virtual Regatta is the leading digital sailing platform with a community of more than one million players.

Founded in Paris, France in 2002 by passionate sailor Philippe Guigné, Virtual Regatta strives to give everyone the possibility to discover and practice sailing.

Since its inception, Virtual Regatta has created and published an Offshore and Inshore version of the game, mirroring the real sailing world. More than 150 digital competitions have been organised to date with a record 485,000 participants playing in the Vendée Globe.

In addition, Virtual Regatta is the official and exclusive game of major sailing events including the Volvo Ocean Race, Vendée Globe, Extreme Sailing Series and the Star Sailors League.