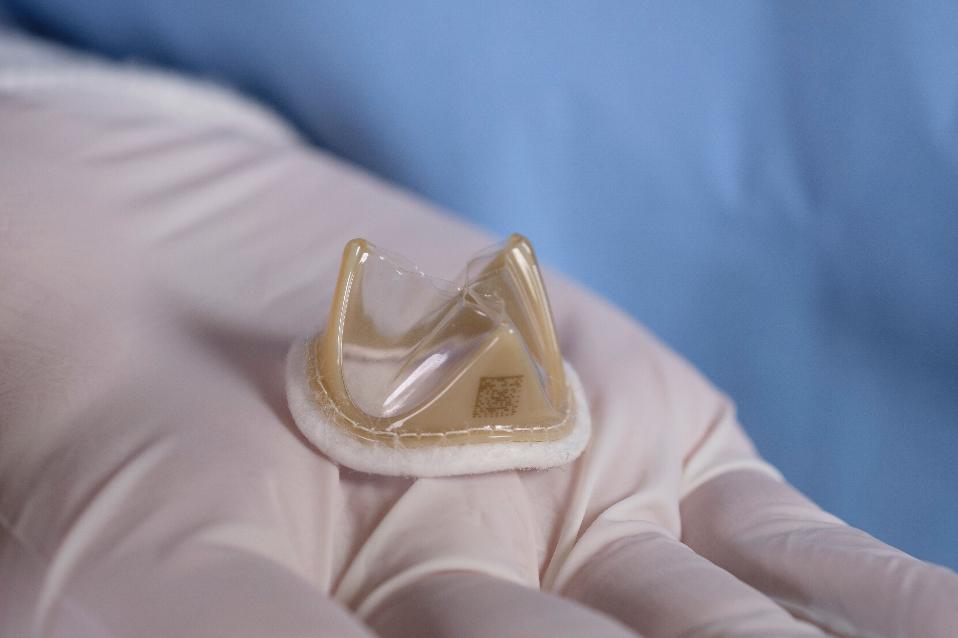 The next generation Tria heart valves are robotically manufactured at volume, providing the highest level of quality and precision, with the design also allowing for future patient customisation

The revolutionary technology, called the Tria heart valve, uses a proprietary CSIRO polymer to create a valve capable of lasting decades without calcification, risk of clotting, or damage to red blood cells.

It is the first time an aortic heart valve made of polymer has ever been implanted in a patient.

The patient is recovering well following the operation in July. Find out more about the patient and the hospital that conducted the surgery.

Aortic valve disease is a congenital or age-related condition where the valve between the main pumping chamber of the heart and the body’s main artery stops functioning properly.

The World Health Organization estimates that heart valve disease affects around 30 million people in the general population of industrialised countries.

“This is a true example of Aussie innovation going global, with our team in Melbourne designing, developing and scaling-up the new polymer," Dr Gunatillake said.

“Tria heart valves are revolutionising the industry as the first and only biopolymer heart valve platform using LifePolymer material, eliminating the use of animal tissue,” Mr Charhut said.

“What makes this so different from other heart valves is that we were able to design the valve to mimic the native valve.”

Beyond heart valves, the next-generation polymer has other potential uses such as coatings for stents, vascular grafts or synthetic membranes for repair of ear drum ruptures.

CSIRO’s Deputy Director of Manufacturing, Dr Paul Savage, said the Tria heart valve is the latest in a long list of innovative polymers developed by CSIRO.

The CSIRO team is in discussion with potential industry and research partners to translate the technology into further applications.