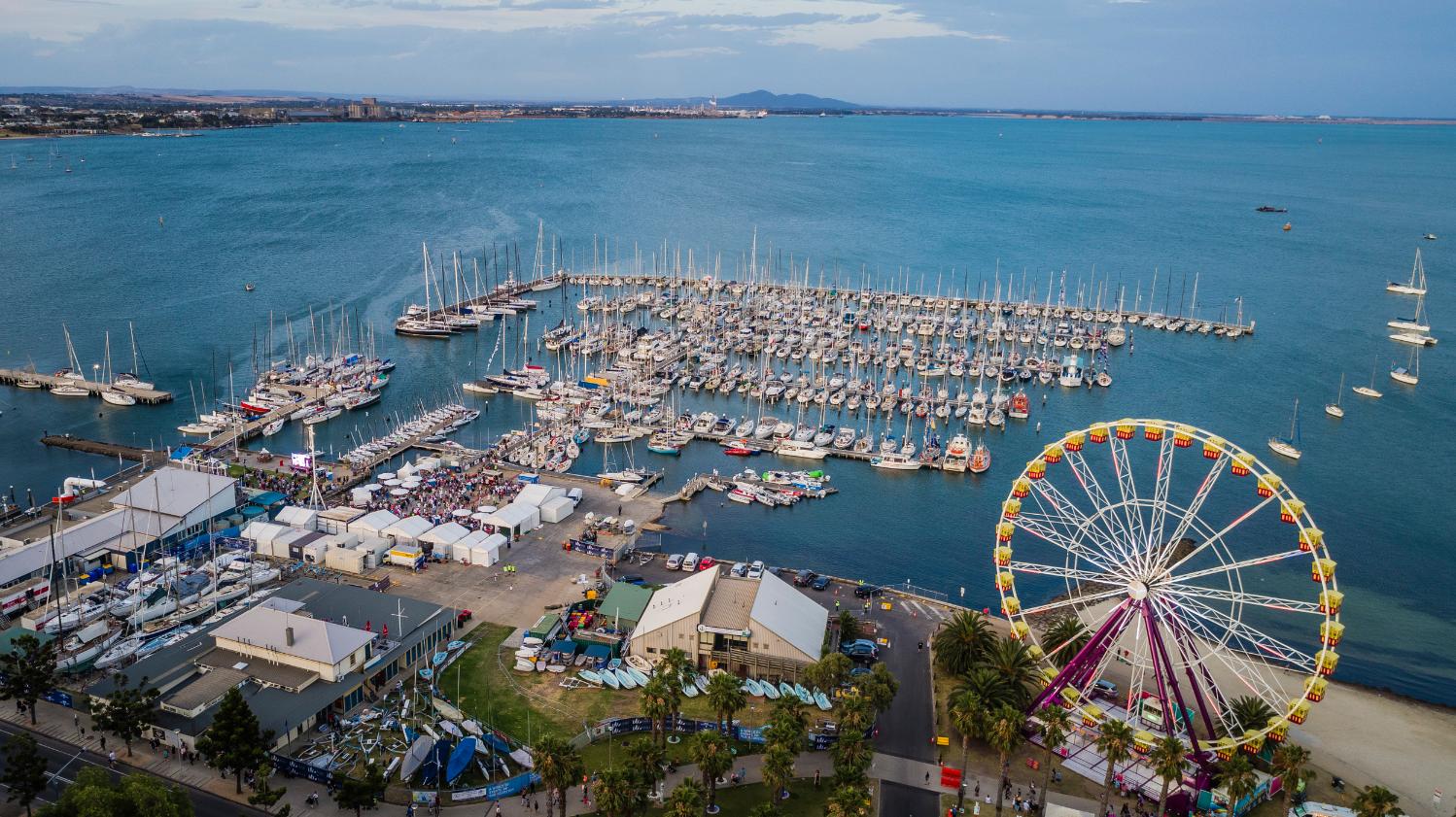 RGYC during the Festival of Sails 2019 - photo credit, Salty Dingo

The proximity of the upcoming 49er, 49erFX and Nacra 17 Oceania and World Championships course area to some of the bushfires currently burning in the southern Australian state of Victoria has stirred the international sailing community to action. Smoke haze from fires in East Gippsland and the state’s north-east have impacted Geelong’s air quality and competitors are all too aware of the devastating fallout from fires now Australia-wide.

Royal Geelong Yacht Club, located along the shores of the vast Port Phillip waterway, will host the 2020 49er, 49erFX and Nacra 17 World Championship February 9-15. The Oceania Championships January 30 – February 3 for the three classes will precede the pinnacle event.

As well as supporting individual sailor’s efforts, the international class association is looking at ways to support organisations fighting fires and caring for those affected by loss, and will soon announce a fundraising campaign. Australian 9er President Chris Manton says, “We know by running a major event we're possibly asking a lot from volunteers and others who may have priorities elsewhere. We are sensitive to this fact and alongside international class representatives we are looking at ways to give back to the local Geelong and Australian community.”

Australian 49er sailor Joel Turner is promoting a Facebook Red Cross fundraiser called ‘International sailors can help Australians who are struggling’. He says, “Thousands of Australians are suffering and here we are going sailing in Geelong and devastation is only a couple hundred kilometres away. Let’s help the locals get through this tough time.”

It has been a hectic holiday season for 49er, 49erFX and Nacra 17 sailors with 2019 World Championship medals presented in Auckland a month ago, and training immediately resuming for the classes’ 2020 world championships. The class association intentionally paired the two championships to maximise the value for international competitors. Class Manager Ben Remocker said, “Pairing Southern Hemisphere world championships gives the best value to Northern Hemisphere teams in terms of time and money, and summer is a fantastic time of year to be racing in this part of the world!”

Australia’s Jason Waterhouse and Lisa Darmanin were back on the water the week following their Nacra 17 bronze medal result in Auckland (video – final Waterhouse/Darmanin race). At the time Darmanin said, “We’ve got a long list of things to do and try, and we’ll be out ticking off what we can. We were happy with starts and speed around the track in Auckland. What’s evident from there is everyone is getting ready to peak; if you make an error you lose places in an instant.”

Manton, who played 49er coach and observer at Royal Akarana Yacht Club over the course of the 2019 world championships, says, “The quality and management of the event was, according to competitors, the best in a long time. RAYC had a very big team of volunteers and a brand-new clubhouse facility which made it a pretty special world championship, and the media and broadcasting were as good as the class has seen.

“Looking forward to our worlds, we think sailors will enjoy Corio Bay’s flatwater sailing and minimal chop, even in a big breeze, and course areas just minutes from where crews launch. For those training on the bay prior to the Oceania Championships we invite them to be part of the MacGlide Festival of Sails regatta over the Australia Day long weekend. We’ll provide access to the regatta village with live bands each afternoon and evening, food trucks and stalls, and the company of thousands of keelboat and centreboard sailors in town for the age-old series, when Geelong really spikes in visitor numbers.”