Bangalley Head - Careel House Koala Loves Music: 1937 - NB: the koala DID NOT WANT TO GO - also worth noting - THERE WAS A FOOD TREE FOR IT AT THIS PLACE

The owners of Careel House, Bangalley Head, the Grieves had a Caesar and as the location of the home was one the local koalas moved to during their annual shifts from food trees in Angophora Reserve to that atop Careel Head- Bangalley Head, they also had koalas: 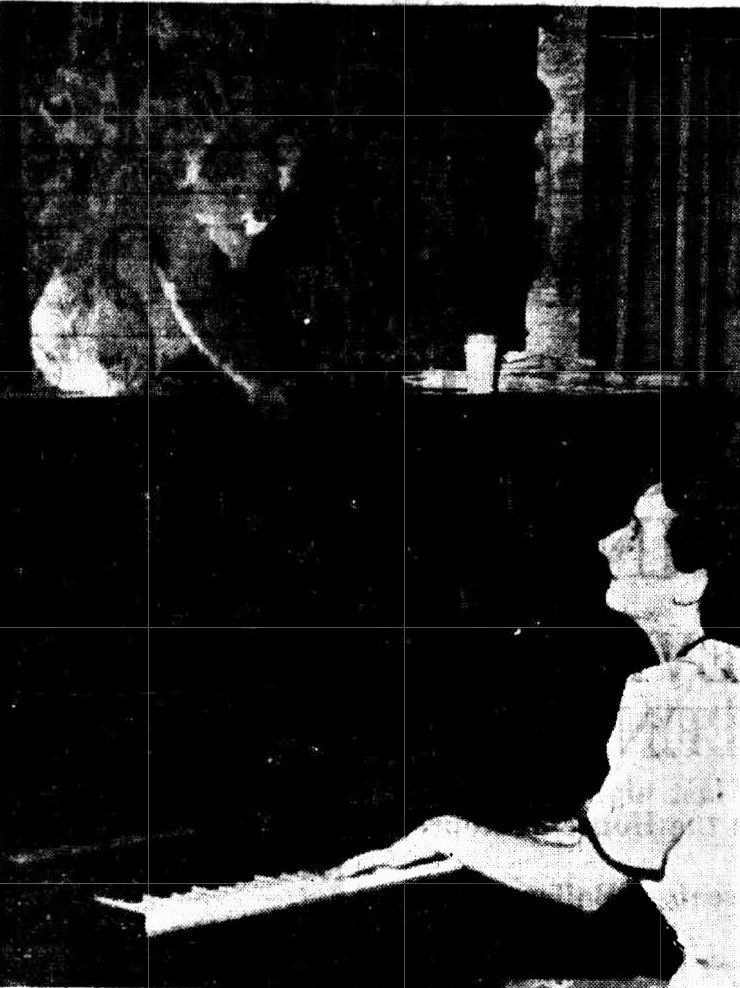 A koala bear last night paid a visit to Careel House, Whale Beach, near Avalon. In answer to persistent knocking shortly after 7 o'clock, the front door was opened, and guests were surprised to find the koala outside. Without inducement the animal entered the lounge, and immediately made itself at ease on one of the chairs. The picture above shows the bear quite at home on top of the piano, which is being played by a guest.

Mrs. C. B. Grieve, the proprietress, obtained a bunch of gum leaves, which the bear ate, unperturbed by the pattings and pettings of its admirers. Twice the "intruder" was placed on the terrace so that it might return to the gum trees which surround the house, but twice it demanded re-admittance. After a "visit" of nearly three hours, the bear consented to leave. KOALA LIKES MUSIC (1937, October 25). The Daily Telegraph (Sydney, NSW : 1931 - 1954), p. 2. Retrieved from http://nla.gov.au/nla.news-article247228753

NSW koala protections back on the political agenda for 2021

"KOALA AN ASSET."  Plea for Preservation.

Two of five koalas injured in bush fires at Newport on Saturday have died from exhaustion. The three bears which remain are being treated at Koala Park. The secretary of the Koala Club of Australia. Mr. Frank L. Edwards, said yesterday that, during 1937 and 1938, the club had participated in the rescue of nine maimed bears from the Pittwater district.

"At this rate," he added, "the animals will vanish from that district in three or four years. As there are not 200 of them left in New South Wales, this is a tragedy. Koalas, one of our best animal assets, are allowed to stray to their rapid destruction, as in the Pittwater district while the law requires that other stock be paddocked.

"If we lose them." Mr Edwards added, "twould be of little use to talk of stocking up with koalas from elsewhere. The States are  already refusing to transfer koalas and, In any case, the Queensland and Victorian native bear's are different types from ours."

The 'possums, in their different forms, are so widely distributed that they may in all truth be said to be the commonest of our wild animals. Brush-tail, ring-tail, and "flying squirrel" occur just as freely in and adjacent to the cities as in deep forests and open bushlands, though being nocturnal they seldom force themselves upon our notice.

Scattered throughout the State are districts which might well be termed strong-holds of wild life, where native animals are still plentiful. These places are not necessarily remote from towns or cities, not quite often close to them, and one I have in mind, and one of the most interesting of its kind, is the area of well wooded hills overlooking Pittwater and the sea, behind Avalon Beach, A friend muted me there for the week-end recently, and It happened to be a time when the moon was past the full, but for all that seemed to yield a more brilliant light, and rarely have I seen the bush so crisp and ornamental as on this night of sparkling luminosity.

What a lot of beauty we miss at night by living in cities. And what a lot of fascinating life moves beyond our ken under cover of darkness, the presence of which we suspect and only rarely see. Creatures whose ways and movements are shielded beneath the shadows of night nave a peculiar attraction, probably because human beings, not having "night eyes”, can never really understand them and something that we can't quite master is always attractive.

The stately spotted gums and wattles in front of the cottage yielded the sight of “flying squirrels" moving actively up and down the branches and parachuting from one tree to another as fancy took them. Ringtails also tenanted the trees. But the larger brush-tailed varieties came boldly over the ground and climbed a stump where their human friends had placed some food. I did not have the good fortune to see a native bear, but the koala is well known here, and, in fact, one came to the cottage the night after I had left. Avalon is one of the few remaining places where the koala can be seen in the wild state. It must be rigorously protected here, and would-be captors or destroyers kept away with flaming sword. The residents and regular week-end visitors are justly proud of the richness of the district's fauna, and thus are the best kind of "rangers."

Mr. A. J. Small, of Martin Place, recently told me two curious stories about possums, each of which had also to do with a cat. I had never heard of a possum doing battle with a cat, though the larger kinds are pugnacious enough. At any rate, Mr. Small told me that his cat at Avalon Beach had a fight with a possum and apparently came off worst, as the side of its face was badly torn by the possum's claws. The wound turned septic and caused a lot of trouble. In this case the cat probably attacked the possum, which retaliated to good effect.

The other story concerned a possum at Mr. Small's home at Wollstonecraft. He went out the back door one day and was surprised to see in broad daylight a possum and a cat sharing a plate of bones on the door mat. Neither animal showed any resentment of the other's presence. Mr. Small blames possums for making a mess of garbage tins, which they visit at night in search of food.