Technology, International Bonds, And Inspiration: Why Astronomy Matters In Times Of Crisis 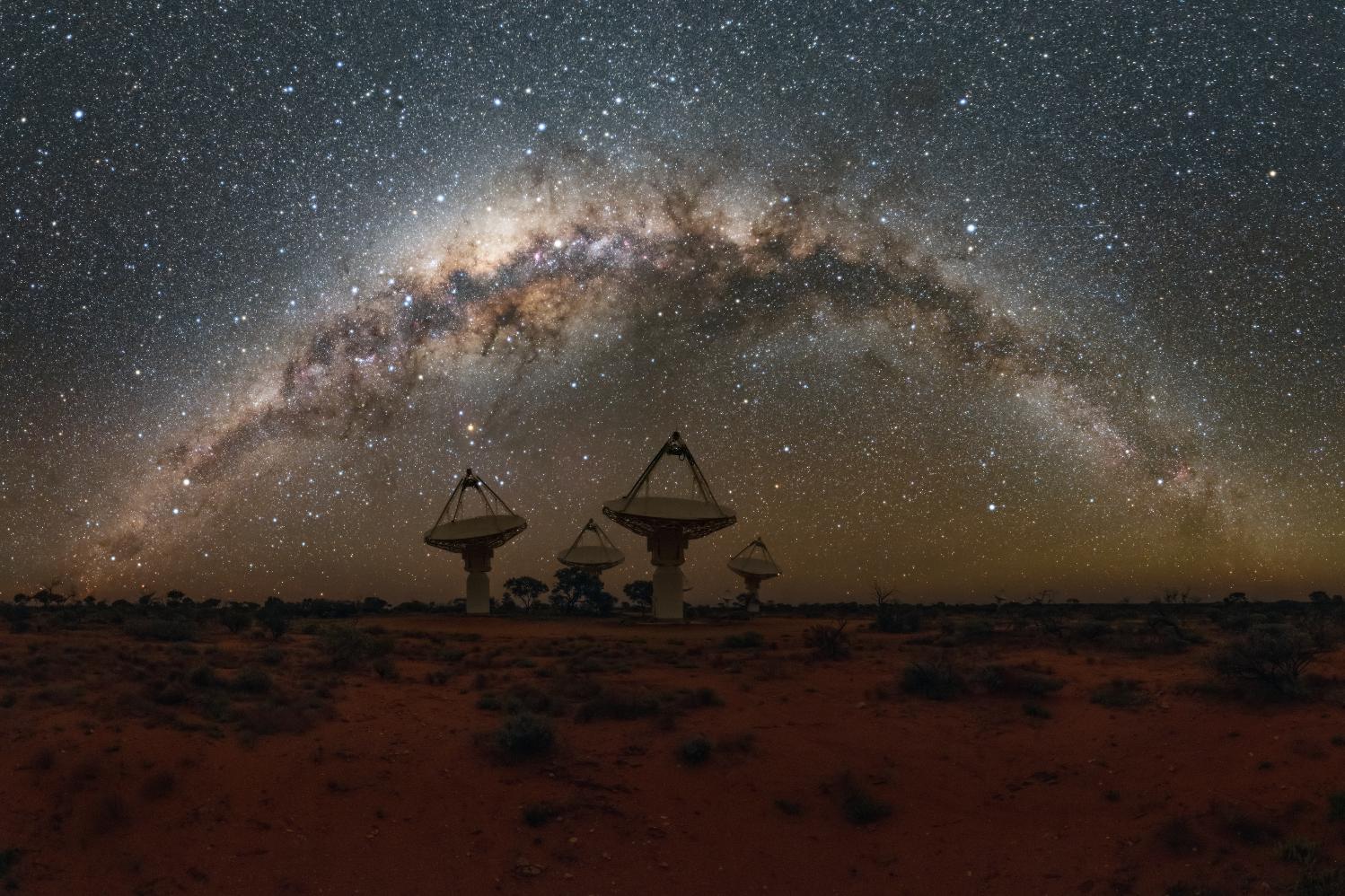 In an international emergency like the present one, you might expect the science of the stars to be the last thing on people’s minds. The problems facing both individuals and governments are infinitely more pressing than events in the depths of space. People are suffering unprecedented hardships.

Yet throughout history, astronomy has shown extraordinary resilience in times of crisis and has kept public support. Today, that resilience will be needed as a major international project, the Square Kilometre Array (SKA), is on the brink of construction.

The SKA will be the world’s largest radio telescope, and Australia will play a leading role in building and operating it. How can this benefit a nation focused on containing a global pandemic?

History shows the science of the stars is no stranger to crisis. Indeed, modern astronomy was born in a time of deep conflict, when the northern provinces of the Netherlands were engaged in difficult negotiations with Spain after 40 years of war.

In 1608, the fledgling telescope came out of obscurity in the hands of Dutch spectacle-makers, and its possibilities for astronomy were recognised. When news of this optical novelty reached Galileo Galilei in Padua the following May, he set about improving it – and the rest is history.

By the turn of the twentieth century, astronomical infrastructure had become big business, but two World Wars caused major disruptions. New telescope proposals were put on hold as manufacturers turned their hands to gunsights, rangefinders, binoculars and other “optical munitions”.

During the Second World War, one British company actually buried the 1.5-tonne mirror for a new South African telescope in a field to avoid possible bomb damage. While delivery of the mirror was delayed until 1948, the telescope was a success, and is still at work today.

Similarly, in the United States, the 200-inch (5.1-metre) mirror for what was to be the world’s largest telescope at the time, at Mount Palomar, California, was cast in December 1934, but the instrument’s completion was delayed until 1949. Although it is no longer the largest in the world, the Palomar telescope remains among the most effective.

While hardly comparable to a world war, the present crisis constitutes an emergency of grave proportions, and it is important to put a project like the Square Kilometre Array (SKA) into perspective.

When completed, the telescope will provide radio astronomers with the largest and most advanced facility available to them. With an expected working lifetime of more than 50 years, it will explore the whole 13.8-billion year history of the Universe, yielding many exciting discoveries.

And spin-offs from the technologies under development have huge commercial potential, with tangible benefits for economic recovery.

One of the reasons governments fund research into the study of the Universe is that astronomy pushes technology to its limits – whether it be low-noise radio receivers, complex data management systems or sophisticated computer algorithms. Wifi, for example, had its origins in Australian radio astronomy a quarter of a century ago.

More immediately, the construction of the SKA offers significant opportunities for local companies. The low-frequency component of the telescope will be built at the Murchison Radioastronomy Observatory in Western Australia’s remote Wajarri Yamatji country, one of the most radio-quiet places on Earth.

The project has so far spent $330 million in funding from the Australian and WA governments establishing the observatory and building pathfinder instruments.

And on the wider horizon, “big science” facilities like the SKA require strong international partnerships, with collaboration among the project’s 14 member states representing a further positive outcome. Along with South Africa, where the mid-frequency component of the telescope will be located, Australia can expect its scientific standing to be further enhanced as one of the SKA host nations.

Although technological spin-offs are an important outcome of astronomical research, it is pure curiosity that is the ultimate driver. We are an inquisitive species, and the quest to know is what motivates researchers.

But it also inspires the rest of us with the staggering beauty of the universe and the appeal of scientific understanding. For youngsters in particular, that can prepare them for the jobs of the future, shaping an agile knowledge economy for our nation.

If the lessons of history are anything to go by, the SKA will be unlocking the secrets of the universe long after COVID-19 has subsided into memory. And that will be something of which we can all be proud.