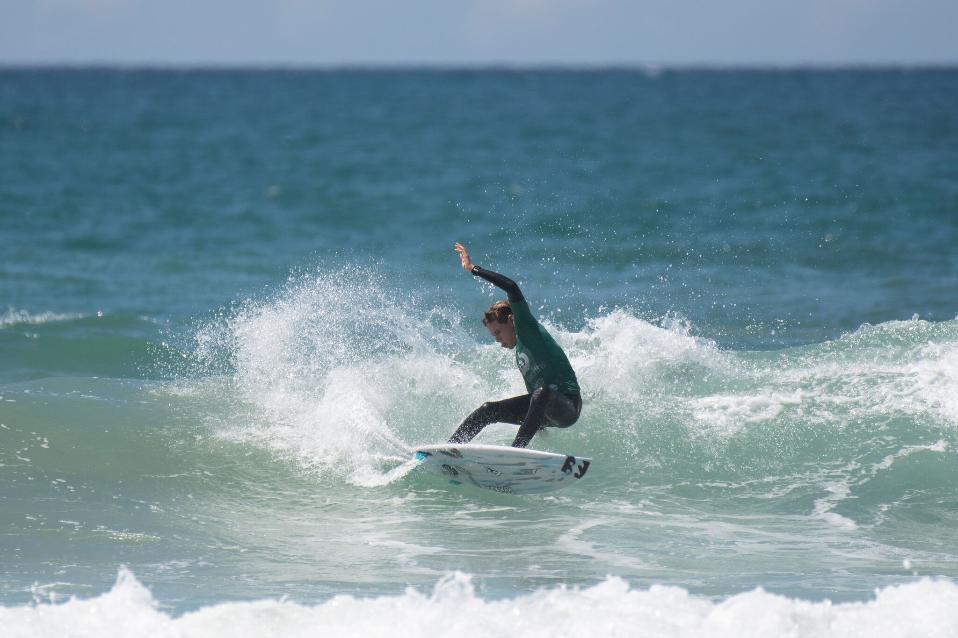 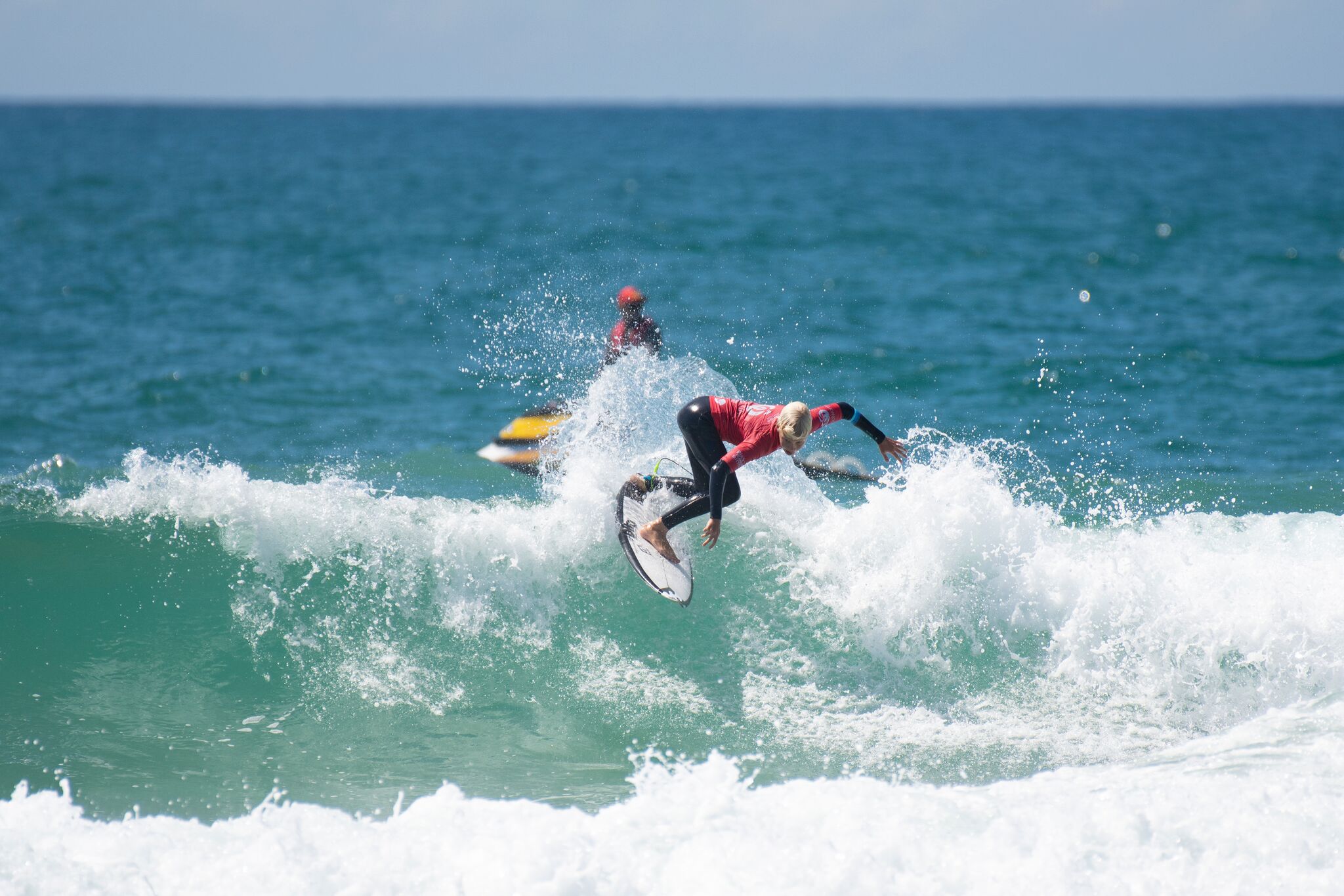 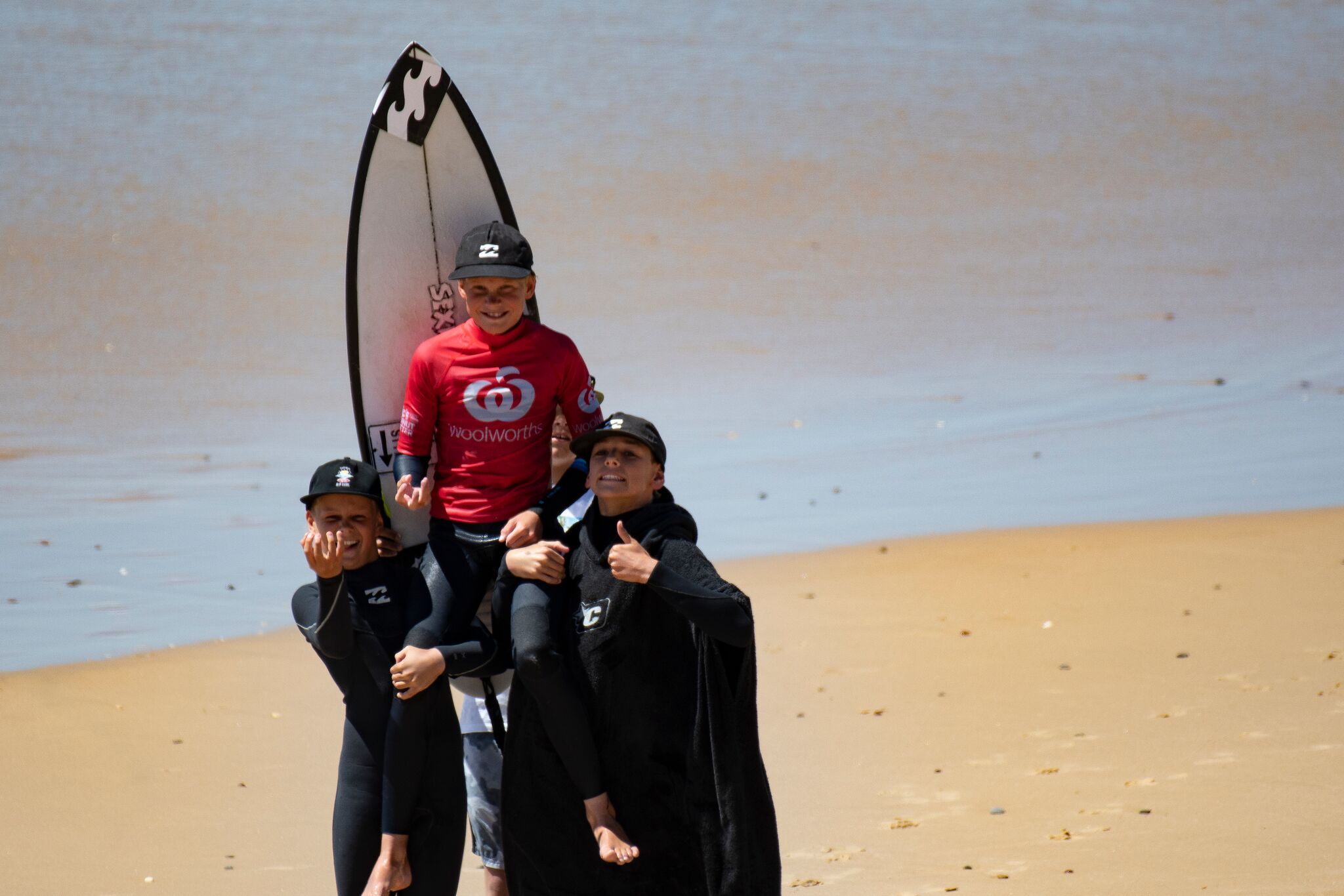 Nina Lawson (Scotts Head, NSW) claimed a clean-sweep of wins across the Under-10 dual finals to earn her place in the winner's circle. Lawson’s campaign hit its stride in the second final when she threw down a decent 13.17 two-wave heat total to cement her spot as the overall champ.

Following his standout performance yesterday, Max McGillvray (Evans Head, NSW) continued his dominance of the Under-10 Boys, nailing a massive 18.03 two-wave heat total. McGillvray surfed well beyond his years, punching out a healthy mix of carves and snaps to leave his fellow finalists needing two-wave combinations to take away his lead.

At only five-years old Leihani Kaloha Zoric (Byron Bay, NSW) showed she was a star on the rise as she dominated the Under-10 Girls division. Zoric took off on a handful of waves that stood well overhead to post a 14.16 two-wave heat total. As a result Zoric was awarded the Pic’s Peanut Butter Performer Award for the second day of competition. 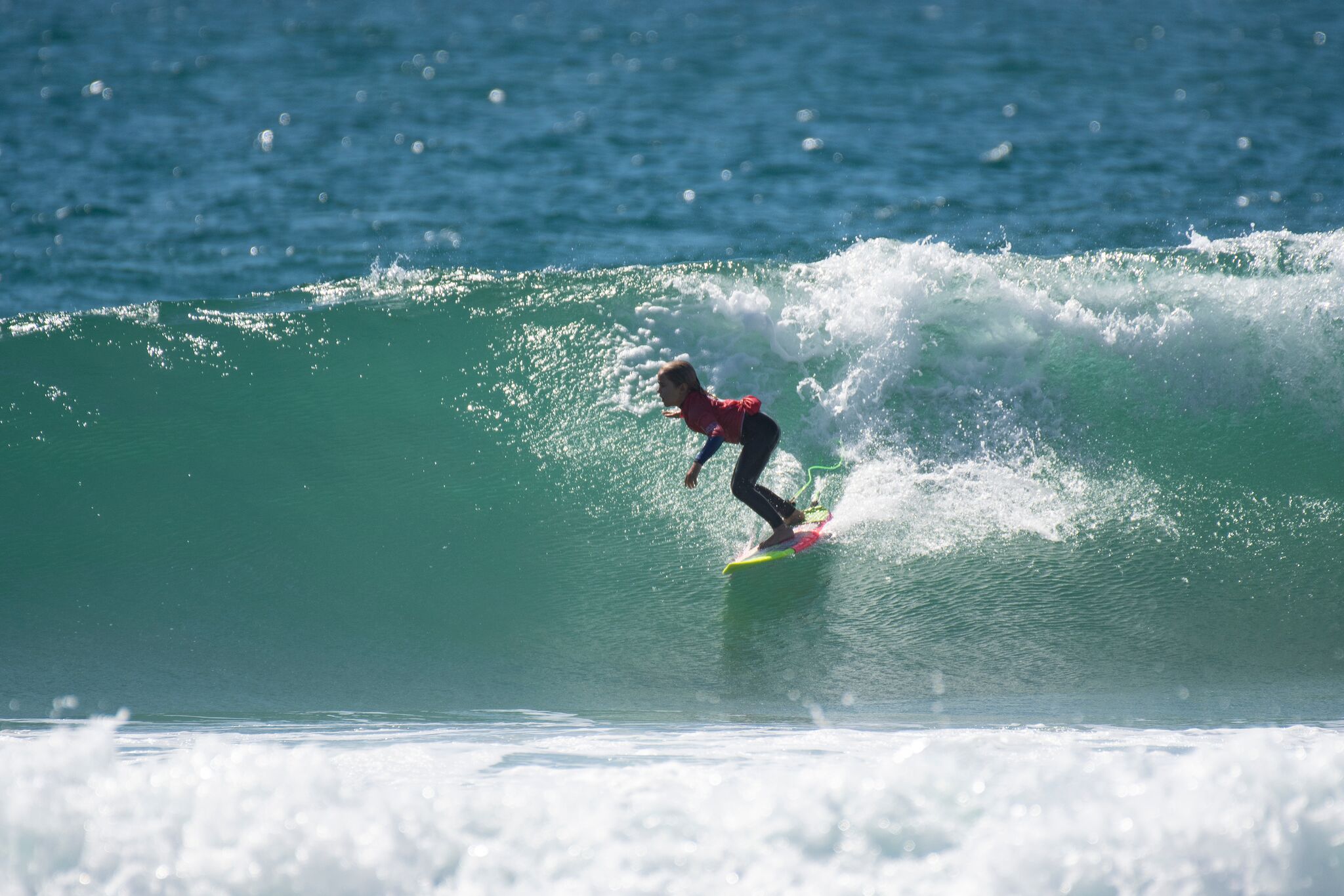 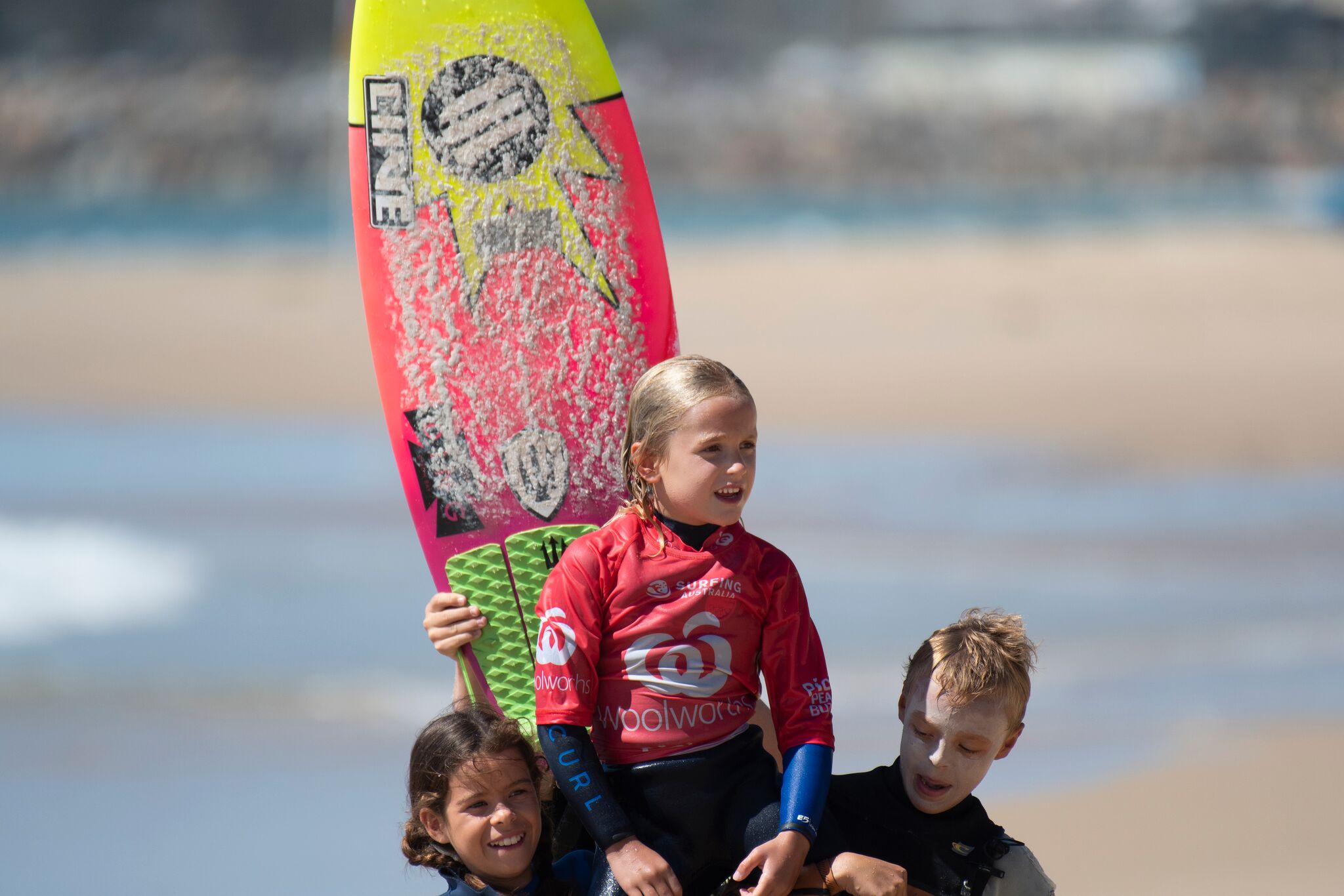 Luca Martin (Coffs Harbour, NSW) ensured a title would remain in the Coffs region, taking out the Under-8 Mixed division. Martin posted a near-perfect nine-point ride to keep his fellow finalists at arm’s length and claim the win ahead of Jasper Glossop (Broadwater, WA) who finished in the runner-up spot.

The main base for event three of the Woolworths Surfer Groms Comps Series presented by Pic’s Peanut Butter was Macauleys and Park Beach. 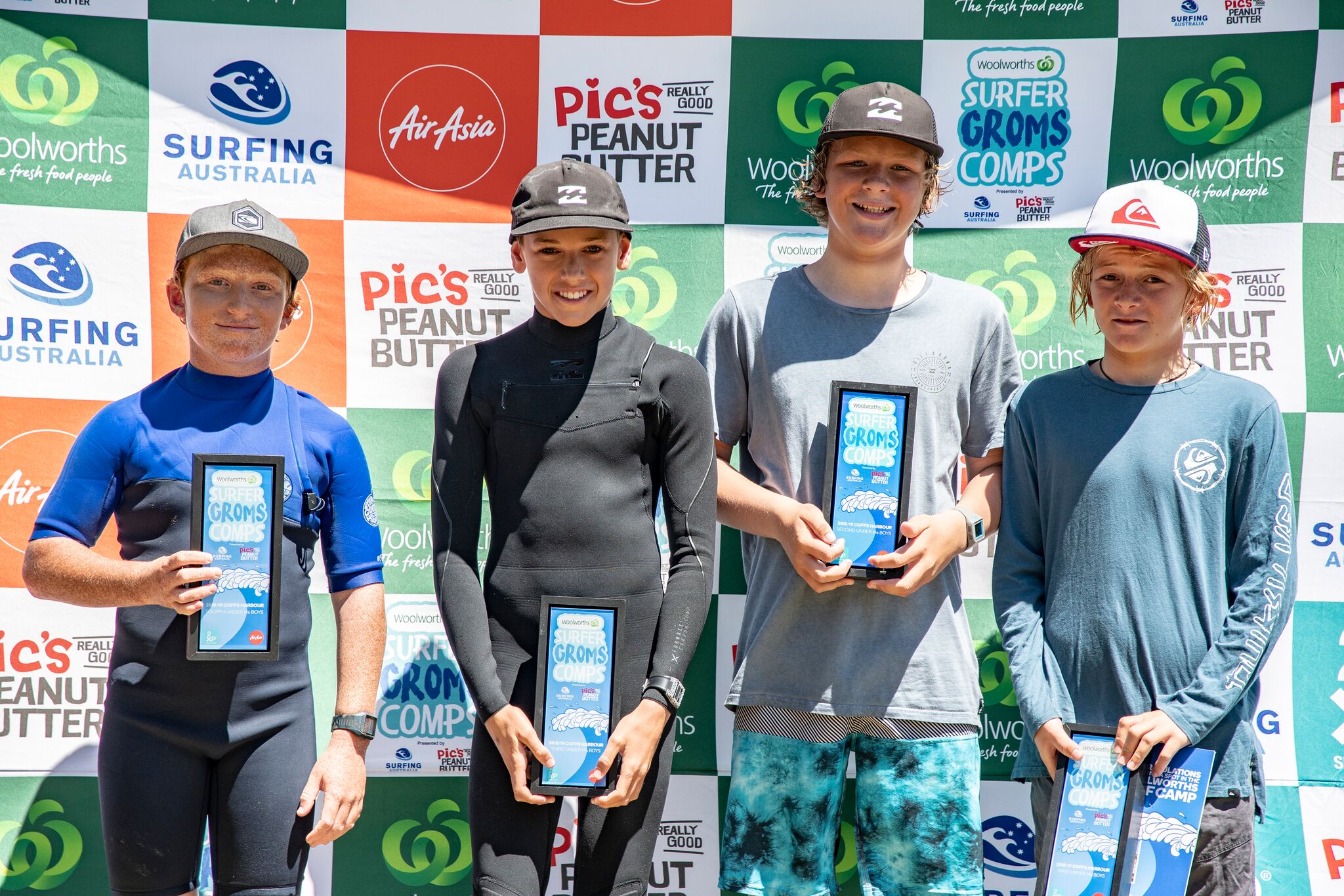 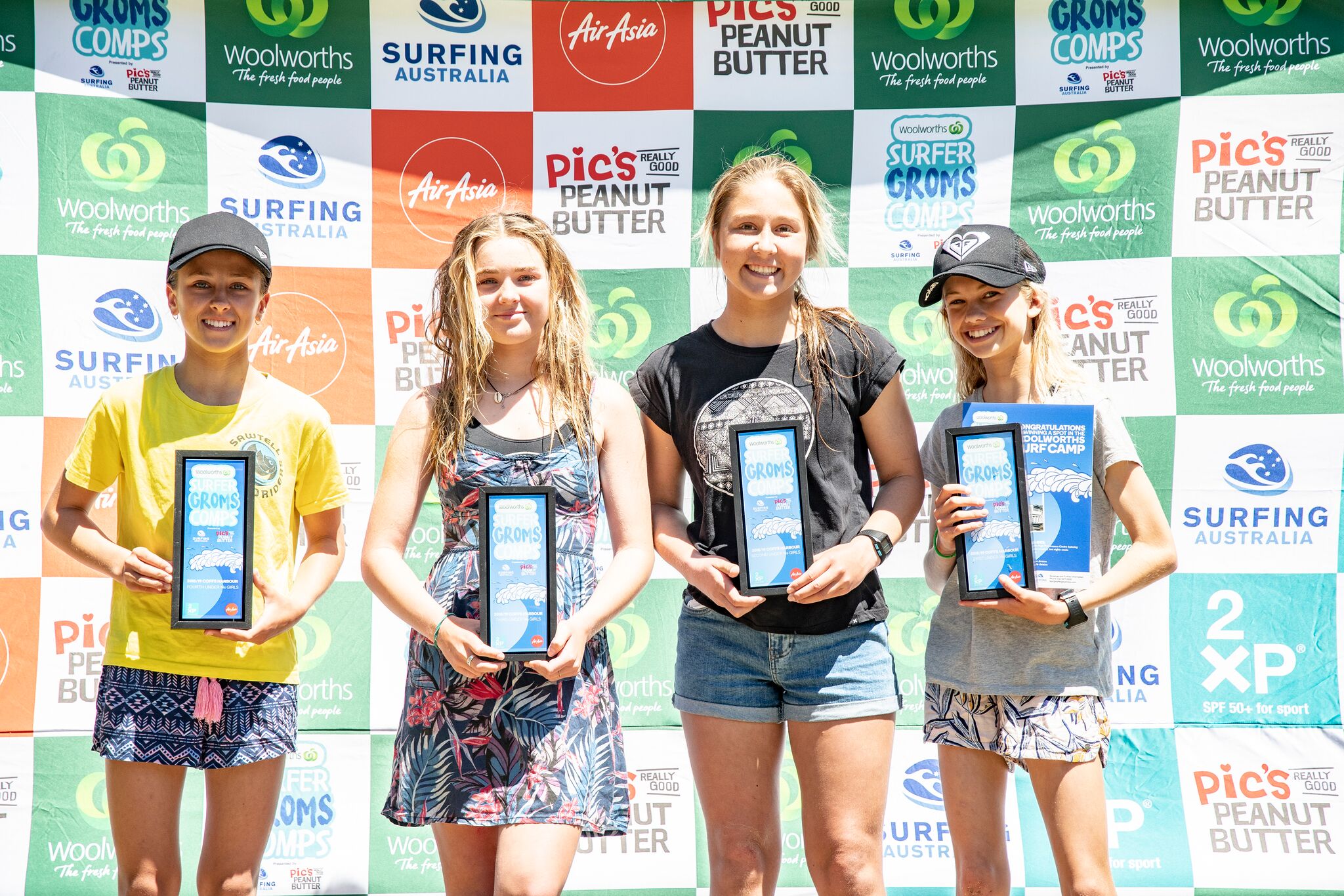 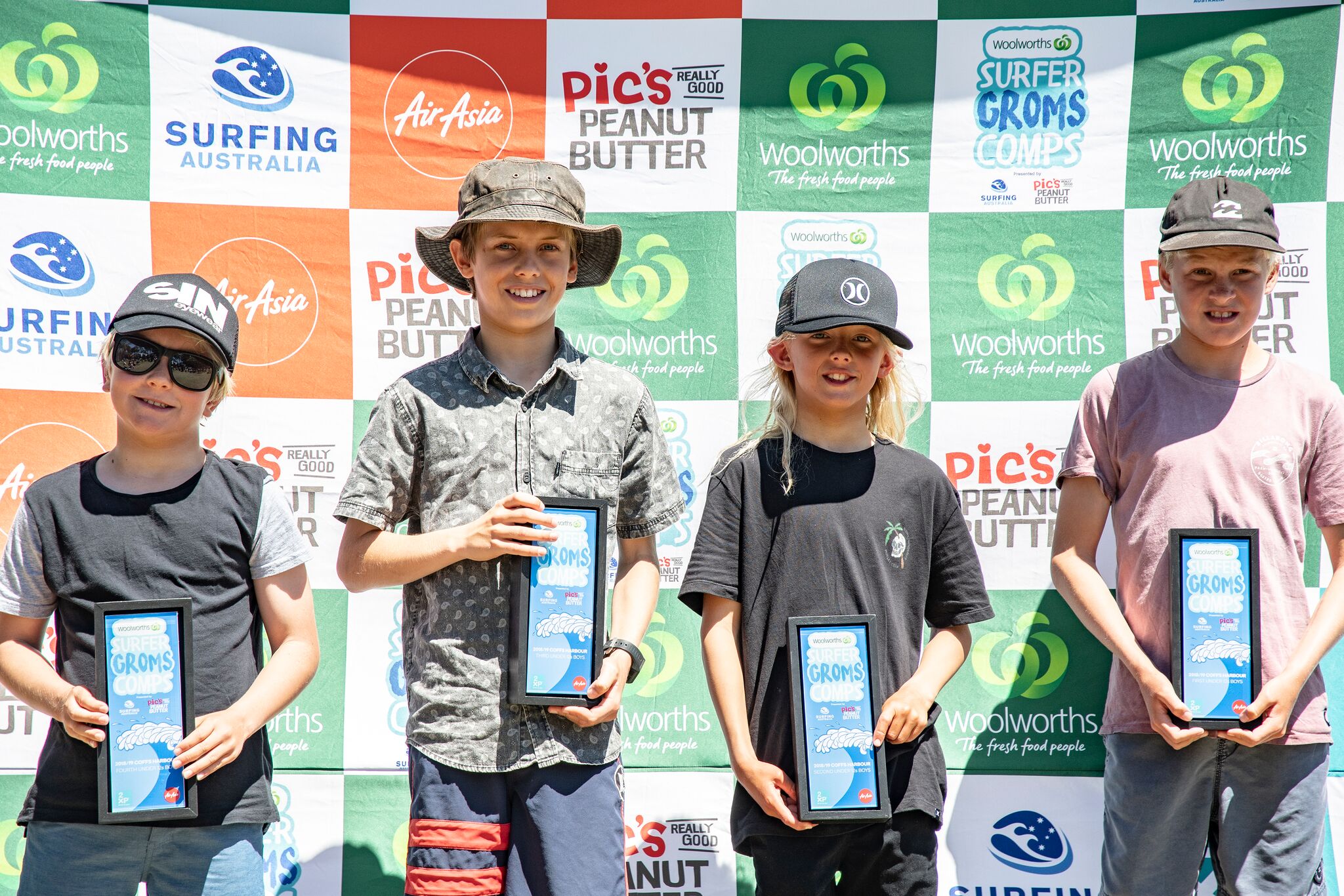 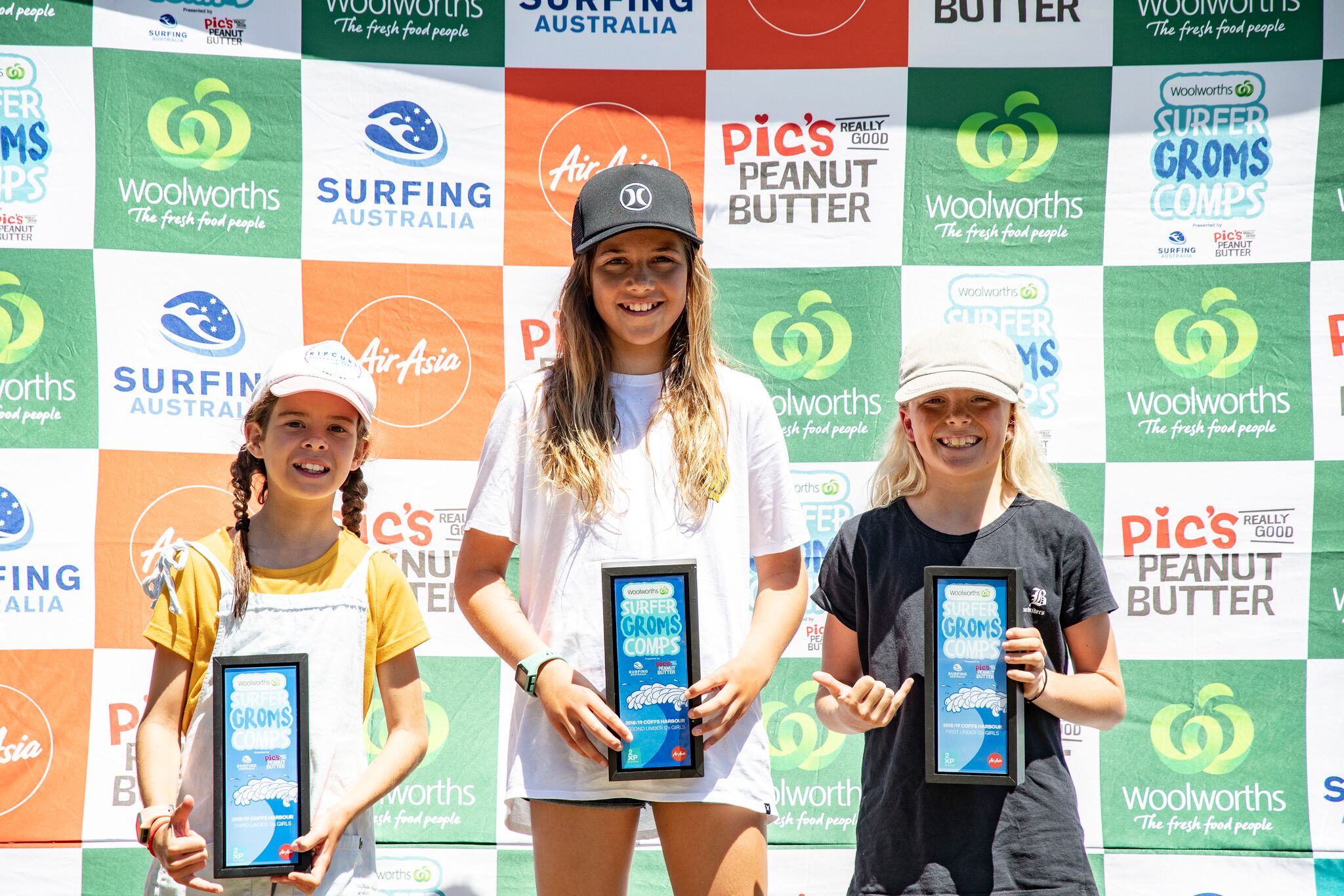 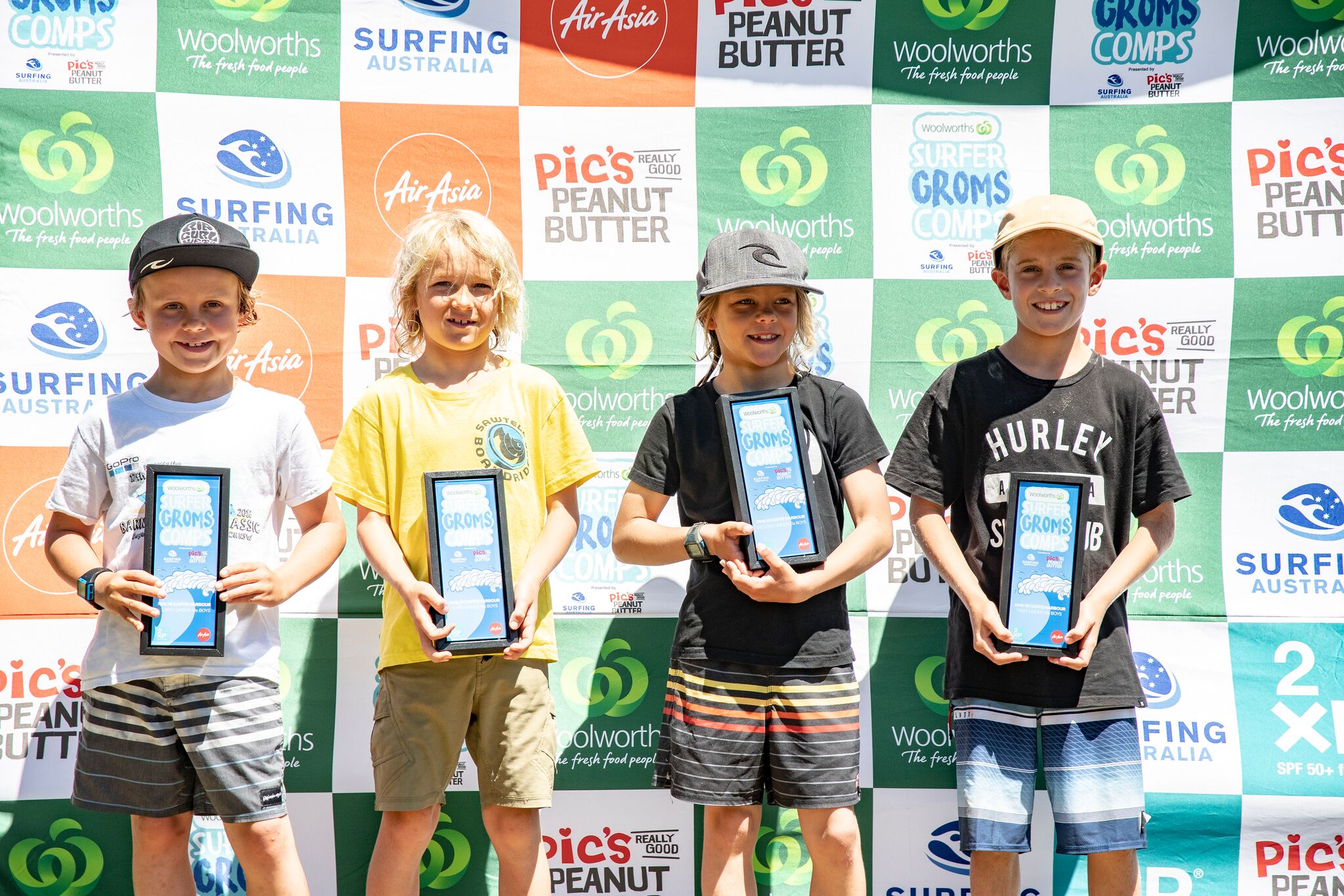 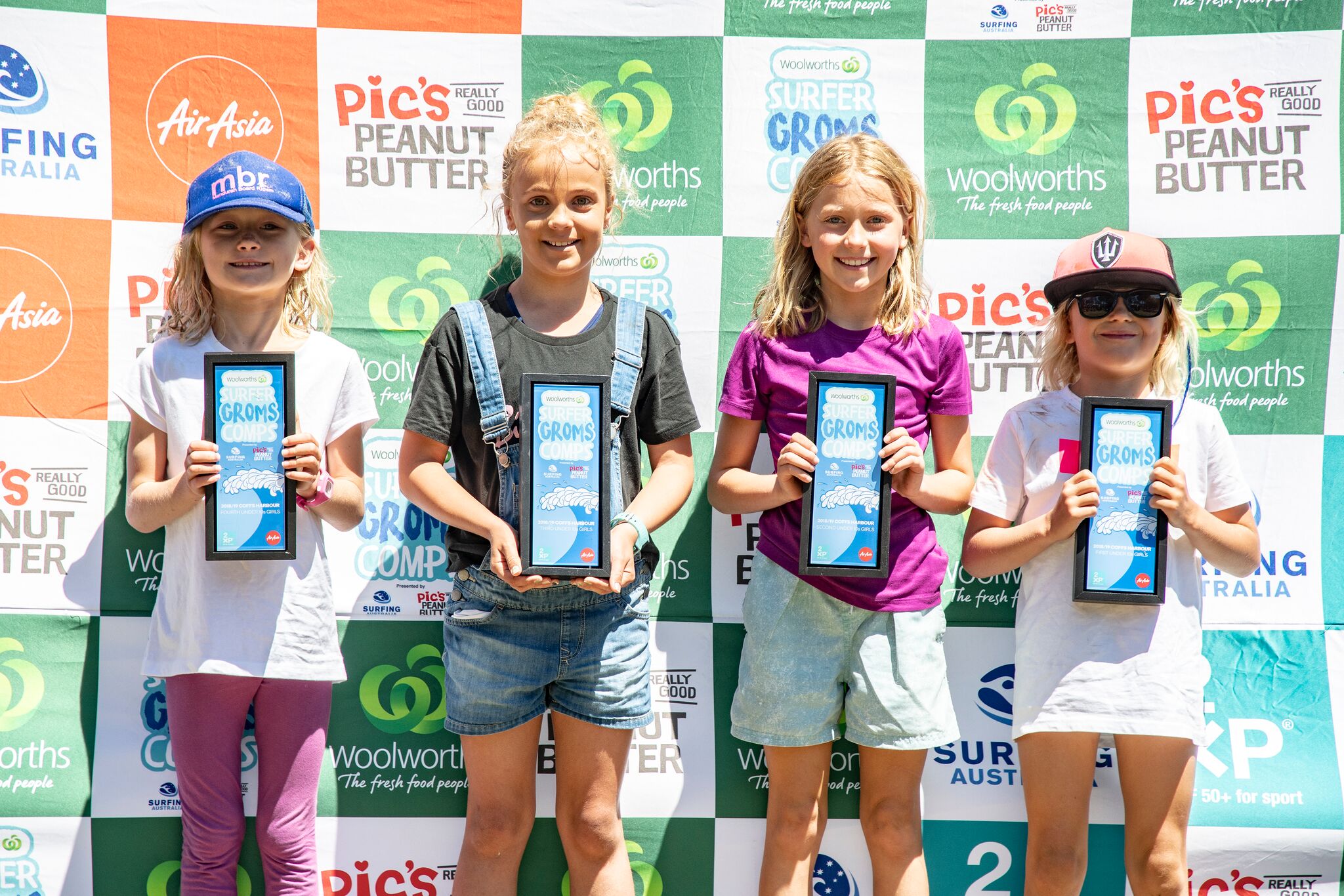 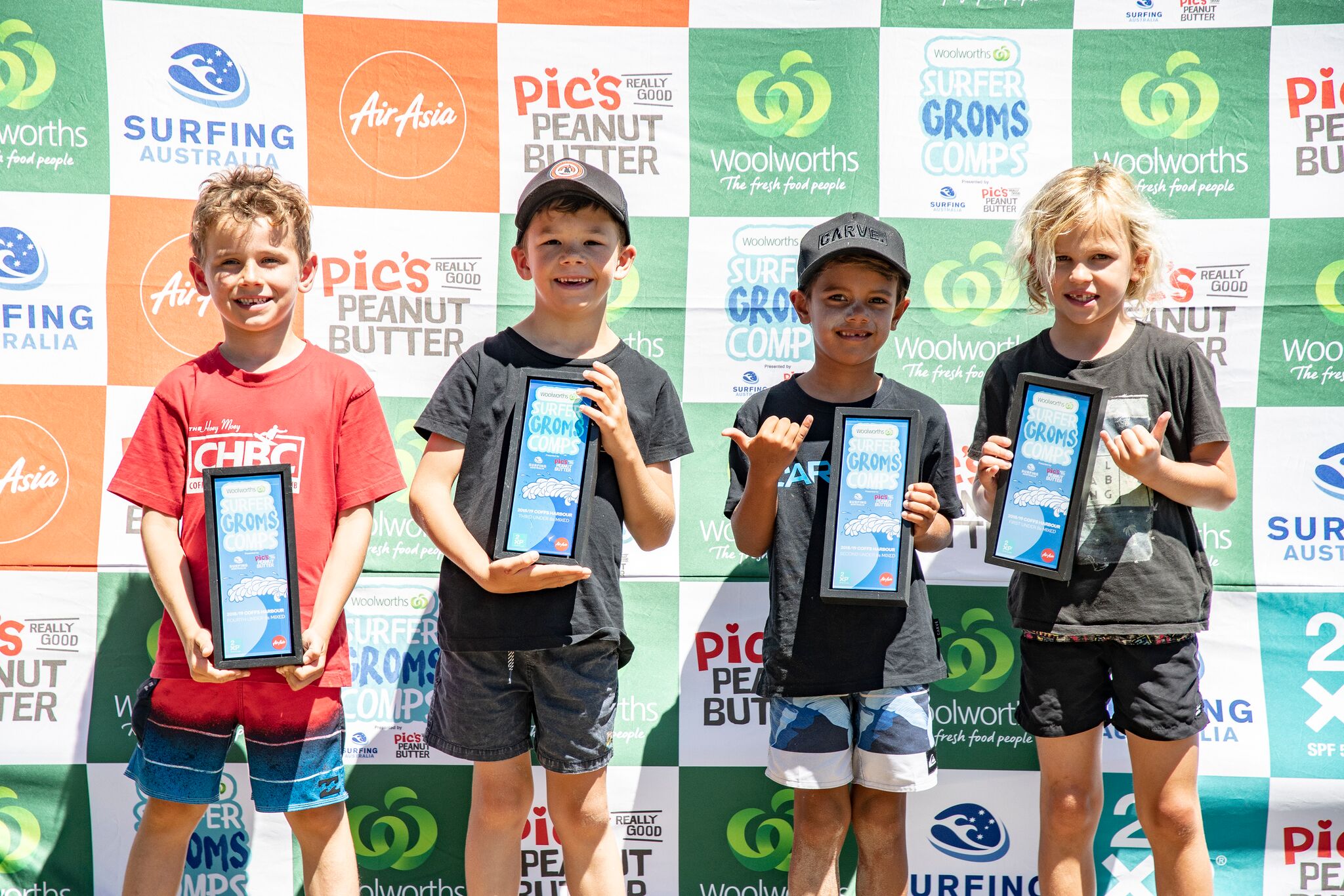 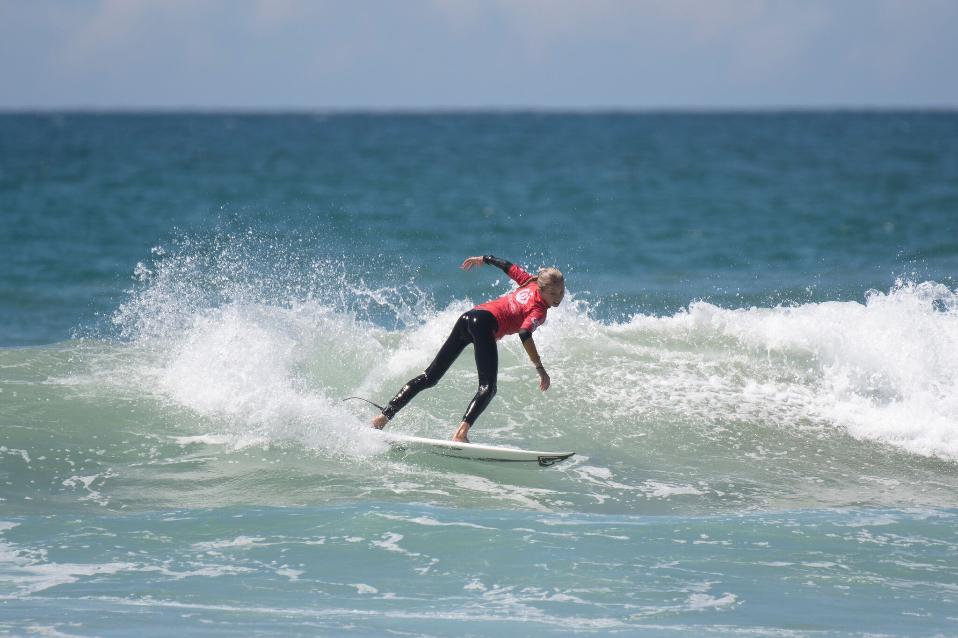 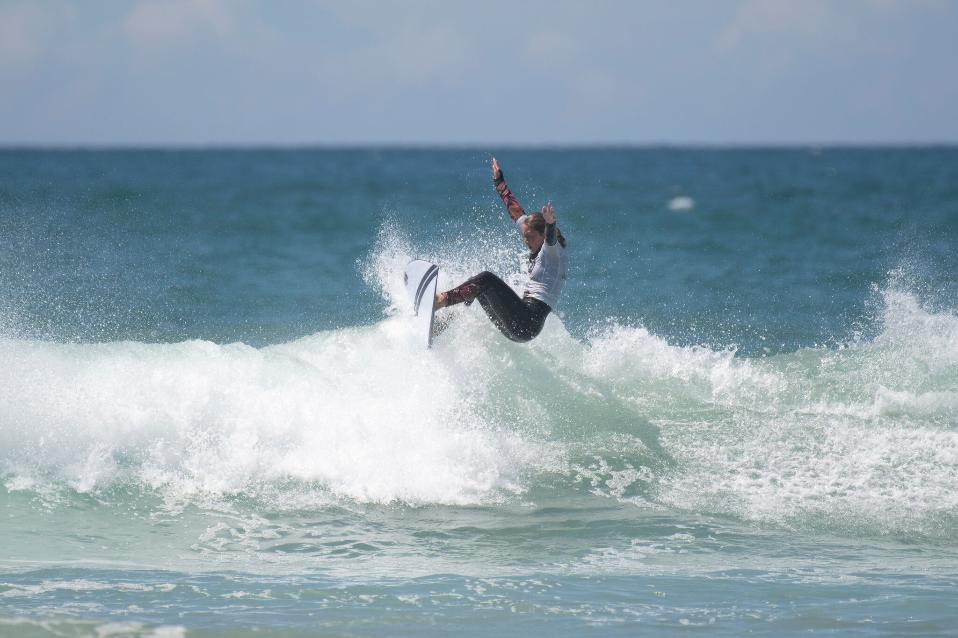 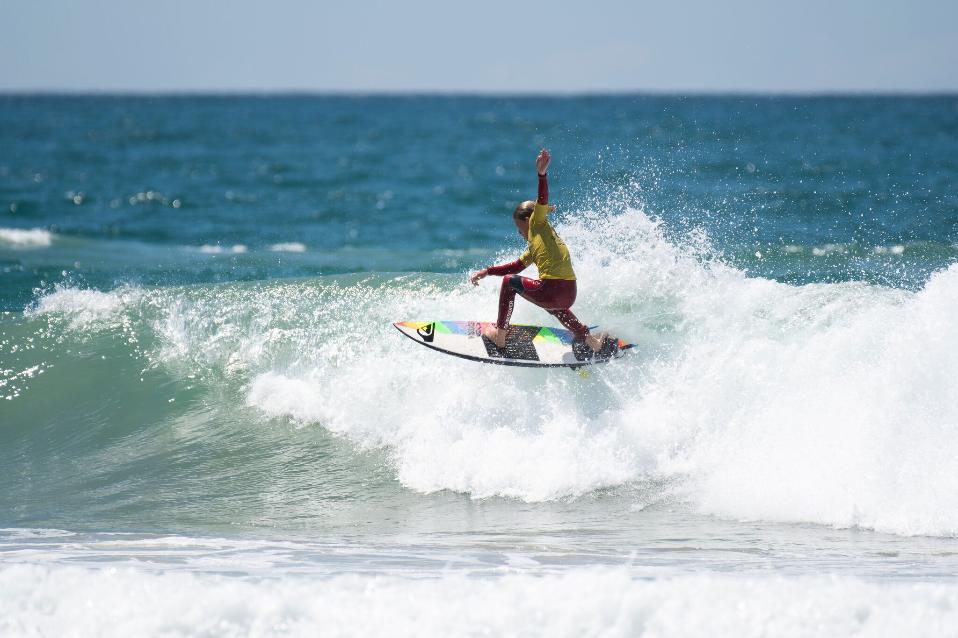 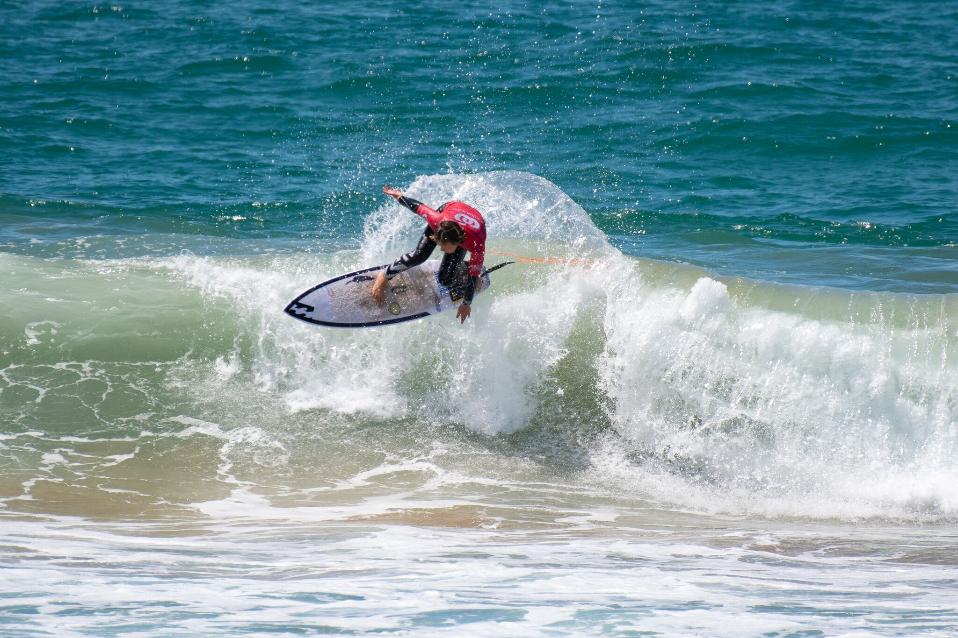