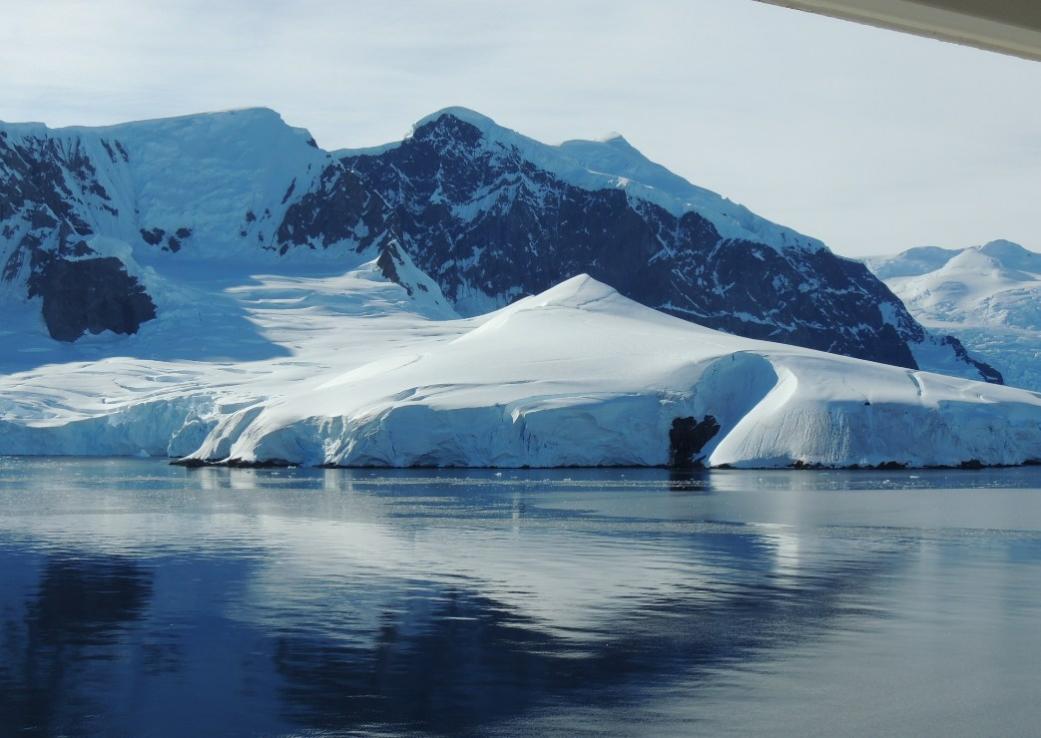 Voyage to Antarctica
by Robyn McWilliam

From the Falklands we are heading due south into one of the wildest oceans on the planet. The Antarctica Archipelago is a spire of white on the chart. I wonder what this icy wilderness holds. On deck I feel the ship rise and descend through the swells. The air temperature approaches freezing. It’s time to put on thermals, break out my down coat and gloves.

By morning we are in Admiralty Bay on King George Island. I wake to black rock smattered with snow and calm water. It’s as if our ship is in a sea of ice blocks.

Whalers and sealers ventured to this continent without population in the 1820s. Only in the latter years of the nineteenth century did exploration begin. 1911-12 saw the race to the South Pole. Roald Amundsen won with his well-equipped and trained Norwegian team. They could ski, lead dog teams and the previous year had set up supply depots of food and fuel. A month later, Robert Scott led the British team to the pole but tragically they died on the return journey.

Many nations laid claim to Antarctica. Some by geographical continuation like Argentina, Chile, NZ and Australia. Others by exploration and their science programs. International agreement was reached with 12 countries in 1959 ratifying the Antarctica Treaty. The area was to be protected, for peace and science only and collaboration encouraged between bases.

Next day we are cruising Wilhelmina Bay. Icebergs fascinate. They are sculpted in a myriad of shapes. Some are massive chunks of ice with turquoise blue around the base. One is flat-topped, a perfect resting place for a seal. A face of an iceberg is covered in striations as if scratched by claws. A sunny day illuminates this landscape in all its glory. Rocky crags and the shiny whiteness of ice mirrored in navy water. Penguins flit past rippling the surface. ‘Listen over the side of the ship,’ a friend says, ‘you can hear the ice crackling.’

Visually, Antarctica is so exciting. There are few conversations on the bow. Cameras constantly click. This human presence is in awe. After several hours in the almost still wilderness, foggy breaths retreat inside. Coffee beckons. There’s talk of cruise ships no longer being given permission to come here. Perhaps, left to icebreakers, expeditions will be in far less comfort.

Another day we pick up some scientists and staff from America’s Palmer Station on Anvers Island. Forty-five people are currently living there in dormitories. There’s a gym, a kitchen and a lounge with lots of videos. There are two generators for power and water is supplied by an osmosis system. To winter over you require a psychological examination. You need tolerance to live in a diverse group.

This base has 23 science projects underway from monitoring changes in the ice cover to entomologists studying the wingless fly. Scientists get around in small zodiacs. Divers and underwater vehicles assist in the study of marine life.

Later, we are cruising the Neumayer Channel. Two whales break the surface, shiny dark backs curve and disappear. Then a spout of mist as the baby exhales. The captain has the ship moving slowly, sliding through an expanse of crushed ice. Chunks send out ripples of concentric circles. Terns skim the water.

Onshore are armchair shapes in the rocks known as cirques, where glaciers begin. Water hosts the living, however most creatures need the inhospitable landscape of rock and ice for part of their life cycle.

Four days of sailing in Antarctica comes to a close. By early evening grey descends, visibility lessens and flurries of snow dance around our ship. Ice crystals add to the atmosphere. Light diminishes and the eerie echo of our fog horn signals our position, for we have seen a smaller expedition ship hours earlier.

In smooth seas we sail for the tip of South America and Cape Horn. A place of roundings for sailors over the centuries. Luckily, we have not seen the fury of the southern ocean. The white landscape behind is emblazoned on our minds. 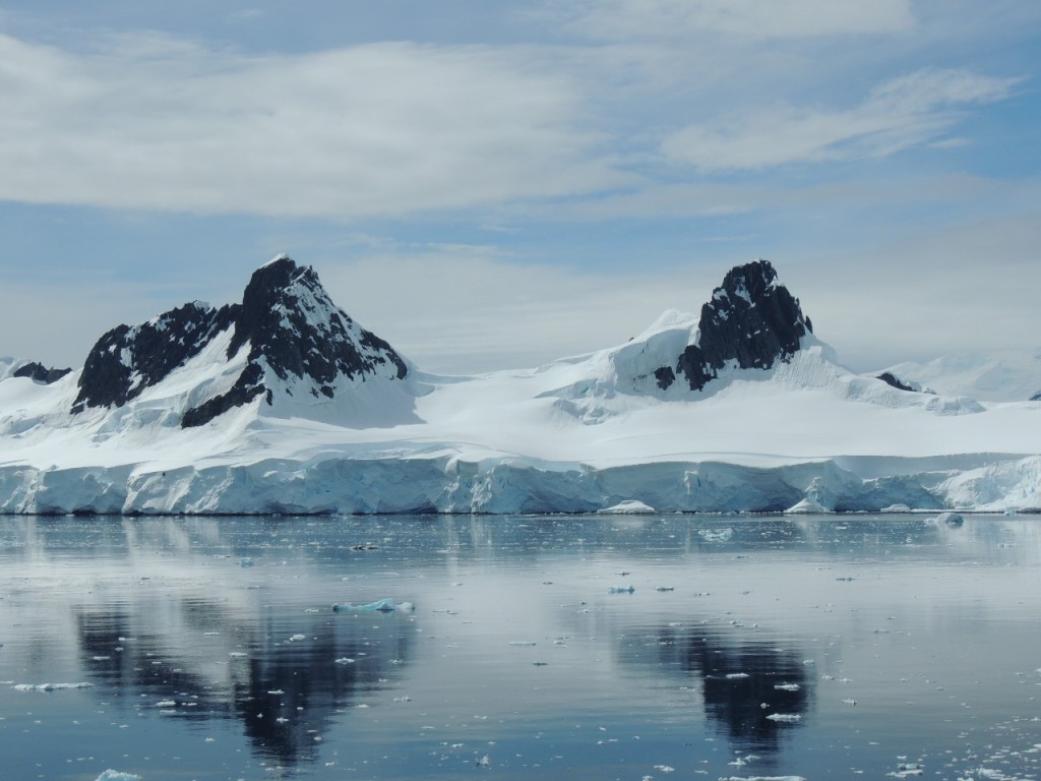