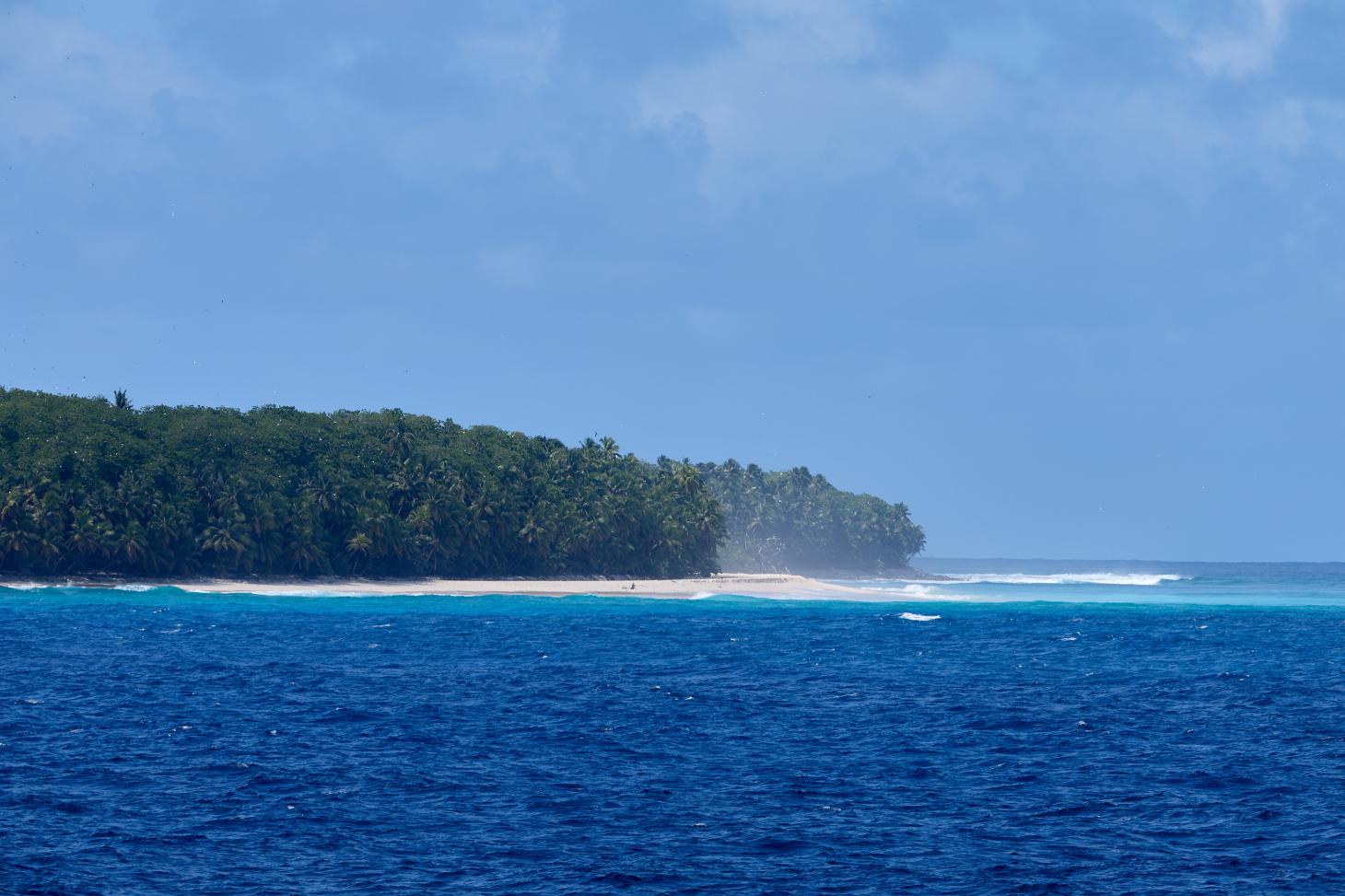 Scientists led by Museums Victoria Research Institute have mapped the seafloor in Australia’s Cocos (Keeling) Islands Marine Park in detail for the first time, revealing massive flat-topped ancient sea-mountains, flanked by volcanic cones, snarly ridges, and canyons formed from avalanches of sand that have slumped down onto the abyssal ocean floor.

The research vessel (RV) Investigator, operated by CSIRO, Australia’s national science agency, which arrived back at WA’s Henderson port today, also surveyed previously unknown deep-sea life in the Indian Ocean Territories. On this 35-day, 11,000km journey, underwater video has revealed diverse fish life hovering over the summits of the seamounts, samples of which have been collected from as deep as 5 kilometres below the surface.

Some of the most fascinating finds are:

A previously unknown blind eel collected from a depth of about 5 km covered in loose, transparent, gelatinous skin. Their eyes are poorly developed and, unusually for a fish, females give birth to live young. 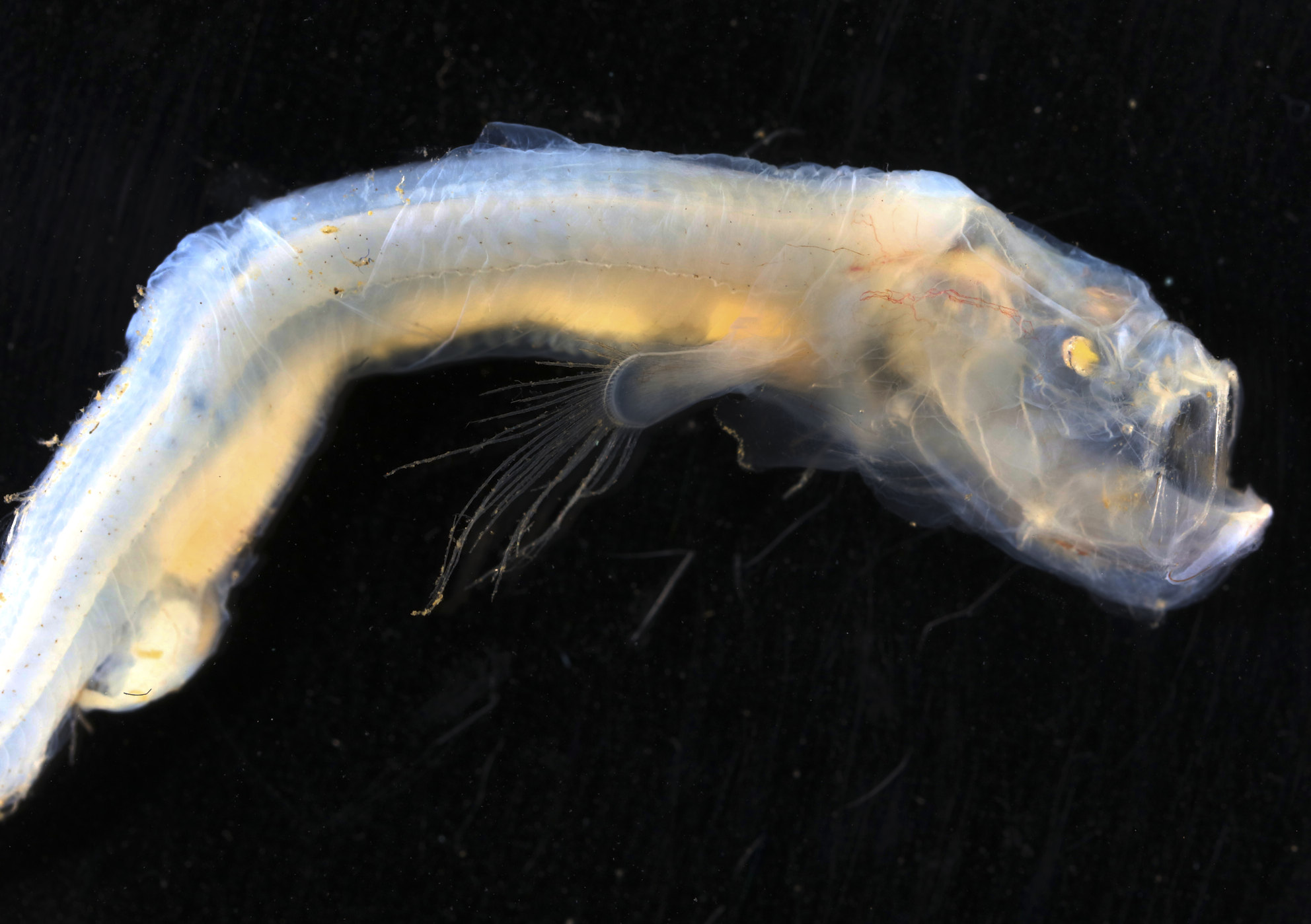 Deep-sea batfishes that amble over the seafloor on their arm-like fins. They have a tiny “fishing lure” in a small hollow on their snout to attract prey. 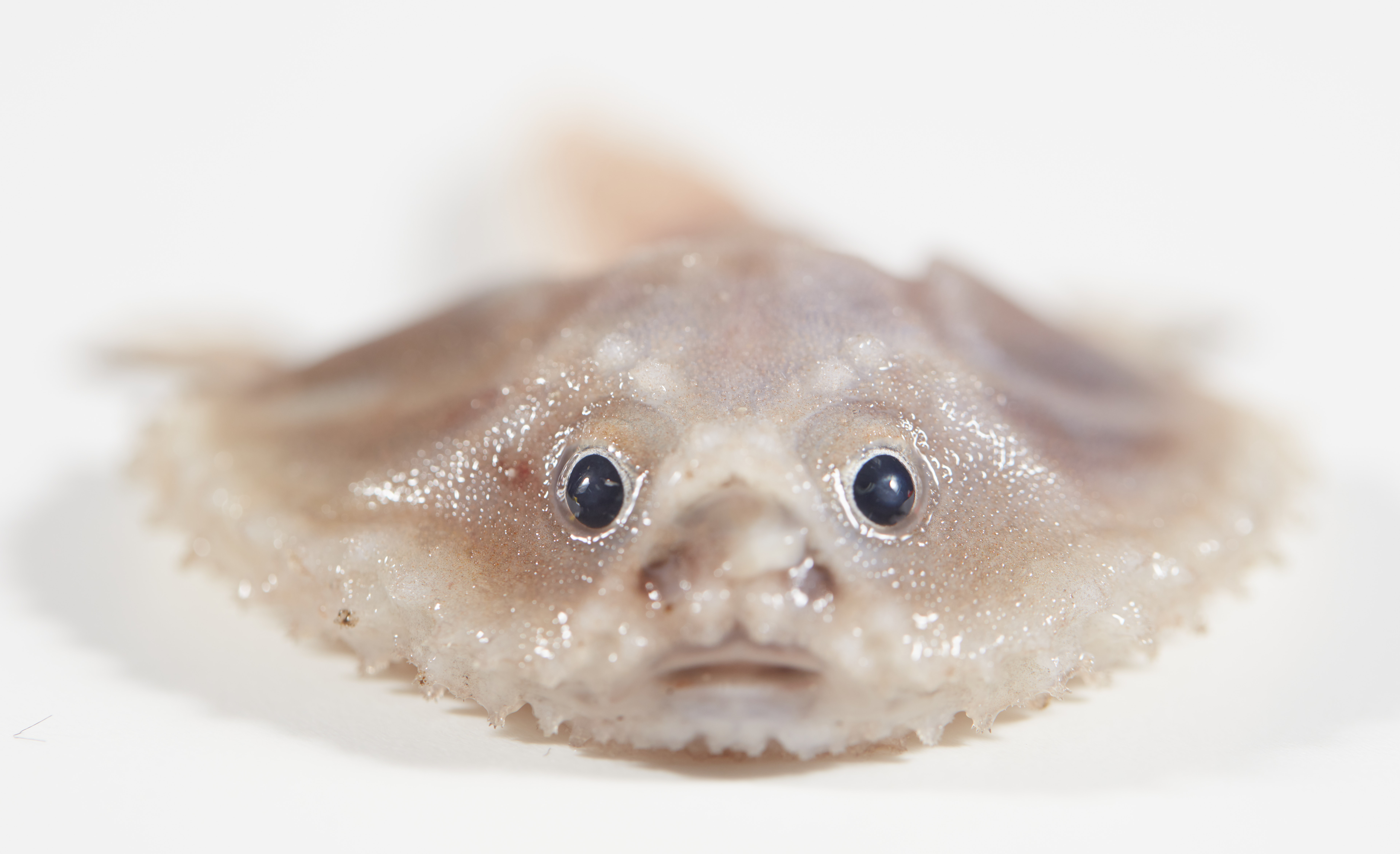 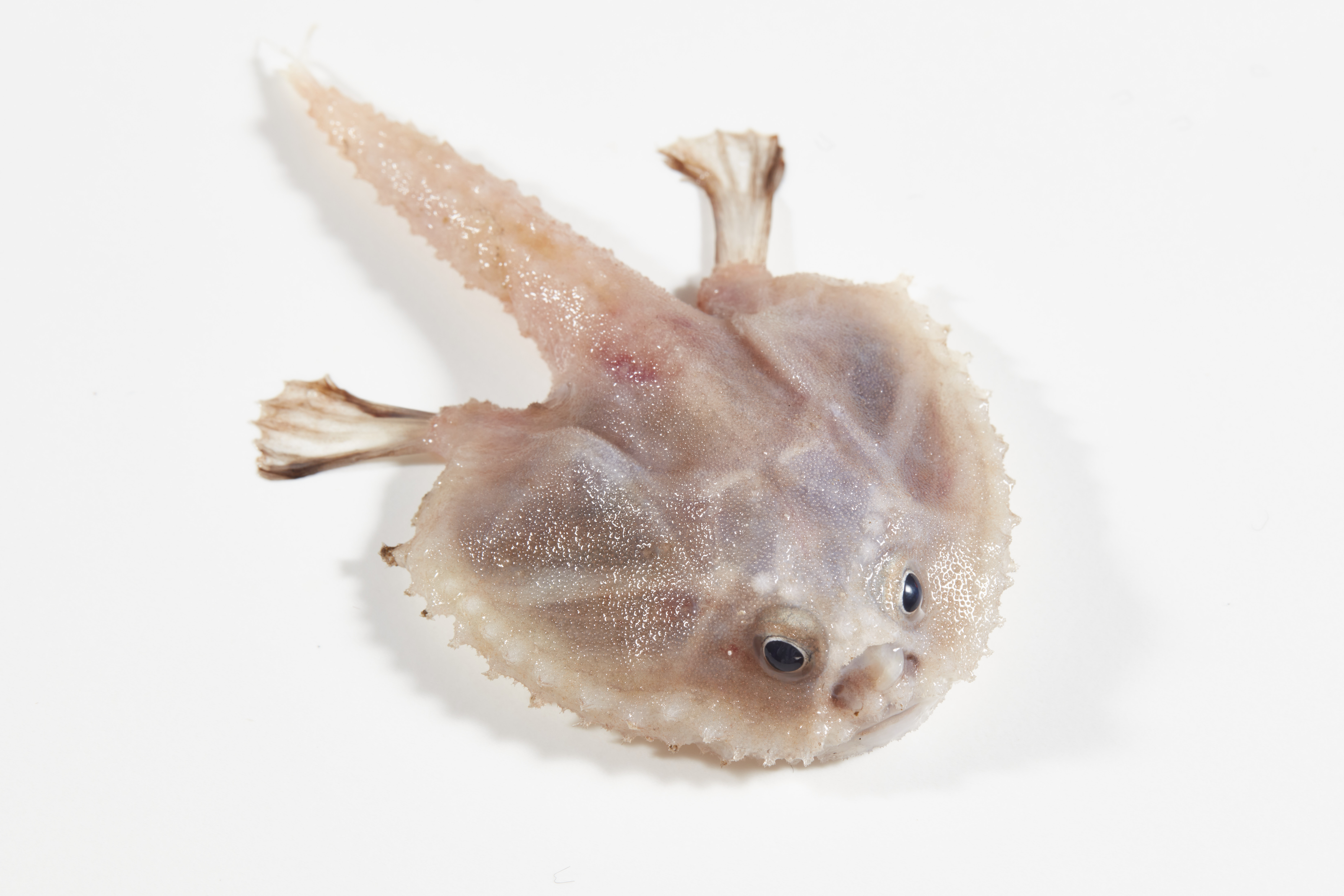 The Tribute Spiderfish, with incredibly long lower fins with thickened tips, which allow it to prop high up off the bottom as if it was on stilts, giving it the perfect height to feed on small prawns that drift by in the current. 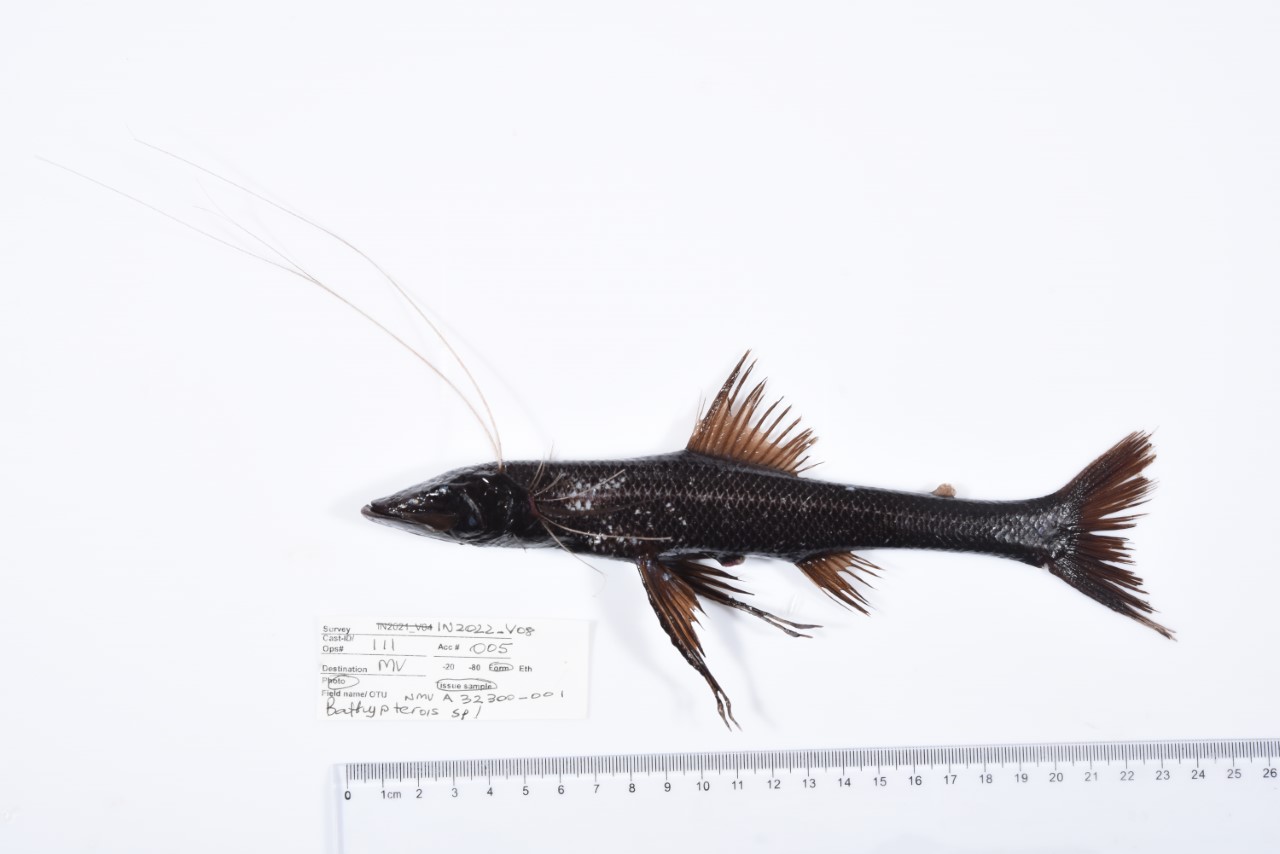 The bizarre Pelican Eel with a tiny head at the front of its enormous jaws, and an expandable stomach so that it can engulf and swallow large food items. Pelican eels are covered in black velvety skin and have a light organ on the tip of the tail to attract prey.

Highfin Lizard fish are voracious deep-sea predators with mouths full of long sharp teeth. They belong to a group of fishes that are simultaneous hermaphrodites; they have an ovotestis with functional male and female reproductive tissue at the same time. 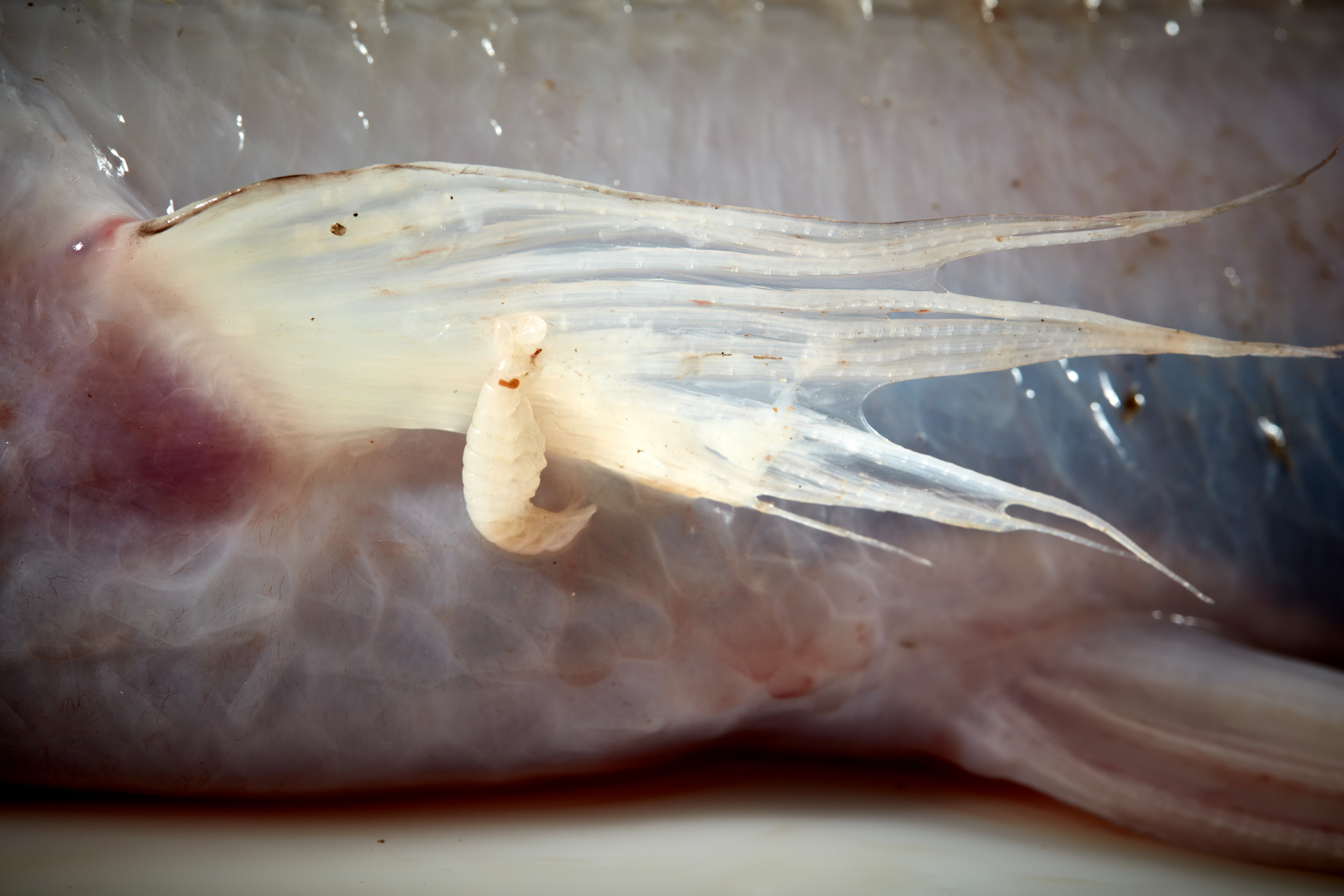 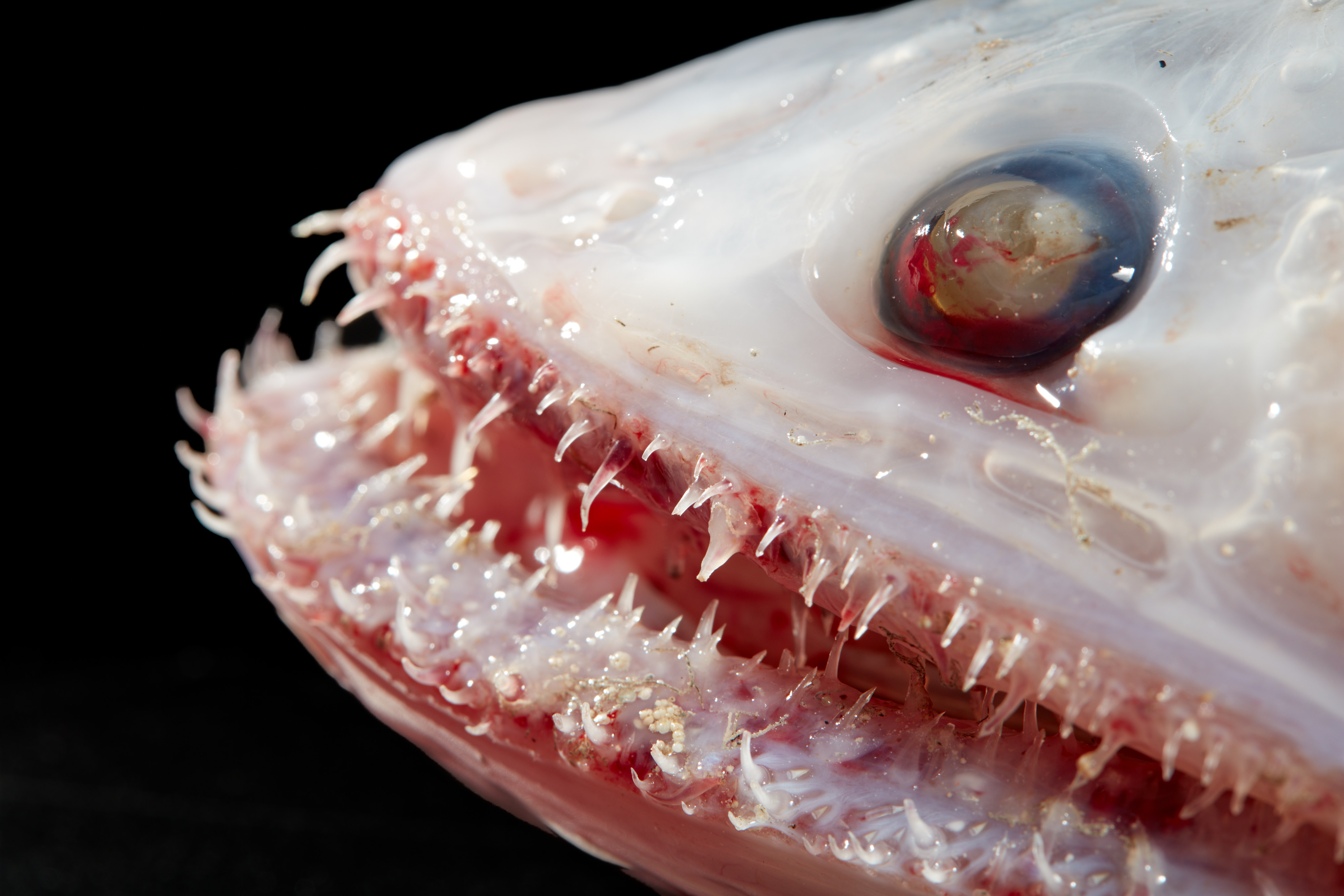 The voracious Sloane’s Viperfish, with huge fang-like teeth that are visible even when the mouth is closed. Viperfish have rows of light organs along the underside and a very long upper fin with light organs on the tip to attract prey.

The Slender Snipe Eel, found as deep as 4 km below the sea surface. With its long thread-like tail, it can reach a metre in length while only weighing 50 grams. The curved jaws, which are permanently open, are covered in tiny hooked teeth that snag their crustacean prey.

Pancake sea urchins, which have a delicate skeleton that flattens like a pancake when it is out of the water. The spines are tipped with poison.

Pumice stones that are likely to be from the 1883 eruption of Krakatoa in Indonesia. 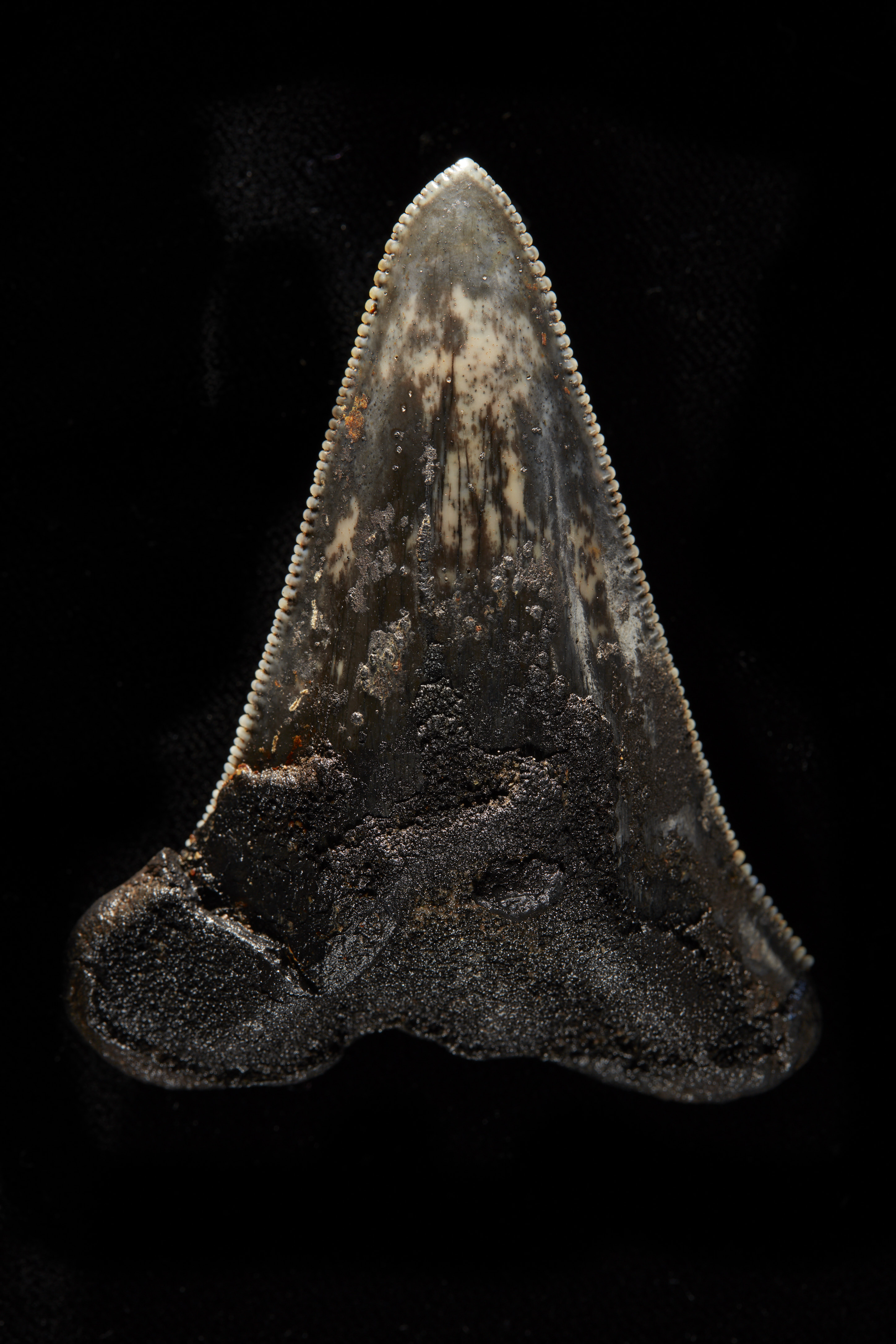 “We are proud that our maps, data and images will be used by Parks Australia to manage the new marine park into the future.”

The team has produced detailed three-dimensional images of the massive mountain underneath the Cocos (Keeling) Islands themselves, which has never been mapped in detail before.

Dr Tim O’Hara said: “We have beamed these new 3D maps and underwater video images directly from the vessel to the people of Cocos (Keeling) Islands, who have been super-excited to see their seascape in all its grandeur.”

Nelson Kuna, one of two Hydrographic Surveyors on board from CSIRO, said that very little high-resolution mapping had been done in the Cocos (Keeling) Islands Marine Park prior to this voyage.

“We’ve used the full ocean depth mapping capabilities of RV Investigator to completely survey around the Cocos (Keeling) Islands, from coastal depths less than 100m all the way down to the abyss some 4800m below,” said Mr Kuna.

“The data set now covers a substantial area of the new marine park and shows the Cocos (Keeling) Islands as the twin peaks of a massive seamount that rises nearly 5000m from the surrounding seafloor.

“It’s truly an honour to see, for the first time, these stunning features revealed from the deep.”

Scientists on board have shared their discoveries with school students around the country in real-time. Bush Blitz is supporting this voyage and using RV Investigator’s technology to livestream into classrooms. During the voyage, Bush Blitz has reached more than 850 students and community members around Australia — from Tasmania to the Torres Strait, from Alice Springs to Norfolk Island.

The Australian government proclaimed two massive marine parks across Australia’s Indian Ocean Territories in March 2022 that together cover an area almost the size of New South Wales. The expedition will supply scientific data that will help Parks Australia to manage these areas into the future.

“This research voyage has led to many important discoveries of marine life and deep ocean terrain, and we are very proud of this work.”

Head of Division at Parks Australia, Jason Mundy, said the voyage is important to increase our understanding of the unique and diverse habitats and species of these remote waters.

“Scientific research and data underpin management of all Australian Marine Parks,” said Mr Mundy. “It is fantastic that this voyage is exploring the extraordinary biodiversity and unique habitats of these the new Christmas and Cocos (Keeling) Islands marine parks, which cover more than 744,000 square kilometres.”