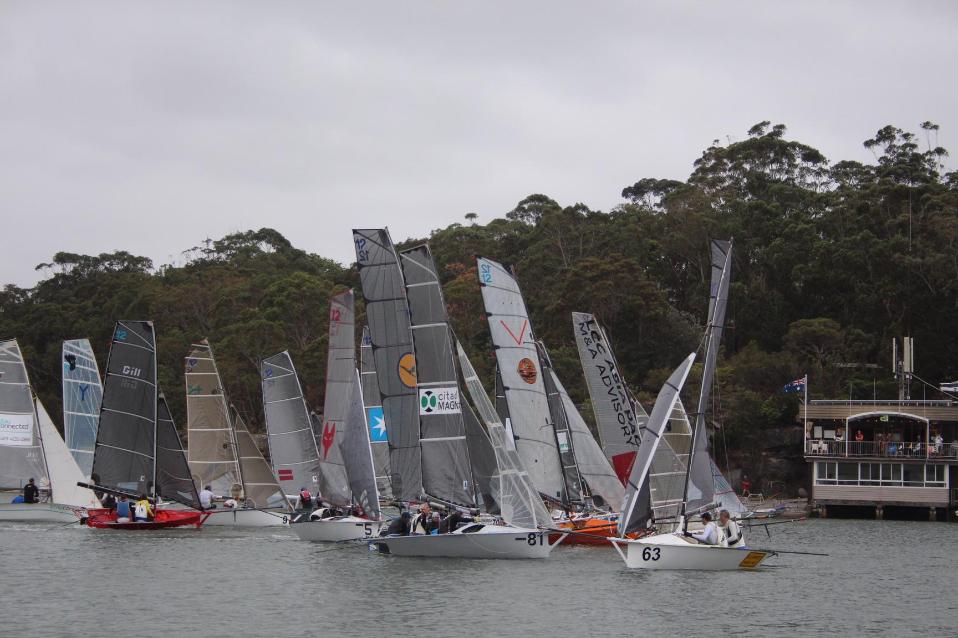 It means the inaugural race for the Upper Harbour Championship Centenary Trophy, donated by the Griffith and Langford families, will boast the name of the pair who represents LC 12ft SSC.

Press admitted it was a fierce fight to the end with Sydney Sailmakers’ nemesis, Geotherm (Brett Hobson and his new crew Jeremy Jones) from the 2.45pm start all the way to the end.

“Noddy and I won, but only just – there was about 2 metres in it to Brett and Jeremy. Jeremy’s dad Richard sails with Jono Temple on LCC Asia Pacific – and they finished third today,” said Press, who’s had more than a few tussles with his own dad, Murray Press, over the many years the two have sailed in the class.

“It was very ominous looking all day. Everyone had their big rigs on. We started in a 10 knot easterly and Geotherm, LCC and Dignity (Charlie and Cam Gundy) won the start. They were the clear leaders – we had a terrible start,” Press admitted.

Geotherm was well in front before Sydney Sailmakers caught her on the long downwind leg to Drummoyne.

“But Brett caught us back up at the top mark the next time. We were crossing tacks, and we got slightly ahead, but it was so close all the way coming down the Lane Cover River to the finish,” Press said.

By this time, the two boats had put some distance on the third-finishing LCC.

Throughout the race crews had to deal with a fluctuating easterly that try as it might, did not become a true nor-easter on the upper end of the Harbour.

“It clocked east-nor-east at times. It was a gusty and fickle day with huge wind shifts. It’s just lucky we were all in and having a beer when the thunderstorm hit.”

Press, from Gladesville, and Hay from Kirribilli, have sailed the past three seasons together and make a formidable duo.

In the 2016-2017 season, they made history by winning every major 12ft skiff event: the Upper Harbour, Parramatta River, NSW and Port Jackson Championships, along with the Interdominion, which takes place between Australia and New Zealand each January.

Last month, Lane Cove 12 Foot Sailing Skiff Club was almost razed by fire. Forty-six boats sailed by 60 children and teens were lost in the fire and part of the adjoining slipway was damaged.

Press has been a member there since the year dot and like his fellow members, is thrilled by the generosity of the sailing community.

“There was a big crowd at the Club today. We had a fundraising barbecue this afternoon. More and more people are turning up to have a drink in the part of the club that‘s still there. As awful as the experience is, you find out the true nature of the sailing community when something like this happens,” the Sydney Sailmakers skipper said.

A call from the Club, ‘Help save our club after the fire’, was heard loud and clear. At the Australian Sailing Awards last evening, it was announced $30,000 had already been raised, courtesy of a tight-knit sailing community.

That the Club was able to host the 12ft Skiff Upper Harbour Championship at all shows their spirit and determination to get things back to normal.

The next event on the 12ft skiff calendar is the Parramatta River Championship to be held next Sunday, 28 October.

Crews are already working towards the next Interdominion, to be held at Sydney Flying Squadron in January and sponsored by the award winning company, ‘Your Move Conveyancing’. Organisers are expecting a bumper fleet of 35 plus boats.

To follow the 12ft skiffs, including results, go to: http://skiff.org.au 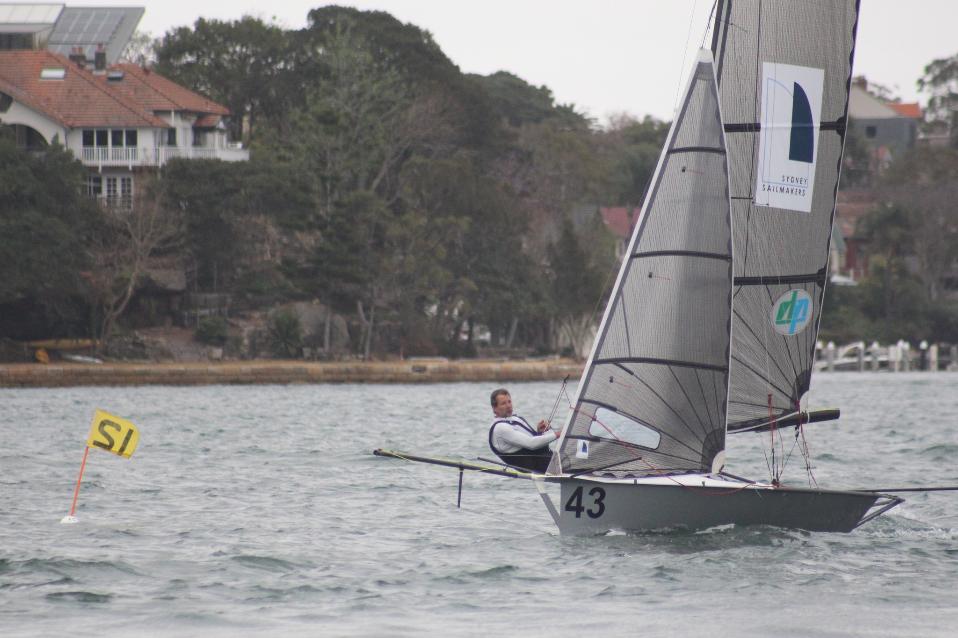