Vale The Valley Of Hope: On The Imminent Destruction Of The Upper Bylong Valley And Tarwyn Park 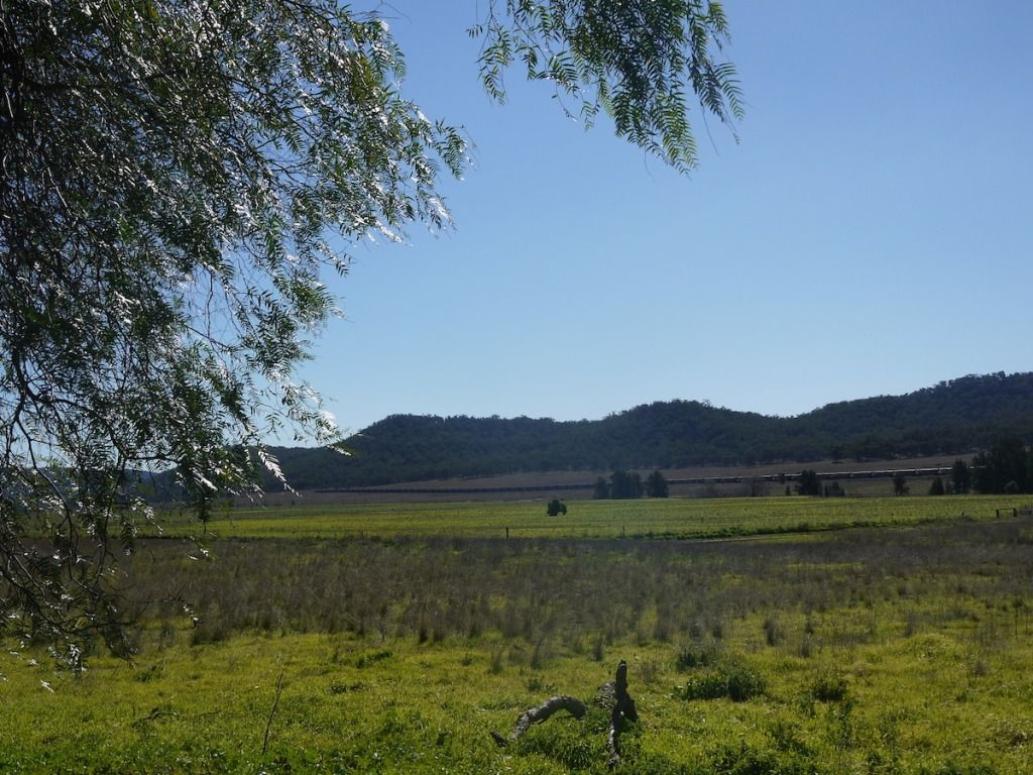 Vale the Valley of Hope: on the imminent destruction of the Upper Bylong Valley and Tarwyn Park

Sunday 31 July 2016 was a sad day for Australia, yet most people were blithely unaware. It was the last day of Tarwyn Park being a shining example of how to farm in Australia. In fact, it was likely the last day of it being a farm at all.

On Monday 1 August 2016, it almost certainly began the one-way transition to becoming an open cut coal mine, owned and operated by Korean company KEPCO. The valley will be permanently destroyed for the sake of 10 to 20 years coal supply for a foreign country.

Tarwyn Park is where the sometimes controversial Peter Andrews OAM developed Natural Sequence Farming, which has literally turned our understanding of water, salinity and weed management upside down. Since he first promulgated the techniques nearly 30 years ago (and published the now famous book  “Back from the Brink” in 2006), thousands of farmers have been turning their degraded farms around.

Now Tarwyn Park, where the racehorse Rain Lover is buried, and all the surrounding farms totalling 75km2, will feature two mammoth holes in the ground, which will drain the adjacent aquifers, drain the creeks, and basically destroy or degrade the ecology of the whole Upper Bylong Valley. How did we let this happen? We could blame the Liberal Government for not stopping it, but we can blame Labor for starting it, granting mineral exploration licenses with scant regard for the consequences (and as recent ICAC findings have shown, sometimes doing so corruptly). And the Nationals can be blamed for actively supporting it, with a revolving door of senior figures joining fossil fuel companies, although not in KEPCO’s case.

The Bylong Valley is located 77km by road north-east of Mudgee, although its nearest town is Rylstone 40km to the south. It is a visually stunning place: river flats surrounded by sandstone ramparts reminiscent of the Blue Mountains. In the late afternoon the light reflects the green of the pasture and gold of the cliffs and almost asks to be drunk like wine. In the early morning the mist hangs for a while, and gradually parts so shafts of warm sun pierce to the ground, making a wonderland of veils and blue sky.

But beauty doesn’t make electricity. And too few people know of its beauty for that to have any effect anyway. When the mist lifts, you can see the cows and horses quietly munching on rich pasture grasses, and in other paddocks, crops so green it makes your eyes hurt. This is seriously productive country. The soil on Tarwyn Park’s regenerated flat paddocks is nearly a metre deep in rich black carbon-richness. This is the stuff of dreams for many Australian farmers, yet here it is in reality. But for how long, Bylong?

‘Battle for Bylong’ is a website created by locals and their supporters in their years-long fight to have the mining licenses overturned, in favour of long term agriculture. Their website (www.battleforbylong.org.au) records the following history…

The pristine Bylong Valley has some of NSW’s best agricultural land and has historically hosted beef, dairy and crop farming and horse breeding. Today it is predominantly beef cattle and lucerne hay production, with some crops.

Since the 1850s it has bred thoroughbred horses, including racing champions and ‘Walers’ which carried the WW1 Light Horse Brigades. KEPCO bought out the last remaining, significant thoroughbred horse breeding stud, practically extinguishing what was a vital equine industry in the Valley.

The Valley’s beauty is renowned and it is a National Trust listed Landscape Conservation Area (2013), based on its ‘prime agricultural land with a rural landscape of exceptional scenic value’. The Trust also notes the major scientific significance of the area, stemming from implementation of Peter Andrews' Natural Sequence Farming on the internationally renowned 'Tarwyn Park'.

The harsh reality of what will almost certainly happen to Tarwyn Park and its neighbouring properties is shocking. The affected area (beyond the mine pits) is the size of Manhattan, New York. It is the same as the area between the centre of Sydney and Botany Bay, and from the Coogee to Bankstown.

The Battle for Bylong website says this about the proposed mine…

KEPCO has plans for two open cut coal mines (to operate for 10 years) and an underground mine (to operate for 20 years), to supply 6.5 million tonnes of thermal coal a year, with 24/7 operations.

KEPCO claims the project will employ 665 people in the initial construction phase and 470 full-time workers in operation. Construction is proposed to begin in 2017 and take two years. Waste from underground mining will be stored in the open cut voids created by the open cut mines, once underground mining starts (in Year 7). KEPCO says it wants to ‘ensure no net loss of agriculture productivity in the lease area over project life’, but productivity across the properties it has bought out so far has already declined.

It is illogical, and some have said insulting, to suggest that an area that will include an open cut pit the size of a modest town, and associated support facilities, will have “no net loss of agriculture productivity”.

In the case of Tarwyn Park, Peter Andrews’ work on watercourse restoration has had an entirely unexpected effect on the adjacent water table. He uses anything that will grow in an erosion gully (willows and weeds of any kind) to begin a decades long process of stabilization and retardation of water flows.

“The idea” he says “is to slow the water down, and spread it out across the landscape as much as you can. This not only de-energises it so it doesn’t cut erosion gullies, it also recharges the soil. And then any dissolved salts can sink back down deep where they will not harm surface plants.” [1]

Sure enough, the water table in the paddocks beside the tree-studded creek that used to be open wound of unrestrained erosion, is a mere 1m below ground. It is literally pumped up by the hydraulic pressure of the water being held back in the creek. 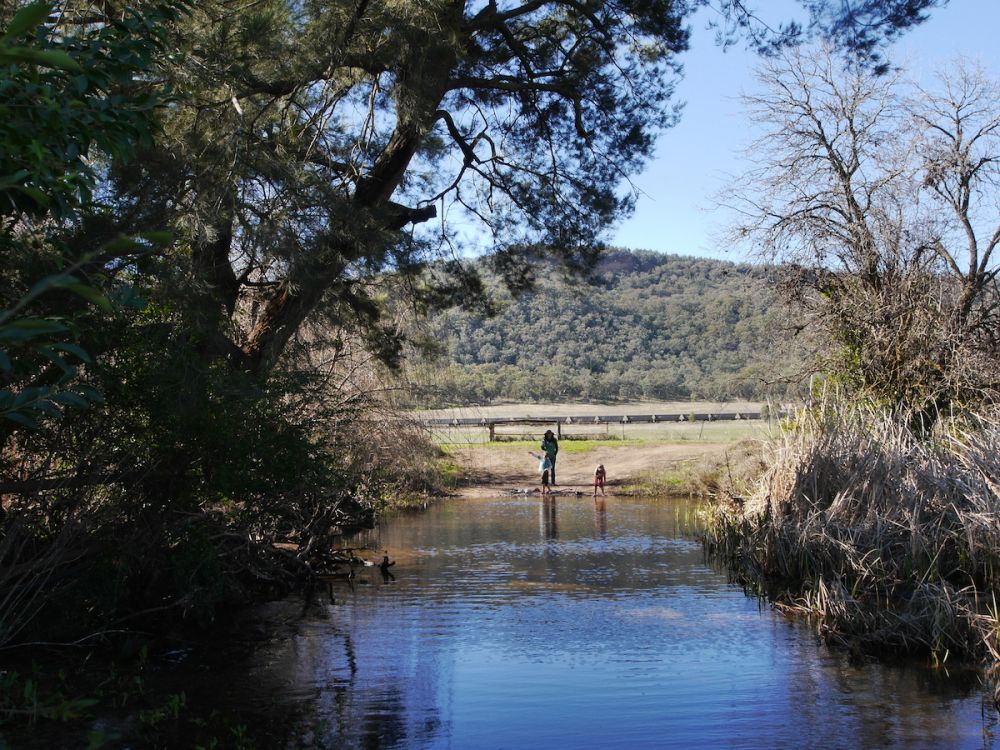 CREEK PUMPS UP THE AQUIFER 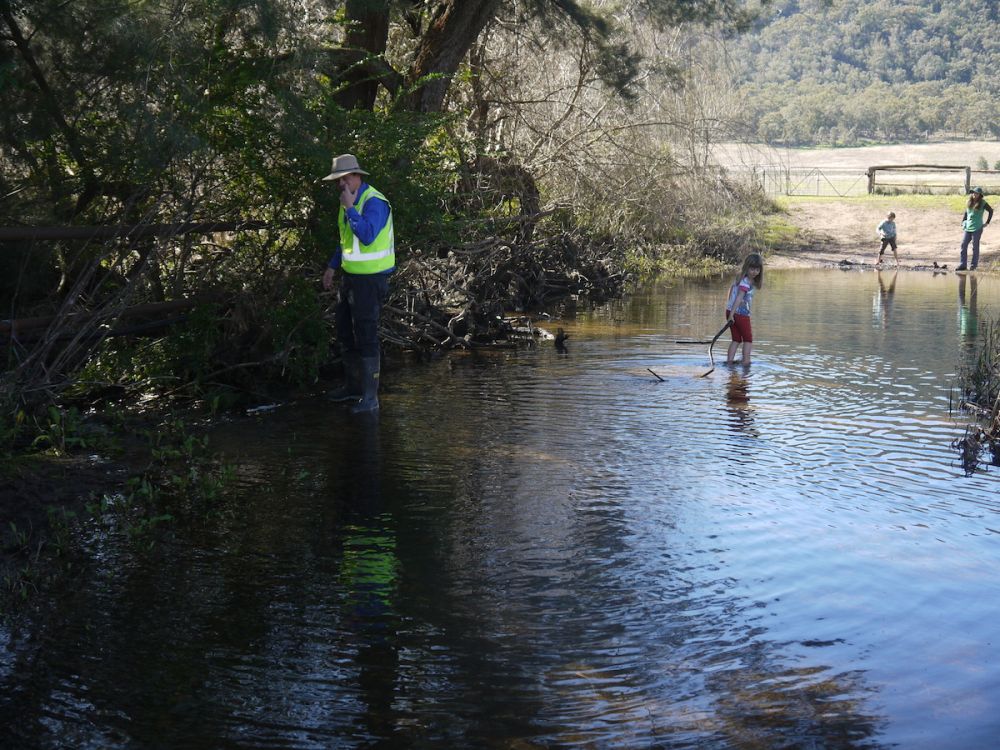 When the mine pit is dug to a depth of 150m a mere 250m away, it is self evident what will happen to the water table in the paddocks, and to the water in the creek itself: it will drain into the pit, where it will be polluted by coal dust and radio-nucliides exposed at depths, becoming utterly useless in the process. [2] The land around the pit will be just as useless.

KEPCO's project was initially assessed by NSW government’s Mining Gateway Panel, which has no power to reject a project. The panel granted a conditional Gateway certificate despite the project only meeting one of 11 relevant criteria.

The project is currently in the final stage of assessment by the NSW Government. KEPCO’s website puts it very bullishly, using the term “approvals stage” rather than the more accurate “assessment stage”. But in reality, given this and all previous NSW Governments’ inability or unwillingness to control this hungry beast, they are more than likely quite right – approval is a foregone conclusion…

The Project is now in the approvals stage, where KEPCO is seeking development consent from the New South Wales government in order to obtain a Mining Lease for its proposed activities. A State Significant Development Application (DA) for the Project has now been lodged with the New South Wales Department of Planning and Environment (DP&E). An Environmental Impact Statement (EIS) has been prepared to support the DA.

Craig Shaw, Secretary of Bylong Valley Protection Alliance Inc, is one of the key people behind the push to have an interim heritage order placed on Tarwyn park, to ensure that KEPCO looks after it while a more detailed heritage assessment is conducted. The concern is that even if full heritage listing was to come about, it would be unlikely to stop the mine.

Craig says, “It would mean that the heritage value of the place would be a mandatory consideration by the Minister in making any final approval, and that offers at least a glimmer of hope that some conditions might be imposed that attenuate the potential destruction at least a little. For instance, a greater minimum distance of the pit to the floodplain in that area, some cap on total water usage etc. Plus, the push to listing helps focus people’s minds.”  [3]

On reflecting on their chances of success, he makes a powerful, and somewhat rueful point, "In the much bigger picture, even if Tarwyn were to be lost, I firmly believe there’s a cumulative impact of the concerns expressed; we may just make it a little easier for somewhere in the future to achieve what we in Bylong could not.”  [4]

This is an incredibly sad thing to be resigned to have to say, and yet it is massively inspiring for the rest of us who feel such a weight of stewardship for this unique and incalculably valuable country.

And so 31 July and 1 August 2016 go down as sad days in Australia’s history. When will we learn? When will we give a clear message to governments about the things we value? If the recent Federal election is anything to go by, it’s a while off yet. And so the carnage of country will continue.

1. In an address to those attending the Save Tarwyn Park Open Day, Sunday 31 July 2016.

2. This is the experience in all deep open cut mine pits, well documented. 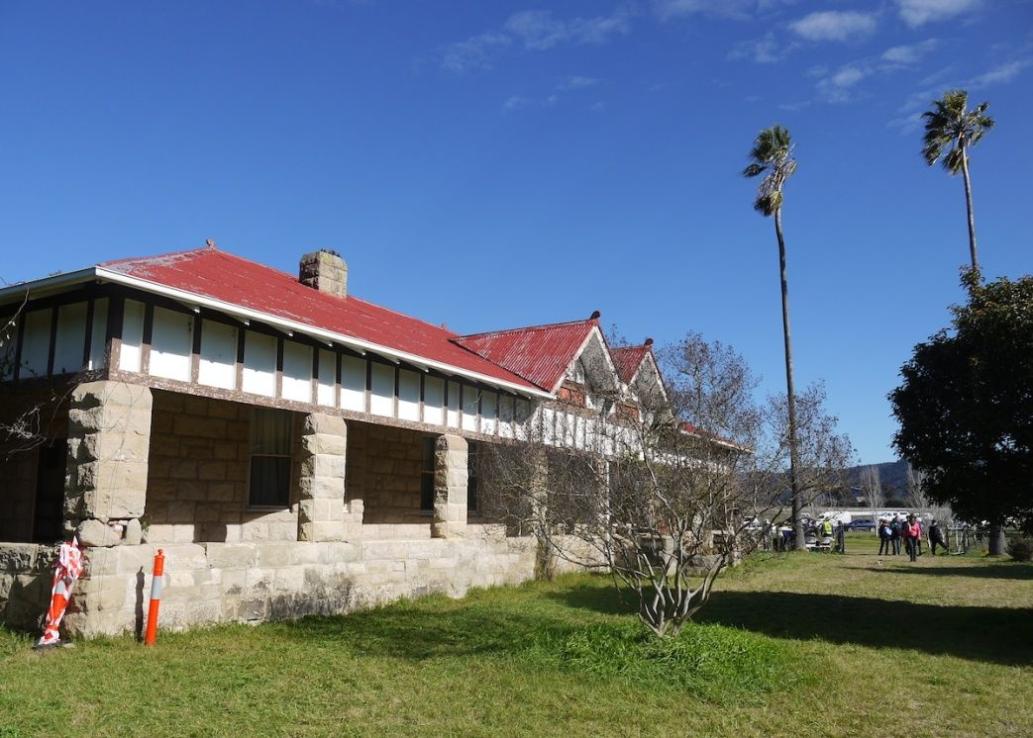 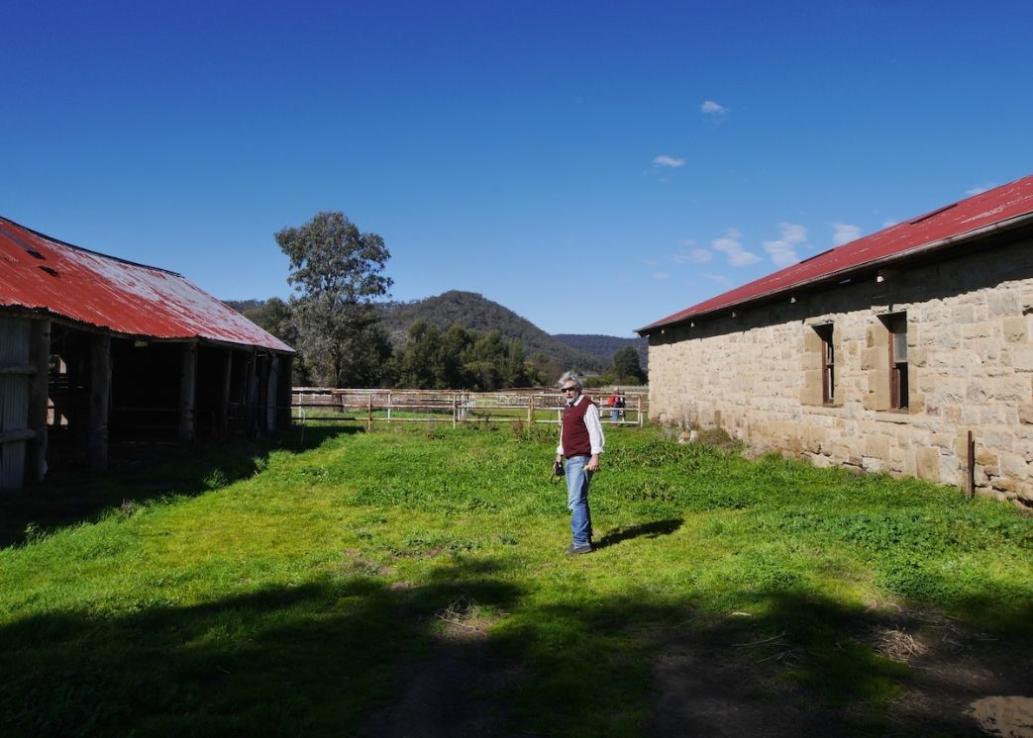