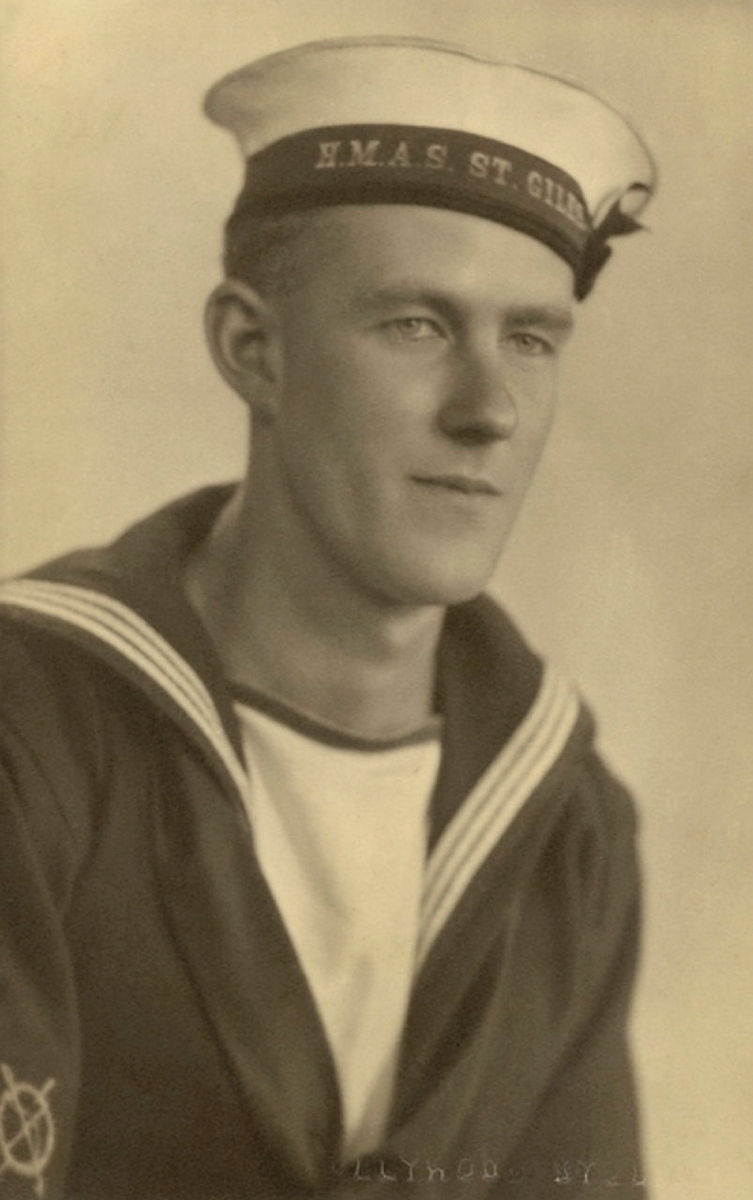 Photo: Studio portrait of S/4449 Ordinary Seaman (OS) Thomas Welsby Clark. On 19 August 1941 he became a crew member of HMAS Sydney and was one of the 645 crew who lost their lives following an action with the disguised German merchant raider Kormoran off the coast of Western Australia on 20 November 1941.Supplied: RAN and Australian War Memorial

Eighty years after the Australian warship HMAS Sydney (II) sunk off the West Australian coast, the only body recovered from the tragedy has now been identified.

AB Clark is believed to be the only sailor to have made it to a life raft after the ship went down.

Despite surviving the battle and the sinking, he tragically died at sea in the life raft. His remains were found near Rocky Point on Christmas Island nearly three months later.

DNA samples collected from his body in 2006 have been extensively tested over the past 15 years and revealed both mitochondrial DNA, passed from mother to child, and Y chromosome DNA passed from father to son.

Minister for Veterans Affairs and Minister for Defence Personnel Andrew Gee said the formal identification was a significant development in Sydney’s story and an historic moment for Australia.

“It is says a lot about Australia that, despite the decades that have passed, our nation is still working so hard to identify those lost in war and ensuring we honour the sacred commitment to remember them.

“I know this is a terribly sad time for Tom’s family. Like his brave shipmates, he died defending Australia, our values and way of life. His family should be immensely proud.

“The Office of Australian War Graves has agreed that next year Tom’s grave in Geraldton War Cemetery will be marked by a new headstone bearing his name. He will be ‘unknown’ no longer.

“By identifying Tom, our nation honours all those who lost their lives in HMAS Sydney (II).

“His story helps Australia understand the immense sacrifice made for our country and also the loss and grief that is still felt by the descendants of those who perished on that day.

“Today our nation also extends its deepest sympathies to the descendants of the 644 other crew members who were sadly never recovered after that infamous battle.

“They gave their lives protecting our nation and fighting tyranny, and by ending the threat posed by the Kormoran they undoubtedly saved many other Australian lives.

“At this time we remember them and all of the 39,000 Australians who lost their lives in the Second World War.” 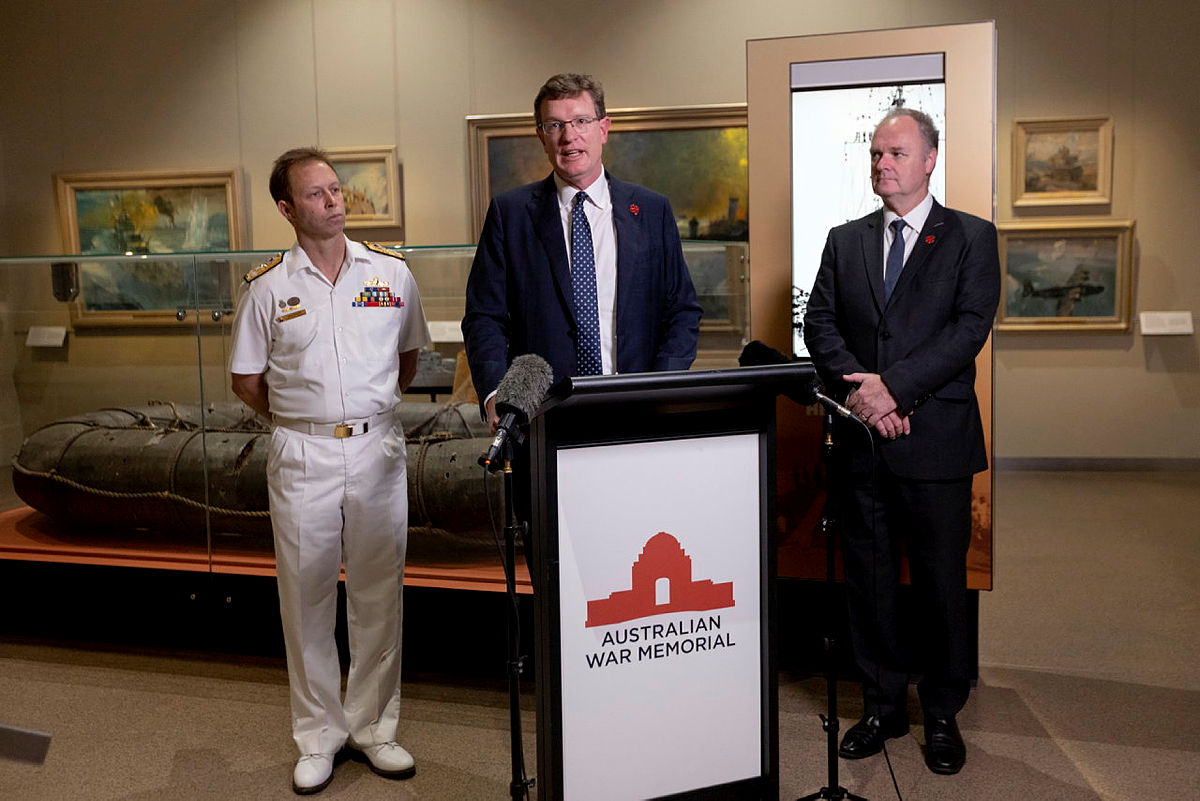 Chief of Navy Vice Admiral Mike Noonan said AB Clark was just 21 years old when he died and was representative of the many young lives lost in the battle.

“We revere the service and sacrifice of all who perished.

“His long voyage is complete, may he Rest in Peace.” 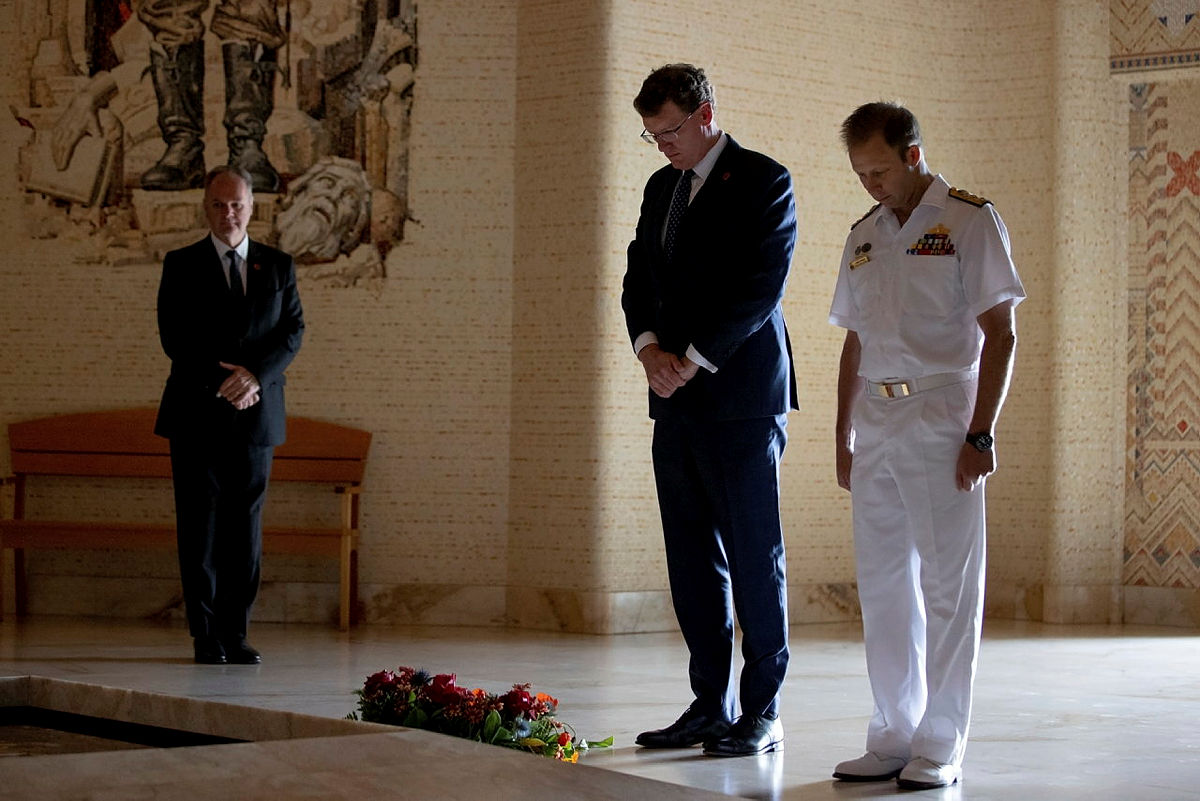 Dr Leigh Lehane, (a retired academic) was surprised and saddened to learn her Uncle Tom was the unknown sailor.

“To be quite honest it was a bit upsetting,” she said.

However, she said establishing the truth was important.

“I am so grateful for the many, many people, well over a hundred, who helped ascertain the truth about his identity,” Dr Lehane said.

She was born in July 1941, the month before her Uncle Tom joined Sydney. According to a family story he met his new niece on a final visit to Brisbane.

“He came and held me as a little baby. That’s a very pleasurable thought because I don’t think anyone else is alive now who knew Tom sort of eye to eye,” Dr Lehane said. 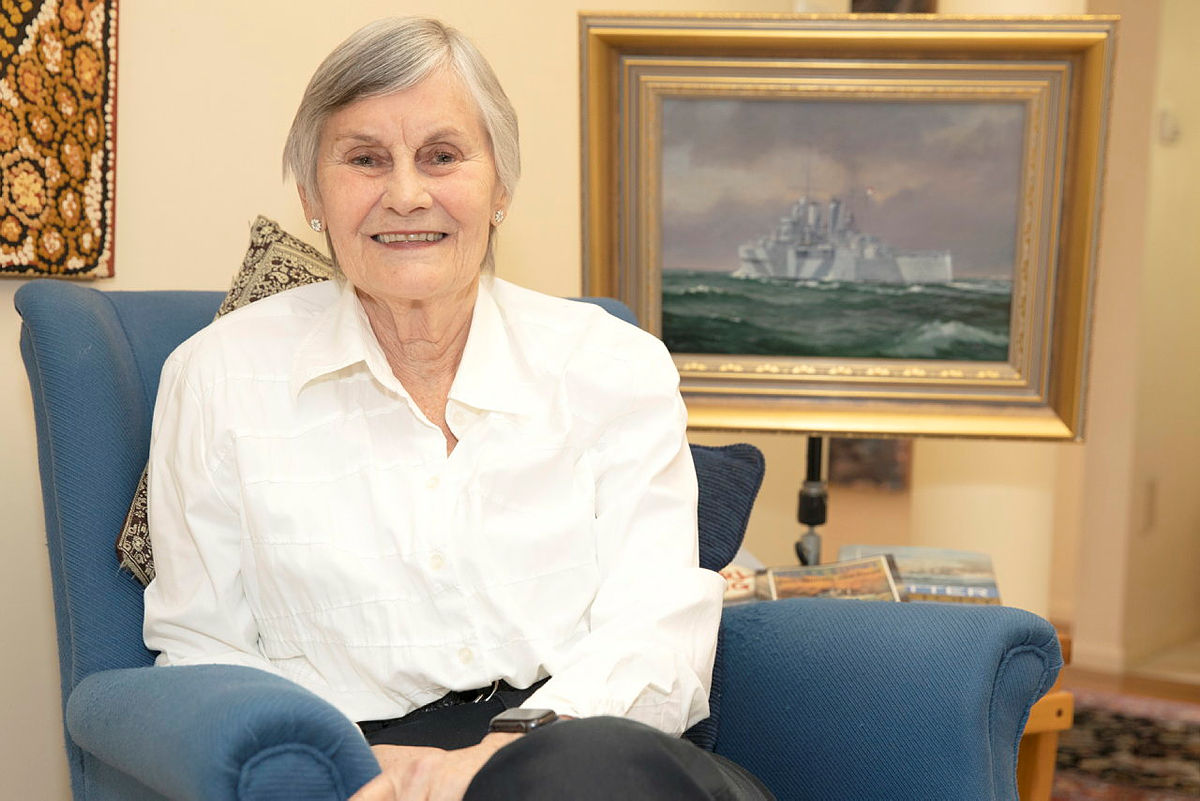 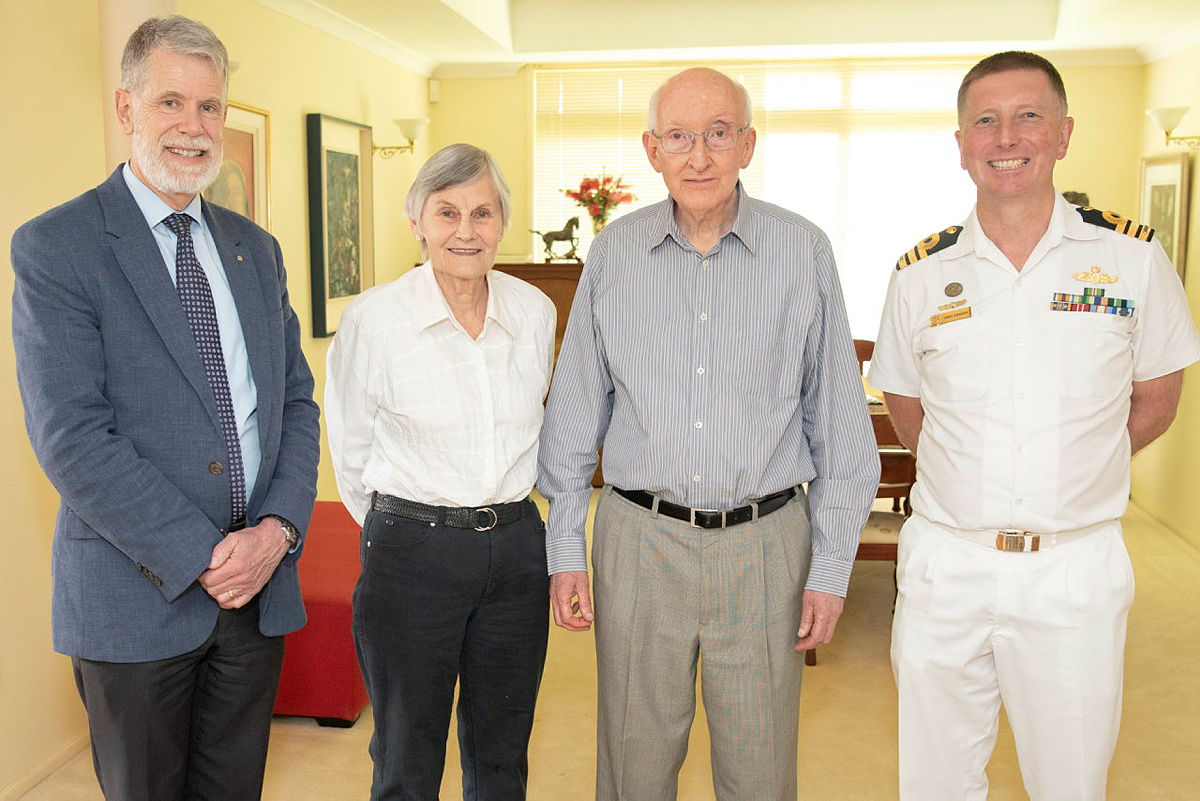 Thomas Welsby Clark was born in the Brisbane suburb of New Farm, Queensland on 28 January 1920; the third son of James Colin Clark and Marion Clark (nee Welsby).  His father was a grazier who was the eldest son of James Clark, an orphan, who as the result of hard work and wise business investments in the pearling industry had risen from abject poverty to become one of the richest men in Queensland.  Thomas’s mother descended from Scottish immigrants who had arrived in Victoria in the early 1850s.

Thomas was educated at Slade School in Warwick, Queensland but also spent time working on the family properties and their Brisbane oyster leases.  He was an excellent swimmer and a keen yachtsman.  Upon leaving school he became an accountant in Brisbane and on 14 March 1939 enlisted in the Militia (Army Reserve) as a private in the Queensland Cameron Highlanders.  He was discharged from the Militia on 19 August 1940 in order to join the Royal Australian Navy. His elder brothers, Arthur and James served in the Army and Air Force respectively.

Thomas Clark joined the Royal Australian Naval Reserve on 23 August 1940 and was posted to the anti-submarine training school, HMAS Rushcutter, in Sydney where he completed training as a Submarine Detector. On completion of his training he served as an ordinary seaman in the anti-submarine training ship HMAS St. Giles based in Sydney Harbour.  Thomas was promoted acting able seaman on 15 July 1941 before completing a short period of training at HMAS Cerberus, the RAN’s premier training depot in Victoria, during July –August 1941.

On completion of that training he joined the light cruiser HMAS Sydney, in August 1941 which at that time was tasked with conducting patrol and escort work on the Australia station. 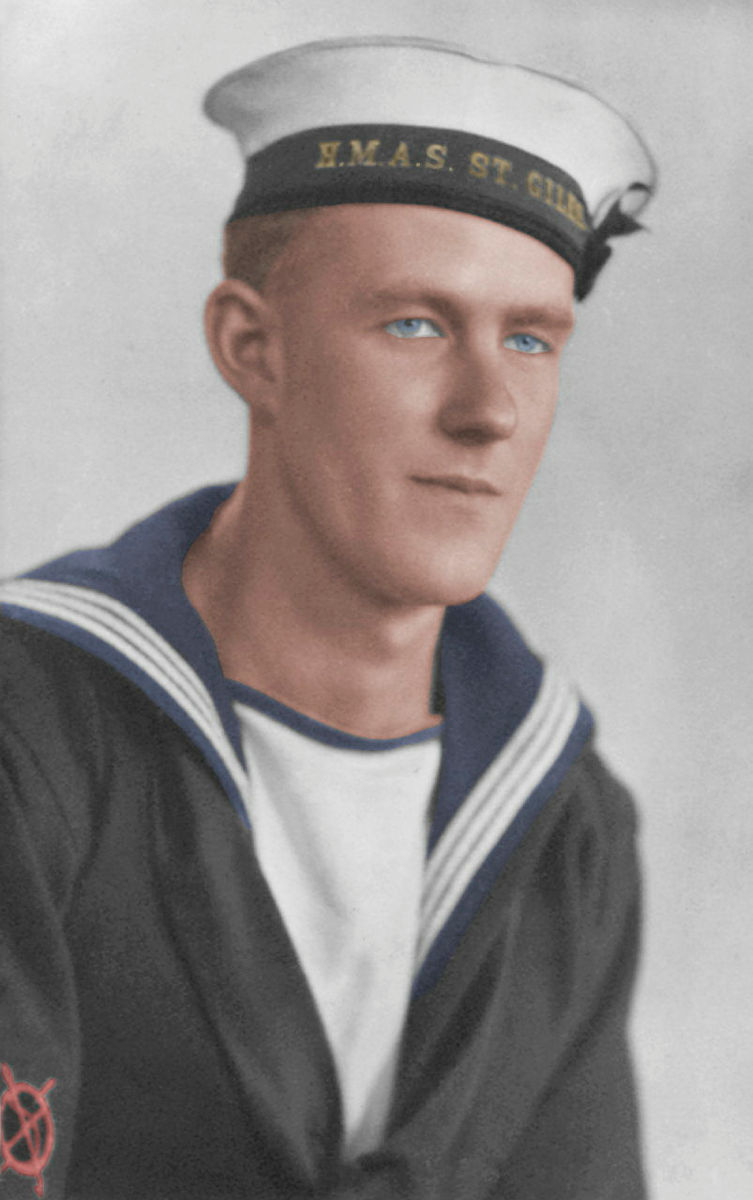 A colourised studio portrait of S/4449 Ordinary Seaman (OS) Thomas Welsby Clark. On 19 August 1941 he became a crew member of HMAS Sydney and was one of the 645 crew who lost their lives following an action with the disguised German merchant raider Kormoran off the coast of Western Australia on 20 November 1941. Supplied: RAN

On 17 November 1941 in the vicinity of Sunda Strait, Sydney handed the troopship escort over to the cruiser HMS Durban before commencing the return voyage to Fremantle.

The loss of Sydney’s 645 crew accounted for more than a third of the Royal Australian Navy’s casualties during World War II.

Kormoran was scuttled following the engagement and 318 of the crew survived the action.

The largest piece of wreckage found from Sydney was a shrapnel damaged life raft known as a Carley Float, which is now on display in the Australian War Memorial.

On 6 February 1942 a Carley Float, described as being of the same pattern as that recovered from Sydney, was spotted drifting close inshore off Rocky Point, Christmas Island (Indian Ocean).

The body was clad in blue overalls bleached almost white by the sun and exposure to the elements.

With Japanese occupation imminent, the body was buried in the Old European Cemetery with military honours in an unmarked grave.

On the eve of the 60th anniversary of the sinking in 2001, the National HMAS Sydney Memorial in Geraldton was opened overlooking the Indian Ocean. The memorial includes a domed roof of silver gulls, representing the souls of the 645 men who lost their lives and a bronze figure of a woman looking out to sea, signifying the families of all those who failed to return.

On 30 September 2006 the unknown sailor’s grave was located by a team of experts and a male skeleton exposed. It was carefully removed and respectfully repatriated to mainland Australia for further examination.

At that time the Navy’s Sea Power Centre - Australia (SPC-A) initiated efforts to identify the sailor by accumulating as much personal information as it could from relatives of the crew of Sydney.

On 17 March 2008 the Australian Government announced that the wrecks of both Kormoran and Sydney were located in more than 2000 metres of water about 222 kilometres west of Steep Point, Western Australia.

The remains of the Christmas Island man were re-interred at the Commonwealth War Graves Cemetery in Geraldton on 19 November 2008 with full naval honours.

Over the last decade the SPC-A, scientific and forensic experts and a significant number of relatives from those lost in HMAS Sydney (II), including those of the six RAAF men and four civilian canteen staff, have contributed to unravelling the riddle of who the unknown sailor might be. 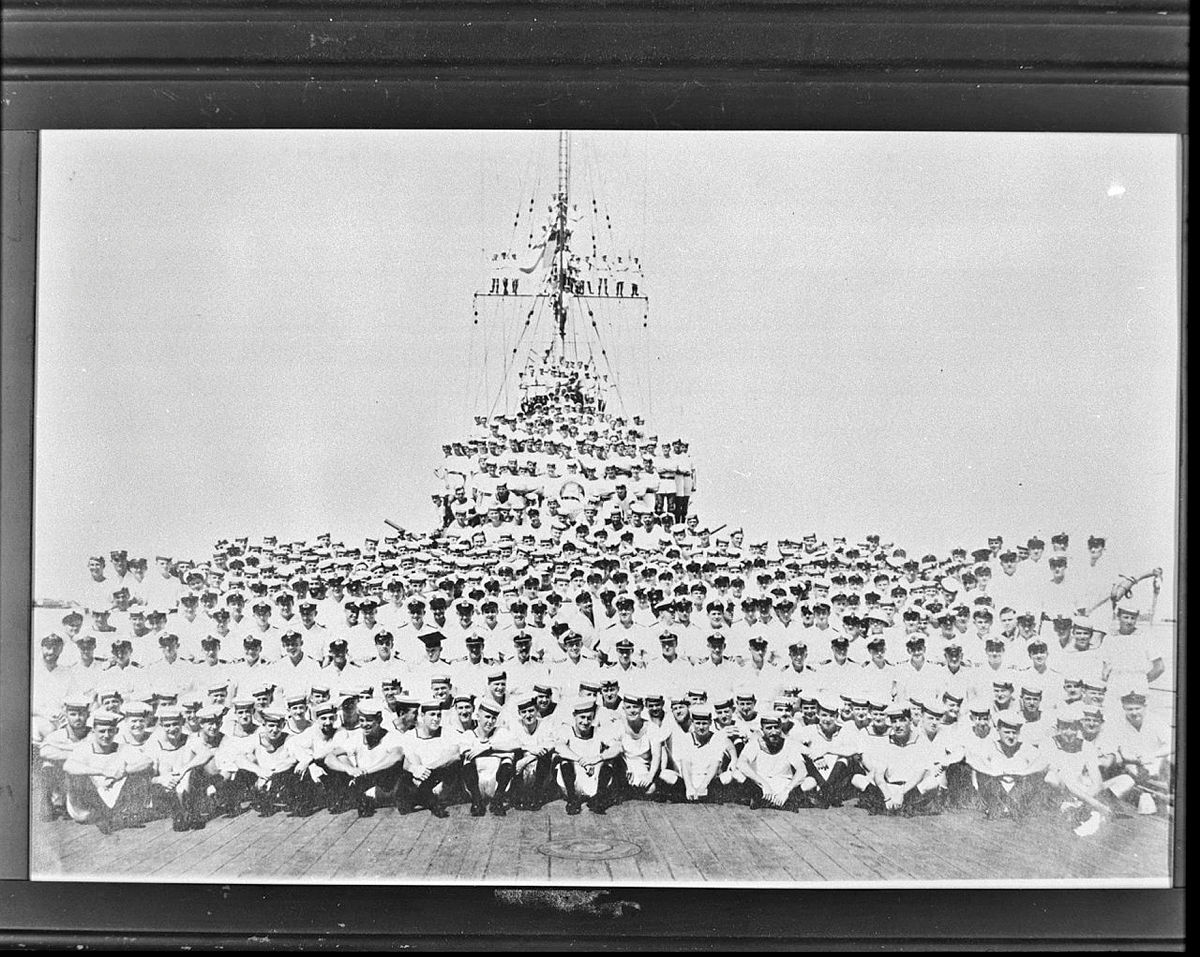 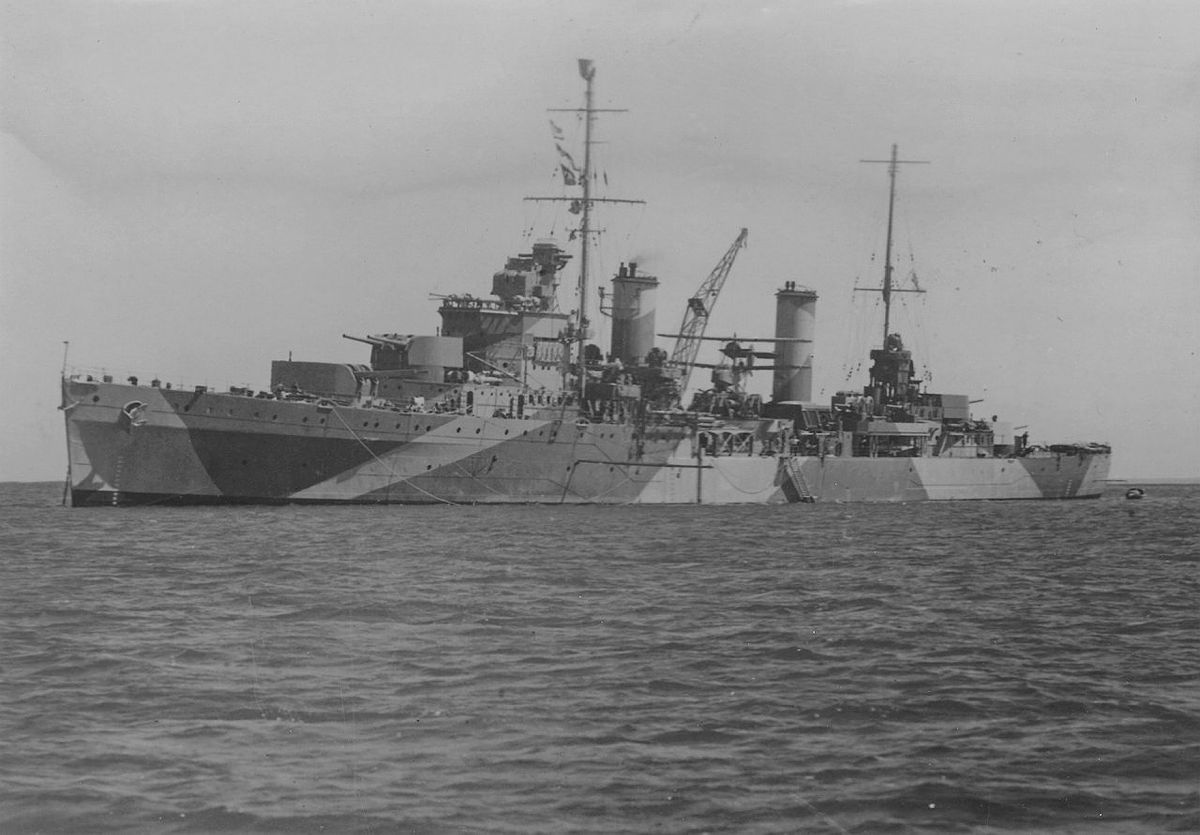