United in Action to Stop Suicide 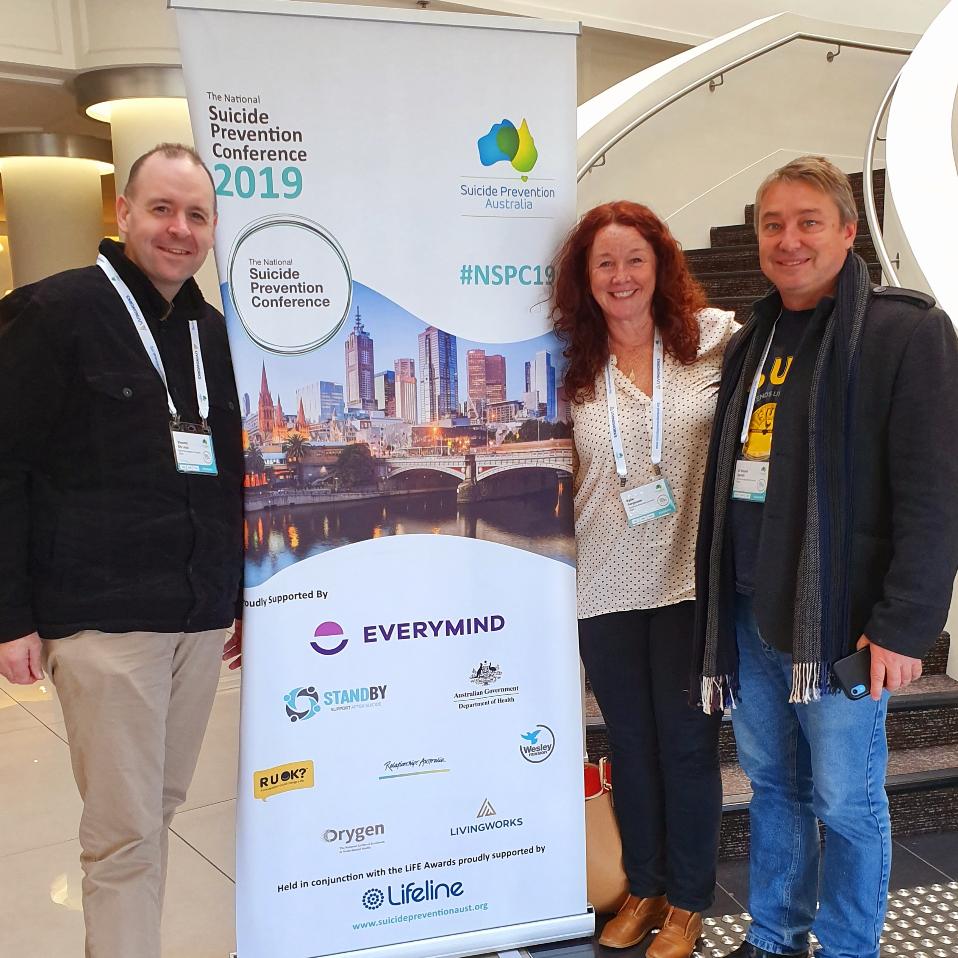 In 2019 the National Suicide Prevention Conference was held at the Pullman Albert Park in Melbourne, Victoria. Each year, the Conference is held in a different location as a way of focusing attention on the contributions made in all parts of Australia towards the shared vision of a World Free of Suicide.

This year’s theme was United In Action.

The theme reflects the unique nature of the National Suicide Prevention Conference, which is highly regarded for its ability to bring people from a wide range of backgrounds and communities together.  This unification enables delegates to learn from each other, network and have shared experiences.

This is also a time when Conference participants can obtain up-to-date information on policy and national program activities, such as the National Suicide Prevention Trial Sites, place-based and regional projects, and the crisis response and aftercare reforms that are underway.

Throughout the Conference program, lived experience expertise informs the interpretation of the theme, so that United In Action can mean we are united with those people, families and communities that have felt the impact of suicide, and look forward with hope for change.

The conference heard that to reduce suicide it is imperative that the stigma surrounding talking about suicide is removed and people be encouraged to speak out and seek support when having problems.

Councillor Kylie Ferguson stated “it was impressed upon us that to prevent suicide we need to normalise ‘help seeking behaviour’ and increase it’s acceptability.  As a mother, I know first hand, the tribulations our youth experience and for many years I have worked in the Pittwater area to promote better mental health and wellbeing”.

“One of my biggest achievements was to lobby for money to ensure the establishment of the Avalon Youth Hub which is doing significant work to help our younger people with better mental health and wellness”.

Councillor Stuart Sprott said “I was devastated by the statistics that showed an increase in suicides and attempted suicides on the Northern Beaches”.

“I am particularly interested to learn that stigma and shame are the greatest barrier to  people seeking help.  We must do everything possible to ensure that people know where to get support.  We need to spread messages of help and promote the use of coping resources especially with youth and in the LGBTQI community that has a higher rate of suicide”.

The three Councillors have submitted a Notice of Motion to the next meeting of Council (see attached) in an aim to better educate and support our local community and our sister city Brewarrina which has a significant rate of suicide.

The motion calls for prevention, intervention and postvention seminars both locally for the community here and in Brewarrina and to also education indigenous leaders in suicide prevention.

Councillor De Luca, who was a delegate to the first Australian Youth Suicide Prevention Convention in Federal Parliament in 1997, President of Curl Curl Youth and Community Centre for 20 years and has had a great interest in the matter since his teenage years, stated “I am alarmed that the Northern Beaches is experiencing similarly high statistics of suicide now as to when they were at their highest in the 1990’s.  One death is too many and by uniting to talk, support and encourage help seeking we can save lives”.

‘Sadly, our indigenous community has twice the number of suicides, we must do all possible as a Sister City to do something meaningful that will help the Brewarrina community address this confronting issue facing our society, united in action we can all make a difference’” Cr De Luca concluded.

If you or anyone you know needs help, please contact: 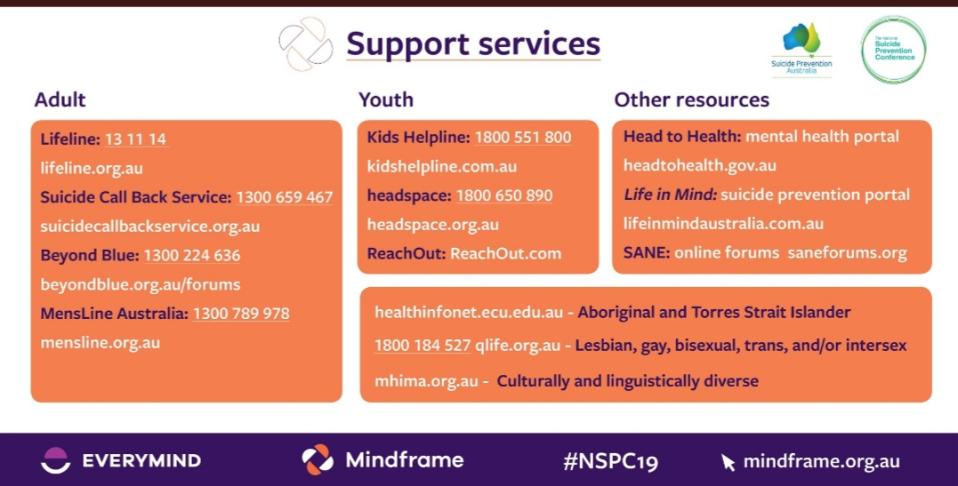