Unlocking Stories from the sandstone 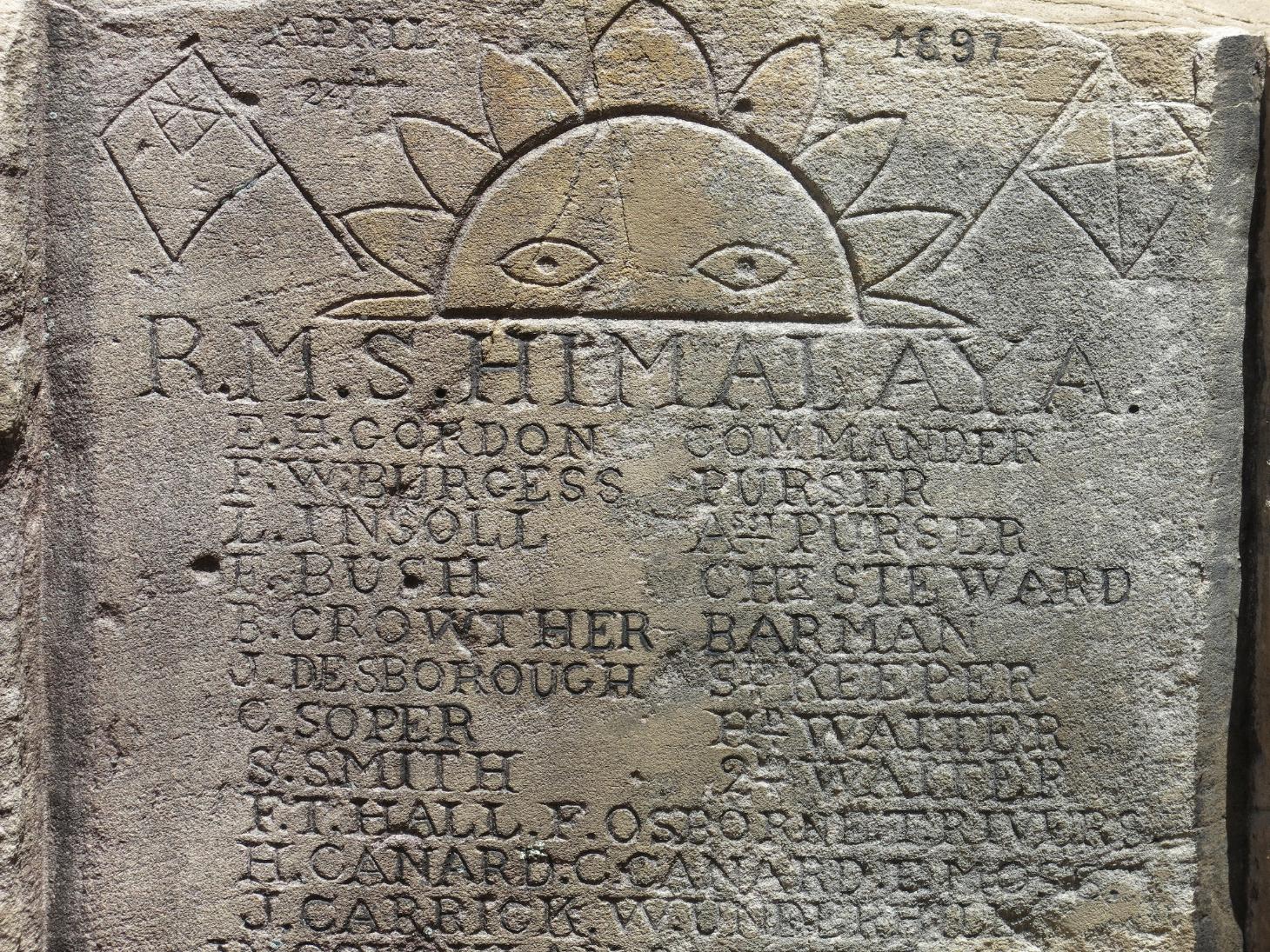 Disease, quarantine, and lockdowns. It feels like the world is upside down thanks to the COVID-19 pandemic that has swept the world, taking lives, separating people from friends and family, and ruining businesses.

However, the idea that we can control disease with lockdowns and quarantine has been with us for centuries. The word quarantine derives from quarantena or 40 in Italian, referring to the 40 days of isolation sailors, their boats and their passengers and goods had to undergo in 14th century Venice because of the bubonic plague.

The Northern Beaches has its own slice of quarantine history at the old Quarantine Station at North Head. Here, between 1828 and 1984, tens of thousands of people who sailed to Sydney as immigrants or sailors, were housed for several weeks, to protect the city from any disease they may have brought with them.

Their stories are literally inscribed in the sandstone around North Head. Look hard enough and you will find the names of ships and their officers, ship emblems, memorials to those who died en route to Sydney or at the quarantine station, messages and poems in Chinese, Arabic, Hebrew, Greek and Russian. There is even a Maori tiki and several Japanese flags etched into the rock.

Professor in Archaeology and Heritage Studies in the Department of Archaeology at the University of Sydney, Annie Clarke, is one of a team of archaeologists and historians who documented the engravings and unravelled many of the stories embedded in the sandstone.

You can read about their detective work in their book Stories from the Sandstone, published a few years ago, and available at the local library.

Speaking to Wendy Frew, host of Radio Northern Beaches show, The Coast, Professor Clarke describes the quarantine station as an extraordinary archaeological and historical site, both because of its buildings and quarantine infrastructure and because of the large number of inscriptions.

“Over time, buildings have come and gone, things have been knocked down or rebuilt … there were changes in the way patients were treated, changes in medical theory, medical knowledge … it is a very interesting history and, of course, has huge parallels with what we are all going through today,” she said.

The historical team used the information recorded by the archaeologists about the ships, the diseases, and the people, and worked back through the historical records to find out where they came from, what their stories were, and where they went after quarantine.

“We ended up recording about 1600 engravings and, depending on where we were in the landscape, we certainly didn’t see everything because of vegetation regrowth over the 160 years since they were first building that quarantine station,” says Professor Clarke.

The inscriptions vary widely, from simple lists of the names of officers on particular ships, to faces sculpted into cliff ledges, religious icons, large bas-relief company logos and flags, and even love hearts.

The types of people whose names were inscribed on the rocks changed over time, as education and emancipation changed attitudes, says Professor Clarke.

“In the early part of the 19th century it is the officers, then later on it becomes the sailors and ordinary seamen … they are mirroring social changes in a way.”

The inscriptions weren’t just made on the sandstone cliffs, she says.

“We found engravings on trees, on beams [inside the buildings], on the slate drain covers … You see it today in the bush … people scratch their names on the rocks. It is just something people do and have always done.”

The biggest group of inscriptions is at the station near the wharf on Quarantine Beach facing Sydney Harbour, easy to spot if you make the journey to the station by ferry.

The quarantine station is now a boutique hotel and wedding and conference venue but there is a small museum at the wharf containing a collection of station artefacts where you can learn about the passengers’ journey to Australia, the diseases they were exposed to on those journeys and the stories of life in quarantine for both passengers and staff.

The irony is, of course, that the station is currently closed because of Sydney’s COVID-19 lockdown.

If you want to hear more about Professor’s Clarkes sandstone sleuthing, tune in to Radio Northern Beaches on Friday 24 September at 11am, on 88.7/90.3 FM for the first episode of a new season of The Coast.

Upcoming episodes include a discussion about why we should keep our cats indoors; how to build ecologically friendly housing developments, and the truth about bandicoots and ticks.

You can listen via the stream from RNB’s website http://rnb.org.au/stream/ and you can listen to all episodes of The Coast at any time on streaming platform Mixcloud. Go to https://www.mixcloud.com/TheCoastRNB/. 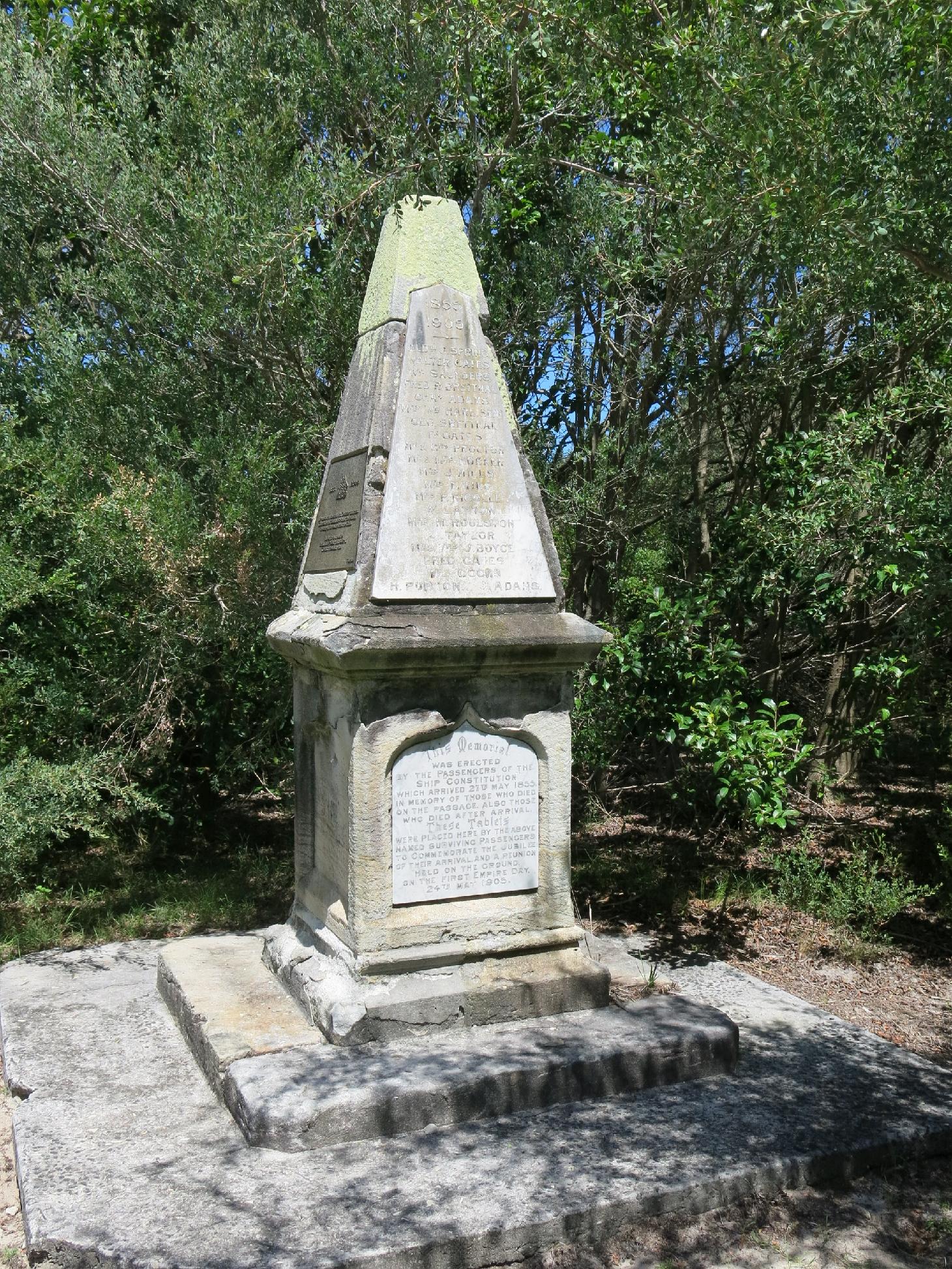