Manly Dam had the highest concentration of neurotoxin BMAA in Testing for study: BMAA links with Neurodegenerative Diseases 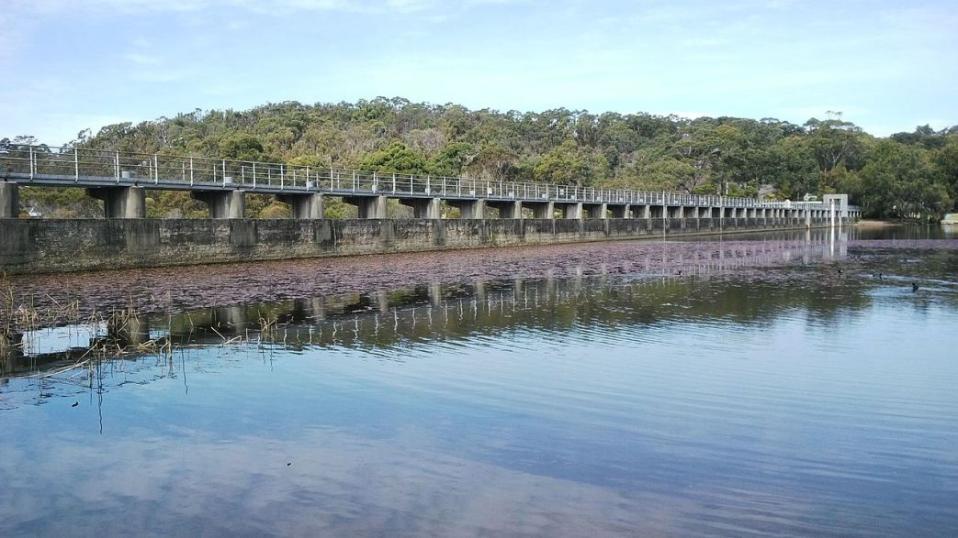 Manly Dam had the highest concentration of BMAA. (photo by CamV8/CC BY-NC-ND 2.0)

Algal blooms in major Australian rivers are releasing a toxic chemical that may contribute to the development of motor neuron disease (MND).

My colleagues and I tested algae from waterways in New South Wales, and found that a neurotoxin called BMAA was present in 70% of samples, including those from crucial water sources such as the Darling and Murrumbidgee rivers.

This compound is well known overseas, and has been found in waterways in the United States, Europe, Asia, and the Middle East. But this is the first time it has been detected in Australia. Although its presence has been suspected, it was never specifically tested until now.

Two samples containing BMAA were collected from the Murrumbidgee River, which runs through the NSW Riverina, a hotspot for MND in Australia. Positive samples were also collected in Centennial Park and Botany wetlands in central Sydney, as well as Manly Dam on Sydney’s Northern Beaches.

In the past 30 years, Australian rivers have had the dubious honour of hosting some of the largest algal blooms in history. In 1991 a bloom stretched along more than 1,200km of the Darling River, prompting the New South Wales government to declare a state of emergency. The army was mobilised to provide aid to towns.

Since then, southeast Australia has had four large blooms, most recently in 2016. The future isn’t promising either. Rising water temperatures mean blooms are likely to increase in frequency and duration in the future.

Multiple state agencies monitor populations of types of bacteria in Australia, regularly testing water quality and issuing alerts when blooms are present. This testing is necessary because of the impressive number of toxins that cyanobacteria can produce, ranging from skin irritants to liver and neurological toxins. Most of these compounds are relatively fast-acting, meaning that their effects take hold rapidly after exposure.

The neurotoxic compound BMAA, however, is not currently part of regular testing, despite links between long-term exposure to algal blooms and the development of diseases such as MND. BMAA is known to be produced by a type of freshwater and marine bacteria, as well as some species of algae.

How BMAA affects our health

Research in America found that regular participation in water-based recreational activity resulted in a threefold increase in the risk of developing MND. Satellite mapping also revealed that lakes prone to algal blooms were often surrounded by clusters of MND patients.

Southwestern NSW has become a focus for MND researchers since 2014, due to the presence of a hotspot for MND cases around the Riverina. The town of Griffith has reported a prevalence of this disease that is nearly seven times higher than the national average of 8.7 cases per 100,000 people. Hotspots like these can help researchers identify environmental factors that contribute to diseases.

This is particularly important in MND, in which only 5-10% of patients have a family history. The other 90-95% of cases are sporadic, occurring without warning. It is possible that BMAA exposure, in association with genetic, or other environmental risk factors, contributes to the high incidence of MND in the Riverina.

BMAA also has a similar structure to the amino acids that make up the proteins in our body. We hypothesise that this contributes to its toxicity and ability to build up in animal tissue and in plants that are exposed to contaminated water.

Similar to mercury, BMAA can accumulate in the food chain, which means that people could be consuming relatively large amounts of it through their diet. A US animal study found that dietary exposure to BMAA resulted in the formation of plaques and protein tangles in the brain, which are hallmark features of neurodegeneration.

Research now needs to focus on tracking and monitoring algal blooms to detect the presence of BMAA, and determining how long it remains in the ecosystem after these blooms occur.

This can potentially help to reduce human exposure to BMAA. Although the factors that cause MND are many and varied, we hope this understanding could ultimately help to reduce the number of people who develop the disease.

The emerging toxin β-methylamino-l-alanine (BMAA) has been linked to the development of a number of neurodegenerative diseases in humans including amyotrophic lateral sclerosis (ALS), Alzheimer’s disease, and Parkinson’s disease. BMAA has been found to be produced by a range of cyanobacteria, diatoms, and dinoflagellates worldwide, and is present in freshwater, saltwater, and terrestrial ecosystems. Surface scum samples were collected from waterways in rural and urban New South Wales, Australia and algal species identified. Reverse phase liquid chromatography-tandem mass spectrometry was used to analyse sixteen cyanobacterial scum for the presence of BMAA as well as its toxic structural isomer 2,4-diaminobutyric acid (2,4-DAB). BMAA was detected in ten of the samples analysed, and 2,4-DAB in all sixteen. The presence of these toxins in water used for agriculture raises concerns for public health and food security in Australia.

The above article was first published in The Conversation, May 8th, 2018.