Hosted by the Minister for Police and Emergency Services, The Hon. David Elliott MP, the event was an opportunity for NSW politicians to thank Surf Life Saving volunteers personally for the work they do in protecting lives along the coastline. It was also an opportunity to recognise the bi-partisan government support Surf Life Saving NSW enjoys and to acknowledge the commitment the organisation has to coastal safety.

Minister for Police and Emergency Services, David Elliott, said that he was thrilled the SLSNSW Volunteer Recognition Day at Parliament House allowed politicians from across the state to engage with volunteer surf lifesavers.

“This coming summer our volunteer surf lifesavers will be even more important because we know that most of the domestic tourism destinations are going to be full. Australians will be making up for the COVID winter lockdown and really taking advantage of the summer break,” said Minister Elliott.

In what’s becoming tradition, an inflatable rescue boat (IRB) was installed in the level nine courtyard of NSW Parliament House to highlight the role this pivotal piece of lifesaving equipment has played in saving lives on Australian beaches over the past 50 years.

Parliamentary Friends of Surf Life Saving Chairperson Melinda Pavey, Minister for Water, Property and Housing was among the MPs who attended the event along with Andrew Constance, Member for Bega and Minister for Transport and Roads.

Minister Constance was one of the thousands of people who sheltered at Batemans Bay SLSC during the January Bushfires that engulfed much of the NSW Far South Coast.

"The best thing about Volunteer Recognition Day is that you have politicians from across the political divide here in a bipartisan way, loving Surf Life Saving," said Minister Andrew Constance.

“Just having the confidence and the calmness of the surf lifesavers made a world of difference to keeping thousands of people safe on a beach as we took the full brunt of the firestorm. So for me, I’ll never forget that care, that love, that support that’s shown by the Surf Life Saving movement towards their communities.

“It’s every day of the week that lives are being saved by the Surf Life Saving movement and with people coming away to the regions, for goodness sake please swim between the flags,” he said.

“Surf Life Saving NSW Volunteer Recognition Day is a great opportunity for our surf lifesavers to meet with our political leaders and to celebrate the bi-partisan support we enjoy from parliamentarians across the political spectrum for our vision of zero preventable deaths on the NSW coastline,” said Steven Pearce.

Following the Surf Life Saving Day event, the youngest surf lifesaver at the event, Abi, who is a Nipper, was invited to meet NSW Premier Gladys Berejiklian with Minister David Elliott and CEO of Surf Life Saving NSW, Steven Pearce. 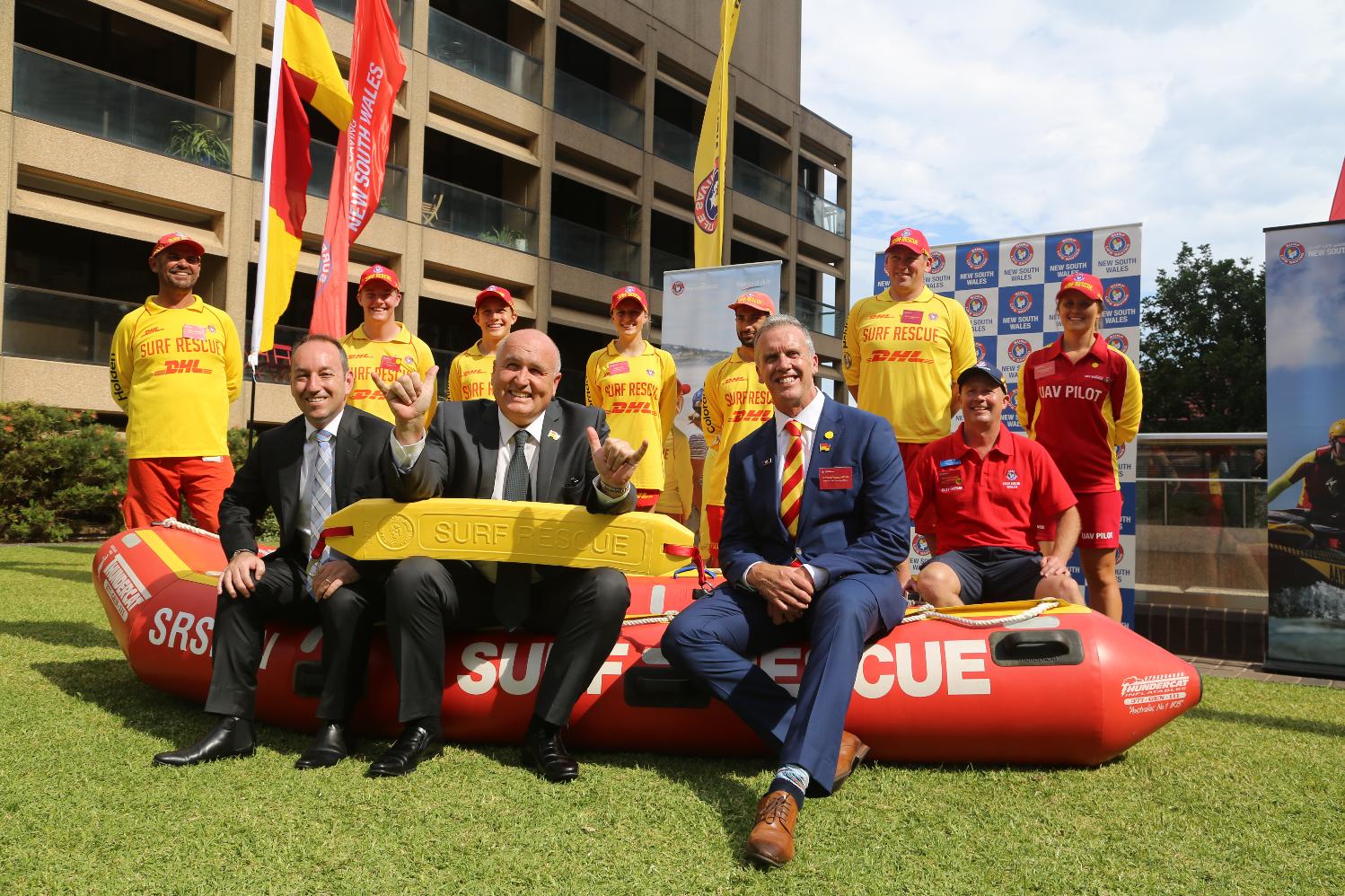