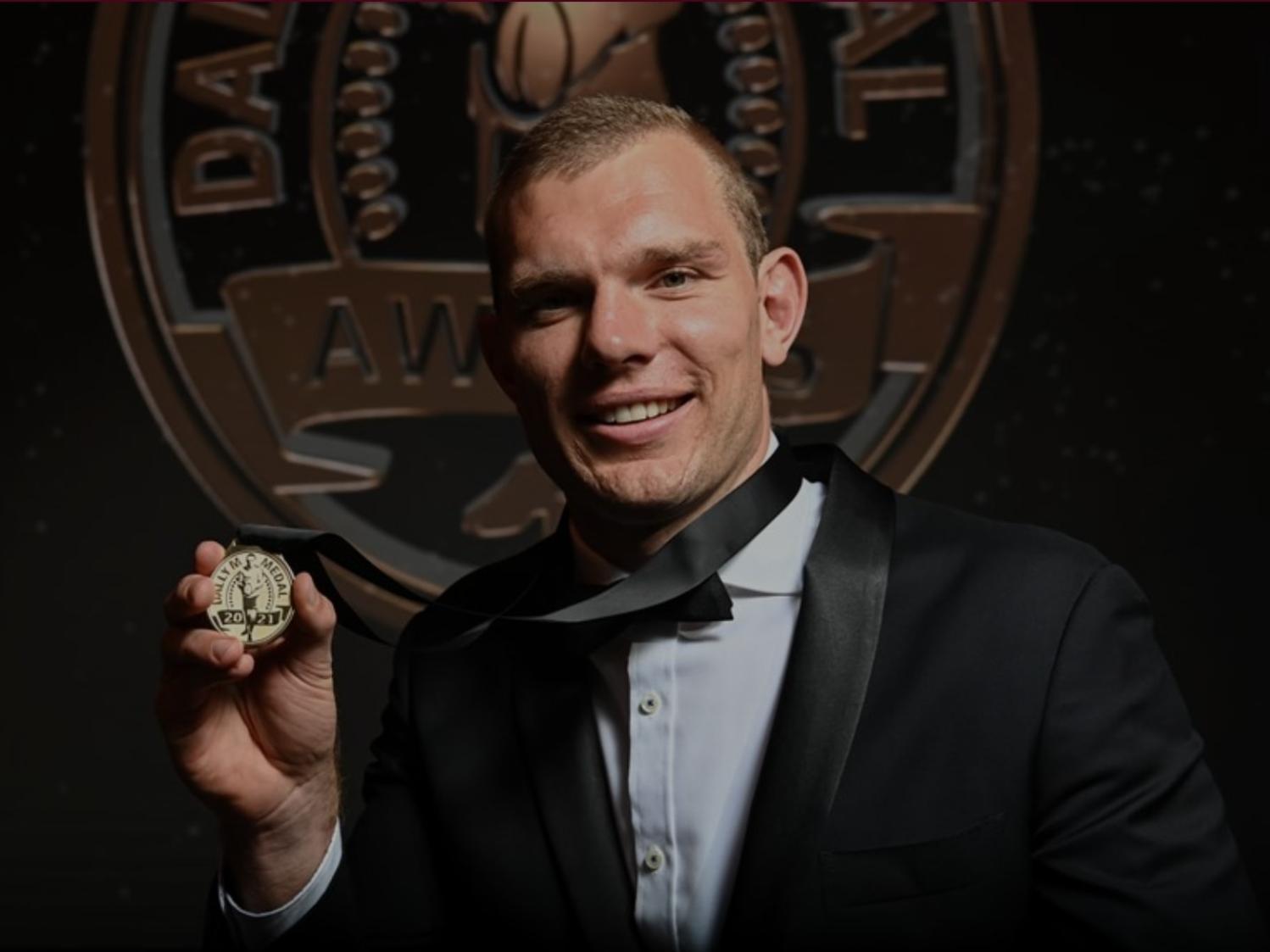 In a ceremony held in Brisbane for the first time ever, Tom  became the first Sea Eagles player to win the coveted award since Matt Orford won in 2008.

This year’s Dally M Awards once again featured a full 13-man team as its Team of the Year.

Melbourne Storm’s remarkable season was celebrated with a number of landmark achievements - Craig Bellamy won Dally M Coach of the Year, while the 19-match winning streak – which equalled the efforts of the 1975 Roosters team – was named the Peter Frilingos Headline Moment, alongside Justin Olam (Centre of the Year) and Brandon Smith (Hooker of the Year).

Retiring Sydney Roosters centre Josh Morris was given the honour of winning the Provan-Summons Medal – the Spirit of the Game award – after the emotional embrace with his twin brother Brett following Brett’s season-ending injury in Round 8.

Sydney Roosters fullback James Tedesco was awarded Captain of the Year, while teammate Sam Walker was rewarded for a stellar season with Rookie of the Year honours.

“Congratulations to every winner. Tonight we reflected on the people and moments of the season. The players. The coaches. The teamwork. The deep tribalism. The unmatched athleticism. The unforgettable moments of brilliance.”

Tom Trbojevic was also named the Dally M Fullback of the Year and Try of the Year for the Sea Eagles' Round 25 win over the Cowboys, and the length-of-the-field team try finished by Tom.

Trbojevic secured the Dally M Medal in Round 24 after polling three points in the win over the Bulldogs.

He polled an incredible three points in 11 matches in 2021 to finish the regular season with 25 tries, 30 line breaks and 27 try assists in 15 matches after missing the first five matches through a hamstring injury.

The Dally M Medal then capped off arguably the best ever season seen by an individual player by finishing the entire season with 28 tries, 28 try assists, 124 tackle breaks, and 33 line breaks from a combined 18 games.

"I'll start off by saying what an honour it is to win this award," Tom said.

"I was just reading the past winners and to be recognised amongst that list is pretty special. I don't think it will ever sink in.

"I'll start my thank-yous to the NRL and Queensland government, what they've done over the past three months has been incredible.

''Transferring the Game up here and everyone being able top keep doing what we love doing; everyone is very thankful for that.

"To the Manly boys, Dessie and Chez (Cherry-Evans) and the playing group, I couldn't have done it without you. This medal is a beneficiary for all your hard work and effort. I can’t thank you enough for it.

The Dally M Medal follows on from Trbojevic winning the Roy Bull ‘Best and Fairest’ Award at Manly’s presentation night on Sunday. It was the second time Trbojevic won the award after claiming it in 2016.

Trbojevic also set a new Club record for Most Tries in a Season for Manly with 28 tries to break Phil Blake’s 1983 record of 27 tries in 24 games, including finals.

Garrick took one of the two wing positions alongside Brian To’o for his phenomenal record-breaking season that saw him record 334 points.

Cherry-Evans was also nominated for Captain of the Year, won by James Tedesco.

Des Hasler was also nominated for the Coach of the Year award, won by Craig Bellamy.

Trbojevic was presented with the Roy Bull ‘Best and Fairest’ Award for 2021 by Coach Des Hasler at a Sea Eagles presentation night held for players and coaching staff as well as their families at Lilys On The Lagoon at the Novotel Sunshine Coast Resort.

The Roy Bull ‘Best and Fairest’ Award is named after Manly’s first international player. Bull played 22 Tests for Australia and 177 games at prop for Manly.

Twenty-four-year-old Trbojevic produced one of the finest individual seasons ever seen, taking all before him in 2021.

Trbojevic scored 28 tries in 18 games to set a new Club record for Most Tries in a Season in a year that saw him cross for five hat-tricks for the Sea Eagles.

It was a very rewarding night for Trbojevic who also received the NRL Players’ Player Award, the NRL Leading Try Scorer award, and the Gordon Willoughby Medallion for Best Player as voted by the Manly Members.

Garrick finished the season with an incredible 334 points from 23 tries and 121 goals to set a new Club Record for Most Points in a Season.

The Club also revamped the eligibility criteria for the Ken Arthurson Rising Star Award to encompass players who may have debuted in a previous year but had accumulated less than five NRL appearances prior to the beginning of the current season.

Jason Saab and Josh Schuster were announced as joint winners of the Ken Arthurson Rising Star Award after their strong seasons for Manly.

Schuster established himself as a quality, ball playing back-rower while Saab capped off a superb club debut season for Manly with 26 tries.

Josh and Jason had breakout seasons and displayed enormous professional growth through a challenging year. The players enjoy a bond that was initially forged at school and also included their close friend Keith Titmuss. There is no doubt that Keith, who was tragically lost to the Club last year, would have put himself right in contention for this year’s award.

The Steve Menzies Medal for the Play of the Year was awarded to Rueben Garrick for his outstanding effort that led to the NRL Try of the Year award against the Nth Qld Cowboys in Townsville in round 25.

The Doug Daley Clubman of the Year Award was presented to the very popular Toff Sipley for his dedication, passion and commitment, on and off the field for the Sea Eagles.

Sean Keppie won the Club’s Community Award in recognition of his outstanding work with the Sunnyfield, Heroes with Ability, and What Ability Disability Services organisations.