Terrier Of The Outback

Terrier Of The Outback
by Robyn McWilliam

Two couples, two 4WD drives and a circuit in the middle of Western Australia to cover: our drive-by holiday in the Pilbara.

We’d left the mining town of Newman when the incident happened. Morning frost tinged the windscreen. Wiper blades swung back and forth as I strained to see the road. Suddenly just before us I saw a small white dog. My yell came too late. A sickening thud.

Ian pulled over and put the hazard lights on. We both jumped out.

‘You’ve killed a dog,’ I screamed.

Di and Pete had pulled onto the edge behind us. I stood transfixed thinking this was someone’s pet. Ian strode towards his victim. ‘Stay here.’

Glancing over at the distant houses, I saw no one about. Could we door knock only to tell them of their precious pet’s demise? Minutes later he came back to our trio.

‘It’s some kind of terrier. Dead as a dodo. A little blood round the mouth. Its little legs sticking out as if rigor mortis has already set in.’ Ian mimicked the action with his arms.

‘What’ll we do?’ I moaned. ‘It’s someone’s dog and it’ll be missed.’ It was still only 6 am; another early departure demanded by endless outback roads.

‘I’ll ring reception at the hotel,’ Ian said. ‘At least they’re up.’ Flipping open his mobile he began a series of calls. The lass at the hotel said the vet wouldn’t come this early we’d better ring the cops. Finally, he looked back at the corpse. ‘Look. The dog’s standing. Wobbly but it’s on its feet.’

We gazed in amazement at the creature raised from the dead. ‘It must have been knocked unconscious,’ I added.

‘And wondering what the bloody hell hit him,’ Pete said.

While Ian put in another call to the cops, we walked back to the dog. He had a few tan spots and looked about four years old. The poor little bugger was shaking probably with shock. We got him to sit down and I patted him tickling behind his ears. The terrier pushed his head into my hand closing his eyes, enjoying the affection. ‘He can’t be in much pain,’ I said. Di, always the nurse, replied, ‘He may have internal injuries.’

‘Get that blue towel, Di. The dog must be cold.’ I suggested. The towel had been acquired due to another pre-dawn departure. The same colour as her surf towel it had been inadvertently packed.

‘That’s good,’ I replied. The proprietor had really looked after us suggesting a great restaurant and organising a discount on a Shark Bay cruise.

Pete wrapped our damaged dog in a swathe of blue while we stood in a cluster waiting for the cops. ‘Look at his eyes. They’re glazed and white.’

‘Blind. Poor thing.’ I gave the terrier another pat. ‘That’s why he was in the middle of the road and didn’t run.’ At least we could no longer be accused of road kill. I thought of the carnage we’d seen on the coast road one morning, a dozen kangaroos slaughtered the night before by road trains.

In daylight hours clutters of birds rising signalled road kill. Jet-black crows were first to react to engine noise. As our vehicle approached, we’d occasionally be rewarded with the sight of a magnificent wedge-tailed eagle. Mighty curved beak, slow flapping wings, dark feathered legs and talons; it was last to leave the bloody feast.

Days before we’d had the goat incident. We used hand-held radios for inter-car communication and warned each other of animals near the road. Ian and I were in front and there were a number of goats nibbling at sparse vegetation. Two bolted across the road so I picked up the radio to tell Di and Pete. I asked Ian to slow down as there was bound to be another. He didn’t listen and accelerated back to 100 kph.

Another goat emerged from behind a bush determined to catch his mates. Brakes screaming, we managed to avoid it as my expletive rang out. ‘You effin idiot. I told you there’d be more.’ In the moment of tension, I’d pushed the transmit button on the radio. When I told him, Ian laughed. ‘You’d better check if our friends heard you going off.’

Tentatively, I pushed the button again. ‘Did you hear that?’ I asked.

‘Sure did,’ Di answered, giggling.

The danger of animals on the road was prevalent throughout our trip. Finally, a van with familiar blue checkering pulled up and two burly young policemen stepped out. The more solid one was way over six feet. Ian relayed what had happened. The dog had no collar on and we didn’t know how to find the owner in a strange town. Taking a cursory look one cop said, ‘It’s probably a camp dog.’

‘But it’s somebody’s pet,’ I insisted. ‘Could be microchipped.’

The larger cop’s eyes matched his pale blue shirt. He put his hands on his hips. ‘Not likely out here, lady. Anyway, we’ll take it to the vet. Do you want the towel?’

Without thinking, I replied, ‘It’s not ours. Di took it from our accommodation.’

A glimmer of a smile lit up the second cop’s face. ‘So the towel is stolen?’ He rested his hand on the bulky blackness of his belt. Di responded, ‘I was going to send it back.’

‘Likely story,’ he quipped. She flung out her arms, wrists exposed. ‘Arrest me now.’

The cop laughed and picked up the terrier. The tall one addressed Ian, ‘We have your name and mobile number if we need to contact you.’ Suddenly I thought: what might this cost us? ‘The dog was blind when we hit it,’ I interjected, ‘don’t let the vet give it bionic eyes at our expense.’

With a throaty laugh, the dog at his feet, the shorter cop shut the passenger car door. The sun’s rays were over the horizon; we hit the road for Meekatharra. 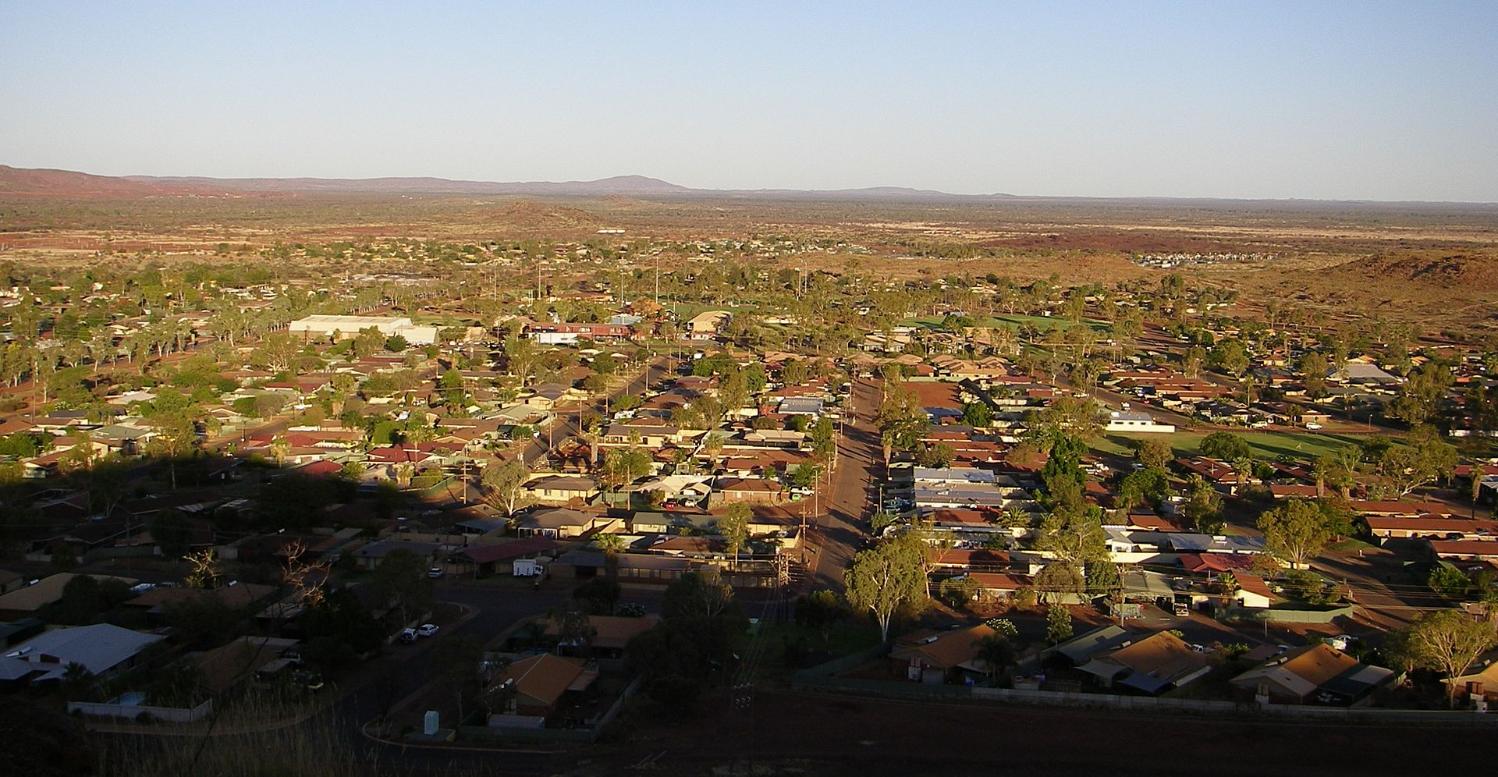